Ahead of the Frankfurt Auto Show, Brabus has revealed its newest AMG-baased creation, the Brabus B35 S with ‘PowerXtra’ tuning.

With the new ‘entry-level’ Mercedes-AMG A35 as a base car, the new Brabus hot hatch already has the potential to be rather potent, with AMG’s original 225kW/400Nm tune coming from the 2.0-litre turbocharged four under the bonnet before Brabus adds its ‘PowerXtra’ tune. 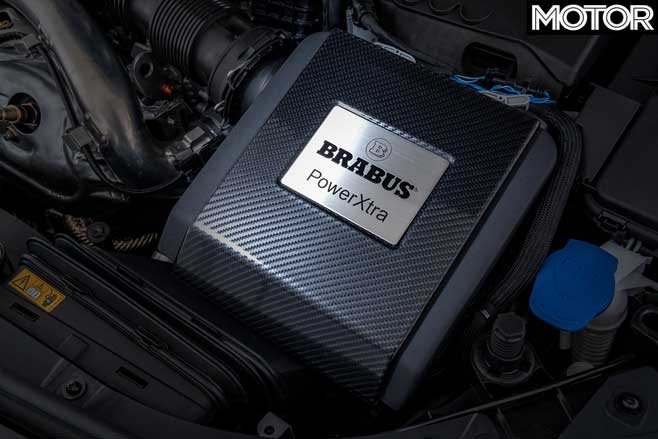 With two levels, the tune from the Bottrop-based outfit is able to give the A35’s output a little bump or bring them to a level nearing that of the last-gen A45.

The lower level tune gives the B35 S a 32kW/60Nm boost, leaving a 257kW/460Nm engine powering the fettled hot hatch, though an extra 11kW can be had with the ‘PowerXtra+’ tune.

While the former is essentially just an ECU tune, the latter comes with a high-performance muffler which is optimised to increase exhaust flow. Given Brabus’ penchant for anti-subtlety, we’d expect that exhaust to pack a few more decibels, which Brabus says ranges “from decidedly subtle to thrillingly sporty.”

The result of the PowerXtra+ kit is the B35 S reaching 100km/h in just 4.4 seconds, though it retains the standard electronically limited 250km/h top speed.

MORE: AMG A35 benchmarked on the original A45 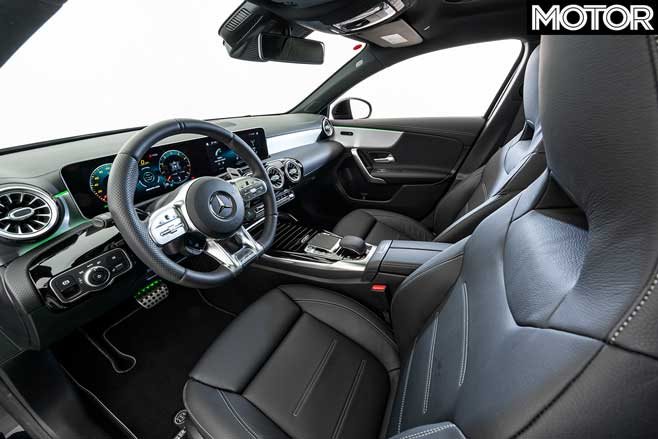 Brabus also altered the styling and aerodynamics of the A35 when creating the B35 S, with a new front spoiler designed to reduce front axle lift at high speed and new inserts which optimise airflow into the intakes.

As with each other car Brabus has created, the interior of the B35 S is also customisable, with requests from customers carried out by Brabus’ upholstery team, “tailored precisely to the customer's taste with regard to colour and upholstery design.”

MORE: The best - and most bonkers - of Brabus 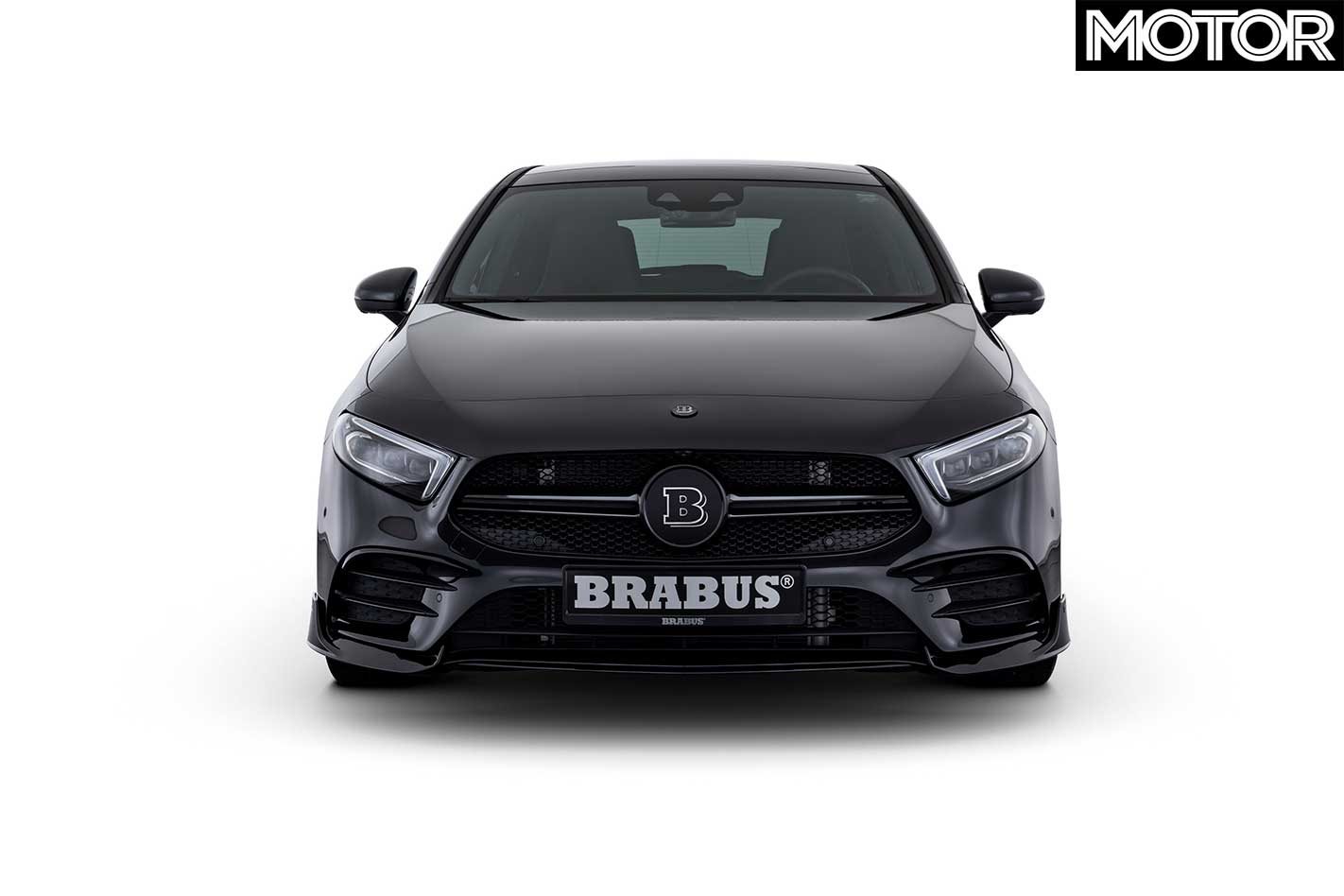 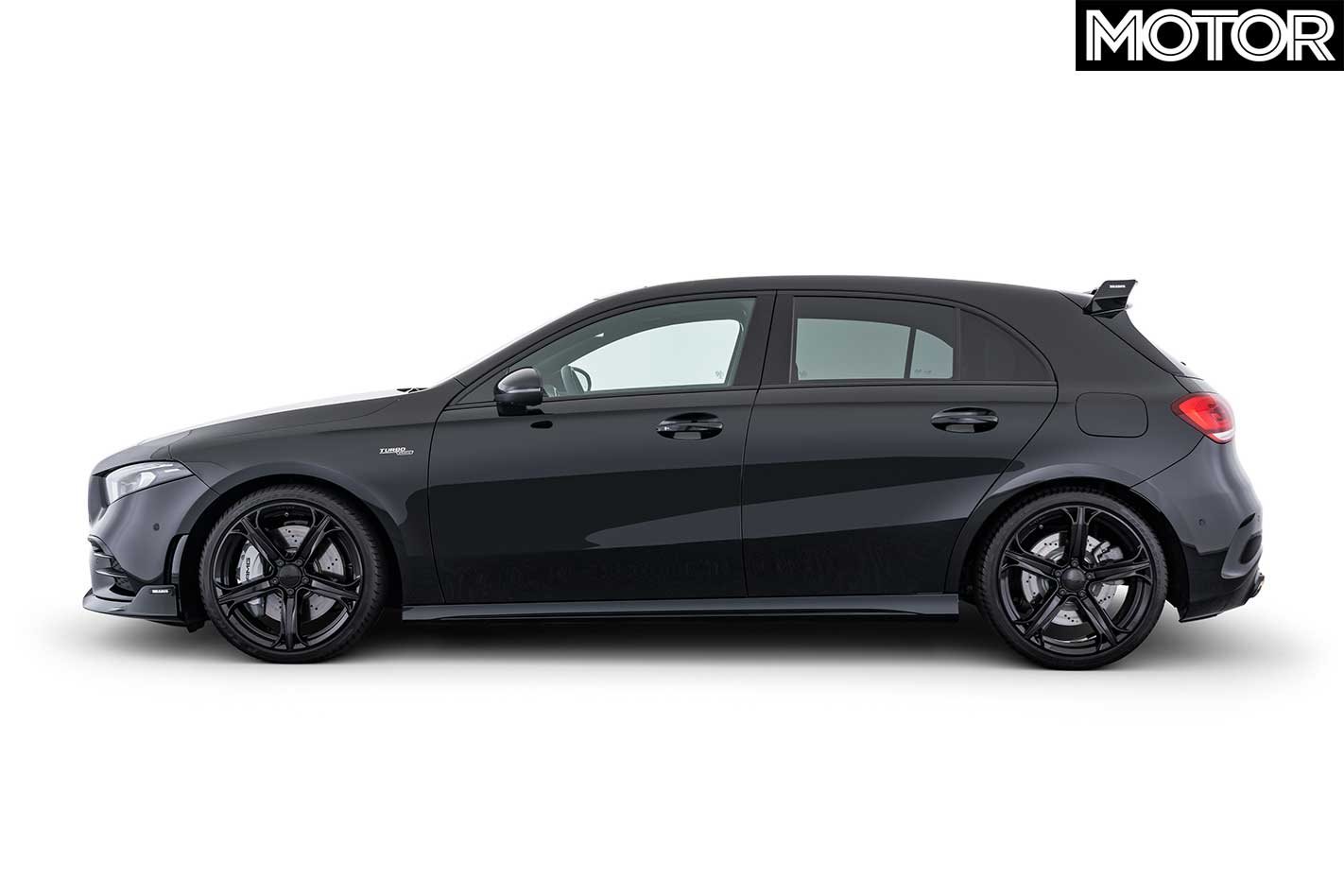 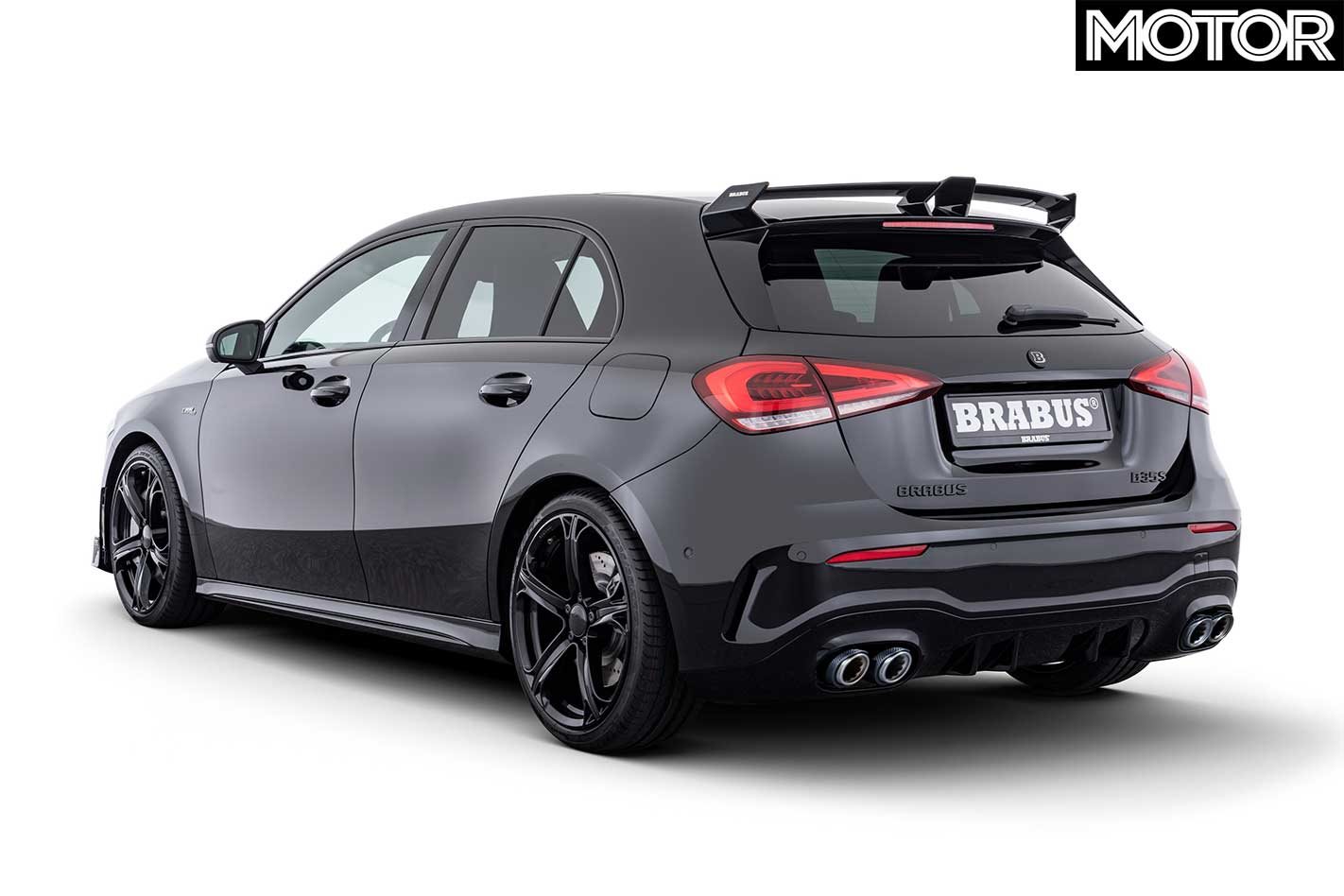 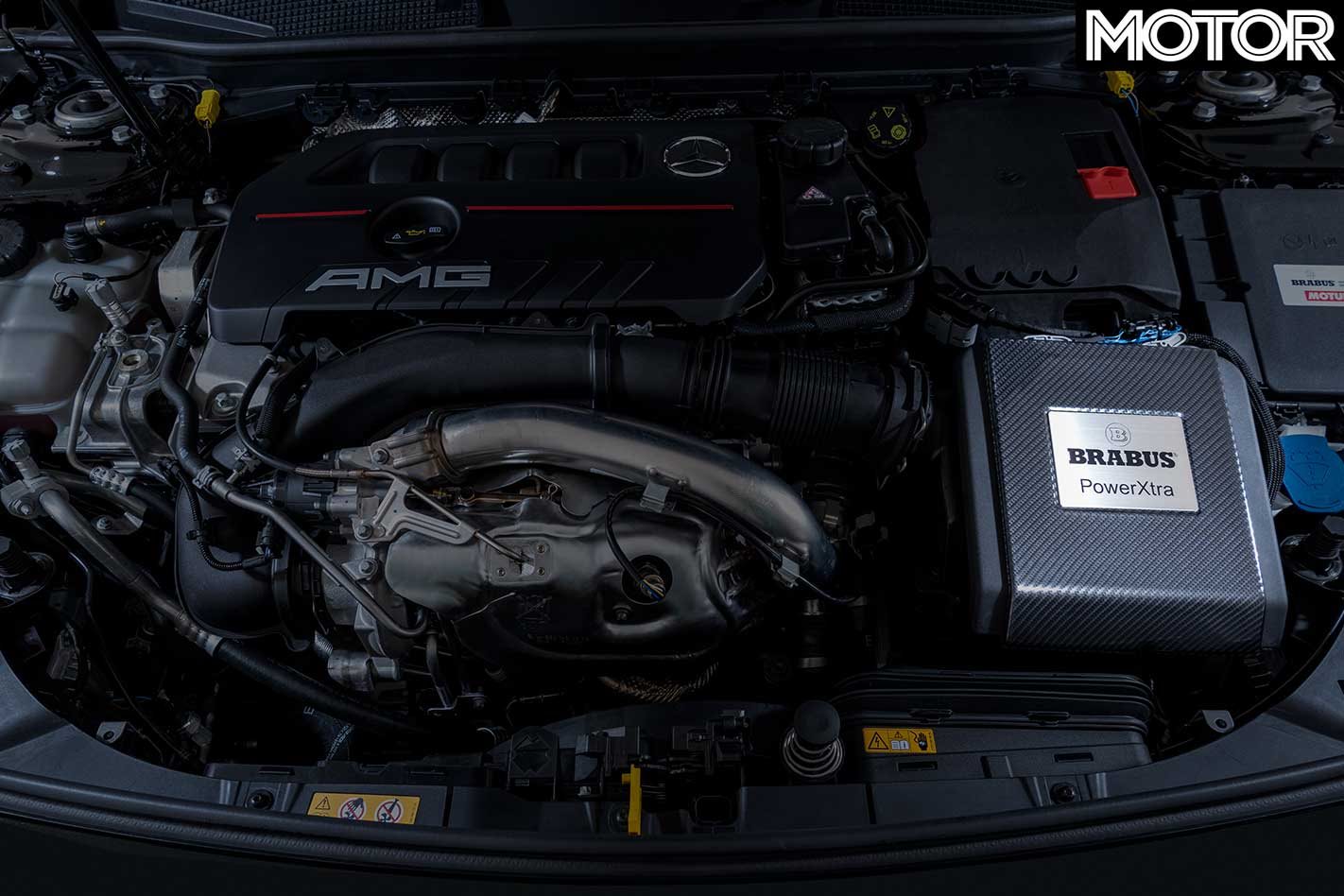 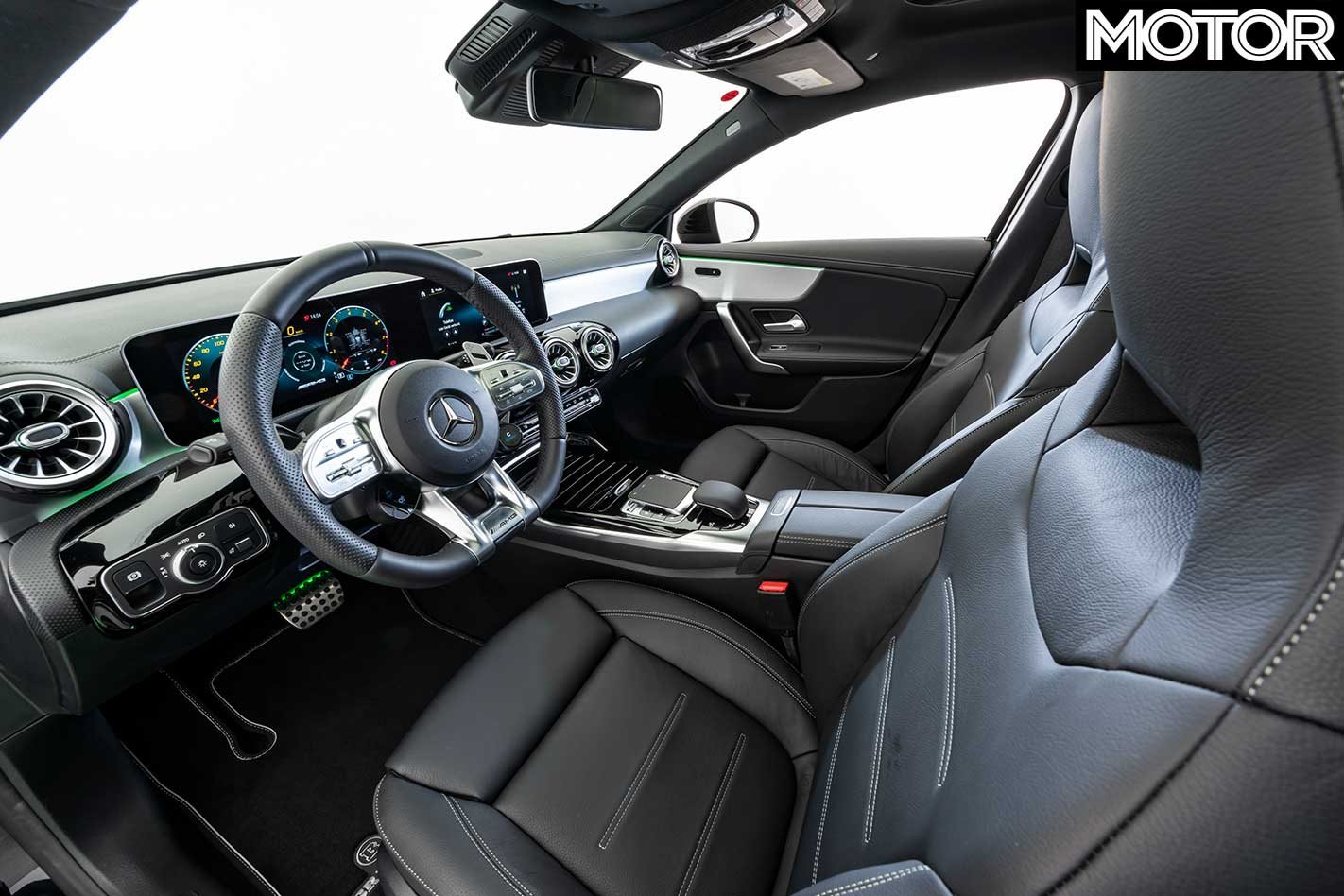 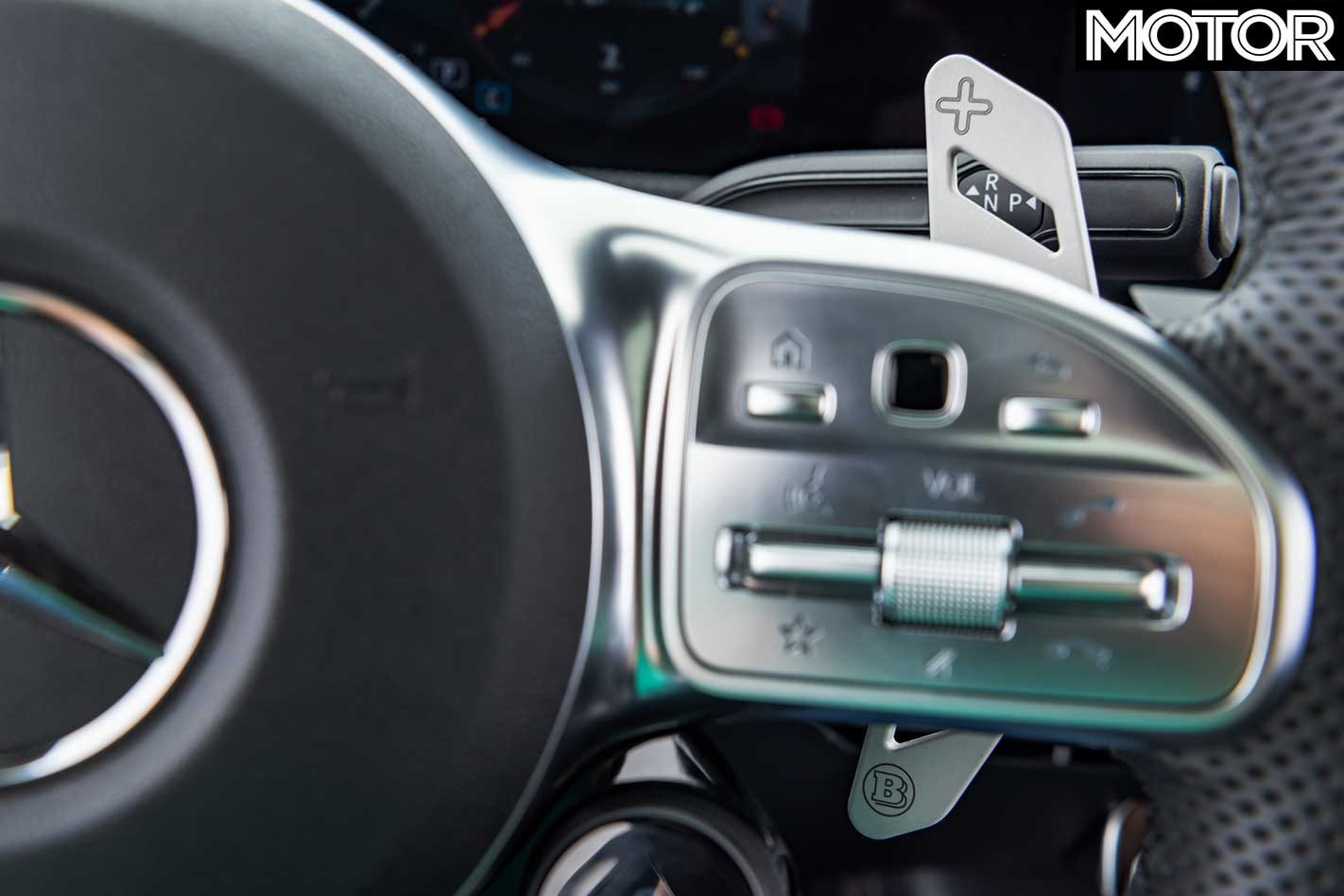 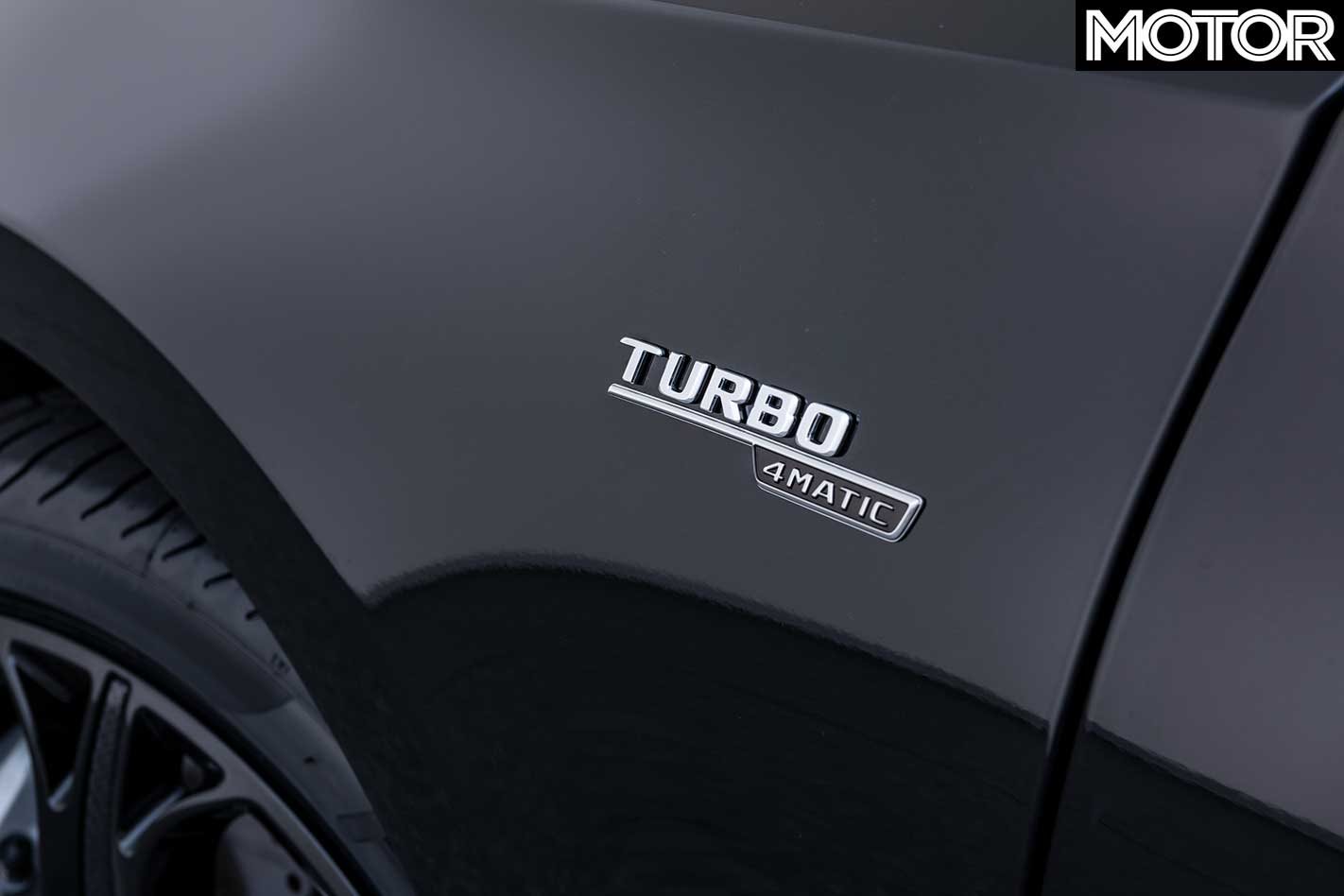 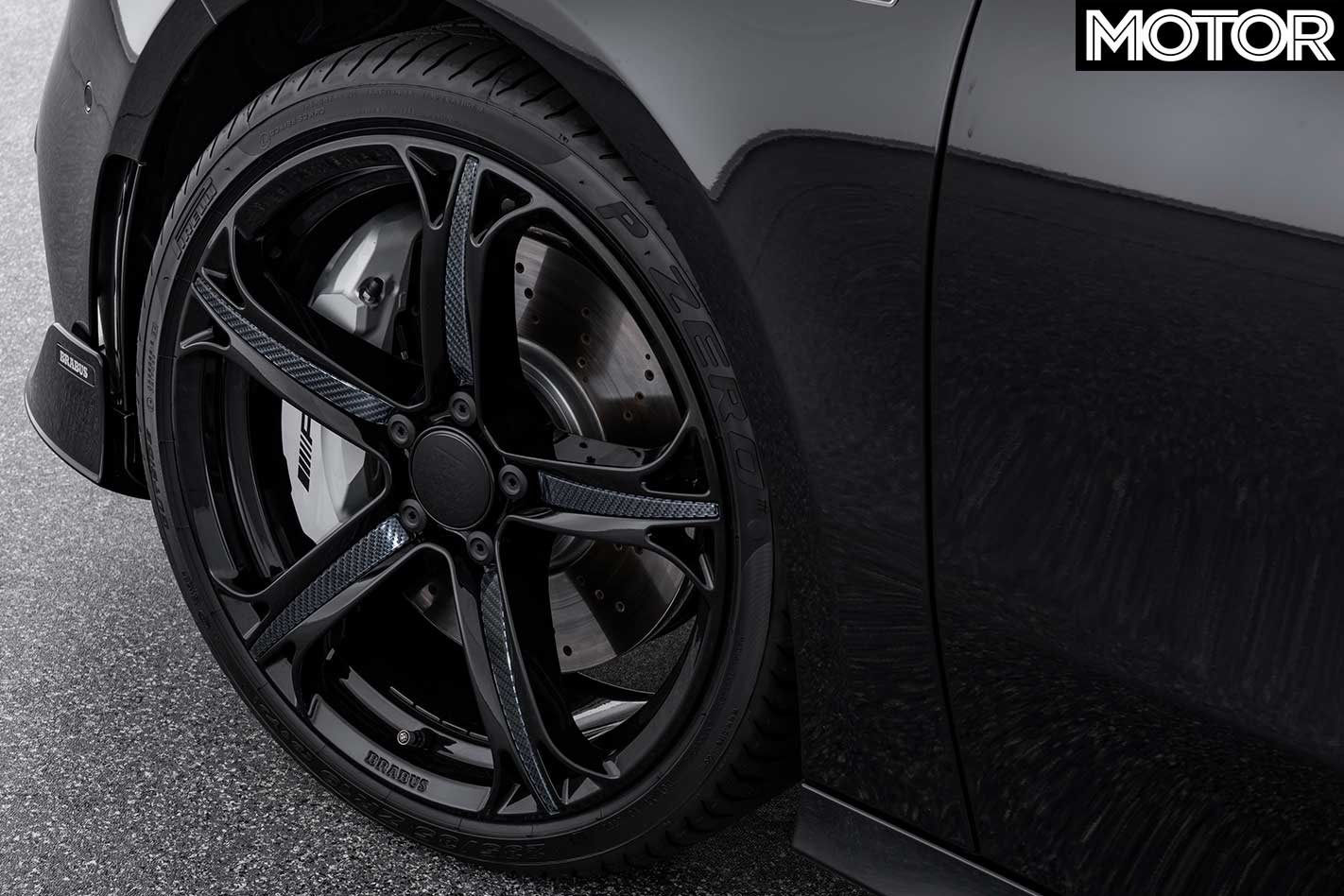 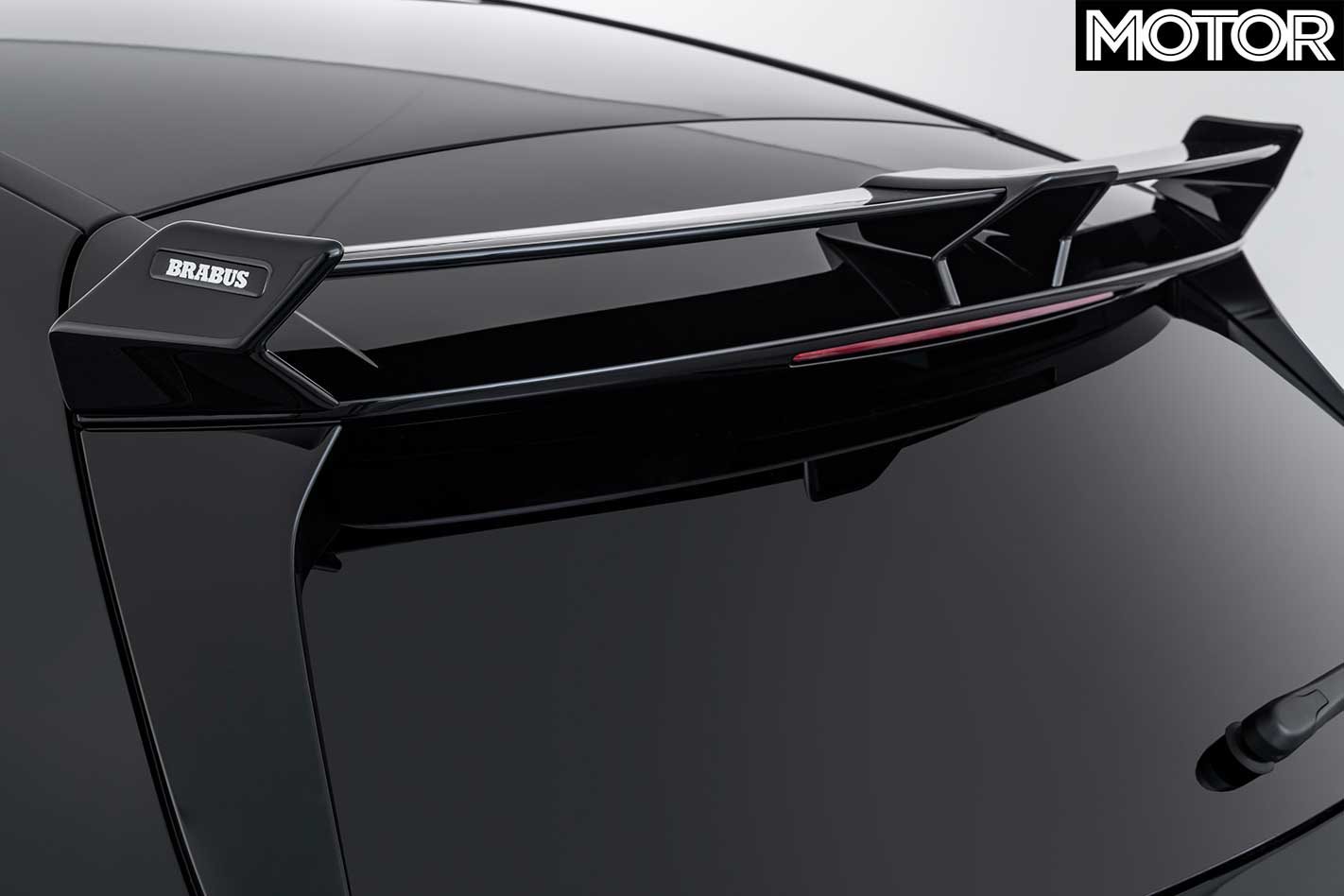 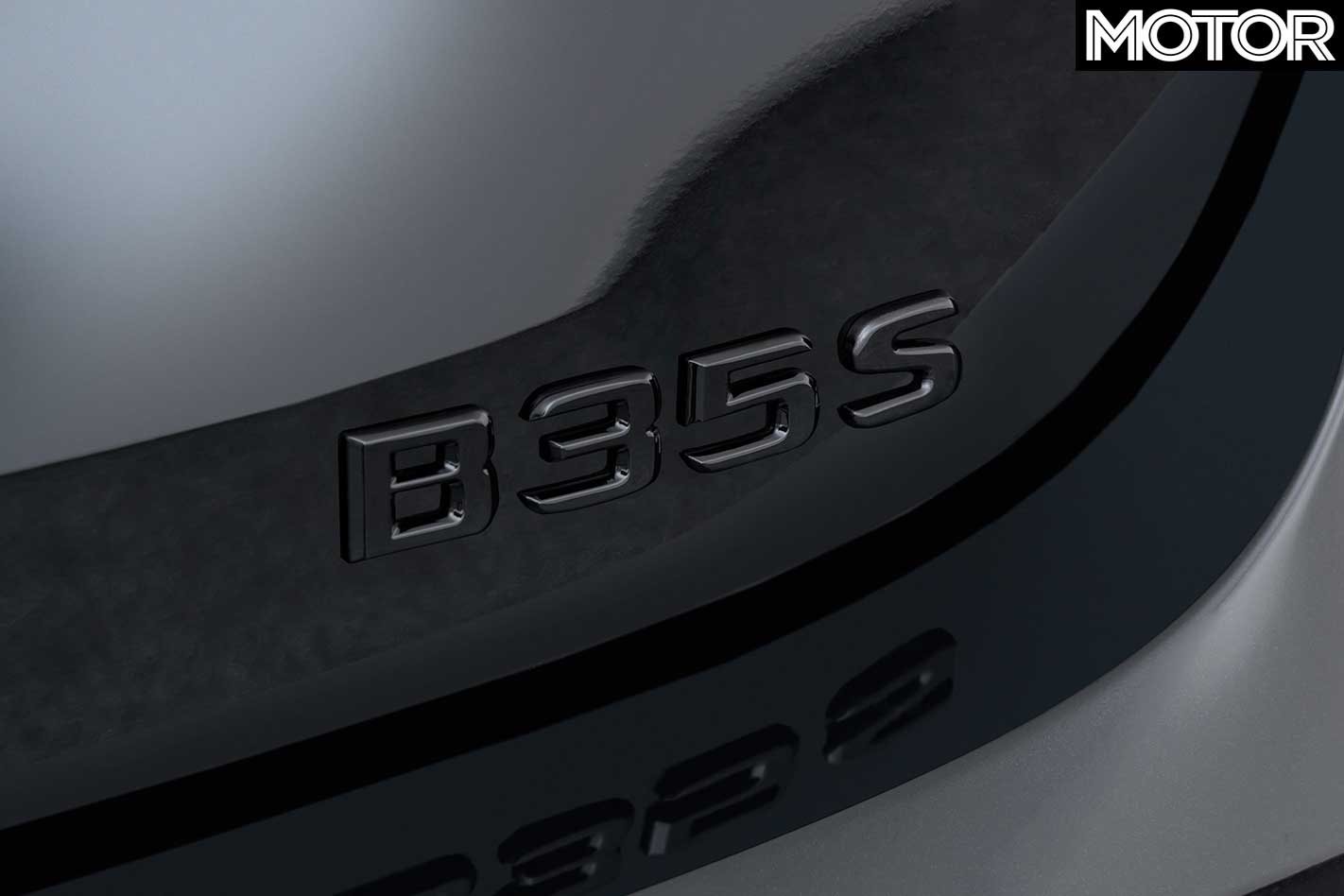