The ‘Black Spur’, snaking out of Healesville on the outskirts of Melbourne, is a popular road for tourists, enthusiasts, and motorcyclists looking to escape the city on a weekend.

As a noted accident black spot, particularly for motorcycles, it regularly attracts attention from the police, with a particular focus on speeding.

There have been rumours for years among the enthusiast community about camouflaged police hiding in the trees to nab unwary motorists, and a recent episode of the TV show Highway Patrol has confirmed these rumours are indeed fact. The segment depicts camouflaged officers wielding cameras and radar guns hidden on a hill, overlooking the sole overtaking stretch along this piece of road.

Motorists detected over the limit are then pulled over further along the road, unaware they’ve been caught until waved in.

The segment concentrates on one Toyota 86-driving motorist, who is detected at 123km/h, 40km/h over the posted 80km/h limit, during an overtake.

Said motorist is unhappy with both the fine and the nature of the operation, arguing that another motorist’s erratic driving forced the overtake. After being told he’s losing his licence for six months and copping a hefty $600 fine, he decides (as he says has been advised to do by a lawyer) that he’s going to try and work out where the camera is, and is again pulled over.

This time, he asks to see the speed detection device which, according to the officer (and Victoria Police’s website), is not a legal requirement for a fine to be issued. 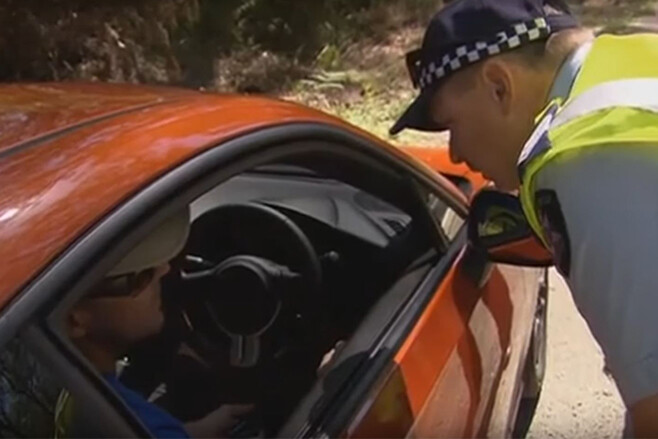 Unfortunately for him, a lawyer’s suggestion to go back and build his side of the argument resulted in a failed court appeal, an eight-month loss of licence, and a $1000 fine.