Land Rover could be putting in rather an icy phone call to the crew at SA4x4 after a news article with full details of the new Defender were leaked ahead of the vehicle’s Frankfurt reveal.
We’d previously only seen a handful of spy images of the Defender, without much in the way of hard information, but the layout from South Africa gives us a lot of the goods on both the three- and five-door versions. 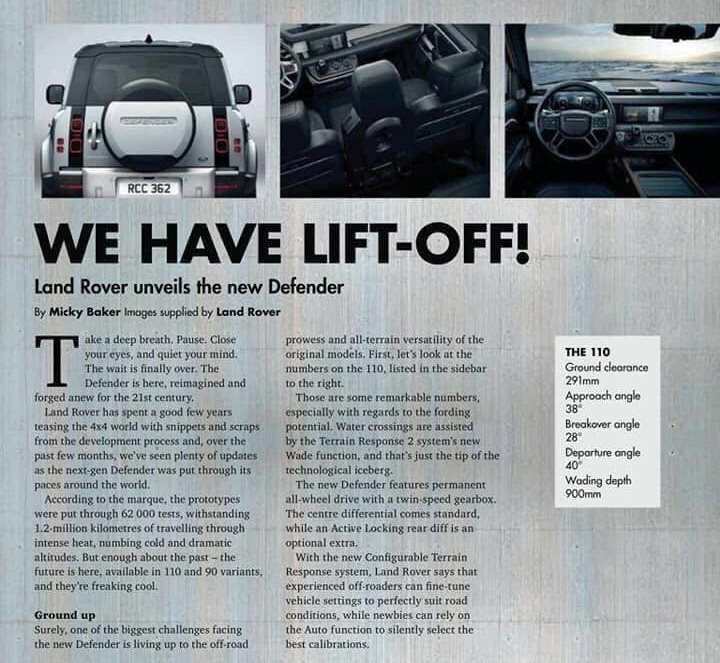 Off-road enthusiasts have been awaiting the numbers on the new 1010. Ground clearance of 291mm, an approach angle of 38 degrees, a breakover angle of 28 degrees, a departure angle of 40 degrees and a wading depth of 900mm will be music to their ears.

The Terrain Response 2 system comes with a specific Wade function and expert users can also fine-tune the settings of the configurable Terrain Response system. If you’re not so confident off-road, leave it in Auto. A ClearSight Ground View camera system makes the bonnet ‘invisible’ via the dash-mounted screen. 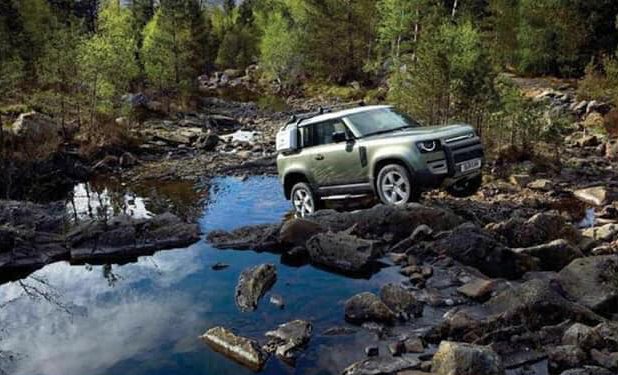 The D7x monocoque chassis is claimed to be three times as rigid as a traditional ladder-frame. Land Rover claims that its 95 percent new and it features fully independent air or coil spring suspension.

Over the air software updates are available for the vehicle and the 100 offers five, six and five plus two seating configurations along with 2380 litres of luggage space with the rear seats folded. The shorter 90 can seat up to six, thanks to a small pop-up jump seat in the front row. 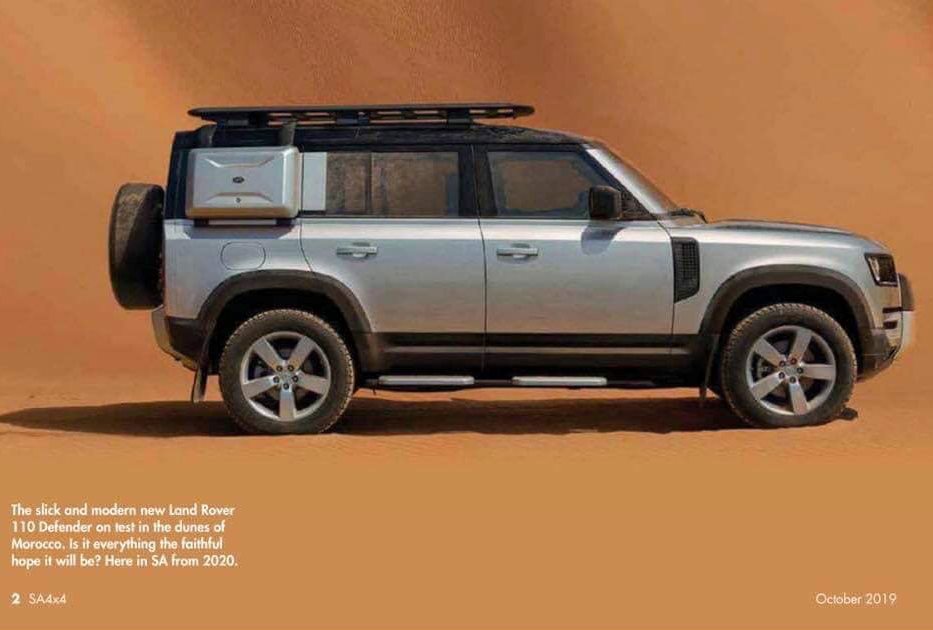 Trim grades run S, SE, HSE, and Defender X, with First Editions being sold during the initial year on sale. To augment this, Explorer, Adventure, Country and Urban packs have been developed.

Launch engines include a 3.0-litre straight-six P400 petrol unit or a 2.0-litre D240 turbodiesel. The P400 is good for 294kW/550Nm while the diesel fronts up with 177kW/430Nm. Additional engine choices will arrive with the launch of the SWB 90. A utility version is also rumoured to be in the works to address the requirements of those who want a more hardcore version.

So what do you think? Rightful heir to the throne or has it gone a bit lifestyle? Hit up the comments and let us know.