AUDI has let loose a new, boosted version of its ferocious RS5 Coupe at the Geneva Motor Show, with two fewer cylinders, but two more turbos.

Neckarsulm’s latest BMW M4 and Mercedes-AMG C63 fighter uses a 2.9-litre twin-turbo V6 petrol engine to produce the same 331kW as the old one, but makes a significant torque leap to 600Nm – well up on the 430Nm produced by the superseded 4.2-litre atmo V8.

Audi claims the downsized engine – smaller even than the closely related 3.0-litre turbo V6 used in the new Audi S4 and Audi S5 – was developed in-house from the ground up, though it has already been seen in Porsche-engineered guise within the bay of the Porsche Panamera 4S producing lesser outputs of 324kW/550Nm. 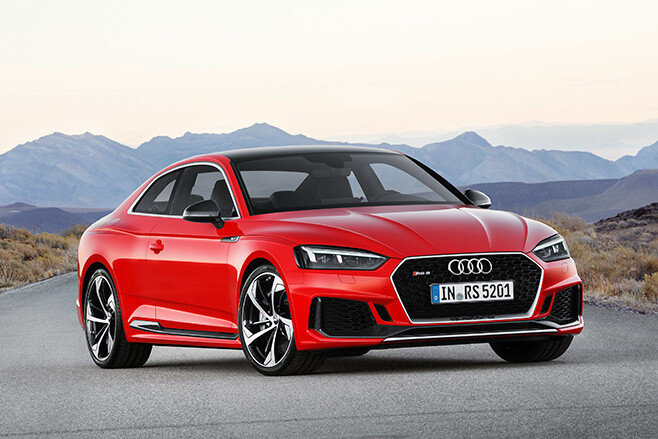 Power in the RS5 now hits harder than before, with the V6 coming on song sooner than the peaky V8, which made its maximum figure at a mighty 8250rpm. Full torque from the V6 is available across a wide band – between 1900-5000rpm – compared with the old car’s tighter window from 4000-6000rpm. 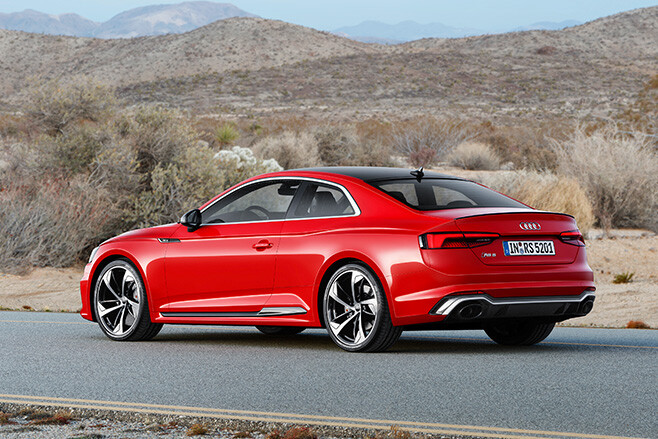 Only an eight-speed torque converter auto is on offer; its RS-specific calibration feeding power through a 60:40 rear-biased quattro all-wheel-drive system.

Kerb weight drops by 60kg to 1655kg via an aluminium intensive construction. A carbonfibre roof is optional. Australian buyers can expect the new RS5 to land before the end of the year, with pricing to be announced closer to its arrival. The previous model sold for almost $180,000.