THE Porsche Panamera 4 E-Hybrid is about to join the sports car maker’s more fuel-efficient line-up, rounding out its grand tourer line-up.

WHAT IS IT?
A petrol-electric version of the second-generation Panamera, powered by hybrid tech inspired by the super-exotic 918 Spyder. 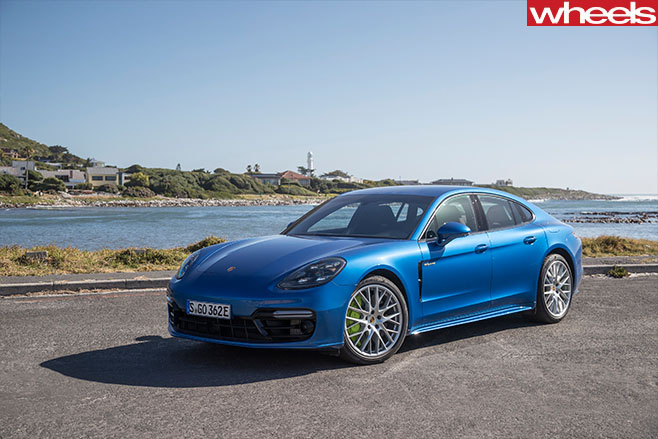 WHY WE’RE TESTING IT
The international launch in South Africa was an opportunity to sample Porsche’s new plug-in and play system well ahead of the Panamera 4 E-Hybrid’s arrival in Australia.

MAIN RIVALS
Heavyweight German hybrids like the BMW 740e and Mercedes-Benz S500e, perhaps also top-end versions of the Tesla Model S such as the P90D. 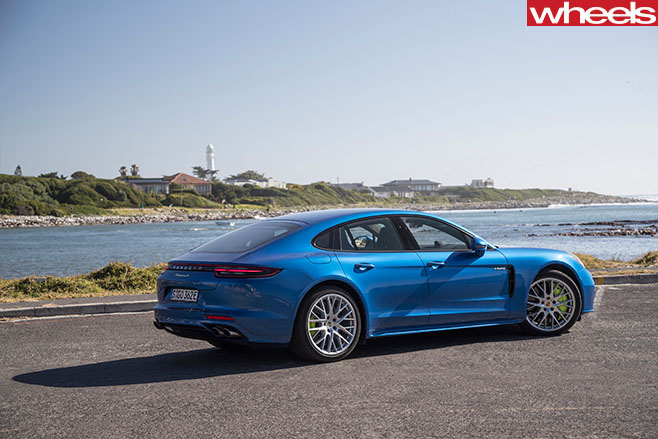 THE WHEELS VERDICT
This is a plug-in hybrid with some real driver appeal to go with its eco cred.

THE WHEELS REVIEW
HERE’S the plug-in petrol-electric Panamera that Porsche really wanted to build. The S E-Hybrid model, introduced in 2013 for the mid-cycle update of the 2009 Panamera Gen I, was a mash-up of components borrowed from other Volkswagen Group brands. Its engine, for example, was an Audi-sourced supercharged 3.0-litre V6. The first Panamera Gen II hybrid, on the other hand, is all Porsche’s work. 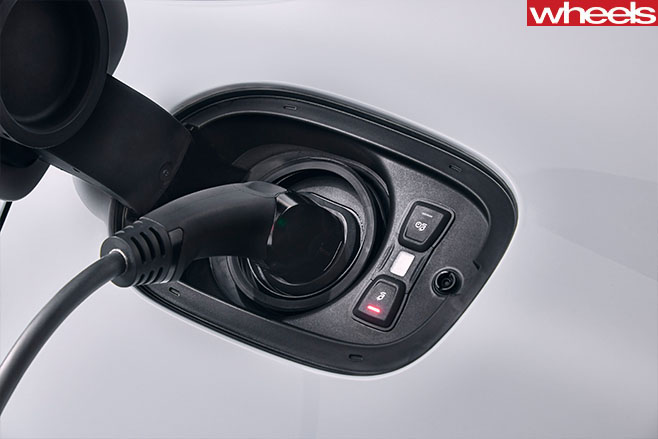 Called 4 E-Hybrid, it will arrive in Australia in the third quarter of this year, around six months after the February 2017 launch of the core Panamera models. It has a Porsche co-developed engine and the company’s new eight-speed dual-clutch transmission. And the operating strategy of the car’s hybrid powertrain draws on expertise earned during development of the 918 Spyder.

The 4 E-Hybrid’s engine is a 243kW twin-turbo 2.9-litre V6. It’s a product of KoVoMo, the clunky German name for a program for Porsche and Audi to jointly develop a new generation of V6 and V8 petrol engines. Maximum output is 243kW. 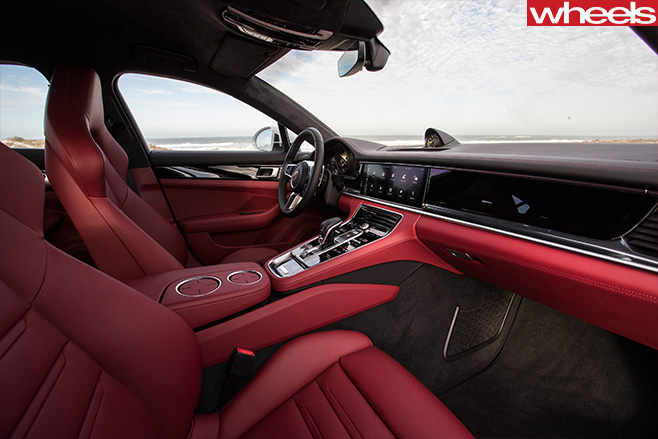 Between the engine and the 100kW electric motor in the front end of the dual-clutch transmission is another clutch. With this clutch engaged both the engine and motor work together. When it’s disengaged, the 4 E-Hybrid becomes an EV. All-wheel drive remains a constant throughout. In Sport and Sport Plus driving modes, the internal combustion engine runs full time. In Hybrid Auto mode it stops and starts, while in E-Power the Panamera runs electric.

Maximum system outputs – with the turbo engine and electric motor working together – are 340kW and 700Nm. These are hefty increases over the Panamera 4. Despite its extra 300kg, the 4 E-Hybrid is much quicker; Porsche claims a 0-100km/h time of 4.6sec, nearly a full second better than the Panamera 4. 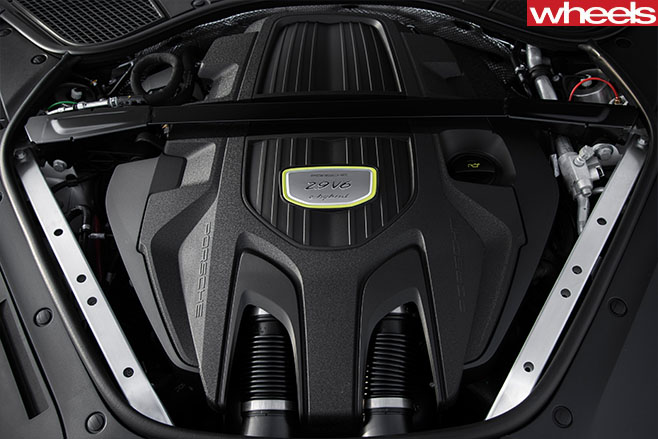 It’s especially responsive at low revs, where the hefty boost of the electric motor is obvious. And E-Power mode is surprisingly strong; the motor delivers 400Nm from 0-2300rpm. Keeping up with urban traffic isn’t a problem. Top speed in this mode is limited to 140km/h.

The 4 E-Hybrid now and then made a jerky shift and the blended braking system was hard to modulate precisely at low speed, but otherwise this car is pure Panamera Gen II. It feels big, especially in width, but agile. It’s refined, though prone to high-speed wind noise around the front windows. Cargo space is very nearly the same, despite the 14kWh Li-ion battery pack beneath its floor that delivers a 50km electric driving range. Only the 4 E-Hybrid’s bright green brake calipers give the game away. 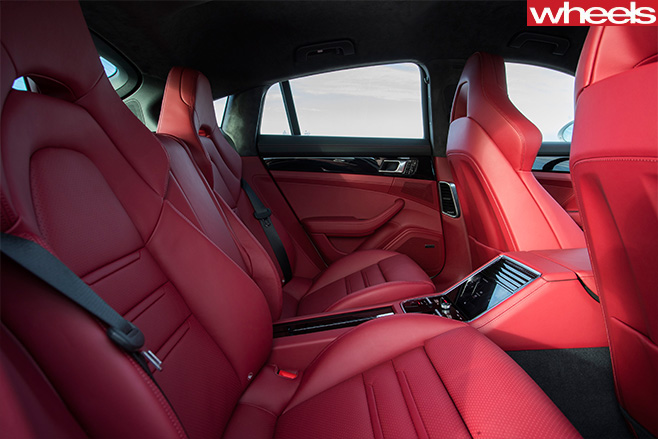 The 4 E-Hybrid will sell for $242,600, around $40,000 less than the rear-drive S E-Hybrid it effectively replaces. In terms of price it slots neatly between the new Panamera 4 and 4S, though its performance is much closer to the latter than the former.

The ability to freely enter zones where internal combustion driving is restricted or banned is one of the main reasons for customers in Europe to choose a plug-in hybrid. This is why the 4 E-Hybrid has E-Hold and E-Charge modes. Menu-selectable when in Hybrid Auto, these let the driver choose to preserve existing battery range or to recharge. 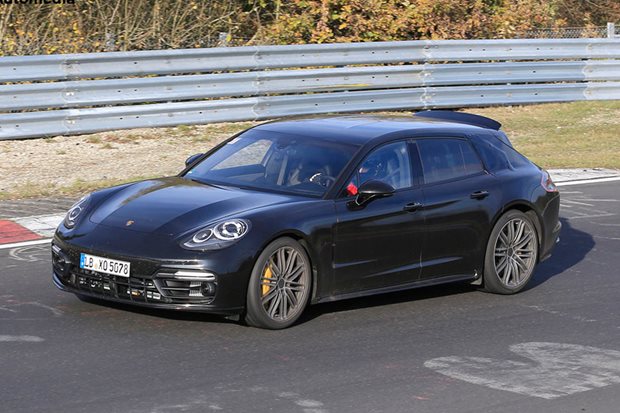