Benz has gifted the AMG treatment to its new-gen C-Class coupe, but this isn’t just a two-door C63 S sedan – it’s an even tougher, burlier, better performance car.

Benz has gifted the AMG treatment to its new-gen C-Class coupe, but this isn’t just a two-door C63 S sedan – it’s an even tougher, burlier, better performance car.

WHAT IS IT?
Yet another variant of Mercedes-AMG’s excellent C63 S line-up, joining the sedan and wagon launched last year, and to be accompanied by a C63 S convertible later this year. 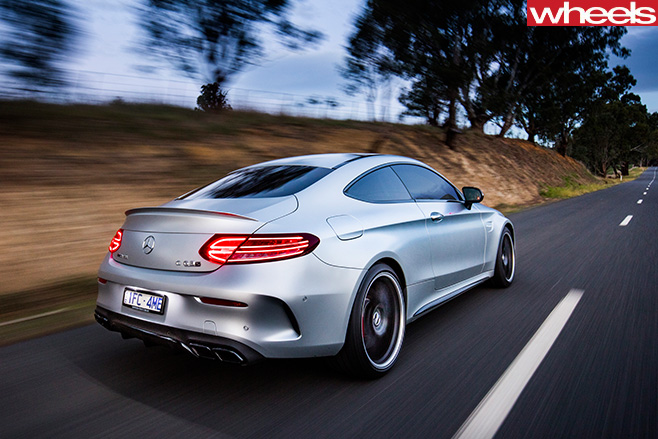 WHY WE’RE TESTING IT
This is the first Aussie road drive of the new-gen C63 S Coupe, following our track drive at Sydney Motorsport Park back in May meaning it’s the real test of how the Coupe’s broader footprint, wider rubber and finessed suspension cope in the wild.

MAIN RIVALS
BMW M4, Audi’s ageing RS5 Coupe (expect a Frankfurt 2017 debut for the new one, and a V6…) and Lexus’s RC-F coupe if we’re simply comparing cylinders and doors. 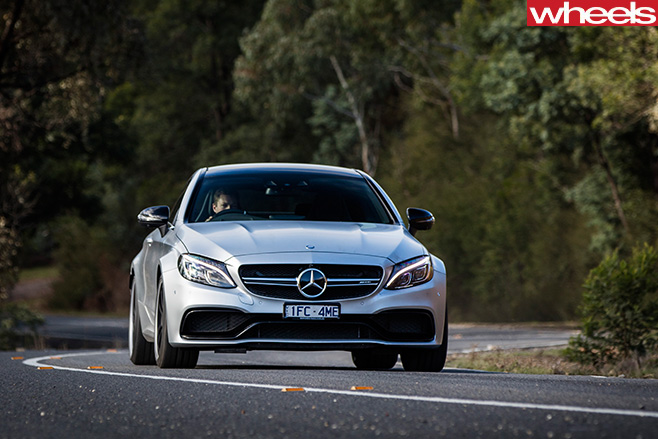 THE WHEELS VERDICT
A lower and meaner, yet sweeter and more fluent iteration of Mercedes-AMG’s brilliant C63 S sedan and wagon. The coupe is more than just a sexier body shape – it’s actually an even better driver’s car. And that shift away from having to house families to one of total driver immersion is one we loudly applaud. The Coupe should always be the duck’s guts, and that’s how it plays out here.

PLUS: A level up on the already superb sedan; sweeter suspension tune; greater poise and confidence.
MINUS: Rear seat feels even smaller than the previous coupe’s, but is still useable; curiously heavier than the sedan 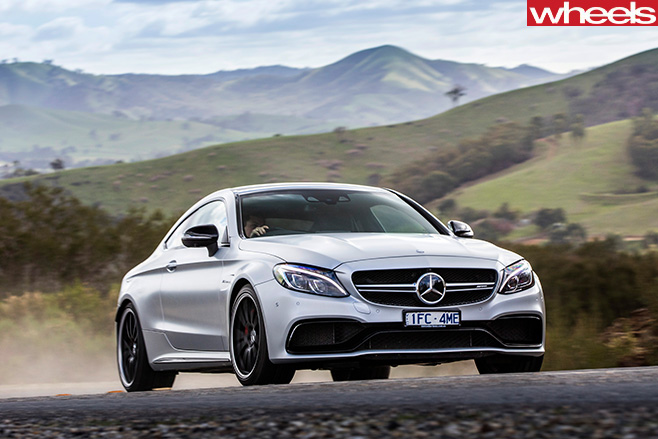 THE WHEELS REVIEW
HAVING spent the last six months living with a Cup-tyred, ceramic-braked C63 S sedan, exposure to the Coupe version of AMG’s ballistic twin-turbo V8 performance star is illuminating. Mainly because the Mercedes-AMG C63 S Coupe is more than just a prettier face.

Beneath its sleeker, sexier bodywork ­– and not all parties agree here – hides a significantly altered and noticeably improved C63 S. Not that there was anything wrong in the first place; it’s just that this broader and burlier two-door version is simply better. 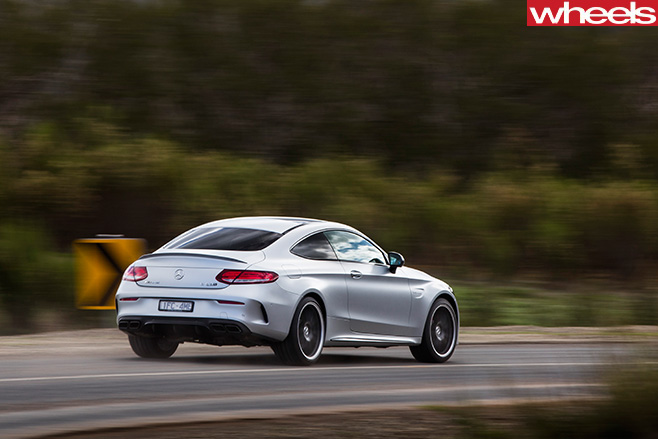 Countering an unexpected weight gain of 70kg, the Coupe fattens up where it counts. Beefier bodywork (by 64mm at the front and 66mm over the driving wheels) houses wider tracks at both ends (48mm front, 22mm rear) which, importantly, carry 5kg-lighter forged-alloy wheels at each corner. The very same wheel, in fact, that will star on Mercedes-AMG’s flagship GT R hot-rod when it launches later this year. 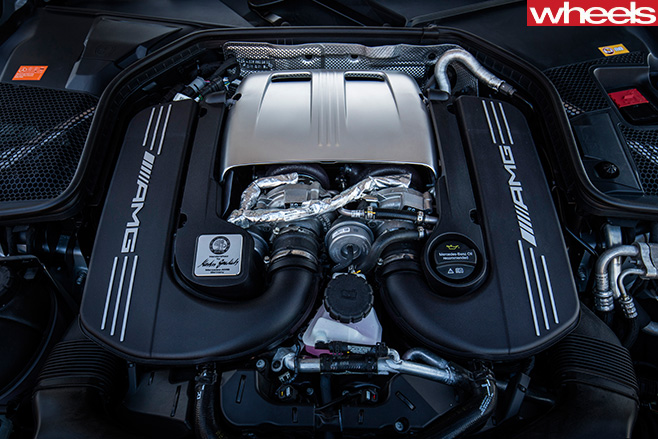 And so it proves out on the road. While the differences aren’t huge, the Coupe has a more planted feel, its broader footprint translating into both a seemingly higher grip limit and slightly sweeter balance. While a direct comparison between my semi-slick-tyred, ceramic-braked long-term sedan and this ‘standard’ Coupe without either of those options is probably unfair, the obvious improvement in the two-door’s genetic tweaking never goes unnoticed. And yet it’s as progressive as ever, with an almost friendly transition into oversteer, juxtaposed against an even meatier exhaust note than its already-thunderous siblings. 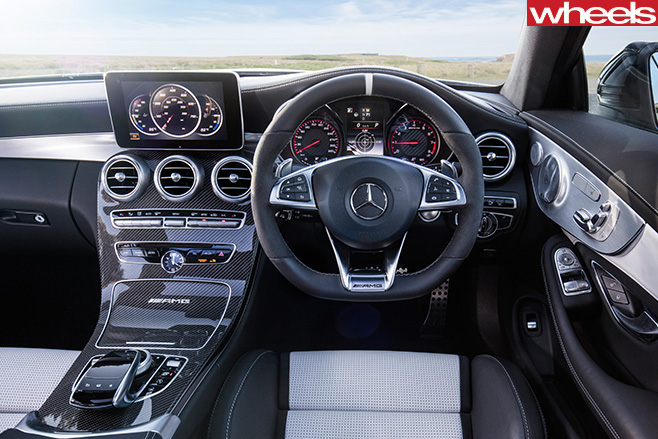 The C63 S Coupe feels to have undergone some spring and damper tuning too. On reasonably well-surfaced, but occasionally scarred Victorian roads, I stuck to Sport in the Coupe, relishing its firmer, more consistent steering response and taut body control. In the sedan, I stick to Comfort because Sport is simply too firm, yet here it proves surprisingly liveable.

Other differences are purely down to opposing body types. I adore the sedan’s side profile but can’t quite love its droopy taillights (I prefer the wagon’s derriere), whereas the Coupe is much more elegant, at least in standard form. 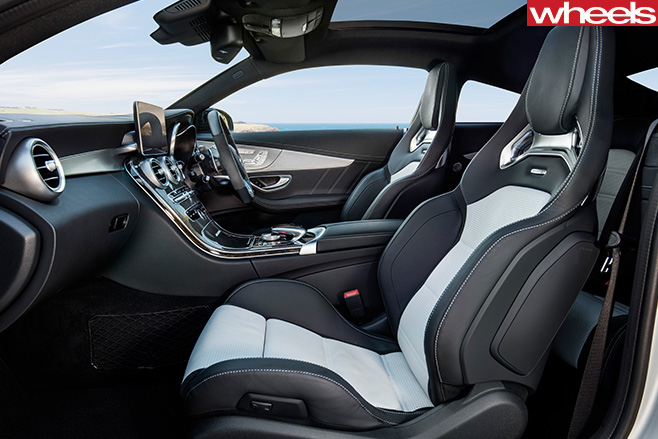 Once you plump it up with all that AMG hardware, however, it looks kinda like a Hollywood glamour model’s upper lip, or a kid walking around wearing daddy’s shoes. The scale isn’t quite ‘normal’, but then neither is the C63 S Coupe, so who cares if it looks like it’s been injecting steroids? In this case, they’re definitely working. BMW’s M4 should be very, very afraid. 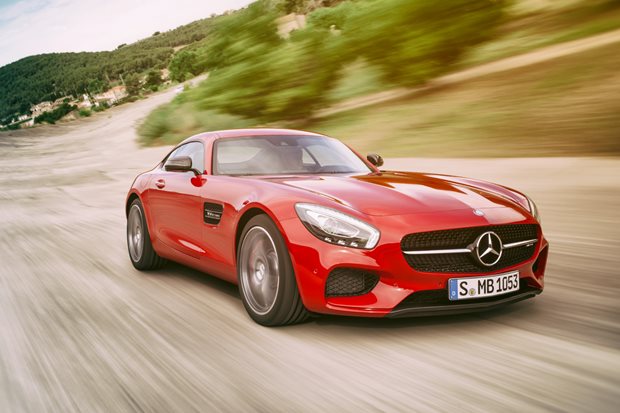 Don’t fancy waiting until 2017 for the AMG GT R? Mercedes’ entry-level GT coupe might be just what you’re looking for – and it will be available sooner