This year’s Geneva Motor Show is set to be jam-packed with fresh metal. Here’s Wheels’ comprehensive summary of what to expect when the doors open on March 7

THE 2017 Geneva Motor Show kicks off in early March, and we’ve already seen plenty of signs it will feature a broad array of metal.

Last year’s show stunned us with everything from a $5 million Bugatti to Toyota's new small SUV, the Toyota CH-R, ranging from outlandish to practical. This year’s show schedule should be just as – if not more – diverse. Supercars will rub shoulders with grocery-getters at the Palexpo arena, with plenty of previews of future models in the mix as well.

Here’s what we expect to see unveiled at this year’s show. Don’t forget: Wheels will be there on the ground, reporting live from the floor on March 7 and 8.

Remember Alpine? We won’t judge you if you don’t, after all, the boutique French sports car brand dropped off the scene in 1995 and hasn’t produced a car since.

Now Renault is resurrecting the Alpine name, and it’s doing so with a bespoke alloy-framed rear-engined sports car that promises to be France’s answer to the Lotus Elise and Alfa Romeo 4C. We can’t wait for this particular French dish to be served up, and we’ll get our first taste of it at Geneva. 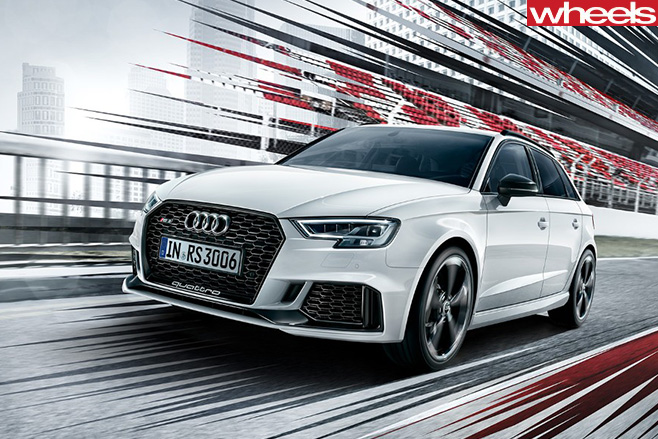 Audi will give its newly re-engined RS3 Sportback its first public showing at Geneva, with the fast five-door’s mechanical spec now matching that of the RS3 Sedan that debuted at the Paris Motor Show last year.

There are also fuzzy rumours of an RS Q8 concept for Geneva, with Audi expected to wheel out a 457kW twin-turbo V8 version of the Q8 Concept plug-in hybrid that bowed at Detroit in January. If that one doesn’t show up, don’t fret – the production version of the regular Q8 is a likely goer for Geneva.

The all-new BMW 5 Series Touring gets its first public airing at Geneva. We’ve seen the pictures. Expect it to look the same on the show stand, and then dream about the M-badged version that we’ll probably never get. 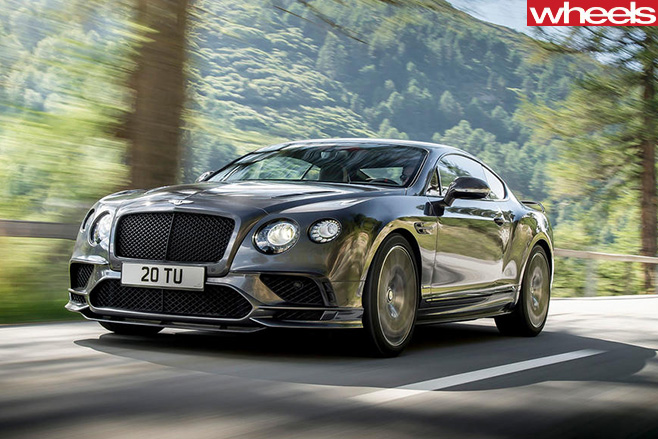 The latest iteration of the Bonkers Bentley has already been detailed online, but the public will at last be able to lay eyes on a physical specimen of the Continental Supersports on March 9 at the Palexpo Arena in Geneva.

The carbon-enhanced bodywork clothes fettled AWD underpinnings and a 521kW version of the ‘regular’ Continental’s monstrous 6.0-litre W12 engine. Zero-to-hundred happens in 3.5 seconds, pretty swift for such a big bruiser. 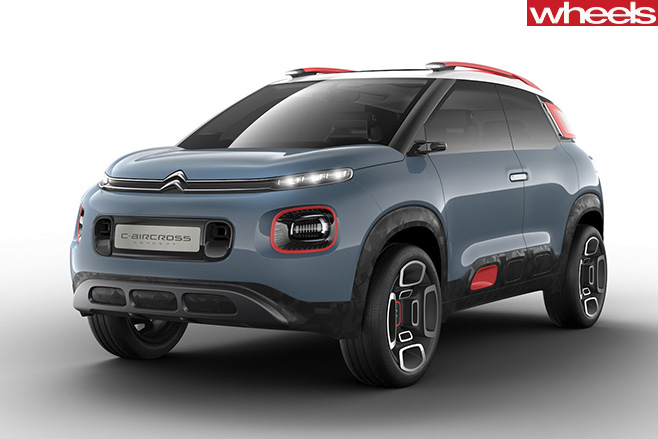 Citroen’s C-Aircross concept is expected to preview the French brand’s replacement for the C3 Picasso micro-people-mover, a car we never received here in Australia.

Flaunting a jacked-up C3 bodyshell with soft-roader styling cues like unpainted plastic composite body armour, the C3 Aircross is a clear sign that Citroen wants a slice of the increasingly-popular compact SUV segment. If you like the C4 Cactus, odds are you’ll dig this one.

M for Mega, that’s the word on the street about Ferrari’s Geneva showstopper, the F12 M. Turning up the wick on the already-brisk Ferrari F12tdf, the F12 M is expected to rock a 588kW/718Nm version of the F12’s 6.3-litre V12, easily eclipsing the F12tdf’s outputs and rocketing it to 100km/h in less than three seconds. Monstrous!

The Korean car maker used last month’s US Consumer Electronics Show – the world’s biggest technology showcase – to announce it would have something special to show at Geneva. That something special is believed to be a fuel cell vehicle wrapped inside the Hyundai Tucson small SUV – the successor to its existing ix35 fuel cell demonstrator.

The luxury arm of Nissan has been something of a tease at Geneva. It promised us excitement in 2014 with the Q50 Eau Rouge concept, a Godzilla-hearted sedan with smokin’ performance, but it all came to nothing. The car maker has booked a presentation slot at Geneva, so they’ll have something to pull the covers off. The question is, what?

How do you make a sporty sedan look even sexier? Turn it into a station wagon. There’s something perversely appealing about rear-drive load luggers, and when the base car is the already-stunning Jag XF, a wagon variant is bound to excite the eyeballs. Didn’t warm to the F-Pace SUV? Perhaps try the XF Sportbrake on for size. 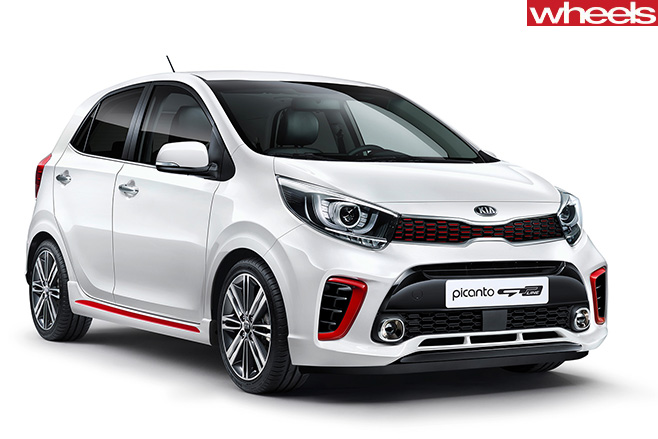 At the other end of the scale from the F12 M is the petite Picanto, which in this all-new second-gen model gives Korean automaker Kia a fresher offering for shoppers in the entry-level city hatch segment. 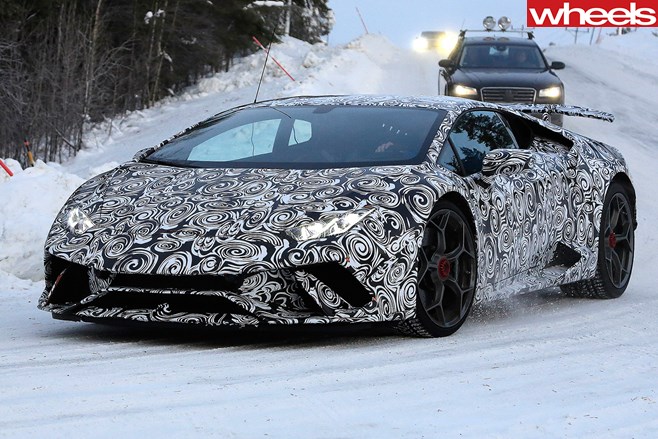 Lamborghini’s presence at Geneva will be headlined by the Huracan Performante, a stripped-down, ‘roided-up version of the V10-powered Huracan designed to duke it out with the upcoming Ferrari 488 Speciale and Porsche 911 GT2 RS.

Numbers are still secret, but word on the street is that kerb weight drops by 40kg, outputs rise to around 480kW/630Nm and the zero-to-hundred falls to three seconds flat. Meanwhile, track-tuned active aero keeps you from spearing off into the gravel traps.

Following on from the new GA-L platformed LS’ debut at Detroit, Lexus will wheel out an electrically-assisted version in the form of the LS 500h at Geneva. Lexus is saving the details for the show, but if you’re keen on parking some large Lexo luxe in your driveway you’ll need to wait until this time next year.

Supercar specialist McLaren will unwrap its successor to the McLaren 650S and 675LT family of cars when it reveals the next-gen Super Series range. All we know is that the new Super Series will be built on the brand’s latest carbon-tubbed architecture, and that it will feature something called “variable drift control”. Ostentatious oversteer will be yours for the taking.

Oh lordy. Those long, boozy lunches of bratwurst, beer and sauerkraut have spawned the ugliest creation to ever come out of Stuttgart; the V12-engined Mercedes-Maybach G650 Landaulet. A storming luxury off-roader for the wilds of Africa cleverly constructed to allow lions to peel open the back like a banana and eat the occupants. 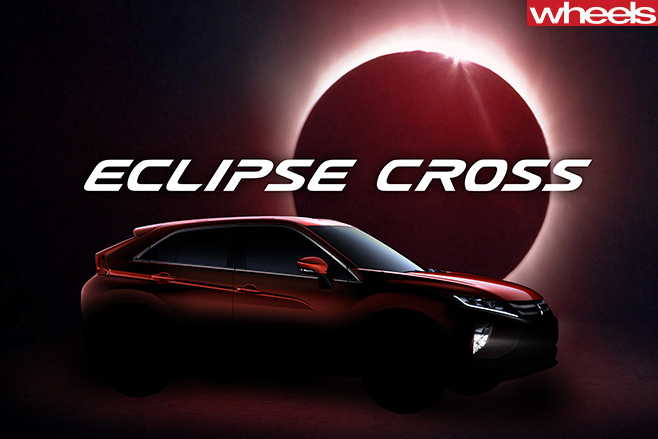 The long-awaited companion to the still-popular ASX small SUV will greet crowds at the Mitsubishi stand in Geneva, but the Japanese automaker’s decision to apply the Eclipse name – a badge previously attached to a sporty two-door coupe – is a puzzling one.

Nevertheless, with SUV sales on an ever-upward trend we can expect the new Eclipse Cross to be pivotal for Mitsubishi, and will set the template for the company’s next generation of family-friendly soft-roaders.

The Grandland X is Opel’s replacement for the Zafira, its fairly unassuming (and unexciting) European-market people-mover. With the Opel Grandland X, Opel has taken its compact seven-seater and given it the crossover treatment courtesy of a raised ride height and black plastic body cladding, but while the Zafira has made it over here before,  the jury is out on whether the Grandland X will come our way. 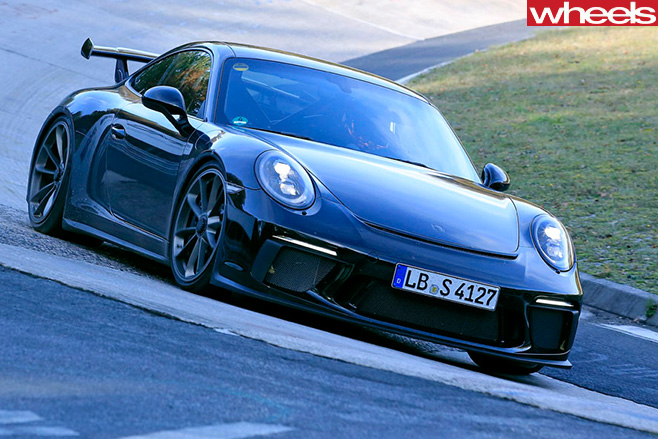 The Panamera grand tourer adds a bit of booty to grow into the 2017 Porsche Panamera Sport Turismo. It basically allows select Porsche owners to pack a small dog for the trip to the beach. Of more interest to us, though, is the 911 GT3 packing an all-new 4.0-litre flat six under its swept, svelte, massively bewinged form.

Not everyone wants the small shit-carter’s hat look of a Range Rover Evoque. To cater to them, in will step the Velar, a large mountain-climbing coupe to take on the likes of the BMW X6 and the Mercedes-Benz GLE Coupe.

In the past, “Scout” was Skoda’s name for a passenger car dolled up as a rugged, off-roading adventure lifestyle-loving SUV. The Kodiaq, Skoda’s all-new SUV, now adds the “Scout” name to become a rugged, off-roading adventure lifestyle-loving SUV. Which it sort of was in the first place. We also expect to see the Octavia RS245 unveiled, revealing ever-so-slightly more power and performance than the car it replaces. 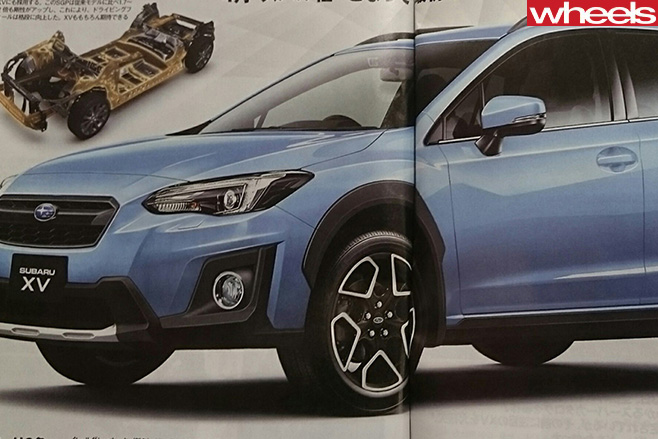 The crossover-styled version of Subaru’s Impreza five-door hatch is set to debut at Geneva, flaunting a jacked-up body with Forester-esque ground clearance and black plastic wheel arch extensions for some visual brawn.

With buyers continuing to migrate from small hatches to compact SUVs, expect to see plenty of XVs on Aussie streets when it launches later this year.

We’ve already seen Suzuki’s brand-new Swift light hatch in Japanese-market form, but its European-market equivalent is set to make its first public appearance at Geneva. With Aussie-spec Swifts expected to largely mirror the European offering, we should learn more about what the next-gen Swift will offer ahead of its local arrival. 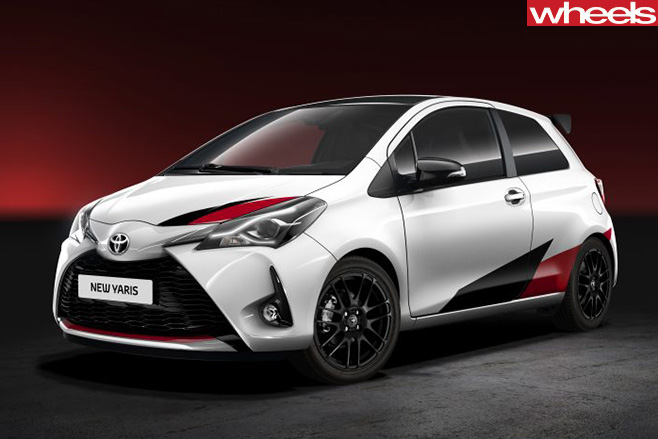 Not since the Japan-only Starlet GT of the 1990s has Toyota had a truly ball-tearing light hatchback, but the Big T is set to return to the compact hot hatch segment at Geneva when it whips the covers off its as-yet-unnamed turbocharged Yaris.

Tentatively named Yaris Gazoo, the three-door boasts a turbo four-pot with 157kW of power, plenty of handling mods and a bodykit to let others know you’re in something a little more potent than your gran’s Yaris. The sad news? We won’t be getting it.

The Volkswagen Arteon sounds more like a Japanese manga character than a mash-up of metal, rubber chrome and leather. But it’s VW’s name for its CC four-door coupe replacement that will sit at the pointy end of the Passat sedan range. We’ve only seen drawings, so the real thing will be something of a surprise.

Of greater market relevance is the production version of the T-Roc compact SUV, a Polo-sized soft-roader that will give Tiguan the baby brother it’s always wanted.

Volvo’s product revitalisation plan has already borne fruit in the form of the XC90 and S90/V90, but so far the Swedish automaker’s volume-selling XC60 still soldiers on without a box-fresh replacement. That’s expected to change in March, with an all new XC60-sized concept rumoured for Volvo’s Geneva stand. 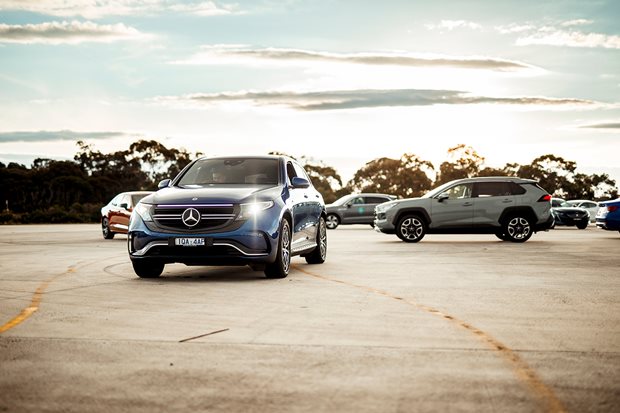