dir="ltr">THE 2018 Hyundai Veloster has had yet another tease ahead of its official arrival, this time showing more of the visual form that will add to the excitement of the all-new four-door coupe.

Due for a full reveal at next month’s Detroit Motor Show, we can see the new Veloster loses some of the goofy looks of the model it will replace. The trapezoidal grille now sits much lower, taking up less space than the black maw that dominates the current Veloster. The headlights become more aggressive, with a Ford Falcon FGX-style LED light display tracing the trailing and bottom edges of the smaller, more modern-looking headlight assembly. Even the bonnet, now featuring a subtle power bulge rather than the odd-look recesses, looks vastly improved.

The lower air dam is punctuated by angular, almost Lamborghini-esque features that are likely to house the fog lights on more pedestrian versions of the Veloster, and adapt to feed cooling air to the brakes on Turbo and Veloster N versions of the hatchback. 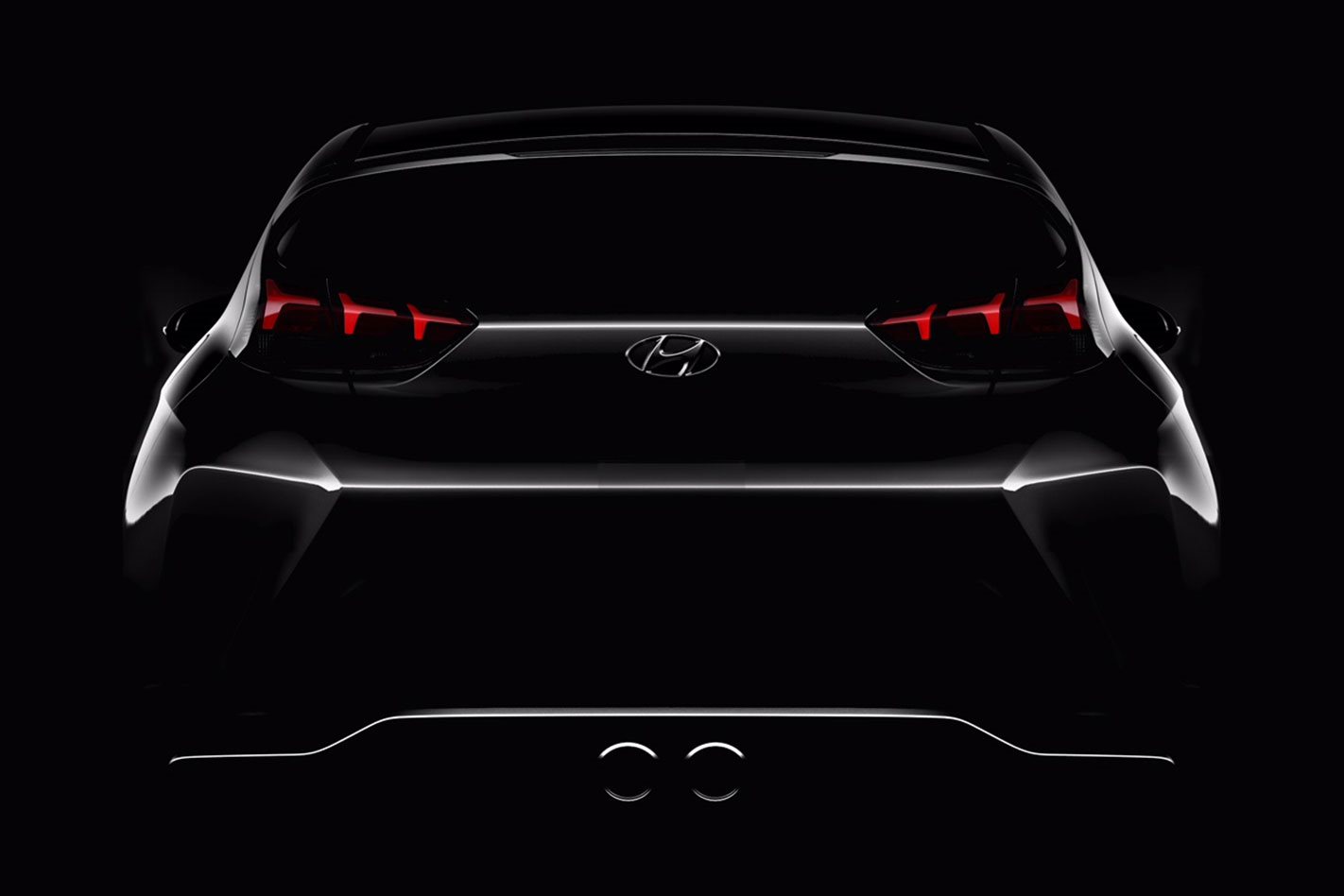 Down the rear, the Hyundai Veloster gains Peugeot-style cat-claw tail-lights that frame the pinched-in glasshouse that gives the hatch much more muscular proportions. We can also see a high rear bumper, and a deep diffuser etched out above the signature Veloster twin exhaust pipes that keep the circular tips of the current SR Turbo model. Overall, the rear looks much lower and wider than the stretched, vertical look of the model it will replace.

The side profile shows the Veloster will keep its quirky four-door looks, featuring a rear door behind the front passenger side one. The raked windscreen now flows back into a subtle ducktail, while the wheel arches lose some of their hard lines. The rear glass now seems to run even deeper into the C-pillar, with something of an inverted Hoffmeister-knick about it. 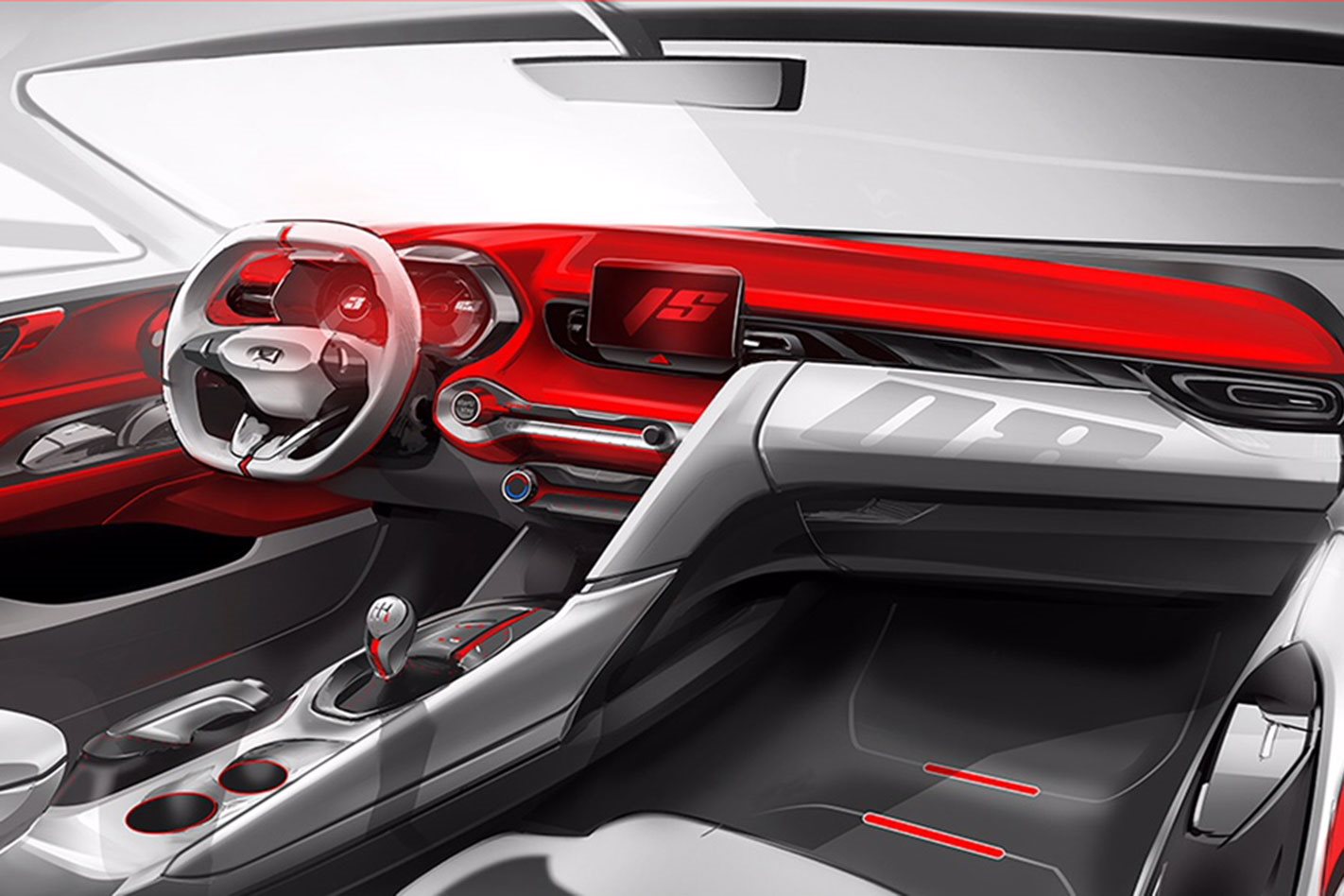 Hyundai also teased an illustration of its interior design for the Veloster, showing a concept that looks nothing like the current i30’s. More angular and edgy, it gives the Veloster a sports car feel, as well as a much more natural integration of the multimedia screen that rises from the centre of it. The trapezoidal grille is reflected in the tight instrument cluster framed inside the squared-off steering wheel. Whether any of the elements that have made their way into the design brief make it into the production car are yet to be seen. 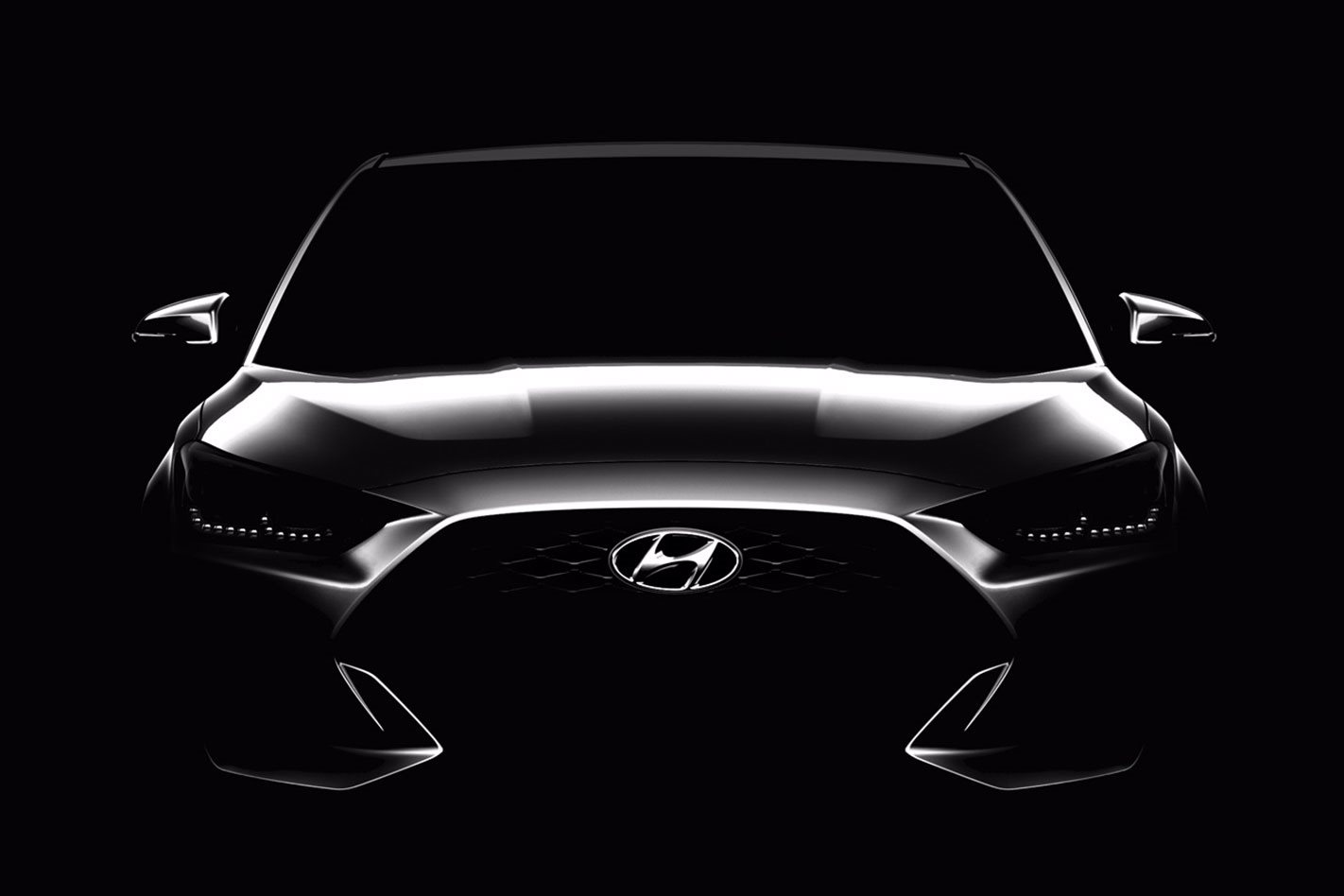 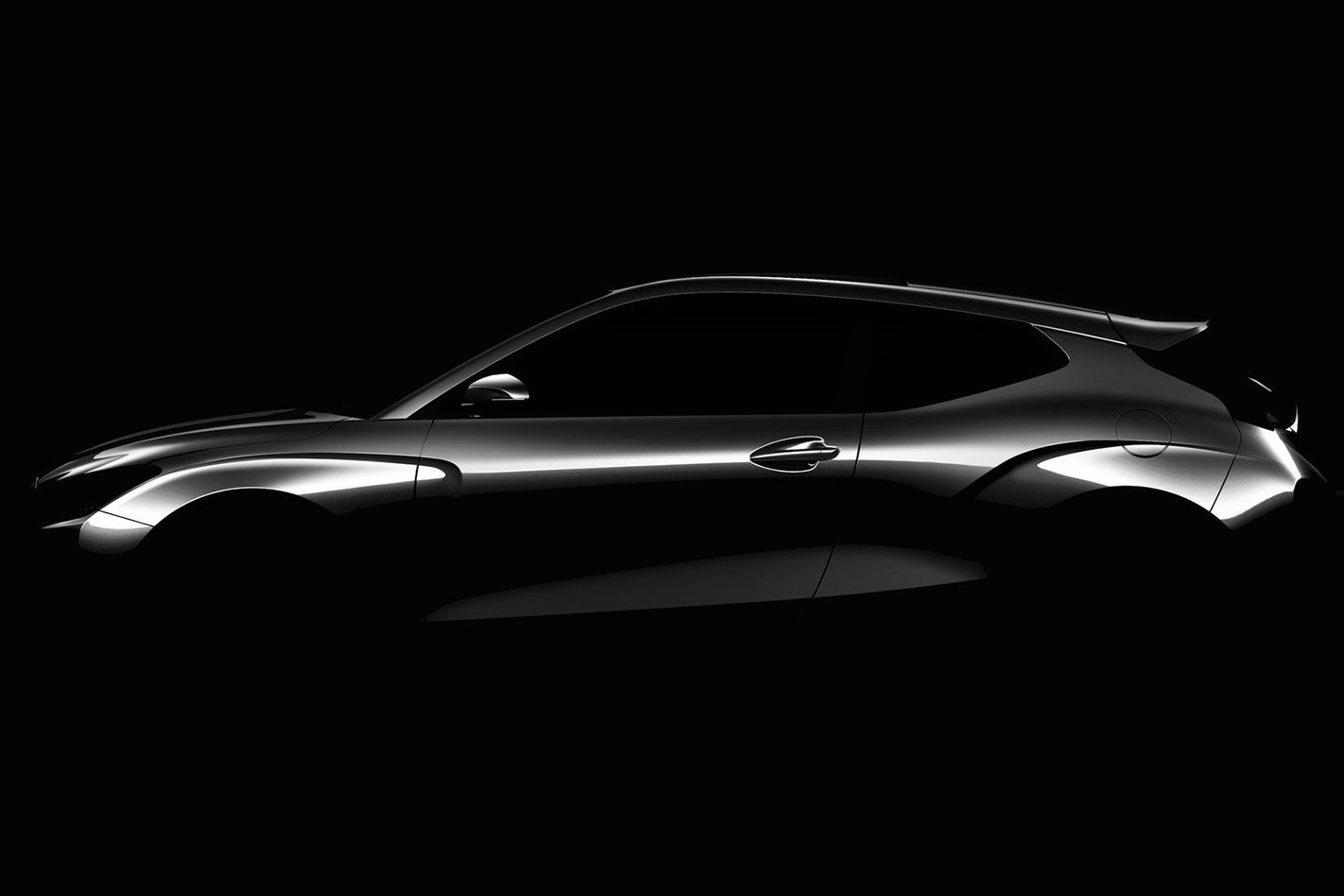 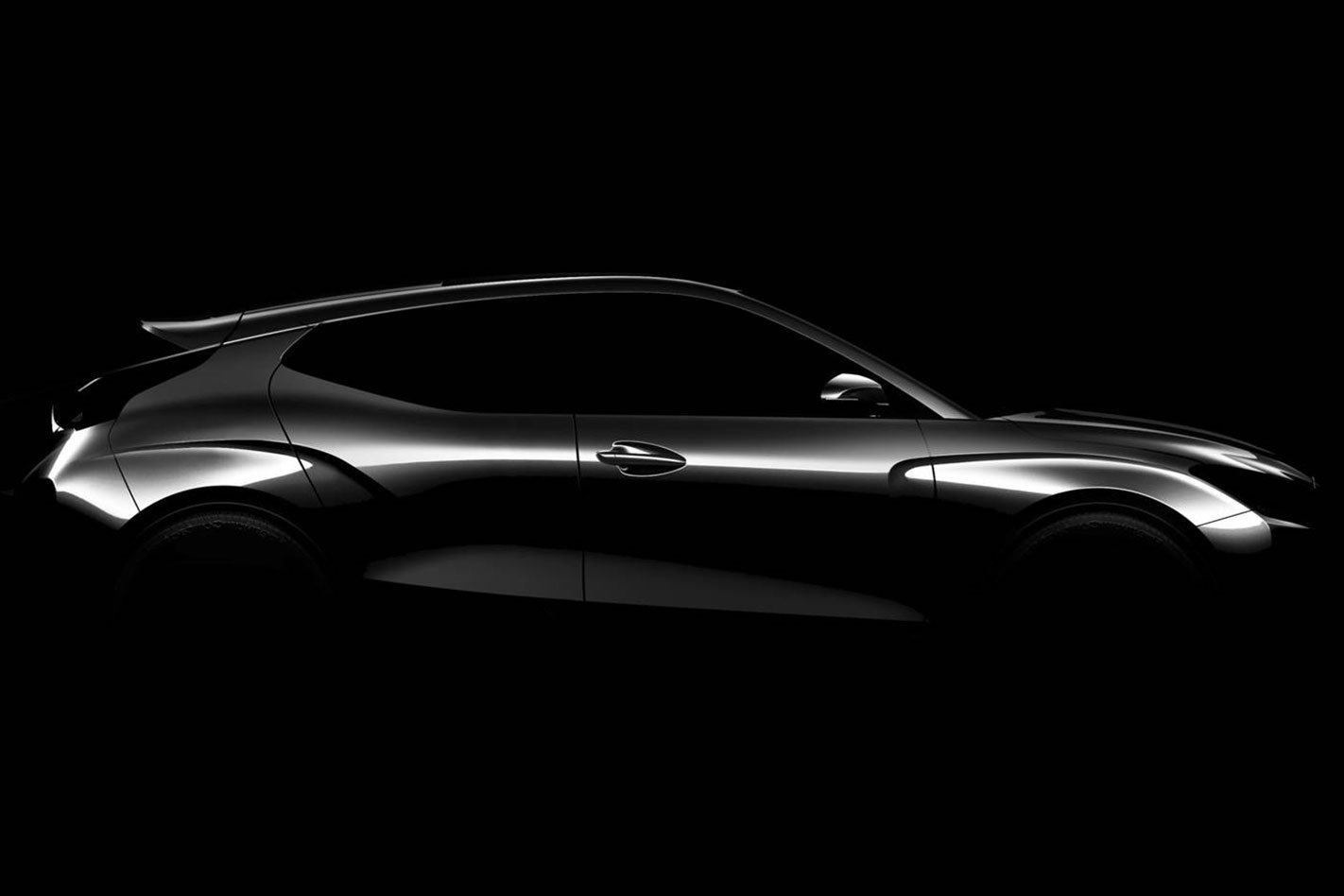