Revealed at the 2019 Frankfurt Motor Show, the Veloster N ETCR was developed and built at Hyundai’s Alzenau headquarter. It is the third touring car iteration – the other two being the i30 N TCR and Veloster N TCR – and is part of the company’s strategy of developing electric road cars. 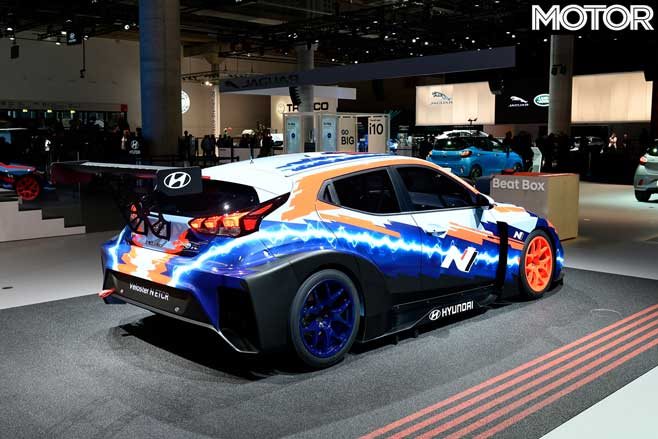 As outlined in the ETCR regulations, the electric Veloster racer features a mid-mounted all-electric drivetrain that is comprised of twin-electric motors, with power being fed from a standardised 65kWh 800V battery pack.

These motors deliver a rated 300kW of continuous power and 500kW of max power, sent to the rear-wheels only via a single-speed transmission.

“ETCR is the natural next step in our journey, and one that aligns perfectly to Hyundai’s global strategy for electric vehicle production,” said Hyundai’s Head of Product Division and Executive Vice President Thomas Schemera.

“We have a detailed test program for the Veloster N ETCR, supported by the fully trained and experience team of engineers at Hyundai Motorsport.” 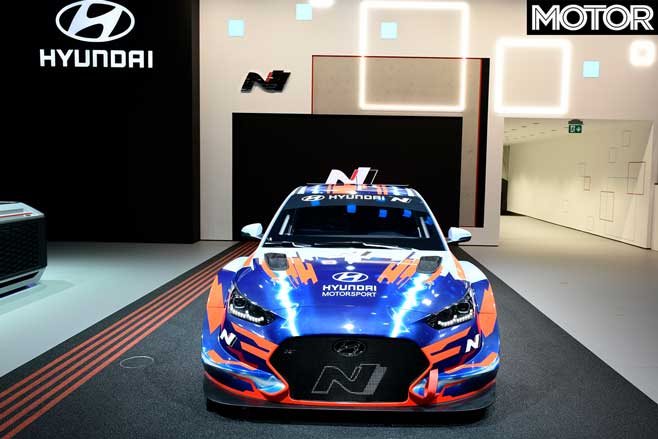 Currently Hyundai has two fully-electric models on sale in Australia, the Ioniq Electric and the Kona Electric. Not the sort of cars for time attack attempts, but baby steps.

So far the only other manufacturer with an ETCR racer in its wings is Seat’s Cupra brand with its e-Racer. Despite having to deal with 400kg more than its TCR relation, Cupra claims that the e-Racer still accelerates from 0-100km/h in 3.2sec and 0-200km/h in 8.2sec.

The ETCR series is due to host its inaugural season next year, with the event format and calendar to be announced.

Get the latest from the 2019 Frankfurt Motor Show