HYPE is starting to grow around AMG’s upcoming rival to the Porsche 911 GT2 RS – the AMG GT R Black Series. Recent spy shots have revealed heavily modified body work with huge bonnet scoops and an enormous two piece rear wing, and now we have some news around the engine.

Speaking to Wheels at the Frankfurt motor show, AMG boss Tobias Moers hinted the GT Black Series will score a “new” V8 powerplant. Said to be a momentous step up on the GT R Pro, the Black Series’ engine is rumoured to pack more than 515kW, which should see it eclipse Porsche’s GT2 RS for outright grunt. 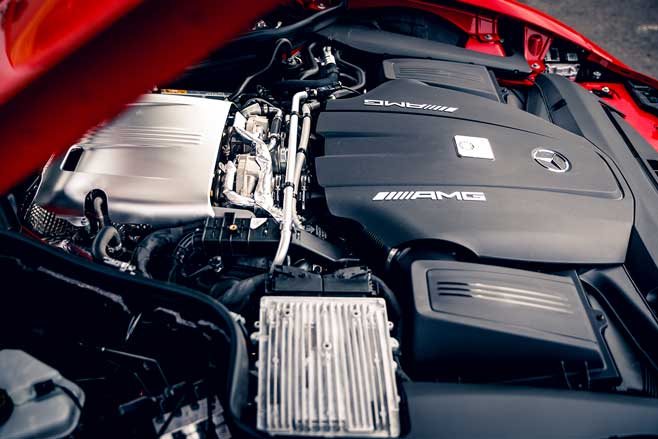 Moers revealed the power unit will utilise the same block as the company’s venerable M178 V8 and that “it’s still a 4.0-litre engine and twin turbo, but it’s a different engine”. He went on to say that “it’s not a typical AMG V8”, and that it won’t be fitted with EQ Boost which alludes to substantial mechanical alterations rather than electronic enhancements.

The Black Series won’t be merely a straight-line star, gaining focused hardware for attacking apexes. “Expect something different. Engine, power output, suspension, aero… everything. There’s not much in common with the GT R,” Moers said.

Animated and full of enthusiasm for the project, there was a sense that Moers wanted to elaborate far more than he’s able to on a car that will be released in 2020. Development on the AMG GT Black Series is so advanced that Moers himself has already tested it. 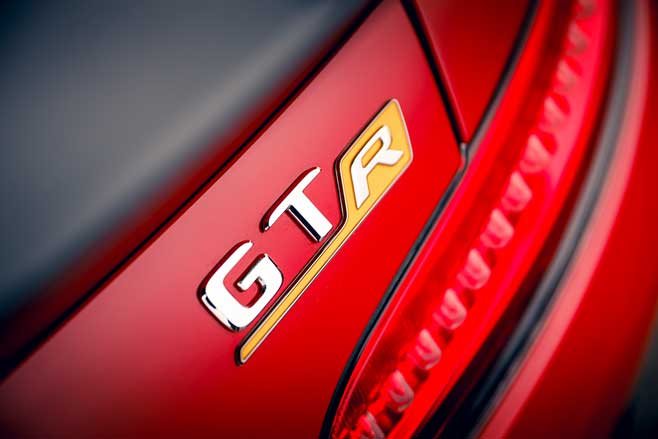 Despite the ever-growing focus on hybrid technology Moers stressed that technologies old and new cold coexist into the future at AMG. When asked whether this could be the last Black Series with an internal-combustion engine, the AMG guru let out an exaggerated “no”.

“I don’t think so,” he said. “Maybe it’s not a high percentage of our portfolio in the future, but there will still be room [for pure ICE powertrains]”.

When asked about the huge wings spotted on the test mules and whether or not the Black Series would include active aero, Moers simply laughed and said “yes – there was no chance to camouflage that. They look similar to the production car”.

When asked what excites him the most about the Black Series, Moers seems to take heart in proving the doubters wrong. “When we brought the GT R to market everybody told me, ‘okay, what are you going to do with the Black Series?’

“I told everybody that it should really be a step up and it took time to get all the things together. But now we’re there and the car is on the track, we are on the Nordschleife. I think it’s something really surprising. Surprising for everybody.” 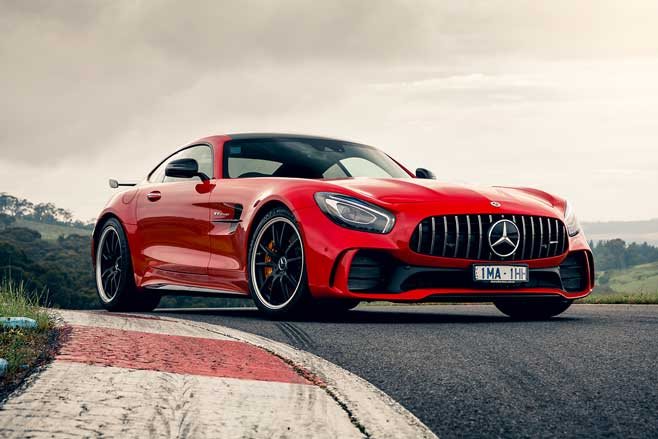 Just as the questioning finishes, Moers drops the final bombshell that some of the lessons learnt through the AMG One – the company’s delayed hypercar which utilises a Formula 1 engine – have filtered down to the Black Series, alluding to the tyre tech.

As for timing, AMG is tipped to reveal the production version of the GT Black Series in the middle of next year with Aussie delivering starting in 2021.