Iconic Italian supercar is snow good as a white-stuff climber

Red Bull has produced a video of a Ferrari F40 sliding its way up a snow park in Japan – and the howling 1987 twin-turbocharged V8 stallion looks born for the white stuff.

The production, of which 15 directors were involved, starts with the click of a cassette into the dashboard deck of an F40 followed by a grab of first gear in the H-pattern manual transmission. 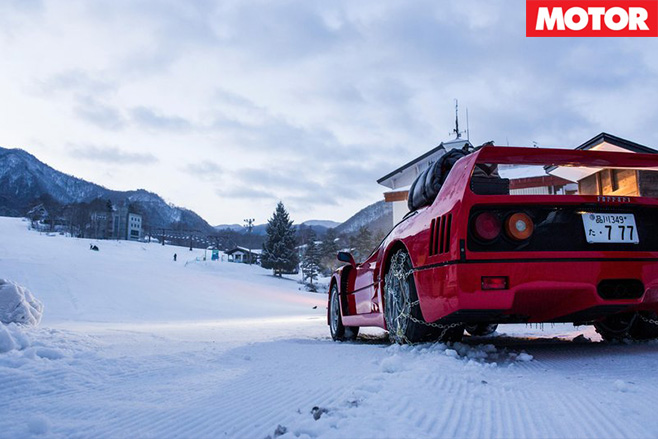 Owner-driver Takeshi Kimura briefly stops before snow-capped mountains to pick up some snow chains before using the now-grippier rear tyres to power up a steep slope, much to the seeming bemusement of snowboarders. 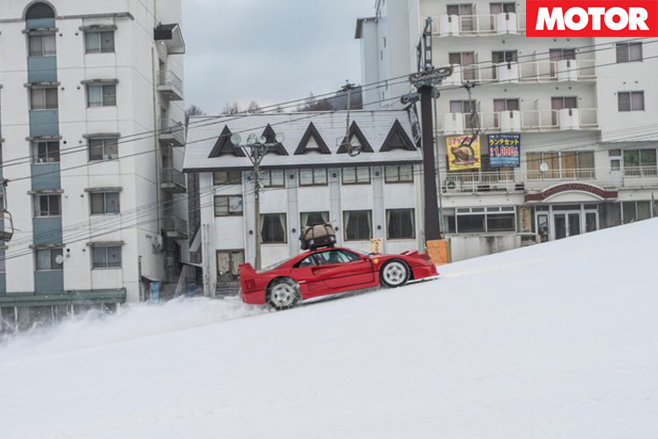 Filmed at Ryuoo Ski Park, around three hours drive north-west of Tokyo, the F40 slides under and around chairlifts and occasionally flicks up some of the white stuff with the lower lip of its front spoiler. 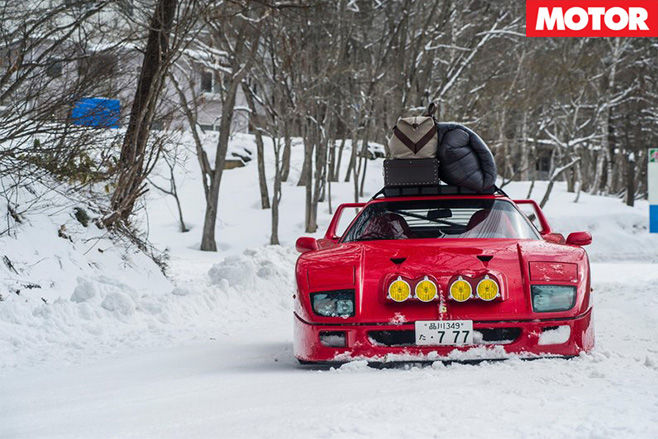 Promotional video it may be – there just has to be a gulp of a Red Bull can taken at some point – but one of Italy’s best-ever supercars sliding on ice is pretty great to watch either way. 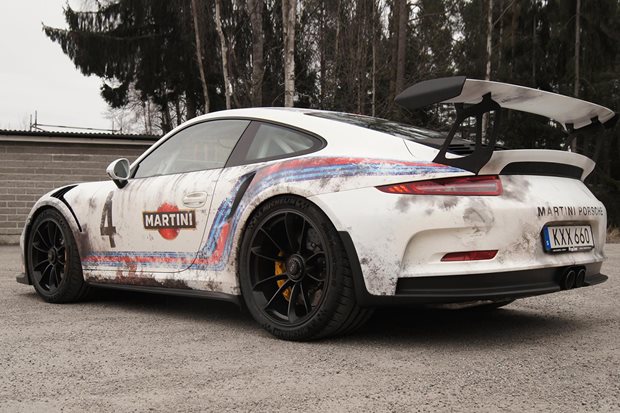 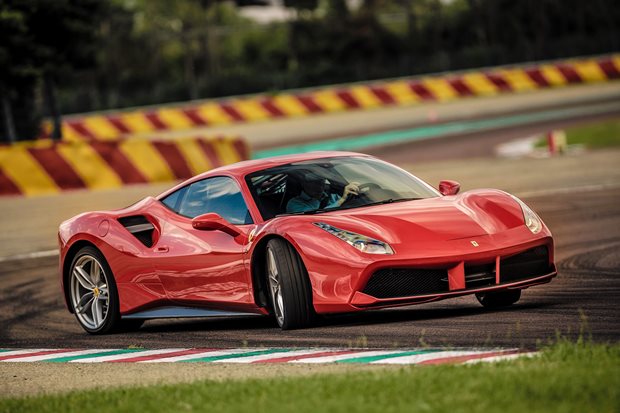