Four final Falcons and a Territory auctioned for charity

Going, going and … and sold for $353,000! Ford has auctioned its final four registerable Falcons and a Territory as part of its final curtain call to Australian manufacturing.

While the last-ever models to roll off the Broadmeadows production line lack a compliance plate and will retained by Ford Australia as part of its heritage collection, the final registerable XR6 Turbo ute, Territory Titanium, XR6 Sprint and XR6 were – in that order – auctioned off at an event held at Avalon airport on Saturday.

Ford Australia president and CEO Graeme Wickman attended the event, which doubled as a Ford Fan Day at the airport south of Melbourne, with each Falcon and Territory up for auction scoring a signed certificate of authenticity and unique final build plaque. 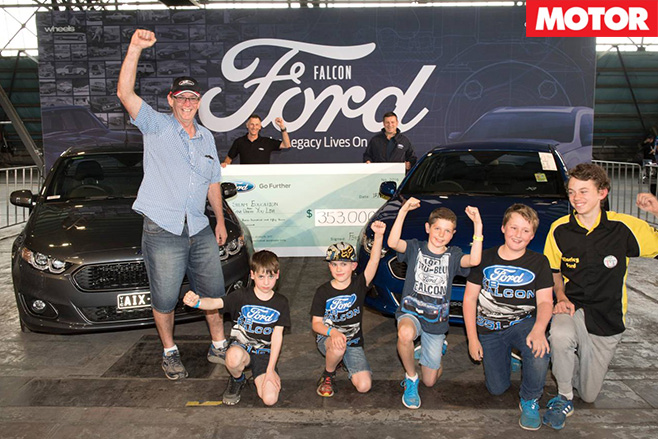 The hammer was first raised in the air for a grey XR6 Turbo ute, a Barra 4.0-litre turbocharged six-cylinder manual example that retails at $39,810 plus on-road costs. Bidding started at $55,000 but quickly ascended to a final $81,500 for the 3300km-old example, the only vehicle of the day to have been registered by Ford Australia.

By contrast it didn’t take long for the final Falcon XR6 Sprint, a winter white example with build number 500 of 500, to sprint towards doubling that SUV’s final sticker. It quickly headed towards six-figures before more than doubling its $54,990 retail price, netting $122,000 from John Bradbury of the Sunbury Ford dealership, who also purchased the ute. 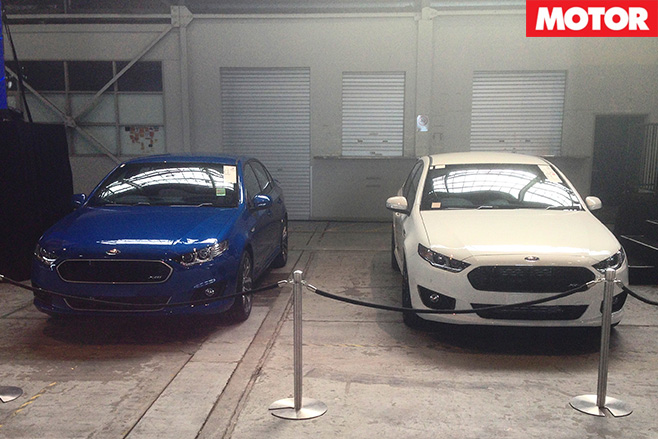 It was a performance then mirrored by its more prosaic sibling and the private buyer’s favourite Falcon, a dark blue naturally aspirated XR6 sedan that was the actual last model to roll off the production line on the day of Broadmeadows’ closure. The $38,290 recommended retail price likewise more than doubled to $81,000 all told. It was purchased by Mark Jeffs of Boronia, Victoria, who also snared the Tezza.

Ford Australia raised a combined for $353,000 donated to a duo of foundations. 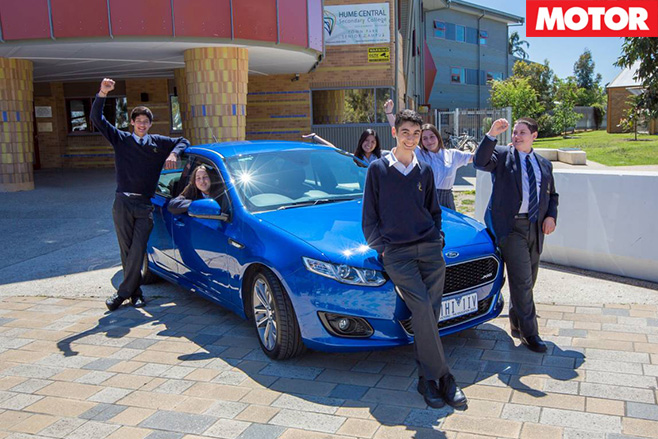 The remaining funds from the Falcon XR6 Sprint sale, meanwhile, goes to Geelong charity Give Where You Live.