FORD has unveiled a neck-snapping 250kW twin-turbo V6 version of the mid-size SUV that will soon come to Australia to replace the five-seat version of the Ford Territory.

The only problem is that the Ford Edge ST, as the Ford Performance-tuned version of the vehicle that will soon sell here as the Endura is known, isn't yet on Australia's radar.

We knew this hi-po SUV was coming – a teaser video posted to Ford Performance's Facebook page yesterday showed what was clearly a Ford Edge tailgate featuring an ST badge – but Australia's diesel-only diet for the Endura means its either yet to be confirmed for here, or on the too hard list. Asked if we'll get the Endura ST in Australia, a Ford Australia spokesman simply replied: "No."

"We have confirmed that the Endura will offer a dedicated diesel line-up with five-seat configuration," he said. "Further Australian specification and details will be announced closer to launch."

What are we missing out on, then? The 250kW/515Nm EcoBoost twin-turbo 3.7-litre bent six is already used in the US (in slightly lower 242kW tune, but producing the same torque) to haul around the 2.2-tonne F150, features under the bonnet of the Fusion Sport (the US version of the Mondeo), and is rumoured to be in store for North American versions of the Ford Ranger Raptor. On paper, its numbers shadow those of the 270kW/520Nm Mercedes-AMG GLC 43, hinting at AMG-lite performance for what will be beer budget dollars.

The Edge ST's V6 engine will be coupled to a quick-shifting eight-speed automatic transmission. Power will be sent to all four corners with selectable traction modes. Tuned sports suspension is standard, while a performance braking package for more stopping power will be optional. 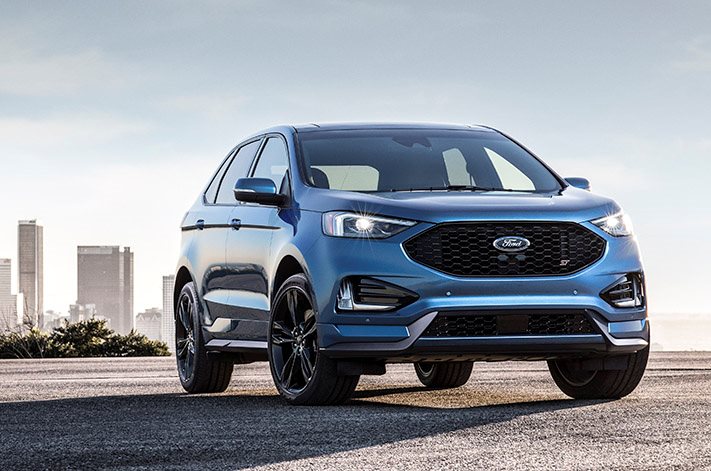 Those beefed up brakes could come in handy when the ST is dialled up into its new Sport mode, which offers more immediate throttle response. Paddle shifters are included standard, and when in Sport mode they’ll be handy as the automatic gearbox calibration will hold gears at redline during cornering manoeuvres to avoid unwanted upshifts. Sport mode will also allow for sharper engine braking and, perhaps most importantly, pushes out a more resonant exhaust note.

Special seats in the Edge ST with additional bolstering will help keep you in place through turns, while its redesigned centre console features an all-new rotary gearshift dial that frees up space to allow for extra kit such a wireless charging pad. 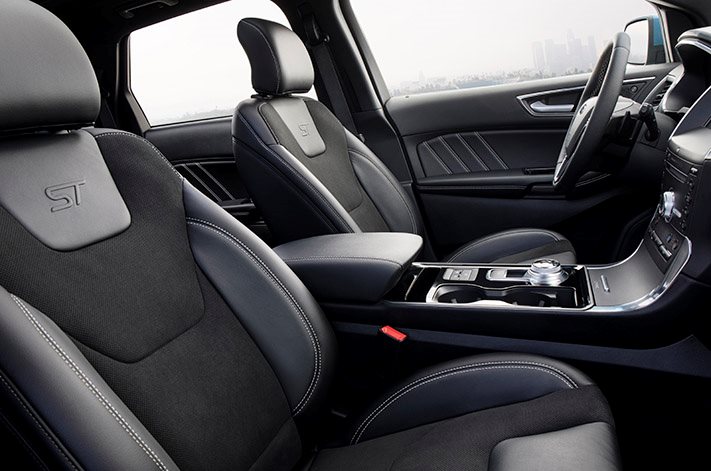 A wider, blacked-out grille and tweaked front fascia give the Edge ST a more athletic look than the standard Edge.

Ford Australia has confirmed that non-ST versions of the SUV will be making their way to Australia, as a long awaited Territory replacement, though the model will be called ‘Endura’ for our market, as Toyota owns local rights to the Edge name. 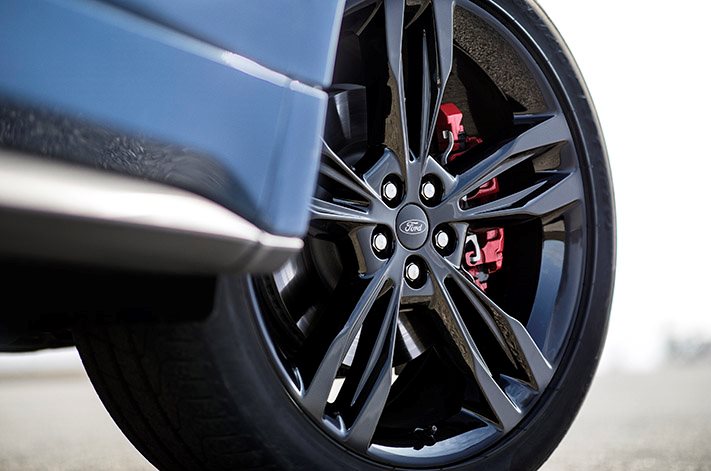 It seems unlikely that we’ll see an Endura ST arriving here, at least for the foreseeable future.  Ford Australia has said the Endura range will go on sale with only diesel engines under their bonnets when the vehicle launches later this year.

This version of the Edge also introduces the fresh look that Ford Australia will have been waiting almost 18 months for after Territory production ended in October 2016. It includes a front end that more closely aligns the looks of the Edge/Endura with the rest of Ford's global SUV line-up – which in Australia includes the EcoSport, the Escape and the Everest.

Wheels will be on the floor of the 2018 Detroit Motor Show from January 15, where the Edge ST is expected to make an appearance. Catch up with all the show news, and more, at WheelsMag.com.au or via the Facebook channel.