IT SEEMED obvious that Ford engineers would blow smoke up the orifices of the new Ford GT, after all it’s their creation.

But as it turns out they were literally blowing smoke up the orifices of the all-new Ford GT … in a wind tunnel at a simulated 200km/h to show off its active aerodynamics.

Any vision of the svelte but brutish looking 2017 GT is going to be a joy to behold, but it’s the usually invisible airflow flowing through and over its carbonfibre form that makes this short video so interesting. The airflow hugs the roof line like it would an aeroplane wing. It even continues to flow largely unimpeded when the active rear wing rises to produce downforce (which keeps the rear wheels glued to the ground, as opposed to drag).

The wind-tunnel testing is used to collect data on aerodynamic flow through the car’s lines and scoops and how this influences factors such as speed and wind noise.

As Ford GT engineering supervisor Nick Terzes says, every single opening has a purpose on the car. 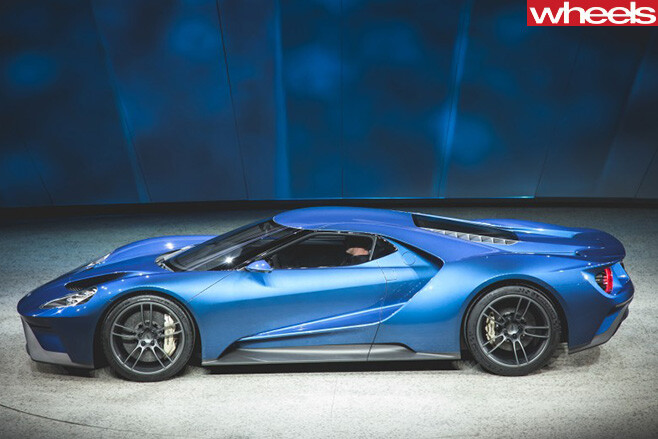 That said every nook and cranny on this thing looks great – as one person commented below the video, “I looks slippery, I love it.”

The 2017 Ford GT will go on sale later this year for around US$400,000 with production limited to 1000 cars. It will have a mid-mounted 3.5-litre twin-turbo Ecoboost V6 engine that will produce around 450kW synced with a seven-speed dual clutch automatic transmission. There will be no manual version. Or any on Aussie roads. The GT is left-hand drive only.