While the bulk of Lamborghini's Research and Development is done in Sant'Agata Bolognese, Italy, it’s now opened a six-person Seattle facility to design forged carbon fibre composite components - including con-rods - for its future models

We were gobsmacked upon reading in a recent interview by Automotive News with Lamborghini’s Head of Research and Development, Maurizio Reggiani, that Lamborghini's goal is to have the world's first production car with carbon connecting rods.

The revelation is just one of several carbon-based technologies that Lamborghini is exploring at its new Advanced Composite Structures Laboratory; an 8000 square-foot facility which opened recently in Seattle.

The use of carbon fibre components in engine bays is by no means a new concept though. A US based company called Composite Castings LLC developed a lightweight carbon fibre composite V4 engine block back in 2011, intended primarily for motorsport applications.

Ford also unveiled a concept engine at this year’s Detroit Motor Show that was 15 percent lighter than their existing 1.0-litre EcoBoost engine. The three cylinder engine uses injection-moulded carbon fibre for some structural parts, including the sump and part of the cylinder head. The motor also uses forged aluminium con-rods and powdered metal steel forgings on highly-stressed key components. 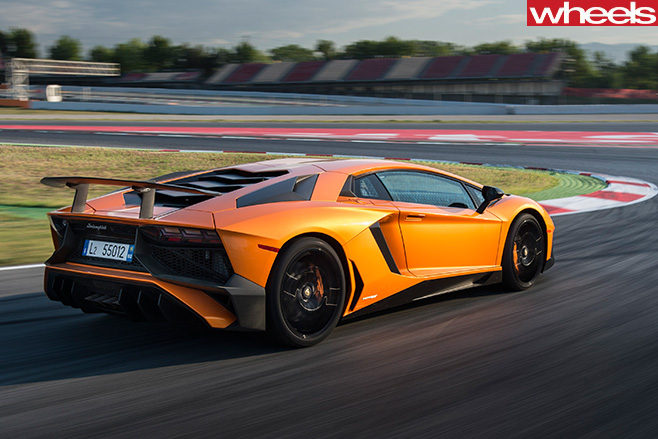 Lamborghini’s vision includes using carbon con-rods, cutting their weight between 40 and 50 percent over their steel equivalents – noticeably improving both power and acceleration. The rods will be made from a forged composite technique that moves beyond the traditional resin-reinforced carbon-fibre cloth that is hand-pressed into moulds and baked. McLaren uses a resin transfer moulding for supercar tubs, which injects the resin into the mould under high pressure.

Instead, Lamborghini’s forged composites simply place a premixed amount of carbon fibre and resin into a steel mould and apply both heat and pressure. The finished product is cured in minutes, rather than hours – as it is with traditional methods – and drastically reducing production times. It was this construction method that Lamborghini used on 80 percent of its uber-wild Sesto Elemento supercar in 2010.

While the company only anticipates the components to be available for the successors to their current Aventador in several years, the small facility is intended to intercept new ideas and go from test to design quickly. Let’s hope they succeed and that carbon technology – including those con-rods – finds their way into the rest of the VW Group’s products soon.