In a 671kW Ford Mustang RTR, Vaughn Gittin Jr. has drifted the “entire length” of the 20.8km Nürburgring Nordschleife – something Ford Performance claims he’s the first person to do.

Though there’s no footage of the entire lap yet, a three minute video titled ‘Drift King of the Ring’ shows off Gittin Jr’s lap highlights, and proves his skills as a drifter – not that they were in doubt. 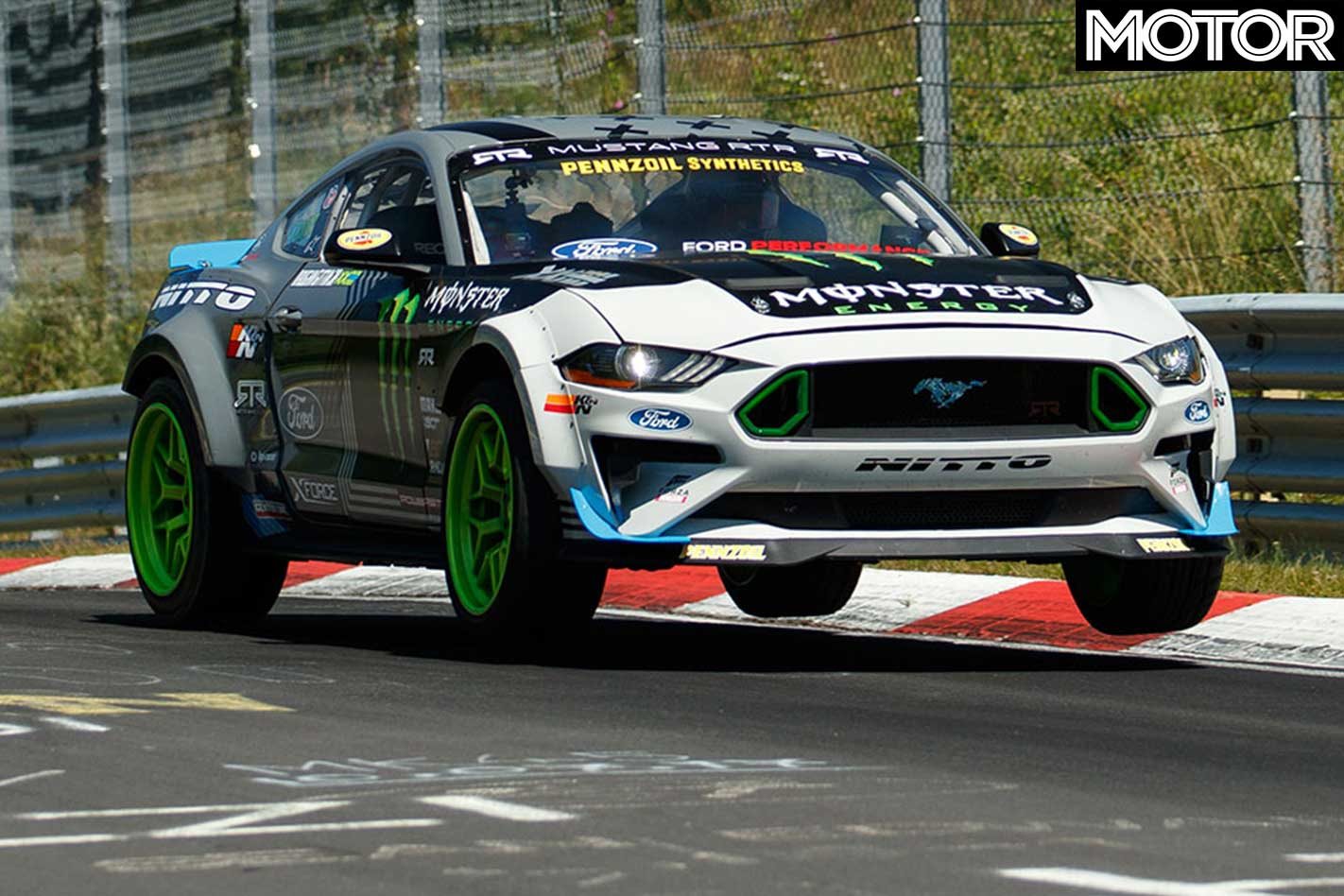 "The Nordschleife is one of, if not, the most iconic track in the world and I have been in love with the danger and folklore of the famous Green Hell at the Nürburgring since I can remember,” he says.

“I finally went there in person in 2013 and it was then that I made a promise to myself that one day I would return to drift it in its entirety.

“Drifting the Nürburgring represents the ultimate challenge to me: it is something that many questioned whether it would be possible and whether the car and driver could do it and come out in one piece. Something inside of me had to take this on to find out."

Gittin Jr recalls a specific moment in the lap which had him a little ‘shook’ – getting some air at Pflanzgarten.

“Pulling this off was scary! Crazy speed built up from the downhill section before the jump, then as soon as the car touched the ground a hard flick sideways to scrub speed and make the sharp Pflanzgarten right hander that is surrounded by walls.”

“I was out of my comfort zone for the majority of the hot laps,”

“I did not know the Green Hell nearly as well as I thought I did. Everything changes when you’re going sideways at those speeds.

“When we stopped for the first tire change I was elated. I had to catch my breath, which is something I have never experienced behind the wheel since I was a rookie in Formula Drift.”

It’s not the first time we’ve seen Gittin Jr drift the Nürburgring, as a video uploaded a few months ago shows what he got up to during the same trip.

In a post on Facebook, Gittin Jr perhaps sums the experience up best with a couple of sentences.

“Drifting the Nordschleife at the Nürburgring was the most insane and scariest experience I have ever from behind the wheel.

“Sometimes you have to force yourself outside of your comfort zone to make dreams come true. This one did not disappoint.”