WHAT better way to rebel against the nanny state than a massive aluminium handbrake dubbed the ‘Drift Stick’.  What’s it do? Well it says right there on the packet.

Revealed as a factory-sanctioned aftermarket addition to Ford’s hyped up Focus RS hot hatch, the Drift Stick is the perfect modification for an owner wanting to do anything but drive in a straight line.

While looking like a rally-style milled-aluminium hydraulic handbrake, the Drift Stick is actually completely electronically controlled, plugging directly into the RS’s onboard diagnostics port.

It works by opening the rear clutches and grabbing the rear brakes when pulled to allow for a clutch-free drift initiation. Pair it with the Focus RS’s Drift mode, and you have a recipe for plenty of oversteer action. 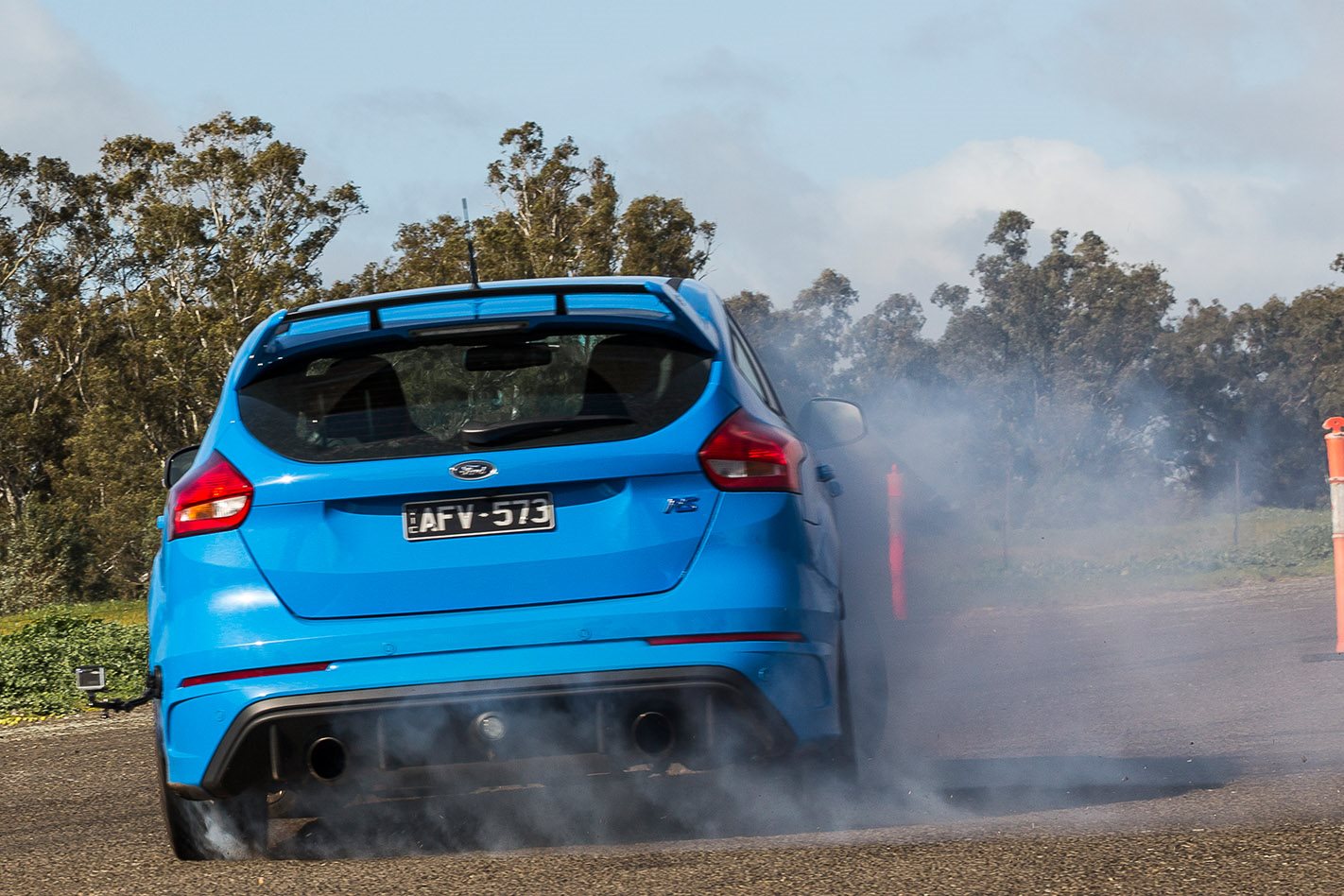 Despite its commanding size, there is no drilling; cutting or welding needed to install the Drift Stick, with the unit sitting between the driver’s seat and the centre console.

And if you think it looks like something straight out of a Ken Block video, you’d be right. The world-famous Hoonigan himself helped develop the Drift Stick, and gave it his glowing endorsement.

As a one-fingered salute to the nanny state, we love it. But sadly, it’s that exact same reason why we won’t be getting it in Australia.

Sold by Ford Performance in the USA and Canada only, the Drift Stick will cost the equivalent of $1304 in Australian currency.

While it is fitted by the dealer and won’t break your warranty (well, US and Canadian warranties), the Drift Stick is strictly intended for track use only, much like the RS’s infamous Drift Mode.