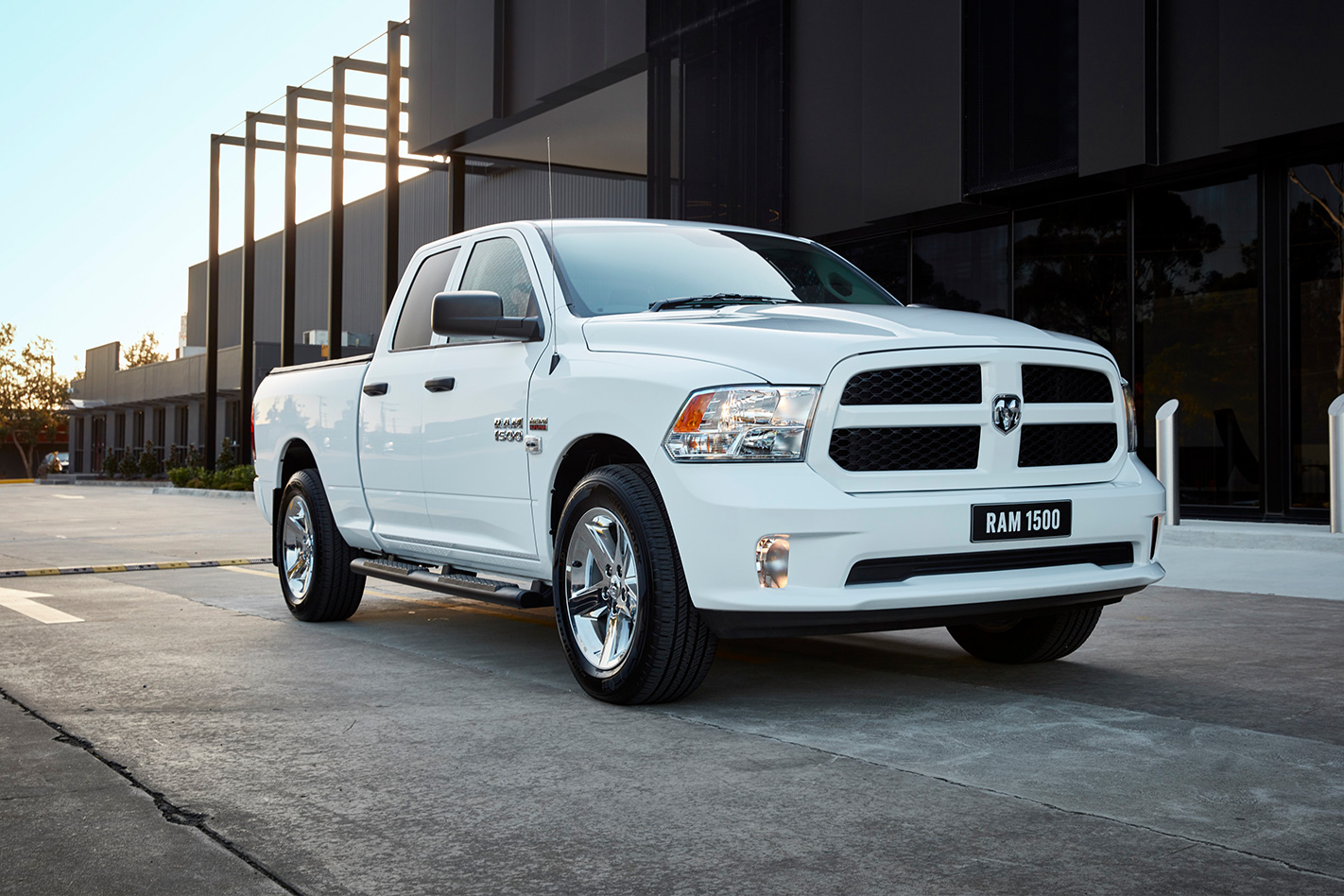 The Ram 1500 will be brought in by Melbourne-based American Specialist Vehicles, and converted from left- to right-hand drive just like the Ram Heavy Duty series – the Laramie 2500 and 3500 – already on sale here.

It will touch gloves with the premium end of the trade ute market – the stomping ground of the likes of the Toyota Hilux Rogue, the Ford Ranger Wildtrack and Raptor, the Holden Colorado Z71 and V6-engined versions of the Volkswagen Amarok. It will even hunt in prime Mercedes-Benz X-Class territory. 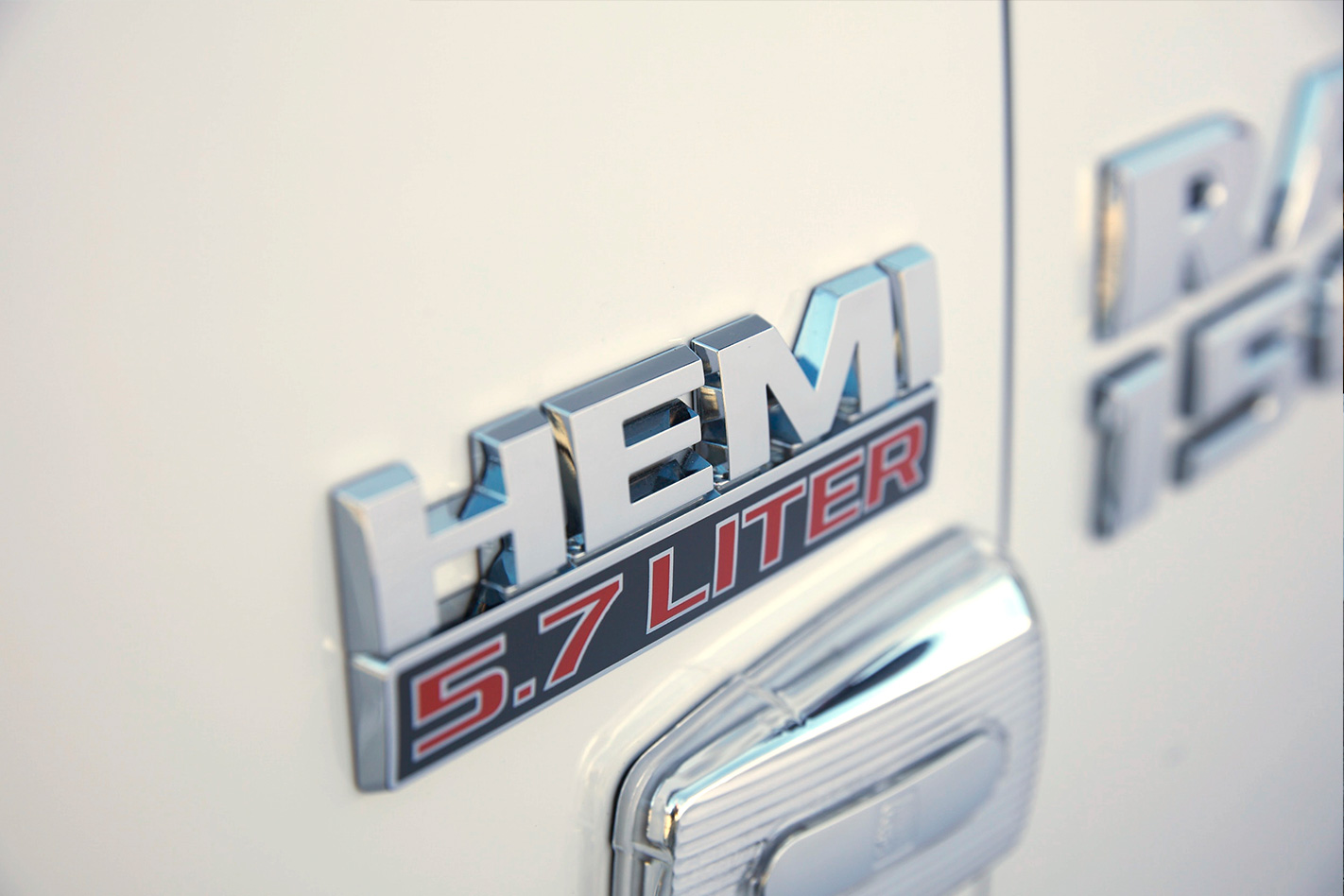 It will be priced at the premium end, too. The entry-level, cloth seat but leather dash “quad cab” Express, wearing five seats but with a shorter dual-cab cabin that yields a 1.9-metre bed in the rear that’s aimed at things like the Ford Ranger XLT, will cost from $79,950 driveaway when it arrives in August. Powering all four wheels via a Torqueflite eight-speed automatic transmission, the Express will also tap the 5.7-litre Hemi V8, producing 291kW and 556Nm. 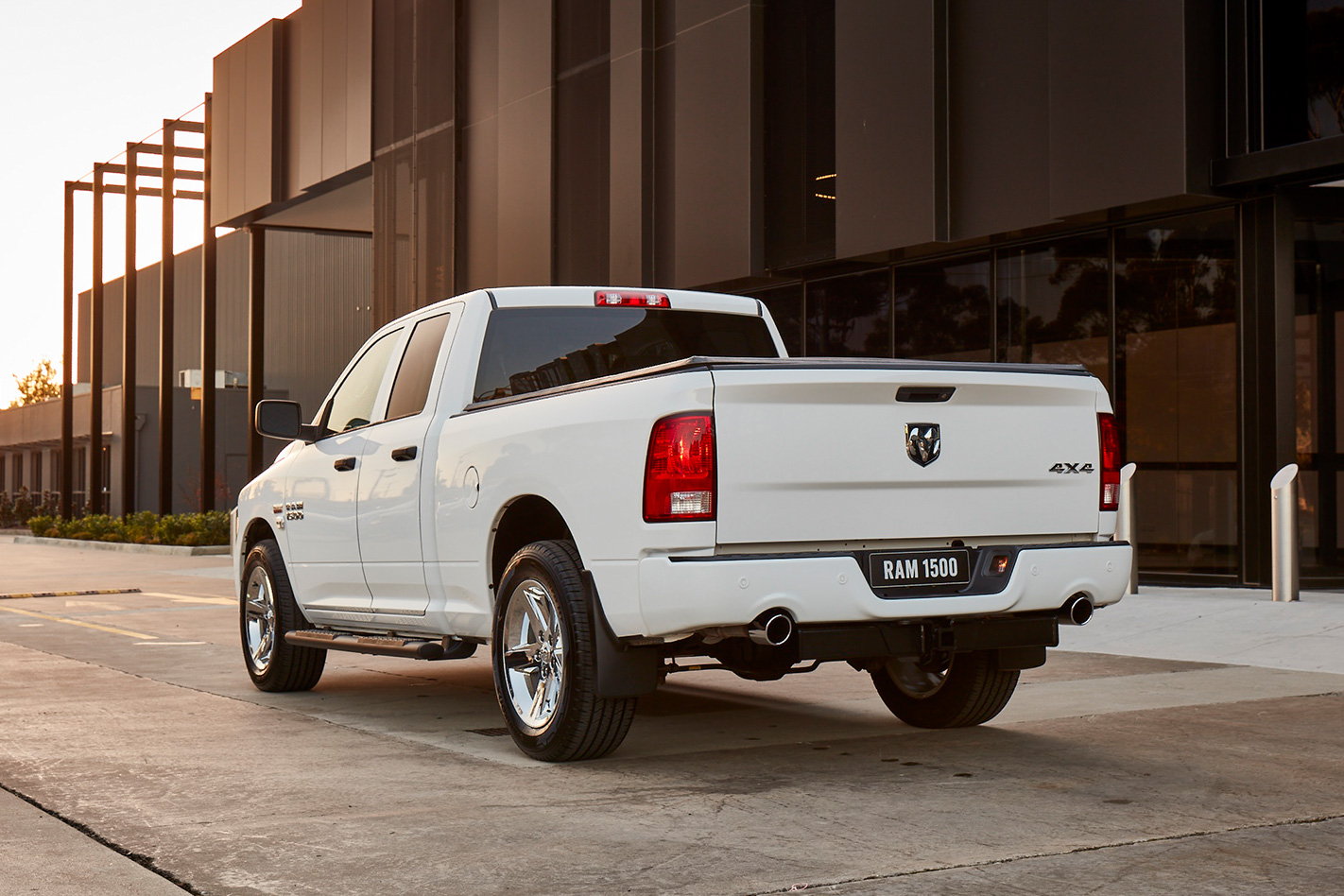 The entirely leather-clad, Hemi-powered Laramie, priced from $99,950 before on-road costs and including other comforts including heated and cooled front seats, yields more rear-seat legroom and a shorter 1.7-metre tray, and gives buyers the option of a slightly lower diff ratio that lifts the tow rating from an industry-matching 3.5 tonnes to a rival-crushing 4.5 tonnes. Joining the range later in the year will be a Laramie-badged 3.0-litre turbodiesel V6 version that is likely to carry a slight price premium over the V8. 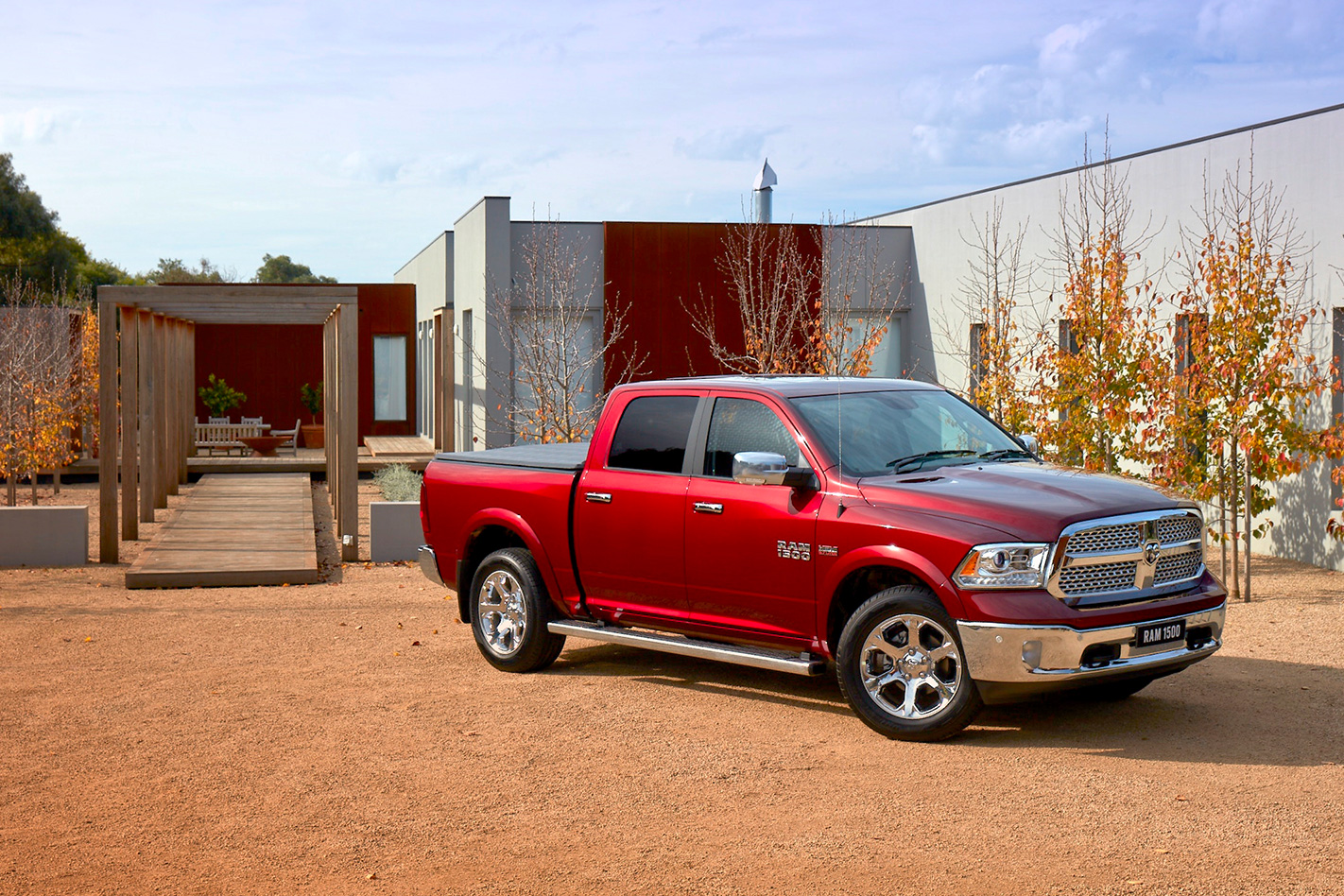 The Black Line, a Ford Ranger Raptor-chasing version featuring menacing blacked-out trim, a pair of wide nostrils on the bonnet, and a sports exhaust that gives more voice to the 5.7 litre V8, arrives around October. 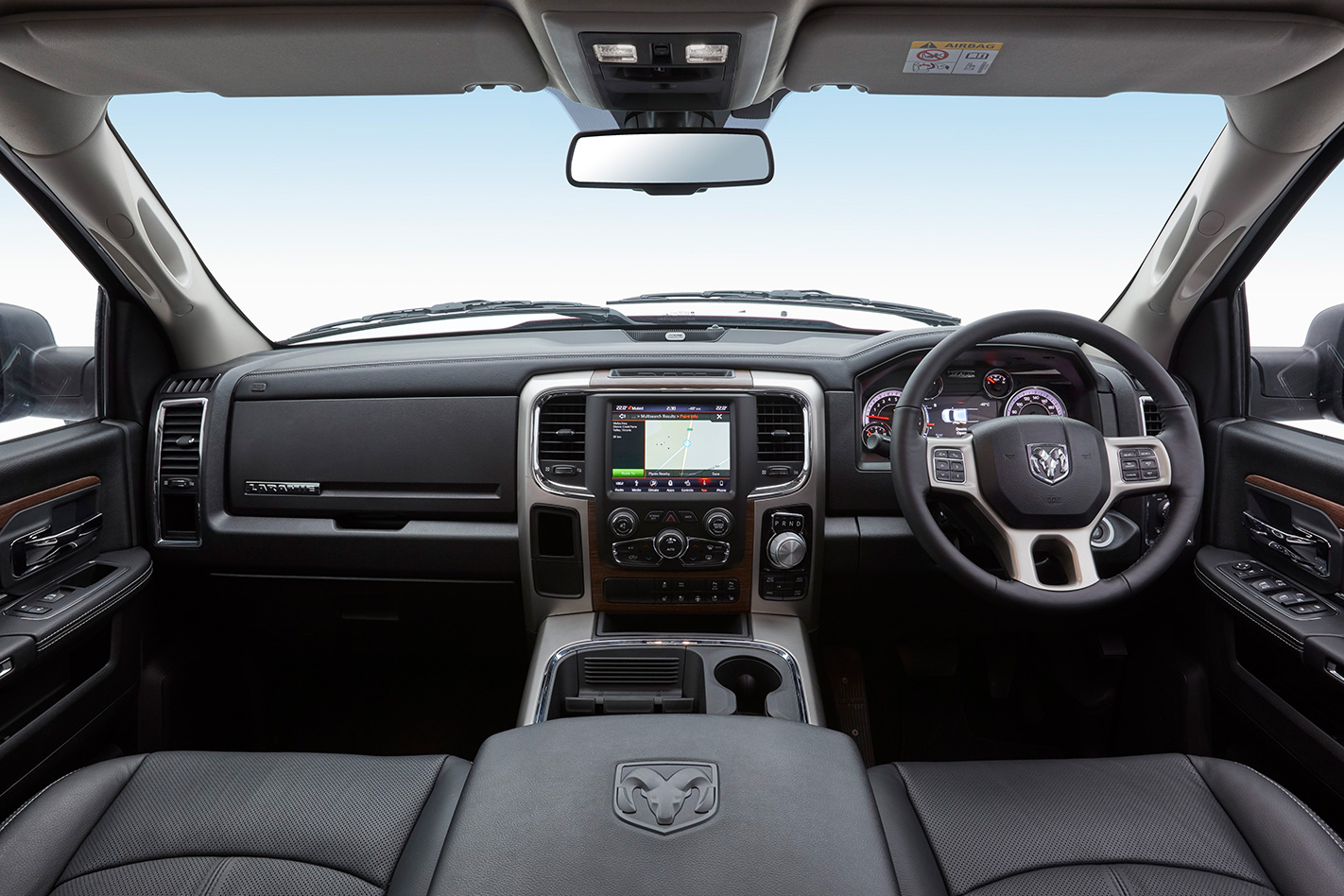 The 1500’s Hemi is no slouch, returning impressive fuel economy numbers given the sheer mass and slab-nosed styling that the truck carries. Officially, the engine will return 9.9L/100km on the combined cycle, with the help of cylinder deactivation that selectively shuts down parts of the bent eight to run as a four-pot under light loads. The 1500 also uses active aerodynamics; a row of shutters in behind the grille that push air around the shovel-nosed grille when extra cooling isn’t needed, rather than creating drag by feeding it through the engine bay.

It should be a decent tow rig, too. It will have an electric brake unit fitted as standard, trailer sway control to prevent a high-speed tankslapper, and brakes that will ever-so-slightly drag as soon as the driver’s foot lifts off the accelerator to help with braking response. 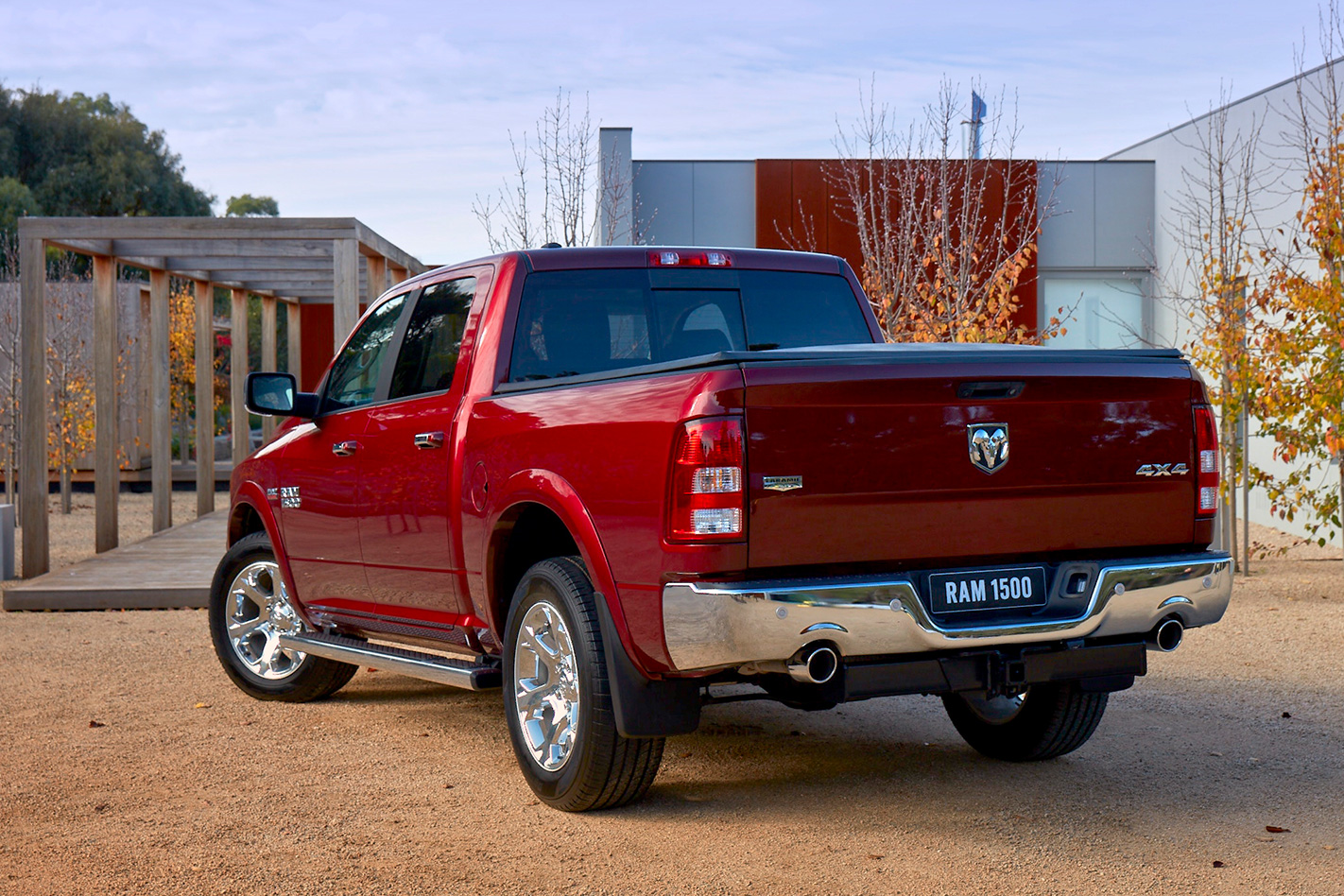 Ram has big expectations for the 1500. It aims to go for 2100 sales next year, building up to 4500 sales in the next three years – giving it a 10 percent share in the premium trade ute market for vehicles priced from more than $57,000.

The Laramie will be on sale in Australia from July, followed by the Express in August. In about October, the V6 diesel should join the range, and a month after that, the more menacing Black Line. 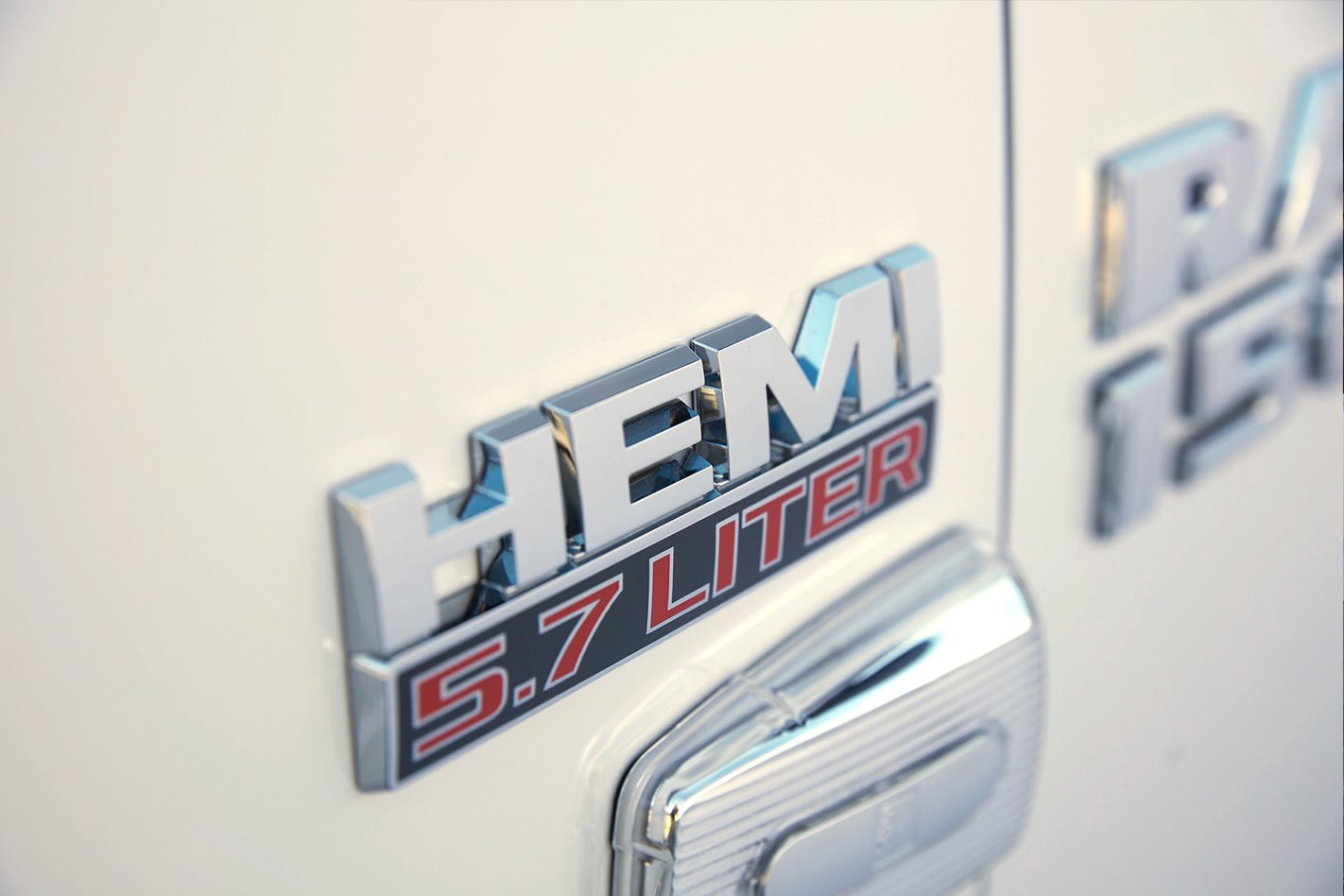 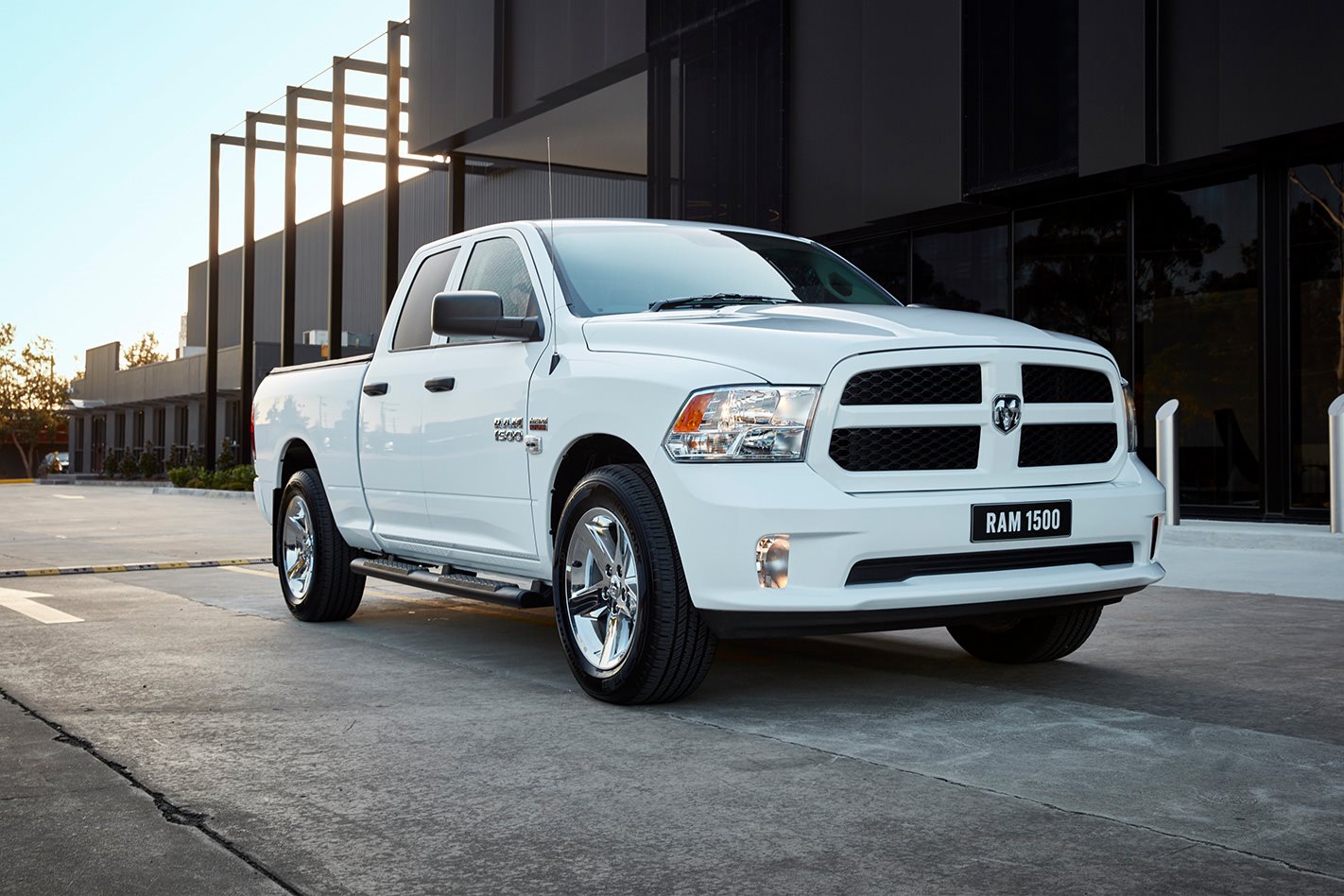 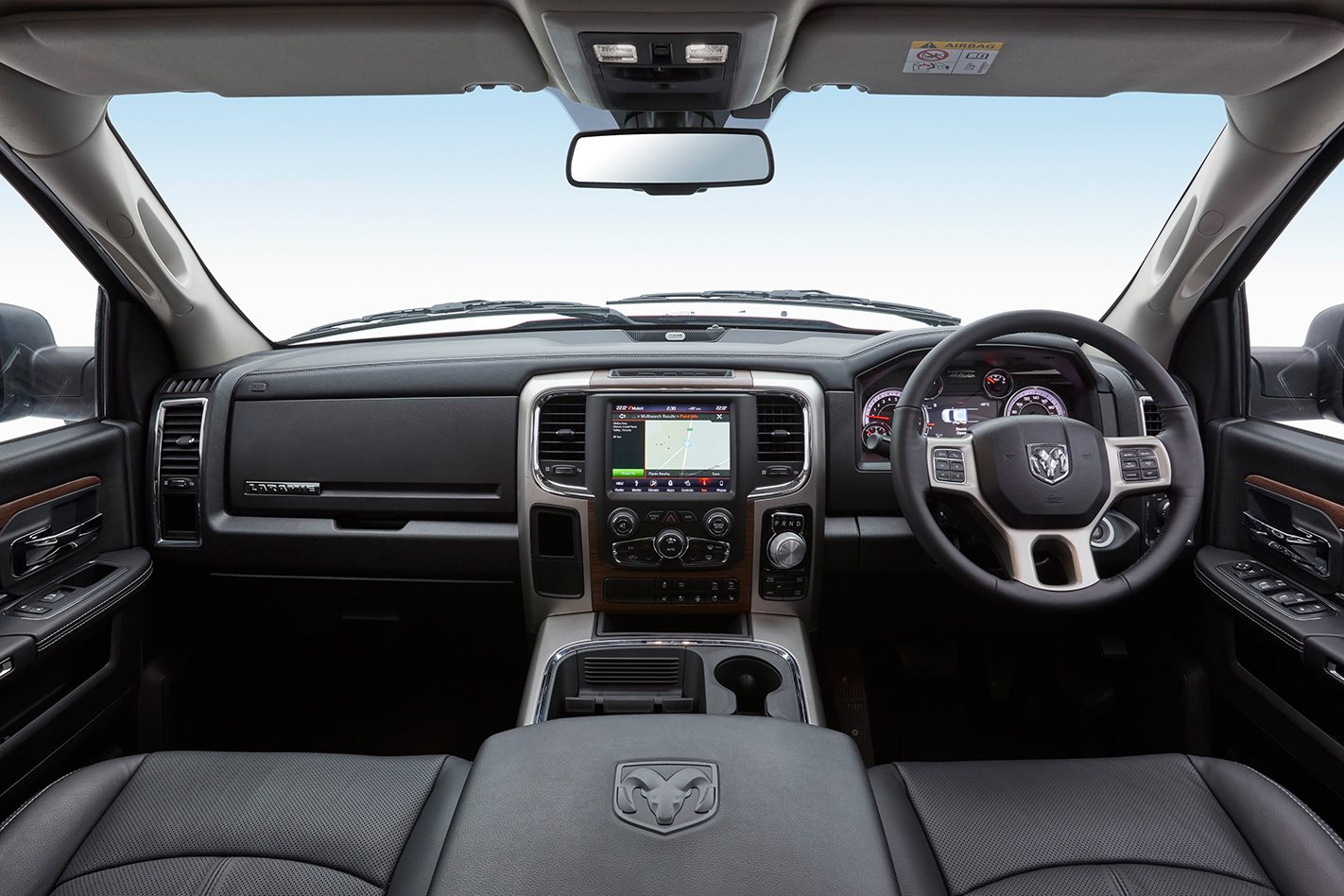 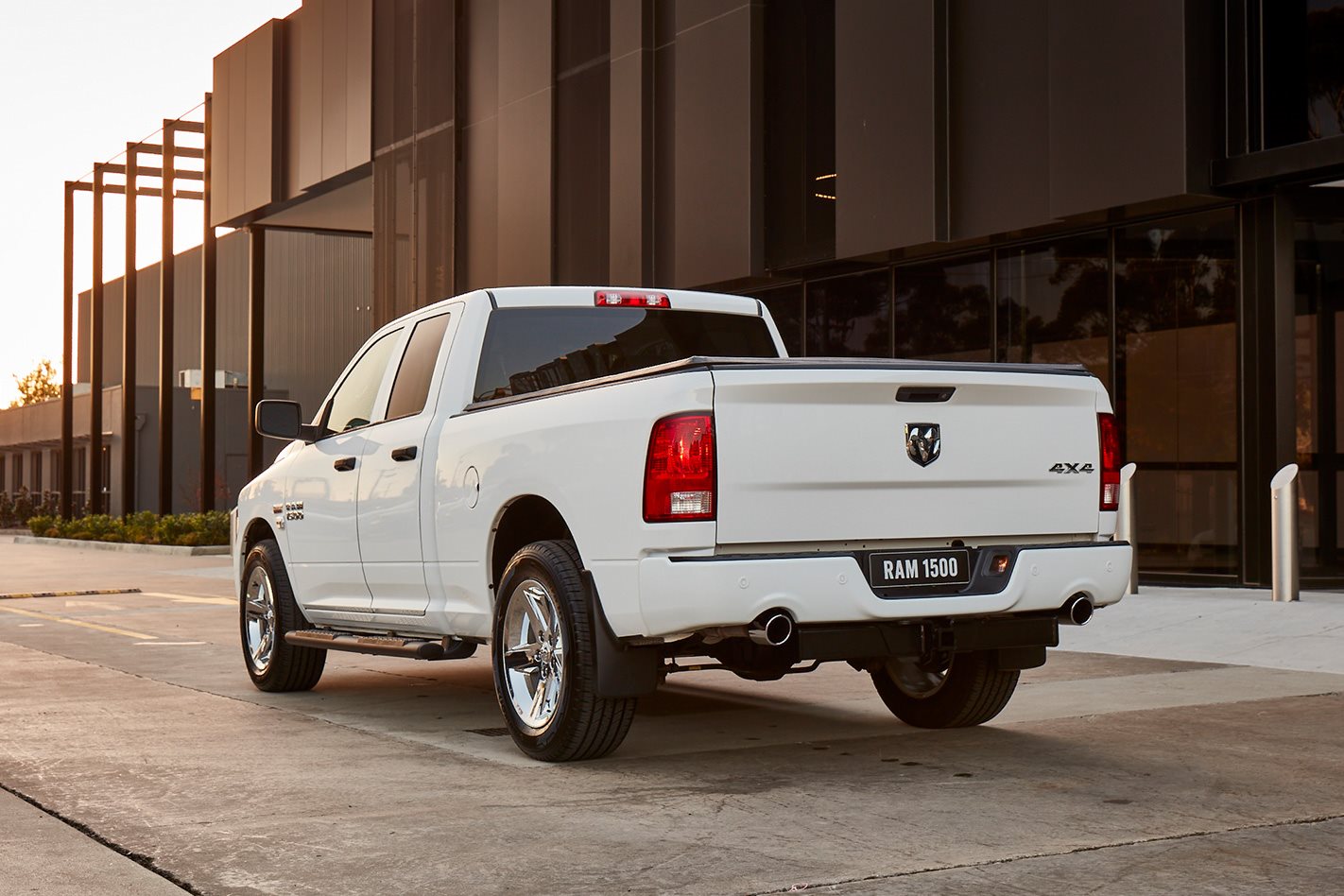 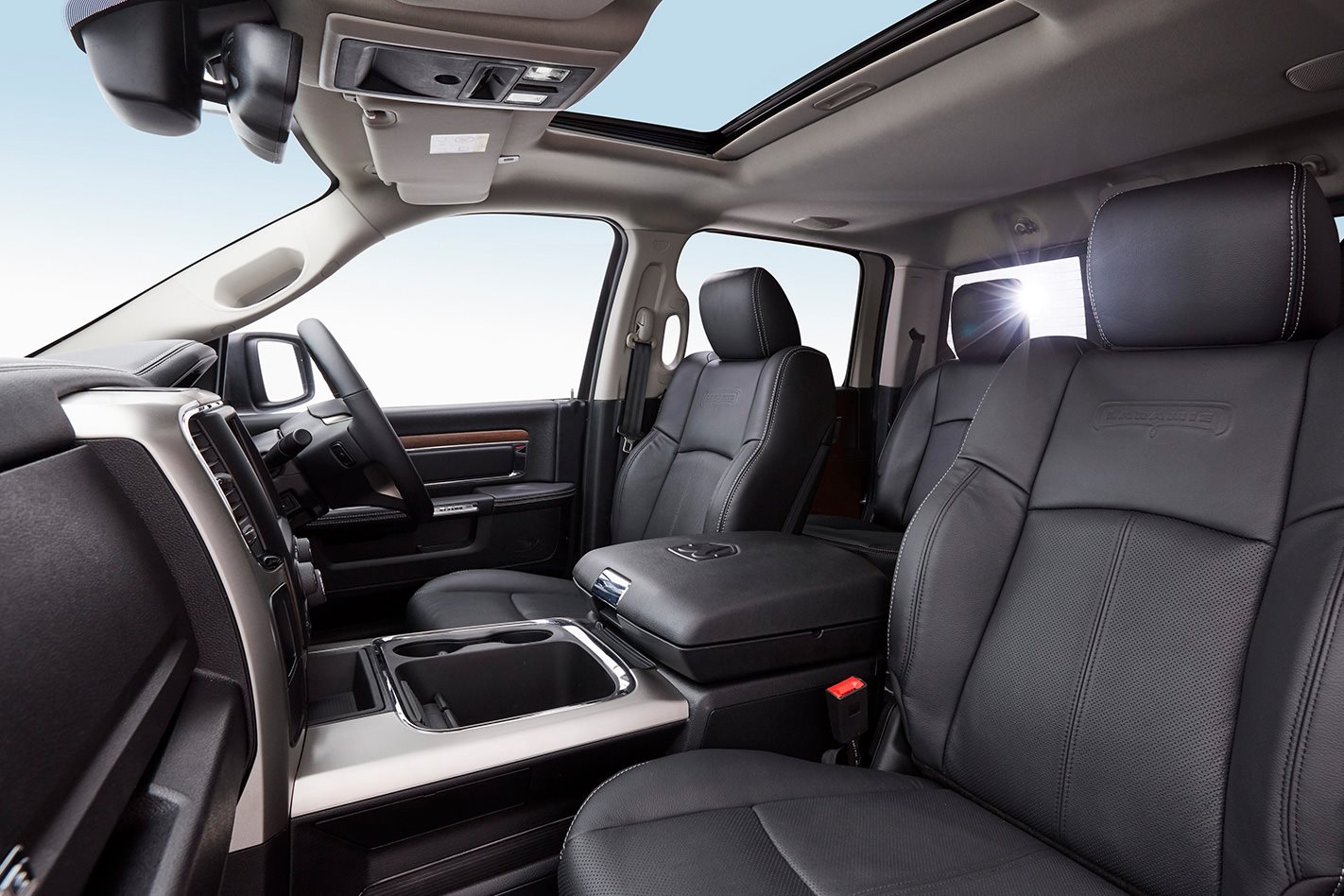 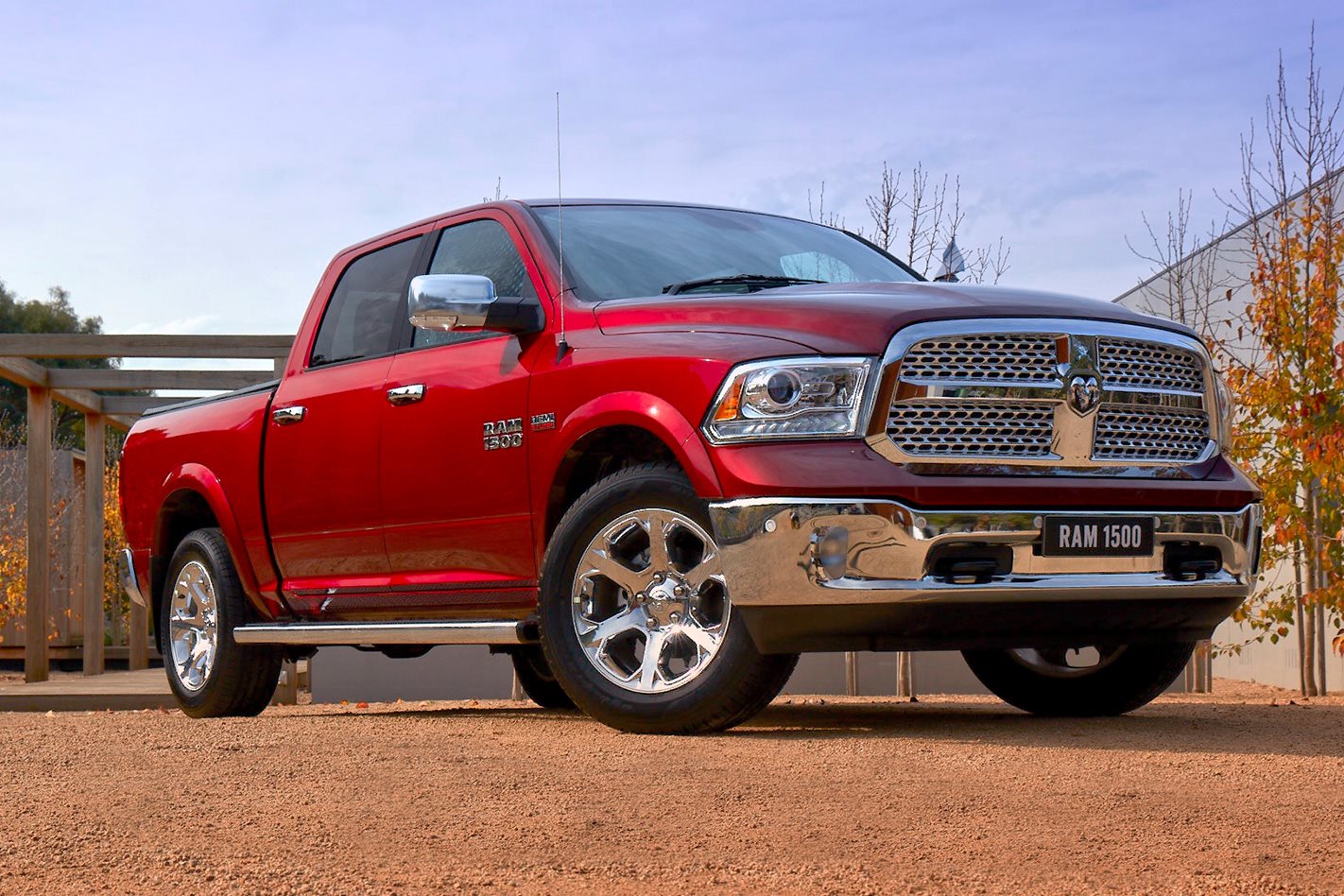 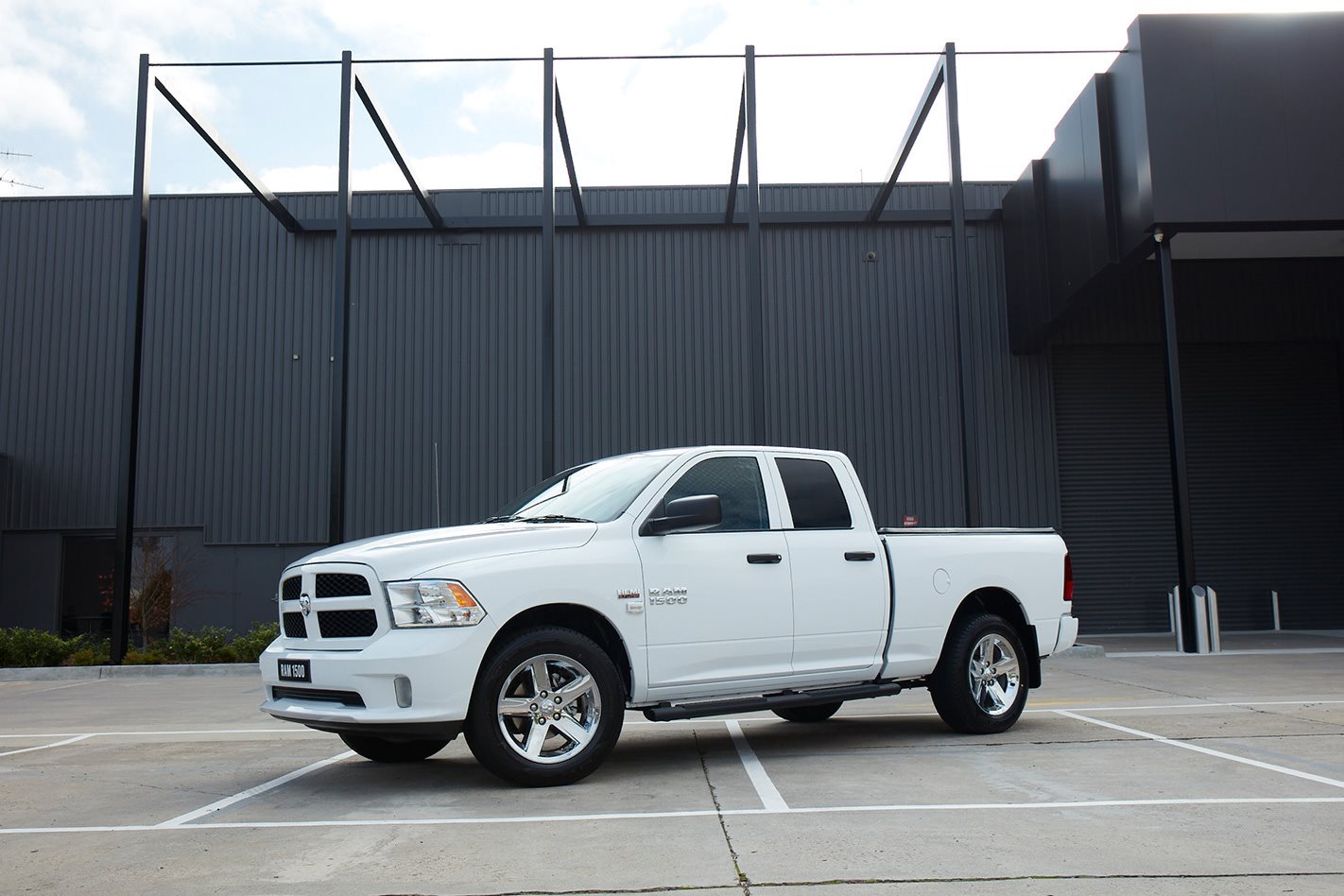 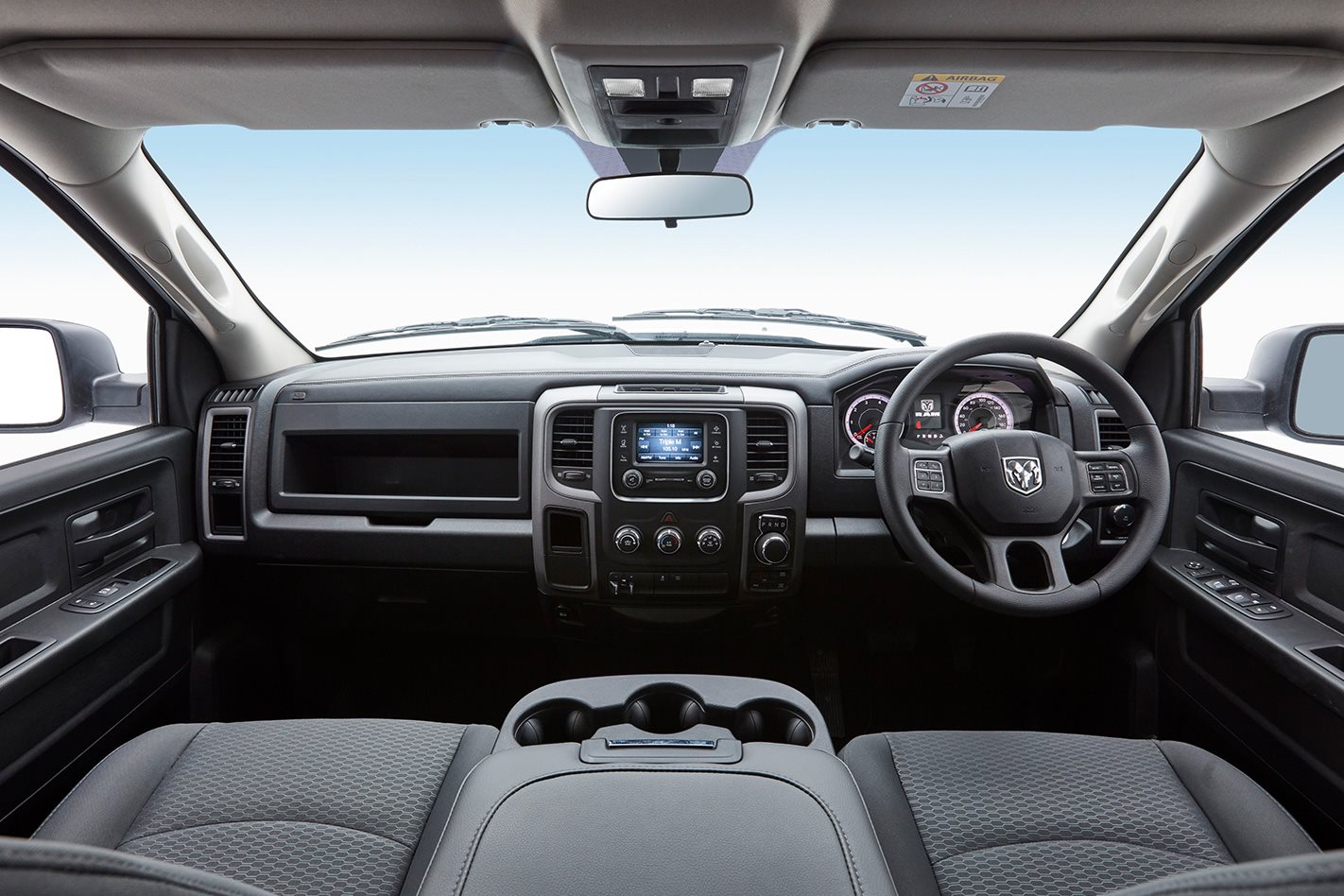 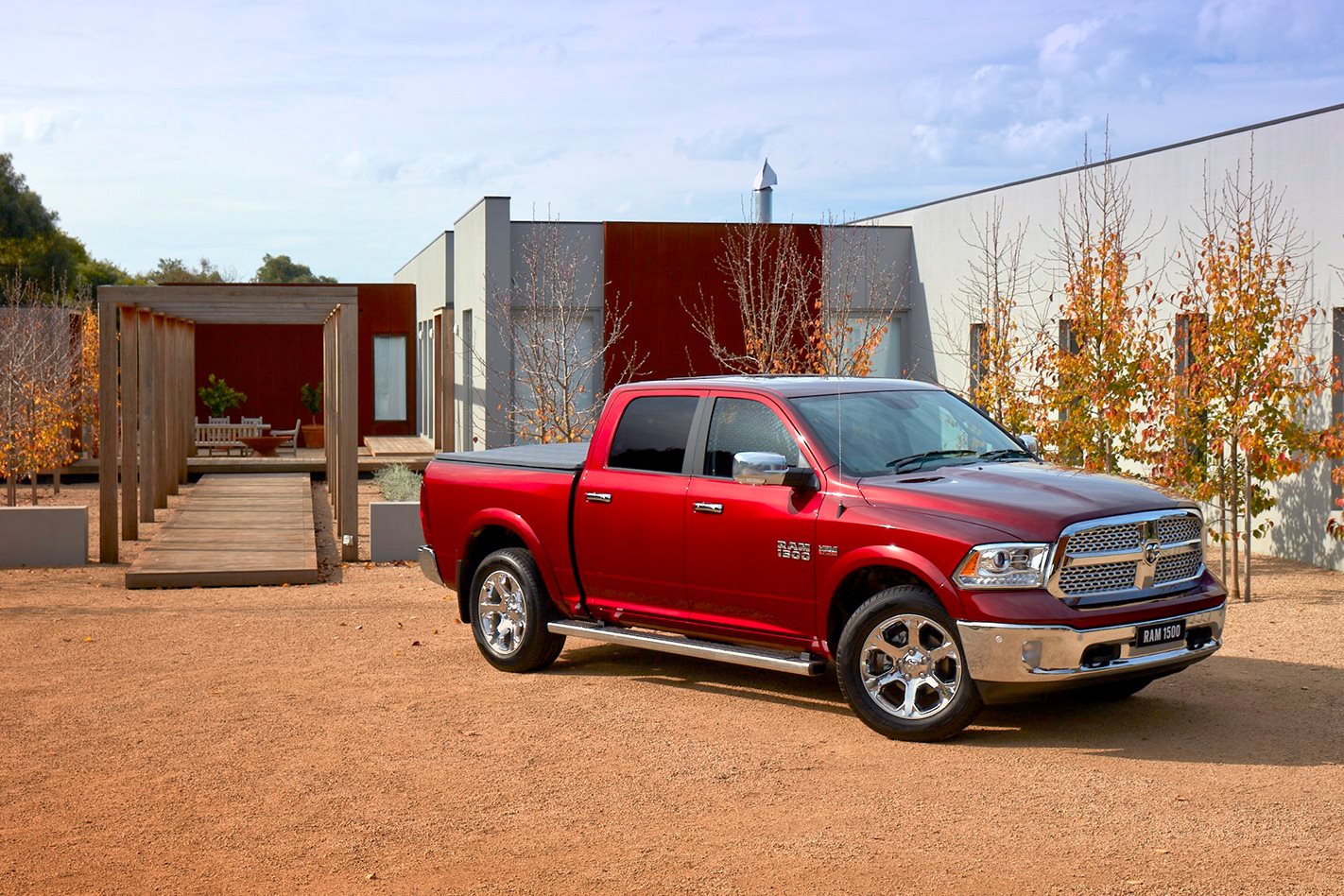 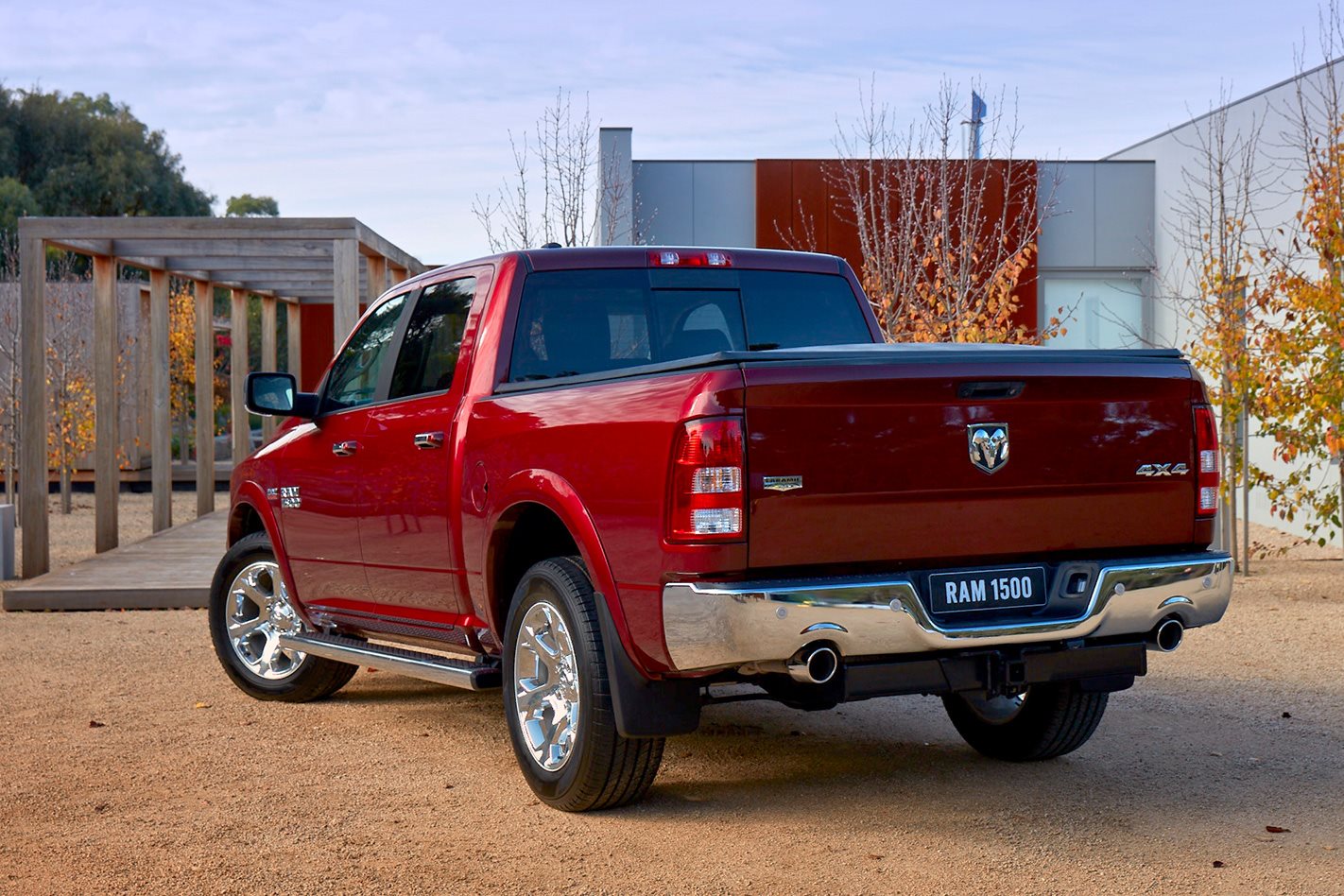