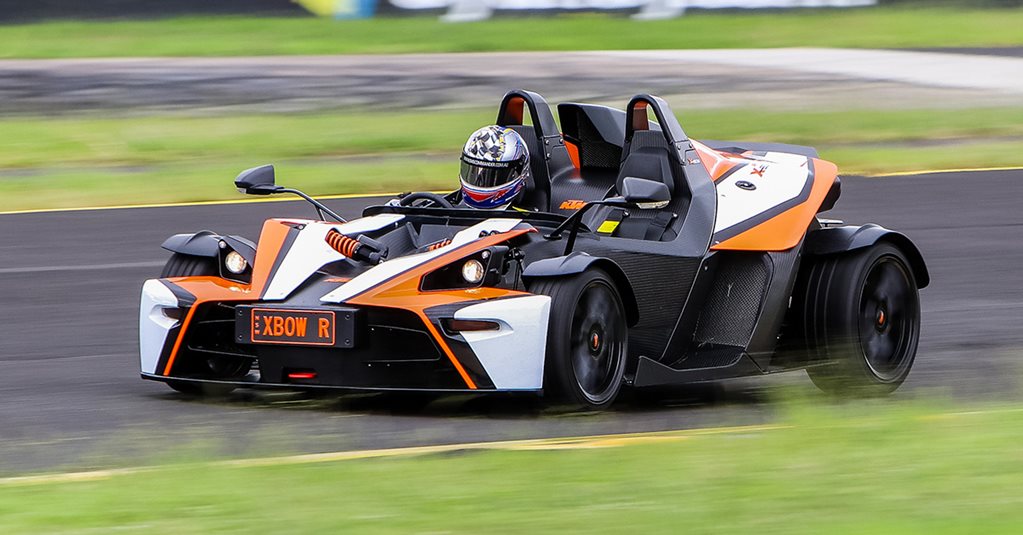 It’s taken longer than expected, but Austrian motorcycle experts KTM have finally worked out how to get its first four-wheeler, the X-Bow, into Australia.

Starting at $169,990 plus on-road costs, the Austrian-built X-Bow R is limited to 25 units a year under the Specialist and Enthusiast Vehicle Scheme (SEVS), and it’s coming through Sydney-based Lotus importer Simply Sports Cars (SSC).

Just two dealers will sell the car; SSC’s store in the Sydney suburb of Artarmon, as well as through Brisbane sports car retailer Motorline.

They’ll even have a two-year, unlimited kilometre warranty. 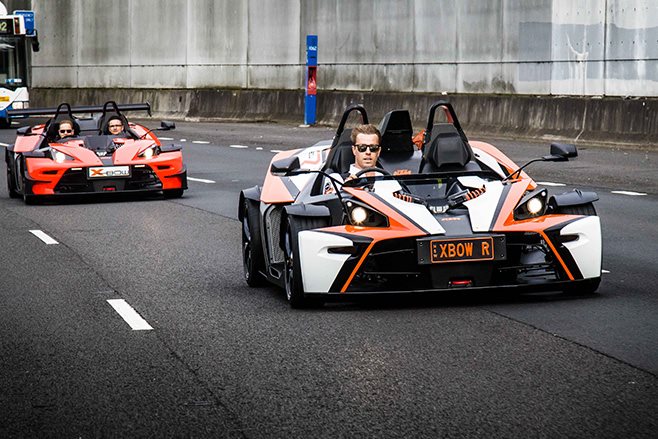 KTM has sold 1000 X-Bows worldwide since 2007, and offers the X-Bow in standard R, souped up RR and touring GT specs. Only the R has been homologated for Australia, but there are option packs to tweak the car up to RR spec and beyond.

Price- and purpose-wise, the $189,000 Nissan GT-R and Porsche’s Boxster S at $143,100 are really the only serious competitors, though the incoming Lotus Exige 350 will also run it close.

The process to get approval for SEVS required SSC to crash-test a vehicle, but the biggest single change made to the car for Australia was the addition of a seatbelt warning light.

“There are certain criteria to meet before the car can sit the SEVS scheme, then it’s up to us to go and prove compliance,” said Lee Knappett, the founder of SSC.

“We’ve met all of these requirements, and this car has full European approval, including the more recognised ECE approvals. Unfortunately a couple of the ADRS didn’t match up with the ECEs, even though they are closely aligned, so we went ahead and did crash testing to ADR specifications.” Needless to say, it passed. 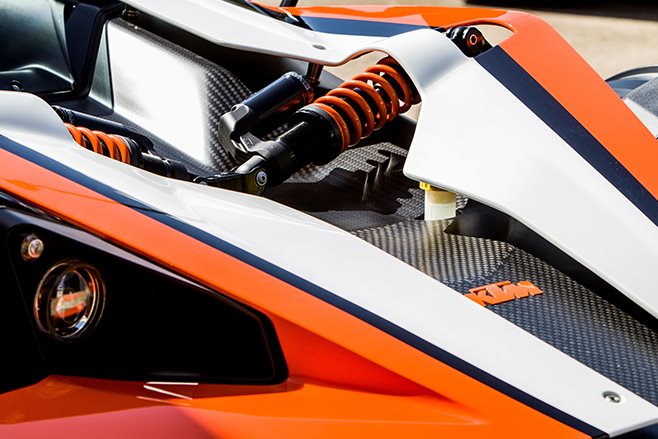 “We had to raise the raise the ride height to 100mm from 90mm, and add tyre and fuel consumption stickers, as well as the seatbelt light. That’s it,” said Lee.

The crashed car was repaired after the test, and is actually still used by SSC as a demonstrator.

The X-Bow R is built around a carbon fibre tub with a deformable crash structure module on the front and adjustable A-arm suspension at all four corners. All body panels are carbon fibre, too, and can add 200kg of downforce at 200km/h. For ref, a Supercar adds about 140kg at similar speeds.

A small deflector screen acts as a windscreen, and there’s no way to fit a roof. SSC will supply the X-Bow with a pair of multi-use helmets equipped with Bluetooth intercoms. A helmet isn’t actually required by law, but it’s probably not a bad idea on a longer trip. 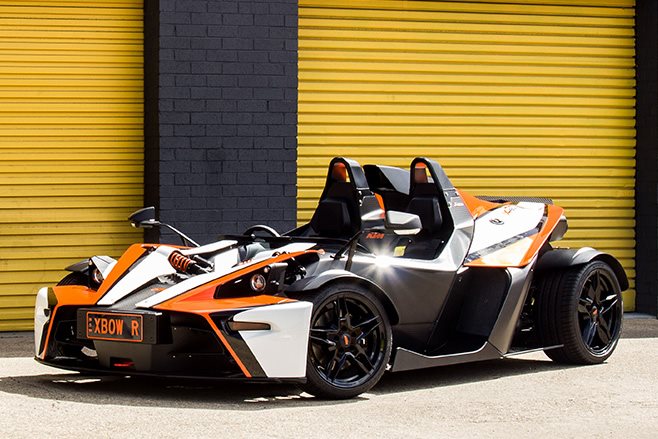 There’s no boot or storage in the X-Bow, either, so pack lightly.

The front springs and dampers operate via a rocker arm arrangement, while the rear has a more traditional coil-over design. Fixed-rate anti-roll bars are used front and rear on the R, but adjustable items can be optioned. In fact, the options brochure is three times thicker than the actual sales version.

Brembo calipers on steel rotors, and 17-inch rims up front and 18-inch rims on the rear shod with Michelin Super Sport tyres, round out the chassis.

A VW Group six-speed manual gearbox with a limited slip diff and a short-shift kit is standard, with an Australian-made Hollinger six-speed sequential gearbox on the options list. 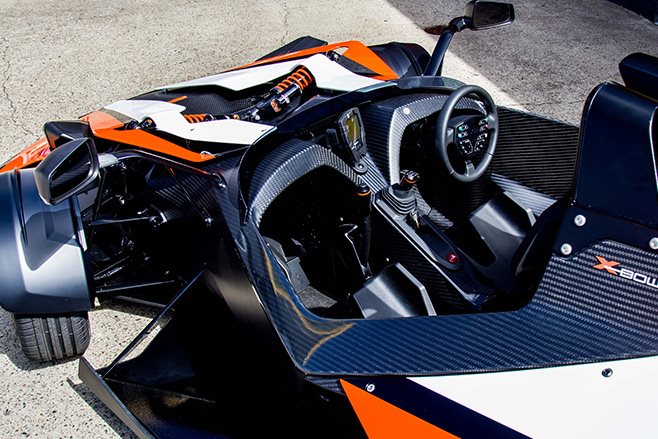 Out of the 760-odd parts in the X-Bow, about 130 are VW Group bits, including the stop/start button, handbrake arrangement and gearbox.

Inside, the X-Bow has fixed seating for two, with Recaro-supplied seat padding. The steering wheel is detachable and is adjustable for both reach and rake, and four-point, three-inch wide fixed racing harnesses are supplied for driver and passenger.

In a patented design, the KTM’s pedal box can be adjusted easily via a lever on the flor that slides the whole pedal arrangement back and forth. Apparently McLaren is keen to buy the idea!

A wee dash displays a digital speed reading, engine parameters and gear position, as well as lap times that can be recorded via a button on the steering wheel. 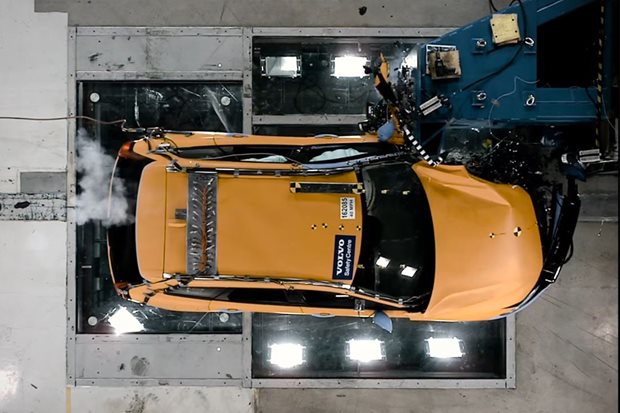 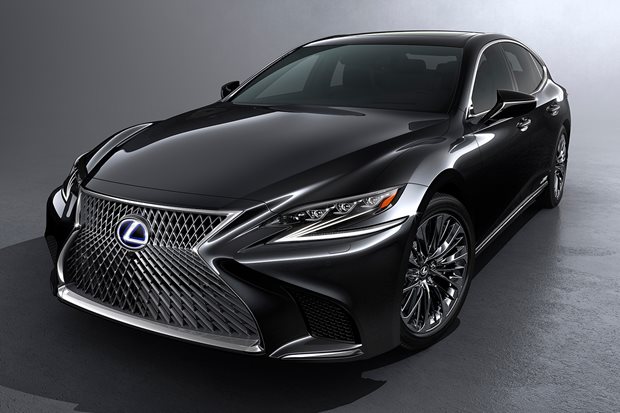 LEXUS has launched a version of its LS luxury sedan featuring a high-performance “Multi-Stage Hybrid” powertrain that can propel it from rest to 100km/h faster than an... 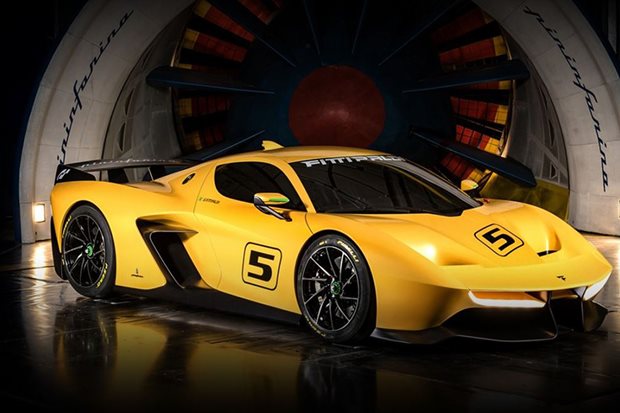 The ultimate dream machine of a two-time F1 champ 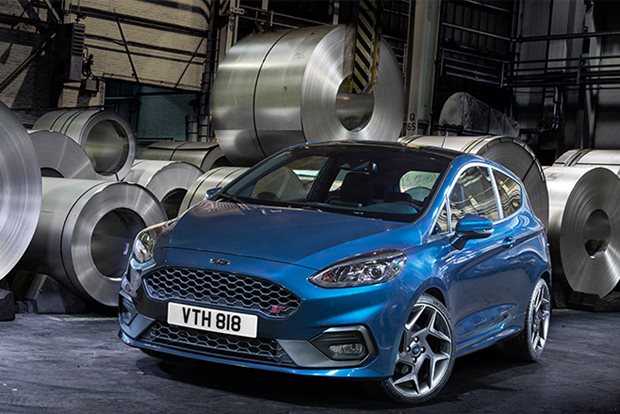