Under the skin of the latest hardcore Lambo

It was inevitable that Lamborghini would offer a harder, sharper, more focussed version of its Huracan.

You might think you know what to expect: a little more power, a little less weight and a lot more price tag, a recipe followed by almost every hardcore Lamborghini since the Miura SV.

The Huracan ‘Performante’, however, is different. Yes, it will be lighter, more powerful and more expensive, but Lamborghini has delved deep into its goodie bag to develop a car capable of standing toe-to-toe with the best track-ready supercars around. 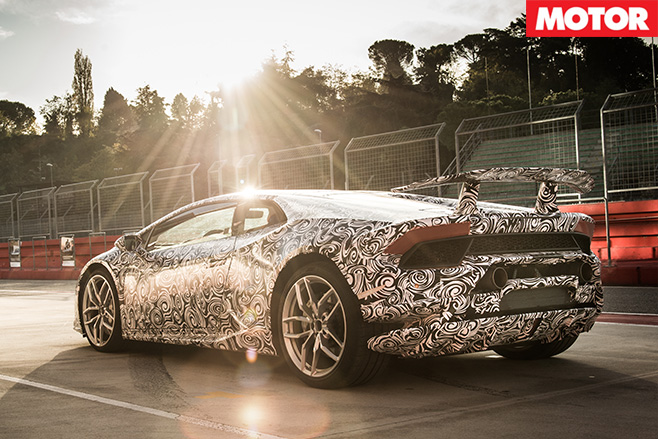 And it’ll need to be good, with Ferrari readying a 488 Speciale and Porsche continuing development on a new GT2 RS.

We won’t see the final Performante until March’s Geneva Motor Show, nor will we have confirmed specifications until then, but you can expect 40kg less weight, a boost for the 5.2-litre V10 up to around 480kW/630Nm, a 0-100km/h time of three seconds dead and a 340km/h top speed.

The Performante’s trump card, however, is its wild aero, dubbed Active Lamborghini Aerodynamics. Three electric motors operate two separate flaps in the front bumper and rear wing, which operate differently depending on which of the three drive modes is selected. 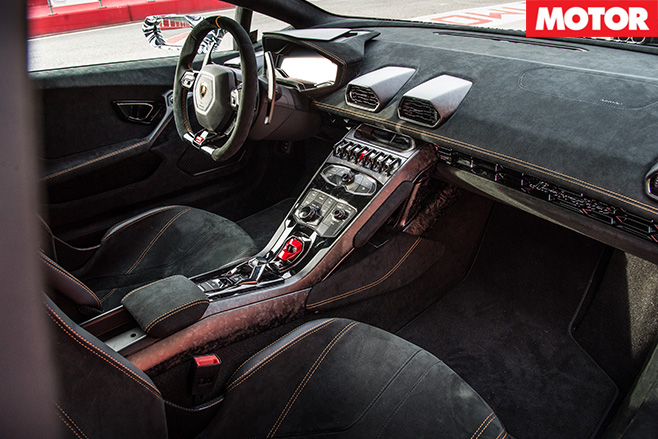 In Strada, all four flaps open at 70km/h until 310km/h, at which point the front flaps close to reduce lift and maintain stability at v-max.  In Sport, all four flaps again open at 70km/h, but close at 180km/h to maximise downforce for high-speed cornering until 310km/h, at which point the rear flap opens to again reduce drag like the DRS system on an F1 car.

But it’s in Corsa where the system really shows its worth, with all four flaps operating independently depending on the Performante’s lateral and longitudinal requirements.

For example, under braking all four flaps close to increase downforce and stability, however during cornering the rear outer flap opens to reduce the load on the heavily worked outer tyres while the rear inner flap remains closed, increasing the downforce on the inner wheels. 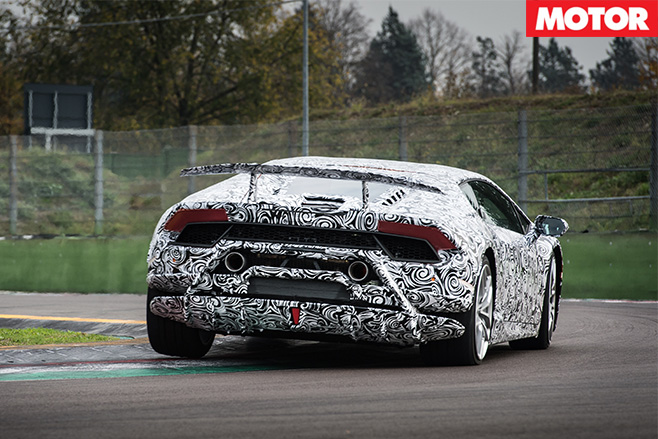 Lamborghini calls it ‘aero vectoring’, simulating torque vectoring using the power of the air, as well as the ability to increase downforce under braking while reducing drag on the straights.

Does it work? Find out in the next issue of MOTOR when we drive the new Huracan Performante.