Two Lamborghini Huracan mules spied at the Nurburgring suggest the firm’s readying a faster variant of its ‘entry-level’ supercar. And the rate which they blow-by a Mercedes-Benz limo (which is fair hustling), warn McLaren’s 675LT need watch its back.

While specific details are scarce, the cars’ aren’t quiet about their aerodynamic strategy – a remodelled front bumper and huge fixed-wing put downforce on the menu. But a hellish roar is the only hope the standard 5.2-litre V10 might have copped a tweak.

If this new variant’s to follow in the Gallardo Superleggera’s footsteps, all-wheel drive should remain, but a lot of weight won’t. When it hits showrooms expect a sub-1500kg ticket. 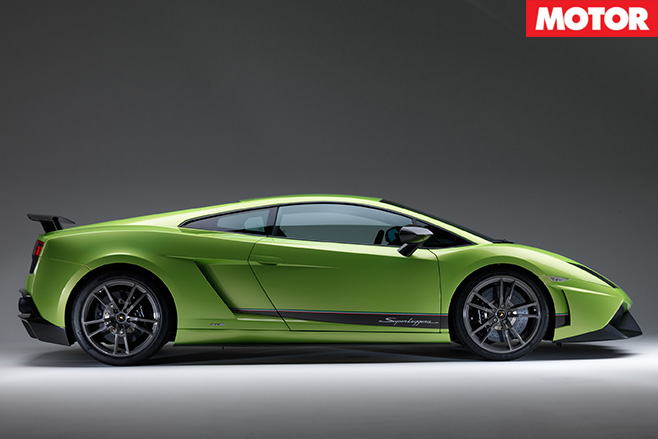 Speaking of time, it might seem early for a new Huracan, the car only launched two years ago, but there are a couple of reasons to suggest we’ll see the ‘Superleggera’ by 2016’s end.

Lamborghini’s original lightweight appeared only three years after the Gallardo’s launch, allowing it to fit a string of other special editions into its life-cycle. And Lamborghini must be keen to steal back attention from Audi’s recently lobbed R8 V10 Plus.

We’ll have our eyes peeled for the unwrapped mule at motor shows towards the end of this year, chiefly Paris in October.