LEXUS has taken the wraps of its latest race car, and it is an absolute corker!

Built for the Japanese SuperGT series, the Lexus LC 500 race car will compete in the flagship GT500 category against the likes of the Honda NSX, and Nissan GT-R.

The unveiling of the LC 500 racer precedes the car’s arrival in global showrooms, with the road car not expected to go on sale until next year.

The racing LC 500 will replace the Lexus RC F GT500 when the RC F’s competition campaign finishes at the end of 2016. 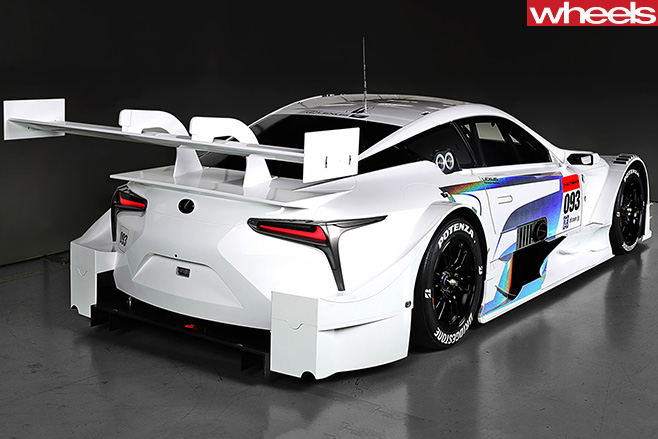 The GT500 LC 500 features traditional motorsport improvements, including huge flared bodywork, aerodynamic upgrades like a large spoiler and rear diffuser, as well as a few additional vents for cooling purposes.

Power (estimated to be over 447kW) is delivered by a 2.0-litre four-cylinder turbo engine built to the global ‘Class One’ regulations, designed so SuperGT and DTM can one day compete against each other on the same track.

Tipping the scales at just over 1000-kilograms, the LC 500 racer will be a swift beast. A six-speed sequential gearbox feeds power to the rear wheels. 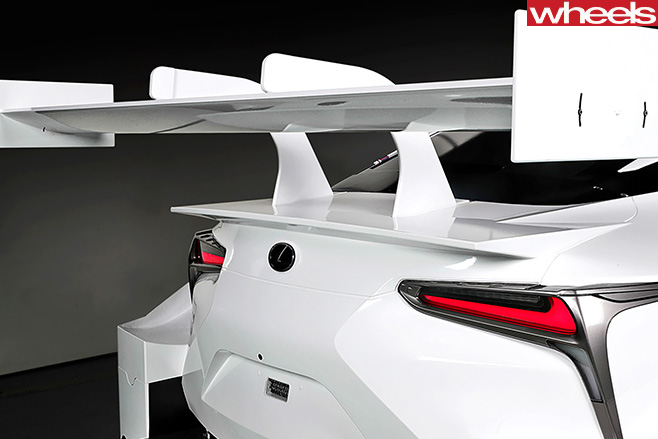 The road-going LC 500 won’t have the option of a 2.0-litre four-cylinder turbo when it goes on sale, it will instead be fitted with either a 5.0-litre V8, or 3.5-litre V6 hybrid drivetrain.

But forgetting all that, just look at the thing! SuperGT cars are absolutely stunning, and the LC 500 is one of the best. You can’t go wrong with a side-exit exhaust in the door!

Lexus has a strong history with SuperGT, which is the national touring car/GT category in Japan. Together with Toyota, which started competing in 1996 with the Toyota Supra, the pair has won 13 GT500 and GT300 championship titles between them. 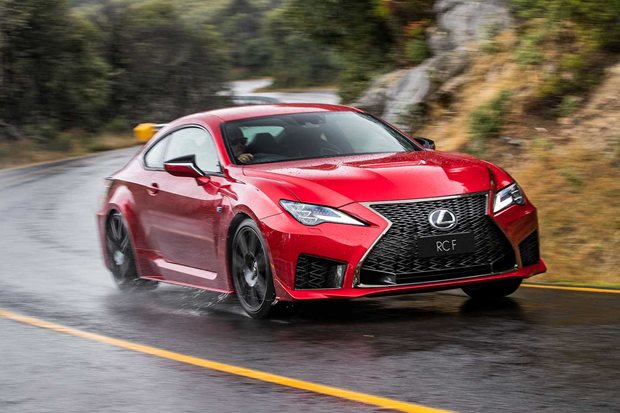