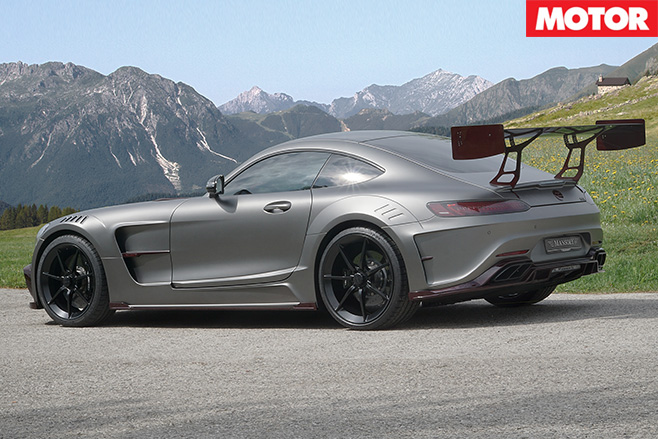 Building upon the GT S it revealed at Geneva Motor Show, the ‘Bandar’ GT S has been fitted with a wide body kit, a vented bonnet, and new 21-inch alloys. But it’s the rear-wing large enough to frighten a Boeing which makes it unique. 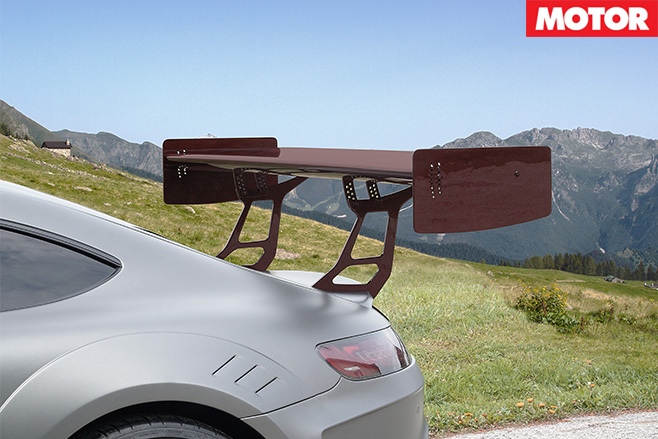 Mansory claims the ‘remodelled’ wing “is an impressive testament to the urge – and ability – to take corners at race speeds.” Speeds, of course, determined by how brave you are with its fettled 4.0-litre twin-turbo V8. Larger turbochargers have been dropped in its vee, and with new filters and exhaust system the unit makes 537kW.

No word exists on a torque figure, but its 305/25 rear rubber should provide chance of taming its new outputs. And combined with 245/35 front treads, the Mansory GT S is said to sit lower than the stock car. But besides that no suspension tweaks have been made. 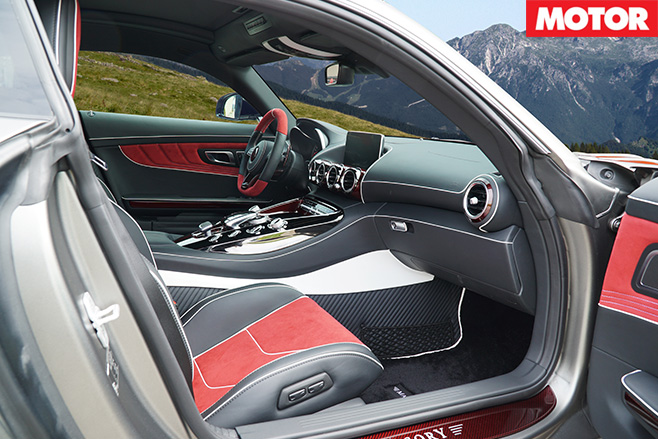 At the owner’s request the cabin’s carbon fibre trim has been treated in red. With one piece below the HVAC controls stating the car is ‘one of one’, followed by the message ‘built for Bander’. 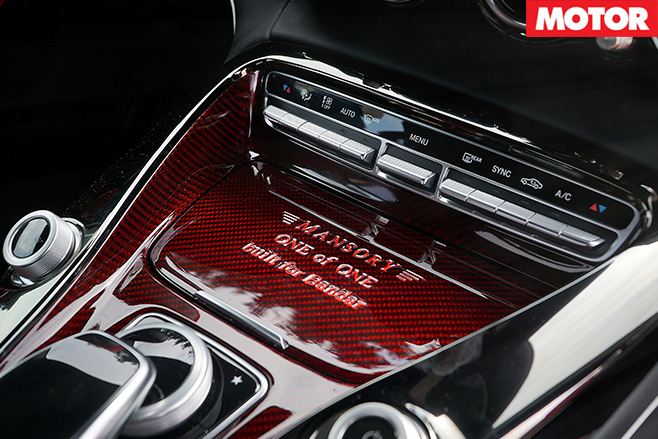 It’s certainly not the first AMG GT S we’ve seen stuffed full of power, but it takes a new visual direction with the supercar. More of which we’re willing to see. Well done, Bander.