MAZDA has opened the door to more model-sharing with Toyota, revealing it now has a list of the things it would like to jointly work on.

Speaking to journalists at the announcement of a big slump in expected earnings, Mazda global vice-president Akira Marumoto said the carmaker had identified “10 main themes" that it hoped would spin out from a tie-in with fellow Japanese rival Toyota via a deal struck between the carmakers in 2015.

However, Marumoto shied away from elaborating on what those areas of development were, only confirming that talks to jointly develop electric vehicles and connected cars – both announced last year – were progressing.

"We will announce it [other areas of cooperation] at an appropriate time once we have reached an agreement," he told Bloomberg.

Under the terms of the deal first announced in mid-2015, Toyota was expected to help Mazda with plug-in hybrids and fuel cell vehicles, while Mazda would offer its SkyActiv fuel-saving technologies rolled out across its petrol and diesel engines. 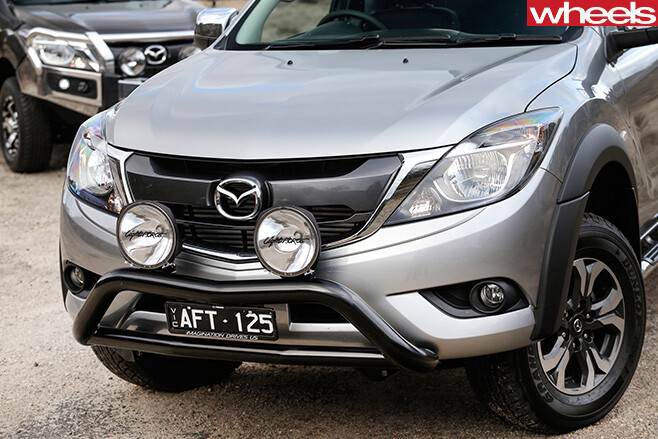 Mazda announced recently it was severing its deal with Ford over the joint development of a trade ute – the Australian engineered Ford Ranger and Mazda BT-50 are essentially the same commercial vehicle underneath.

The split is believed to have evolved from GM’s wish to take the Colorado more up-market, while Isuzu appears more keen to cater to lower-cost, emerging Asian markets.

The partnership would result in the first Mazda BT-50 not platform-shared with Ford.

Australia is preparing for number of new trade utes to arrive here, competing for space in one of the fastest-growing segments of the market that currently accounts for about one in every five new-car sales.

A current favourite for platform sharing is the Nissan Navara, a trade ute launched on the Australian market in 2015. It will become the platform for utes including the Renault Alaskan, and the recently revealed – in concept form at least – Mercedes-Benz X-Class.

Mazda this week stripped 25 billion yen ($A300 million) from its full-year earnings forecast; not because it is selling fewer cars, but due to the steadily growing strength of the yen on global currency markets that has severely eaten into export earnings.