IT WASN’T all that long ago that we took a Bentley Continental GT Speed to the Northern Territory and hit the 330km/h V-max and, while that high-speed blast was conducted on a closed section of the Stuart Highway, if we’d wanted, it would have been perfectly legal at any time.

This was possible thanks to the unrestricted speed zone that was in place at the time of our visit.

However, last year that NT unlimited speed arrangement was scrapped, and a 130km/h speed limit was implemented – a move slammed by car companies.

Now, a McLaren owner has found himself the subject of a viral social media post by Northern Territory Police by travelling at what was, until recently, considered a reasonable and safe speed for that particular stretch of highway.

The territory’s emergency services social media page posted two photos of the black McLaren 650S (not the MP4-12C it was misidentified as), which was clocked by police travelling at 182km/h in the 130km/h zone about 19km from the Erldunda roadhouse near Alice Springs.

Yes, the driver broke the law, which we do not condone, but we’ve said it before, and we’ll say it again - the 130km/h speed limit on stretches of the Stuart Highway is needlessly restrictive and previous analysis has shown that open speed limits actually cut road fatalities along a trial section of the road.

The Northern Territory Police social media page ends its post with the throwaway remark “It seems that money cannot buy you sense on our roads.” 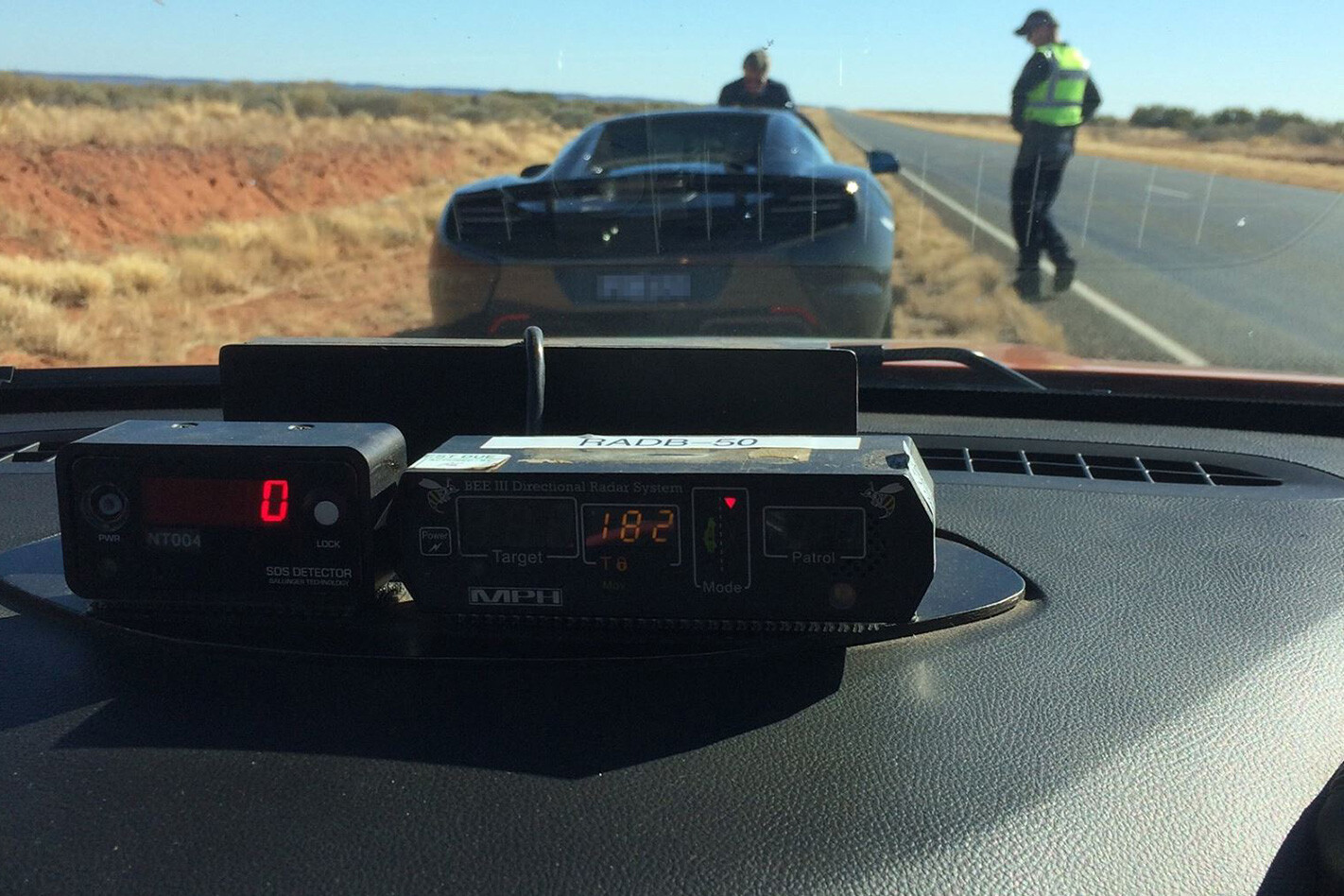 In reality though, a car engineered to effortlessly cruise at 200km/h and crack 300km/h is safer than many other vehicles on the road when travelling at speed, and we would argue that a 650S is a sensible choice for high-speed motoring, where legally permitted.

While the subject of sense irrespective of financial solvency is up for debate, we question the sense behind a decision to reinstate a 130km/h limit when the evidence suggests more people will die at the wheel as a result.

May there one day be common sense in the Territory again.

The driver of the McLaren was given a notice to appear in the Alice Springs Local Court over the offence.