Stephen Corby fires up over the planned reinstating of speed limits on the Stuart Highway.

How often do governments do the right thing? Frankly it’s such a vanishingly small number that you could count it on the fingers of one hand, if you were a duck.

Stopping people from smoking in pubs is one good example that those of us who aren’t silly enough to suck down cancer sticks at $2 a pop could agree on, so let’s try to imagine our surprise if, after a change of government, a new party announced it was rescinding them.

Revoking laws that make perfect sense brings to mind the kind of political genius that has seen the COPs (Conservative Ostrich Parties) cutting back on global-warming research.

And yet it is a Labor Government that has thrown out good sense, good results and, most vitally, what its people want by announcing it will reinstate 130km/h limits on the Stuart Highway in the Northern Territory, in a move that will have locals swearing even more prolifically than usual (and believe me, their inability to construct any sentence, even one asking their kids to pass them the milk, without at least two profanities is profound and unique). 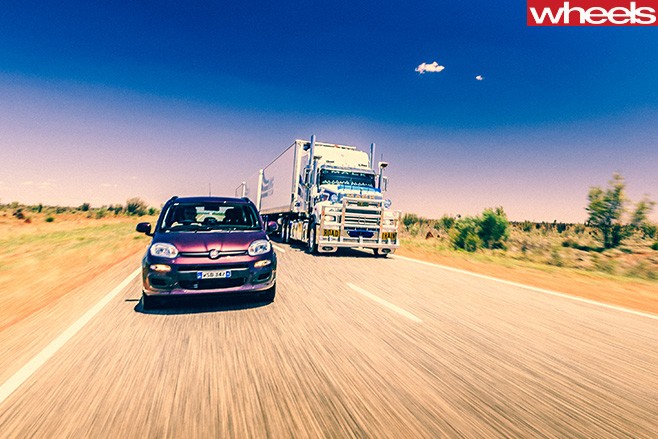 For many moons, the NT had no limits at all on its highways, and the people were delighted with this rare, Germanic outbreak of good sense, which reflected the fact that it’s a big, big place, and that people have to travel vast distances on largely empty roads with perfect sight lines.

The logic thus follows that if you can complete your eight-hour journey in six hours, you’re far less likely to die of boredom and fatigue-related injuries.

Unfortunately, the last time Labor was voted in, back in 2006, it decided that logic could go to hell, and that what the locals wanted was not its concern, which is, to be fair, the kind of approach often favoured by both sides of politics.

Remarkably, the Country Liberals - who certainly sound more conservative than Pauline Hanson in an ankle length dress and a cowboy hat - made the brave move of reinstating the open limits in 2014 on a 200km stretch of the Stuart north of Alice Springs and, after everyone was very sensible and Absolutely No One Died, despite the horrified predictions of the Nanny Staters, in the next 36 months, the derestricted zone was extended by a further 100km in July this year. 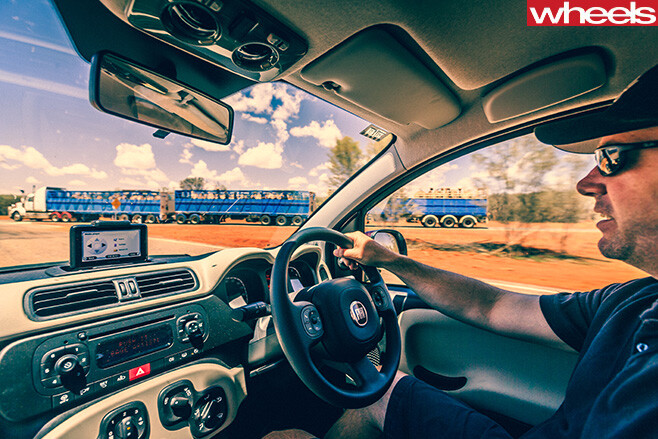 Wheels visited, in a Fiat Panda, obviously, to find out what the locals thought almost immediately after the change and, while we were much entertained by their colourful turns of phrase and love of drinking VB from cans, we were also hugely impressed by how sensible they were about the whole speeding thing.

From their point of view, the derestricted idea is nothing to do with speeding for the sake of speed, or fun, and they’re not the types to drive Porsches or Lamborghinis anyway. But in their high-kilometre Holdens and hardworking SUVs, they appreciate being able to sit on 150km/h, to cover ground quickly but safely. Any faster, they reckon, and the fuel use just gets too extreme, and expensive.

That little stretch of the NT seemed like a tiny, empty corner of Australia that actually made sense, at least in that one way (to be fair, living there at all, with that weather and those flies and all that nothingness, makes little sense). Speed did not kill. A national limit of 110km/h was (expletive) ridiculous. Even the police seemed quite nice, and strangely sensible. And yet here comes Labor, making a political point rather than a logical one. It’s their policy to bring back 130 limits, they say, it always has been. So there.

Frankly, they’ve hinted, the NT locals (who voted for them in huge numbers to be fair, with an 18 per cent swing against the Country Liberals, clearly based on other issues) should think themselves lucky they haven’t bowed to what would obviously be serious pressure from Federal authorities to bring in a 110km/h limit across the Territory.

That’s the stupidly slow limit that West Australians have to put up with, despite the NT’s top cops telling Wheels that the WA rozzers were watching the trial with great interest, desperate to a least move to 130km/h themselves, on their remote, empty and open stretches of highway.

Yes, we realise a move to 130km/h on busier roads like the Hume (which is still virtually empty compared to Italian Autostrada, which cope with that exact limit somehow) is a huge ask for terrified and cowed Australians to get their heads around. And that politicians who have the will to even try are few and very far between.

But surely the roads in the NT, which even a Fiat Panda can cruise