This is a day out at the Nurburgring we want to see the lap times from.

Rumours (at this point, at least) have been circulating of a particularly fast lap of the Nurburgring’s Nordschleife which was run by Indy 500 champion Kenny Bräck in a McLaren P1 LM, a road-legal version of the P1 GTR.

Video shows Bräck taking full advantage of the McLaren P1 LM’s potential, though we can’t be sure just yet that he has actually achieved the supposed 6m 48s lap.


If it’s true, it’ll mean that Lamborghini’s recent record has been smashed by about four seconds.

Despite setting a time with a regular P1, McLaren has famously refused to release it, stating only that the car went "sub-seven minutes". This gives credibility to the lighter, more powerful and more aerodynamic P1 LM achieving a 6min48sec.

It can’t be verified yet, as witnesses have pointed out that Bräck didn’t run continuous laps (which could be roughly timed by onlookers), stopping after each one to make changes to the car. 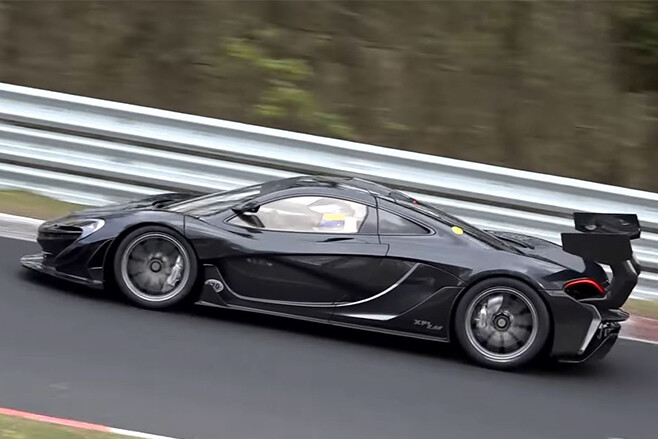 Of all people to have a crack in the P1, it’s hard to look past the man who survived 214Gs during a “messy situation” (as he has called it) at Texas Speedway in 2003 when his Indy Car broke apart and almost killed him.

Now retired, the super-Swede was also the one who set a hillclimb record in the P1 LM at Goodwood last year.

When you’ve walked away from one of the most horrific crashes ever, as Bräck did, you’ve got to keep your retirement interesting.