Production lap record set to be pinched from Porsche 918 Spyder

Only weeks before its Geneva motor show reveal, the Lamborghini Huracan Performante has reportedly blown the Porsche 918 Spyder into the weeds at the Nurburgring Nordschleife and nabbed a new production car lap record of six minutes and 52 seconds.

Without an electric-boost powertrain in sight, Lamborghini’s tweaked 5.2-litre V10 – now with around 480kW and 630Nm – aided the aggressive, track-focused Huracan in wiping a full five seconds off the time set by Porsche’s hybrid hypercar, according to Motor Trend.

Perhaps even more impressive is the reduction from the Lamborghini Aventador SV’s 2015 time of 6min 59.73sec, which previously placed it second on the production car record charts ahead of the Nissan GT-R Nismo’s 2015 time of 7min 8.68sec. 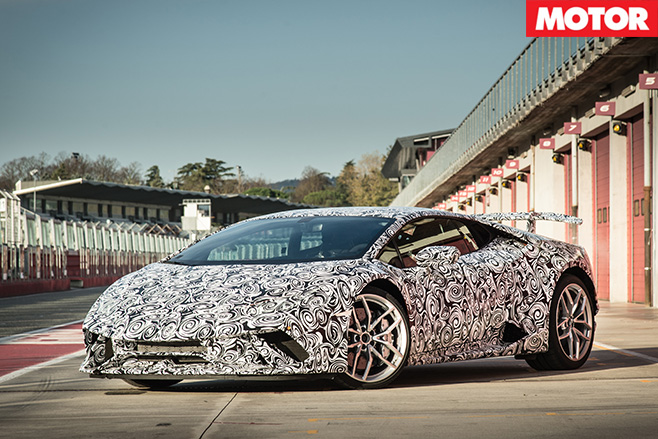 It likely wasn’t a modest power and torque increase that most aided the Aventador Performante’s record-smashing Nurburgring time, however – but rather aerodynamic aids.

Active Lamborghini Aerodynamics – as dubbed by the brand – makes its debut and uses three electric motors to operate a duo of flaps in both the front bumper and rear wing, which can operate together or independently depending on the situation and mode.

All four flaps can close to maximise downforce when braking from around its 340km/h top speed, for example, or open completely to minimise drag when accelerating from standstill to 100km/h in 3.0 seconds and up; or, during cornering, it can even open on the outside wheel side to reduce load on the heavily worked tyre, yet remain open on the inside wheel to increase downforce on the lightly loaded side. 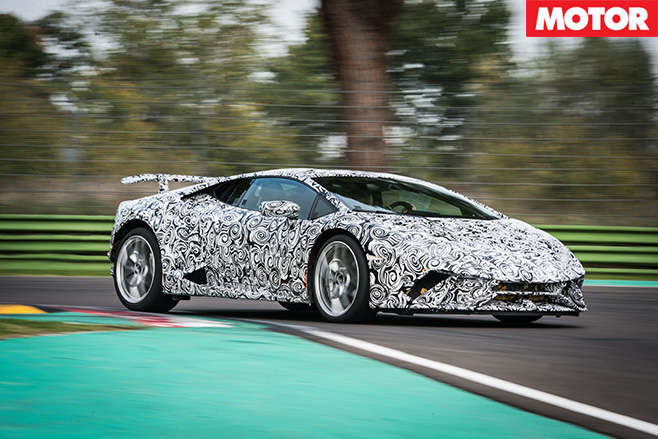 Lamborghini head of research and development Maurizio Reggiani recently told Australian media that “we achieved much more than expected” with the Huracan Performante, and he confirmed it would eclipse the time of the Aventador SV. What he didn’t say is that it would take the 918 Spyder with it, too...

Want to know more about the Lamborghini Huracan Performante?