Fresh on the heels of the new Mercedes-AMG E43, C43 and C43 Cabriolet, the power-crazed boffins from Affalterbach have given us this - the GLC 43 4MATIC.

It’s the newest member of AMG’s rapidly expanding line of second-tier sport models, which sits at the core of the brand’s plan to offer the most comprehensive performance car line-up in the world.

It also fills the gap between the regular GLC range and the even angrier, performance-focused AMG GLC 63 due later this year.

It might sound modest in the power-crazed land of AMG, but the six-pot has enough poke to shoot the GLC 43 from rest to 100km/h in 4.9sec, meaning it will trounce most hot hatches in a traffic light grand prix.

The power is split front and rear via a rear-biased four-wheel drive system, and sent through Merc’s venerable nine-speed auto, which cops an AMG-specific tune for faster shift times. 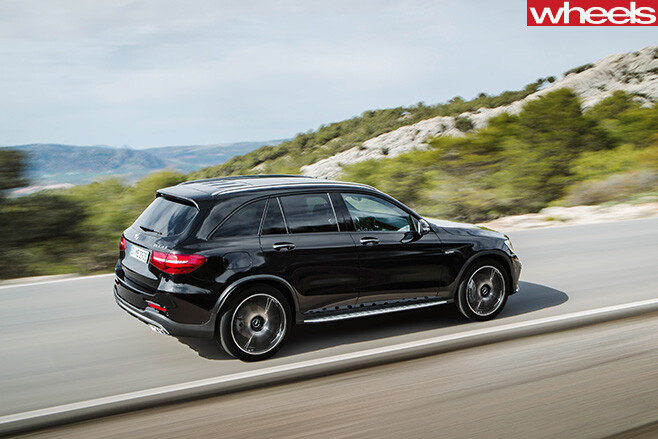 Bigger brakes (360mm up front and 320mm at the rear) and standard air suspension with three-stage adaptive dampers complete the mechanical overhaul.

Visually, the changes are subtle and effective, with the biggest difference arriving in the form of 19-inch five-spoke alloys with a high-gloss finish. There’s also more aggressive front and rear bumpers and unique AMG exhausts.

Inside, it’s what we’ve come to expect from AMG with plenty of red stitching and chunkier sports seats.

The GLC 43 will arrive locally in December.