Mercedes-AMG GT R Pro onboard at the Nürburgring

AMG has sent its sharpened GT R Pro out for a few laps of the Germany’s most famous track, capturing footage of a 7:04 run.

Affalterbach say it ran the AMG GT R Pro around the Nürburgring before its LA Auto Show reveal, clocking a time faster than the standard Mercedes-AMG GT R. 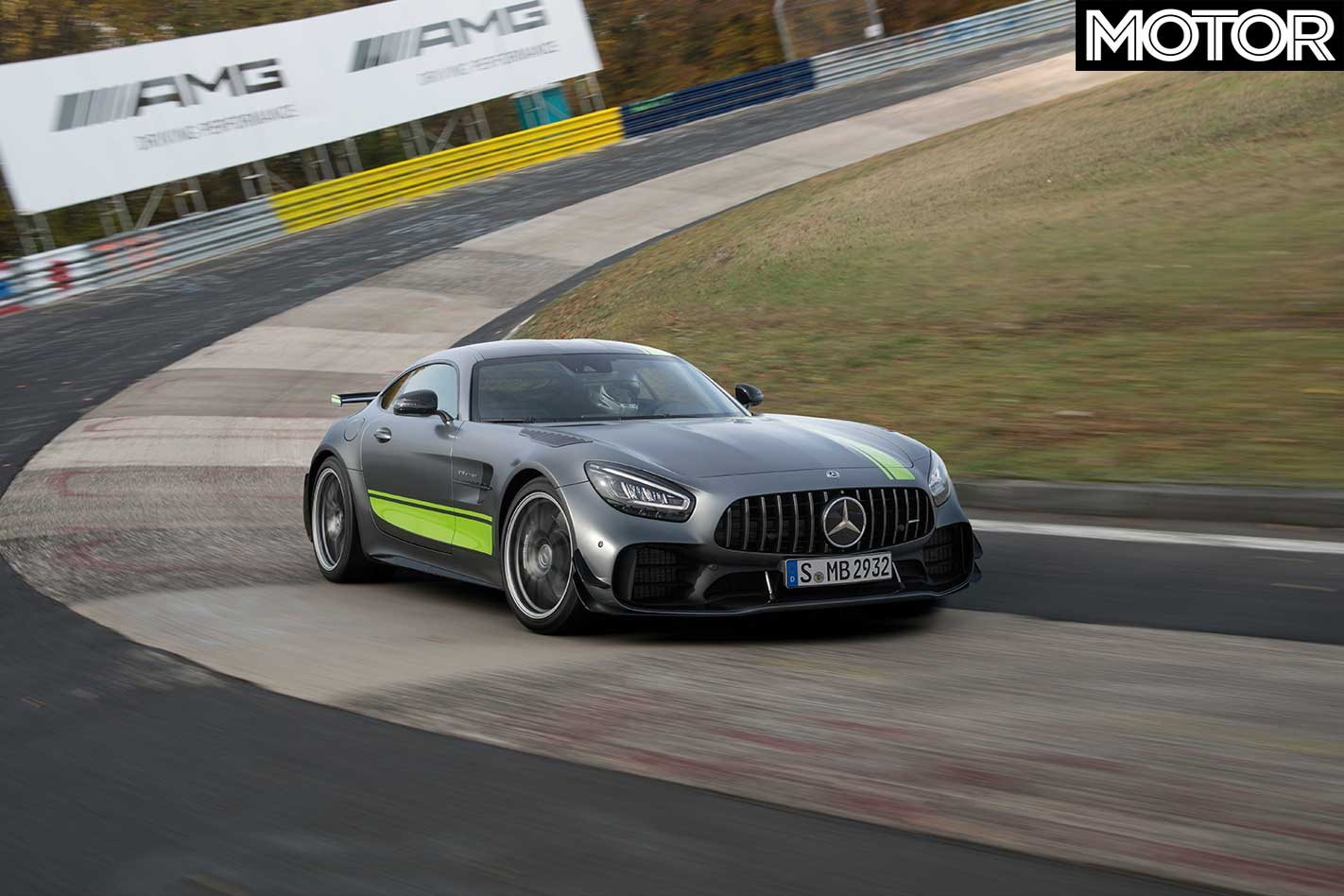 “Already before its full reveal, the new Mercedes-AMG GT R Pro impressively demonstrated its performance potential on the racetrack.

By calling conditions ‘autumnal’, AMG is implying the car might be faster with better weather. Specks of water on the windshield at the beginning of the lap suggest the track wasn’t exactly dry, while temperatures rarely break double-digits towards the end of the year. 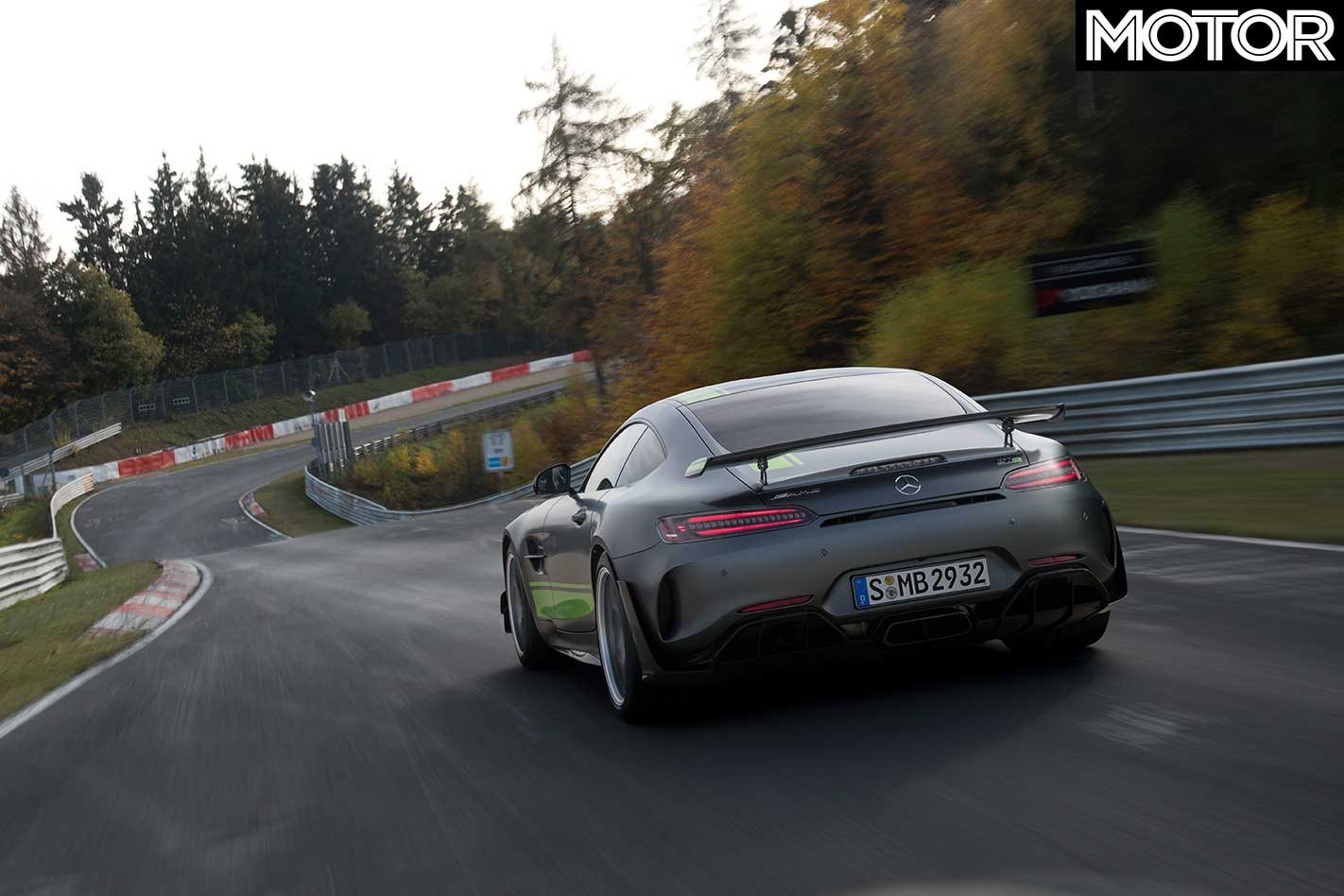 We do know it can’t have been within recent weeks – there’s currently a fair bit of construction happening with the track surface.

But if, once that’s finished, the GT R Pro returns to the Ring, it could even shave a few seconds off.

The 430kW/700Nm GT R Pro shares the same outputs from its 4.0-litre twin-turbo V8 with the ‘standard’ GT R, but the Pro features better aero, a sharper chassis, and optimised weight. 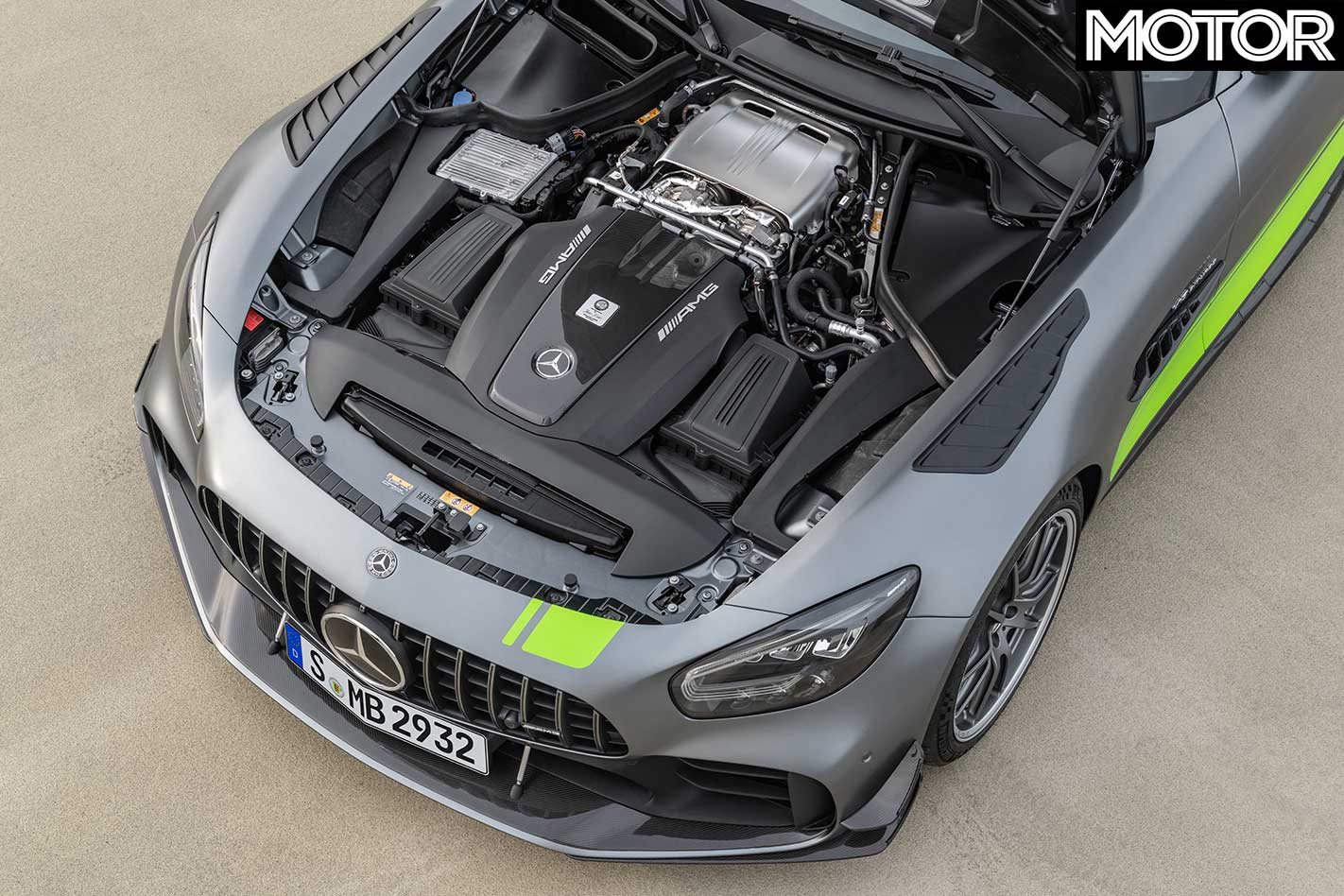 Upgraded suspension features adjustment dials on each damper so the driver can set compression rates and other variables to perfectly reflect their driving style and the track they’re conquering.

Lighter carbon and hollow tube steel torsion bars, at the front and rear respectively, as well as the addition of spherical bearings for the rear axle’s upper wishbone create a stiffer setup and allow more accurate control.