Four-wheeled VIP section is mega plush for a mega price

The Mercedes-Maybach GLS600 takes the already-opulent GLS and elevates its levels of luxury to the extent that its interior is less ‘swish SUV’ and more ‘luxo Learjet’ to take on the likes of the Bentley Bentayga.

The asking price? $358,300, a recommended list price Mercedes-Benz Australia has provided, noting the GLS600 is expected to arrive in August 2021. Of course, on-road costs and options will see that price head further north. 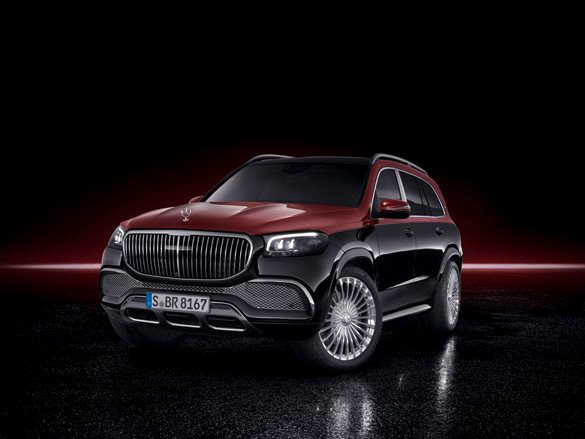 The GLS600 also makes use of Mercedes’s M177 twin-turbo V8, producing 410kW and 730Nm normally, with a total 426kW and 980Nm available temporarily while the SUV’s mild hybrid system is engaged.

A nine-speed auto gearbox is used, with a wide spread of ratios Merc says is a “decisive factor” in the Maybach’s comfort.

Of course, the GLS600’s appeal is its interior, so just how much of that $100k of extra bread has gone into its features, and how much is baked into the badge? 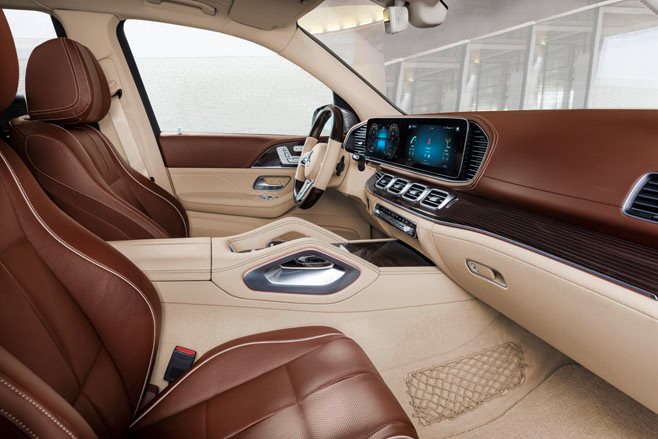 To start, the Maybach can be optioned with four seats instead of five, to provide what the company calls a “feel-good zone” within the cabin where the “four-seat Executive Rear may be used both as an office and as a private relaxation zone.”

Nappa leather-finished rear seats can recline to resemble, in the reveal specification, a comfortable jersey caramel with climate controls and massage functions.

There’s a touch screen on the centre console, which itself can also be optioned with extending folding tables and a refrigerator with space for champagne bottles. High-resolution screens are fixed to the rear of both front seats. 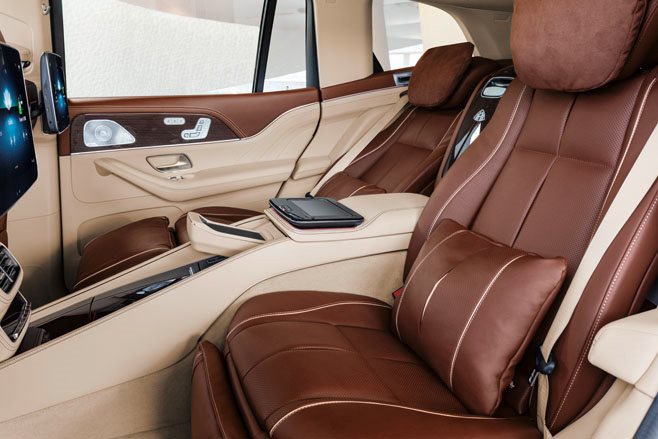 An extra layer of interior comfort comes from underneath, where Mercedes-Benz’s E-Active body control acts to soften road bumps.

The drivetrain has also been tweaked for comfort – including the addition of a chauffeur setting to optimise noise and vibration levels for rear passengers, with drive modes able to include “a very flat accelerator curve” for smoother driving, a reduced number of gearshifts, and a setting for taking off in second gear.

Even getting into the Maybach has been made more comfortable by its tech: the SUV lowers itself and running board steps emerge. That only leaves its price tag as an obstacle for ingress.