The medium SUV segment is booming in Australia, and healthy sales in the segment are fast becoming pivotal for a carmaker’s success in this country. Mitsubishi has meandered along in the segment with the Outlander, but this edgy new five-seater entrant is set to give the Japanese manufacturer a big boost

Mitsubishi’s upcoming midsize partner to the Outlander SUV has been spotted conducting testing in the USA, with a pair of its intended competitors being benchmarked alongside it.

Spied in convoy with a Kia Sportage and Ford Escape (the US-market name for the Kuga), Mitsubishi’s new crossover is expected to be sized somewhere between the current-generation ASX and the seven-seat Outlander, putting it at the lower end of the midsize SUV category where it’ll duke it out with the CX-5, RAV4 and Tucson – in addition to the aforementioned Sportage and Escape. 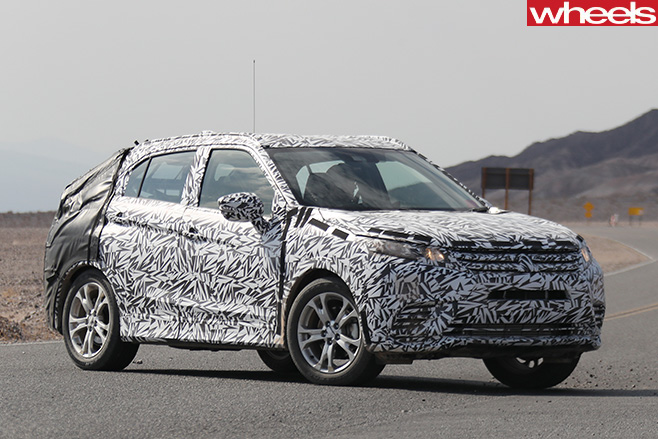 Styling is expected to mimic the edgy XR PHEV concept that debuted in 2013, which also previewed the design language now applied to the Mitsubishi Pajero Sport off-road wagon. Expect a broad grille, slim headlamps and a prominent X-shaped motif around its upper and lower bumper openings that’s similar to the Pajero Sport’s front-end treatment.

What it won’t be, however, is the next-generation Mitsubishi ASX. In line with Mitsubishi’s planned expansion of its SUV lineup, that model is set to be downsized to make room between it and the Outlander for the XR crossover shown here. 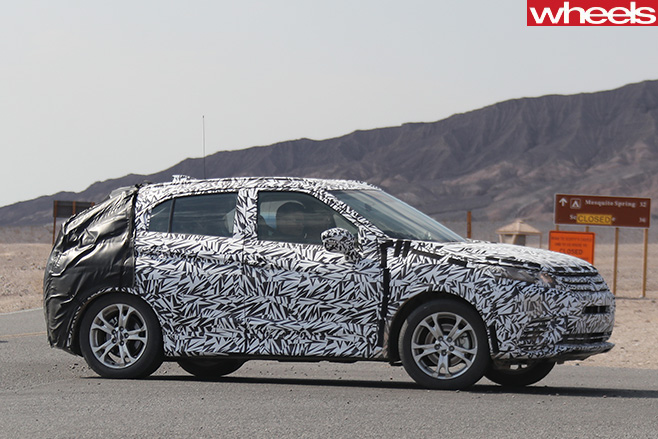 The ASX’s replacement, meanwhile, will likely follow the template set by the EX Concept that was displayed at last year’s Tokyo Motor Show. Shrunken proportions and shorter overhangs will bring that model into direct competition with other compact SUVs like the Mazda CX-3 and Honda HR-V. 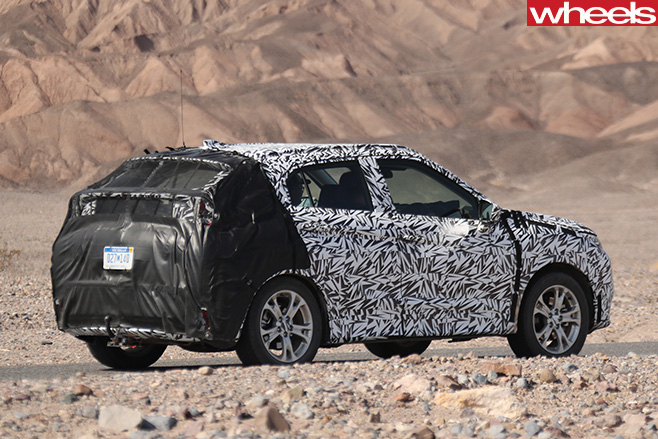 The XR crossover – which could take on the Outlander Sport name - is expected to share most of its under-floor hardware with the Outlander, including its powertrain lineup.

That means a 2.0 litre petrol, 2.4 litre petrol and 2.2 litre turbo diesel will be likely starters for the production version of the XR, along with a plug-in petrol-electric hybrid.