2016 Targa Tasmania behind the scenes

IT’S fitting that a group of nutters has congregated at the base of The Nut, an extinct volcano that overshadows the Tasmanian fishing village of Stanley.

Assembled are the hardcore racers, wannabe Ricciardos and diehard car enthusiasts, all turning the usually quaint and quiet village into a bedlam of idling engines and flat-out chatter.

This is a street party without the dining tables and chairs associated with royal silver jubilees, though this year is a 25th-anniversary celebration.

Targa Tasmania was born in 1992. It was inspired by Sicily’s Targa Florio, and has grown to become Australia’s – and one of the world’s – premier tarmac rallies. 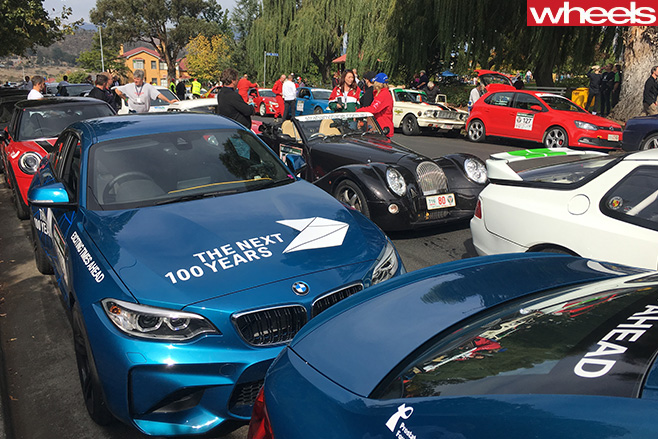 There’s as much emphasis on participation as competition, though. A broad range of categories includes those with varying relaxations of rules to allow owners of both classic and modern sports cars to enter without having to fit roll cages and fire extinguishers, or even wear helmets.

Maximum speed limits are applied, though – enforced either by the installation of the same Rallysafe GPS systems used in the competitor vehicles, or by course observers.

The 2016 field is the largest yet, with 382 entries spread across 13 competitive and non-competitive categories. Categories are further divided into the likes of Vintage, Classic, and Early Modern to help create a semblance of parity for vehicles of a certain age, with a relatively small group typically comprising the very latest performance cars aiming for outright honours.

Overall, it makes for a wonderfully eclectic field of automobiles. 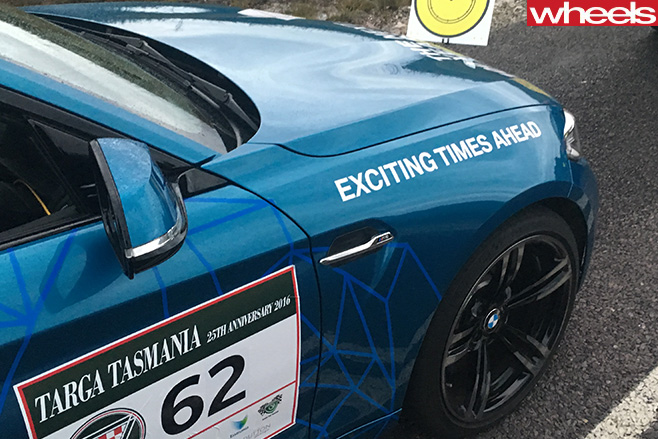 There’s almost countless Porsche 911s, but standing out is one of their forefathers: a beautiful, ivory-coloured 1958 356 A Coupe.

Owner/driver Wayne Hevey bought it 10 years ago, adding to an already slightly obsessive collection of Porsches that includes or has included a 1955 Speedster, a Boxster, and a couple of 911s.

Hevey, who was president of the Porsche 356 Australia Club for 15 years, has done four Targas with his Porsches, but this is his first Targa Tasmania.

“It’s a very well-organised event, the roads are fantastic here, the countryside is beautiful, and the camaraderie is fantastic,” he says. “I drive the 356 hard, though it’s very agricultural – no power power steering, no power brakes, no ABS – so you have to drive it on the brakes and on the gears.

“The most restrictive things are the drum brakes – they do start to overheat and fade down steep hills, and we missed a corner yesterday as we couldn’t brake in time. All good fun.” 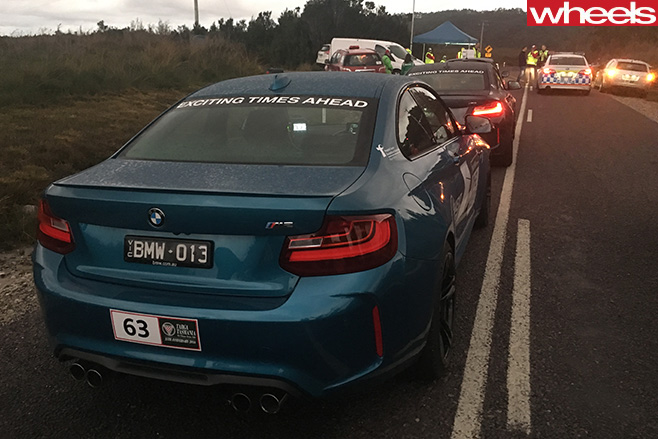 The oldest competitor is a 1935 Lagonda Rapide from pre-Aston days. We’re driving one of the newest – the BMW M2 that’s being launched, somewhat unorthodoxly, at Targa as part of the German brand’s own special, localised anniversary celebrations. BMW was founded exactly 100 years ago.

We’re taking part in the second half of the event, which started at Symmons Plains Raceway before focusing on Launceston and its surrounds before reaching Stanley.

As we ‘race’ through day four’s stages, it’s clear the community embraces the spirit of the Targa. Tasmanians young and old are intermittently spread throughout the courses, standing on grassy banks, on top of utes, or just simply outside their houses – waving and cheering enthusiastically to competitors as they speed past.

The winning driver of the first ever Targa Tasmania, Greg Crick, has returned as an event ‘flag bearer’ with his victorious Honda NSX. As a proud Tasmanian, he’s well placed to comment on its importance to his state.

“There’s maybe two per cent of the community that doesn’t support the event, because they don’t want the interruption to their life. But I think it’s a bit short-sighted and selfish as it gives huge benefits to our state,” says Crick.

“It brings a lot of revenue and a lot of media attention to Tasmania. And as a spin-off from that, you get the car clubs that want to come over and drive the Targa roads [at other times of the year].” 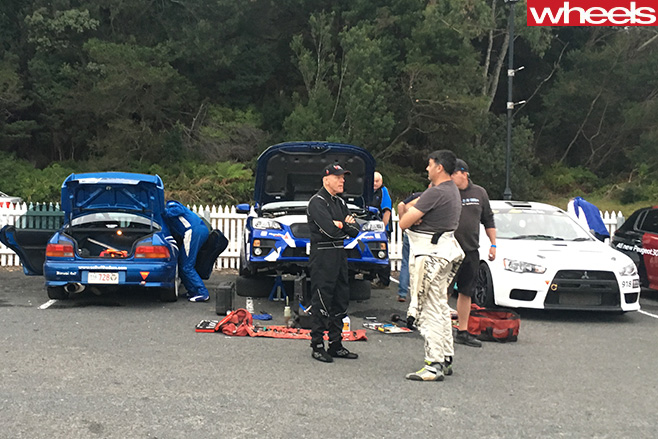 Having followed up with a win in 1993, Crick also clearly knows the huge challenge Targa presents to drivers.

“It’s like a mini enduro … the challenge of getting up and doing six little races every day, and doing it over six days and [maintaining] a level of concentration needed to get through it all without making a single mistake. Those trees don’t move far, and there are all sorts of conditions, all sorts of surfaces. It’s a very challenging event.”

An overnight stop in Strahan is another chance to experience the automotive allsorts, with the Targa fleet gathering en masse once again – this time in the waterside car park.

The smell of fuel and hot brakes pervades the air as drivers and co-drivers lift bonnets, jack-up cars and remove wheels to check various essential mechanicals and liquids.

Teachers, parents and kids raise money for their local school by hosing down the cars, getting their assorted liveries shining once more. 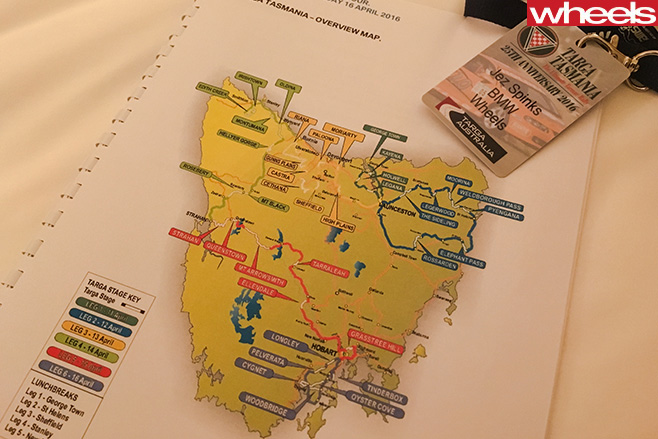 Some will take less time to wash. Among the more diminutive entrants are a 1955 Fiat Abarth 750 and its Austrian twin, a 1961 Steyr-Puch 500, plus a Mini Cooper S and Hillman Imp, both of ’64 vintage.

We’re also drawn to a yellow and black 1972 Ford Escort Mexico. We learn it’s not only the car inspired by the Escort’s win in the 1970 London to Mexico World Cup Rally, but also features the bigger, pushrod 1850cc Kent engine (rather than the twin-cam 1.6-litre borrowed from the RS1600) that powered the famous endurance victory.

“The engine in this car is so rare; I can’t find another one in the world,” says driver-owner Gerry Bashford, who’s onto his third Targa having participated in his first as a co-driver for Jim Richards.

“The Mexico’s got about 160hp and really motors. We blotted our copybook today, though, by messing up the last stage and dropping a place. We’re still first in the Classic [category] but we also want to beat some of the more modern cars.”

Strahan harbour is thriving in the evening as its visitors enjoy the fine food of Tasmania, though it’s generally another early night for those who have yet another pre-dawn rise. 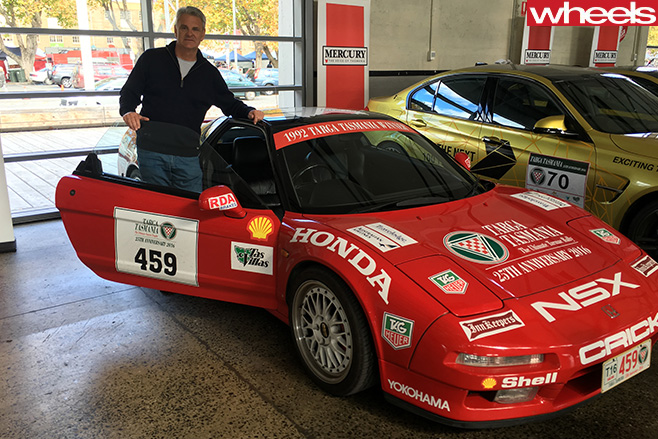 Day five is the day for many, with arguably Targa’s greatest stages. The Strahan stage itself is a driver’s dream, before the mainly forest-enveloped course opens up for the famous ’99 bends’ of Queenstown where second and third gears are never more popular.

Targa officials step up the fancy dress for Mount Arrowsmith – the longest stage at 52km, and also one of the most scenic, especially when the stunning, jagged ridgeline of Cradle Mountain comes into view.

En route to Hobart, more transport stages allow us to take a breather from the blur of the competition stages to marvel at Tasmania’s remarkably diverse landscape of rolling hills, sprawling forests, steep gorges, and rugged mountains.

It’s almost a shock to exit the wilderness and return to civilisation in the form of the state’s most populous area, Hobart.

The Targa field brings another dimension of colour to Tasmania’s capital, the palette of differently hued vehicles merging once more at the Princes Wharf shed.

For Targa’s final pre-comp evening, the shed effectively transforms into a motorsport motorshow called TargaFest, where both locals and tourists are encouraged to ogle.

The growl of Porsche flat-sixes, the burble of Aussie V8s, and the throb of Subaru boxers fill the air next morning, as the field makes a relatively short trip to the first of the final day’s stages. 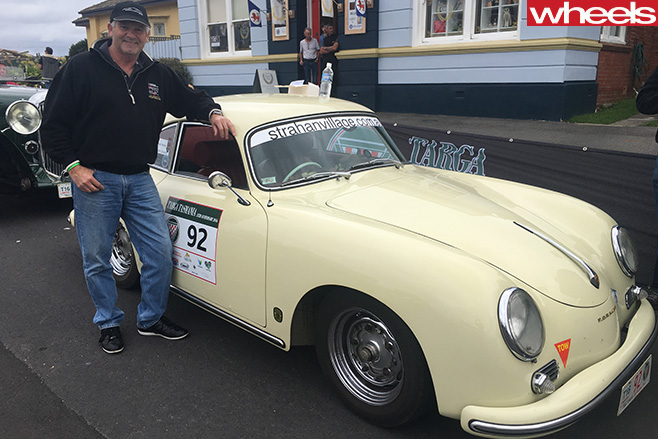 They include the likes of Tinderbox, Cygnet and Longley, each made more treacherous today with persistent precipitation.

And Targa claims a few more scalps, including 997 911 Turbo and Cayman GT4 Porsches.

They’re further reminders that, above all the fun, Tasmania’s roads can bite. Hard.

Two competitors have died racing in Targa, the most recent in 2013 when NSW driver John Mansell crashed his Porsche.

Steve Richards went off the road in a V8 Monaro (before managing to resume) during his first Targa in 2002 – the year dad Jim recorded the sixth of what would become a record eight victories.

This year Richo was driving a regular M6 as part of BMW’s Tour group, and says he’d rather be driving such a modern performance car than an older sporty car like his replica 1970s Ford Escort.

“It’s noisy, has no ABS, and I wouldn’t have wanted to be doing some of those slippery stages in it. It’s amazing how far safety has come even in the past 10 years.

“I was having fun in the M6, and the electronic diff was incredible. If you got a bit sideways, it would direct torque to the inside wheel to pull you straight.”

Jim was back pedalling another Porsche – this time a Cayman GT4 rather than a 911 Turbo, GT3 or GT2. He made into onto the last step of the podium, with Matt Close taking outright victory – in a current GT3 – at his 12th attempt.

Targa is clearly not an easy nut to crack.