Now that every 911 will use a turbo, what’s become of the huffing monster Porsche has always called the 911 Turbo?

Emission laws and ‘social acceptability’ mean all 911s are going turbo these days, but there’s already a Porsche that wears that badge: the 911 Turbo. What’s to become of this huffing monster?

WHAT IS IT?
The very pointiest, most razor-sharp end of the 911 range. The 911 Turbo and Turbo S pack supercar performance into an only mildly wild looking version of the classic Porsche sports car. But what a car it is: with a 0 to 100km/h time of 2.6 seconds, there are very few on Earth that can touch it.

WHY WE'RE TESTING IT
Because we want to know where the Turbo fits, now that every 911 is basically a turbo (lower-case t). Does it have a reason to exist? Is that reason simply to shorten the breath, and the lives, of anyone who drives it? And what will the badge look like?

MAIN RIVALS
The Ferrari 488 GTB is the closest contender, because it’s a turbocharged supercar as well, but you could throw in the Lamborghini Huracan as an old-school, natmo option. 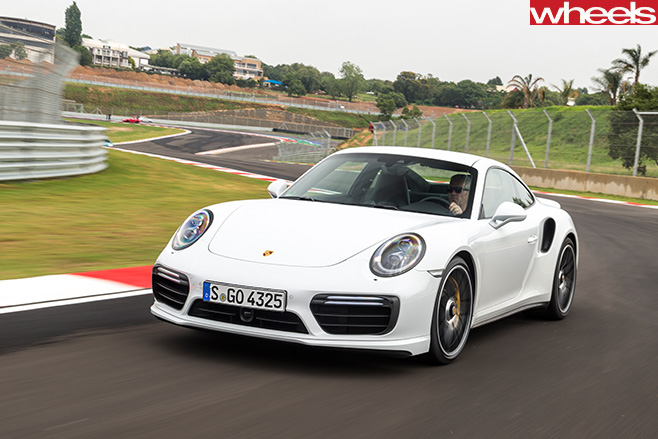 THE WHEELS VERDICT
Drive the 911 Turbo and it’s easy to see why all the new turbo 911s are so good: these guys really know how to make this kind of engine work, and have done for years. The pressure is on this time to make the Turbo seem even more special, and they've delivered in spades. There are very few cars on Earth that put power to the ground with the kind of savage intensity the Turbo S manages, and yet it’s still easy to drive on public roads, with a plush ride and fabulous steering.

PLUS: Mind-bending acceleration; ridiculous torque; a “go faster” button that gives you 20 seconds of madness whenever you like; styling not too absurd; steering; ride; turbine sound.

MINUS: May cause your heart to explode or your eyes to grey out; almost too fast; not sexy enough for the pricetag.

THE WHEELS REVIEW
In a world where all 911s are going turbo, does a 911 Turbo have a reason to exist, and if so what are we to call it? A turbo Turbo? Mr T? Big Daddy?

August Achleitner, the man in charge of all things 911, has the answers, of course.

“Why do we have a separate Turbo model, and can it still stick out? To answer that, let me give you two numbers,” he says, with the self-satisfied smile of a bloke who loves his job.

As for the nomenclature issue, no one who drives a 911 Turbo will ever alight from it worrying about whether that T on the whopping great tail is a capital or not (and what a rear end it is, a whopping 1990mm of wide-hipped intent, compared with a base Carrera at 1808mm). 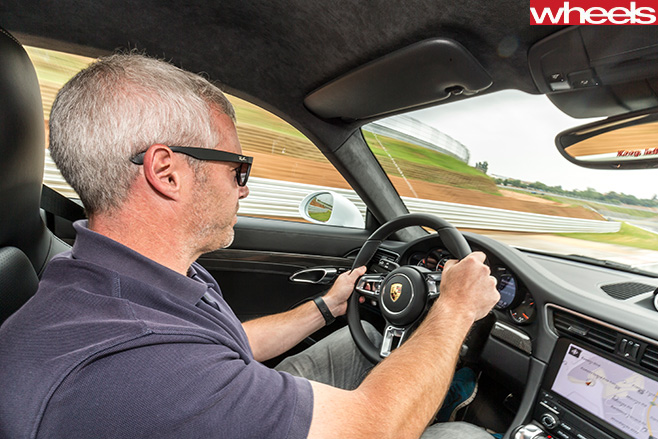 Those who know their 911s will always appreciate that this car stands at the top of a particularly powerful tree, a superb car turned into a supercar, with the kind of performance, and price, that only the truly demented Italians can match.

The new, or at least updated, version II of the 991-series 911 Turbo gets an extra 15kW wrung from its 3.8-litre engine, the only turbocharged production car engine in the world fitted with variable turbine geometry. That adds up to an intimidating 397kW in the basic model or a slightly frightening 427kW in the Turbo S (those extra kilowatts don’t come cheap: you’ll pay $456,500 for the S, compared to just $384,900 for the base).

You also get an extra 50Nm of torque in the Turbo, up to 710Nm, but all that cash isn't worth a single Newton in the S, which stays at 750Nm (even Porsche seems to think that’s quite enough). Both engines do get a new Dynamic Boost system, however, which minimises the response time of the turbos after changes of load. Basically, if you take your foot off, briefly, on the way into a corner and then plant it again the throttle valve stays open, giving you maximum thrust again immediately.

It’s hard to tell if this works - just as it is hard to use the new Sport Response Button, which gives you Max Attack for 20 seconds when you push it - because most of your focus when attempting to drive this monstrously quick car at any kind of speed is on remembering to breathe.

We warmed up on the wet and wild Kyalami circuit in South Africa - which Porsche recently bought, because it’s just their kind of crazy - with some laps in the new, also turbocharged, Carrera 4, which was pretty impressive. 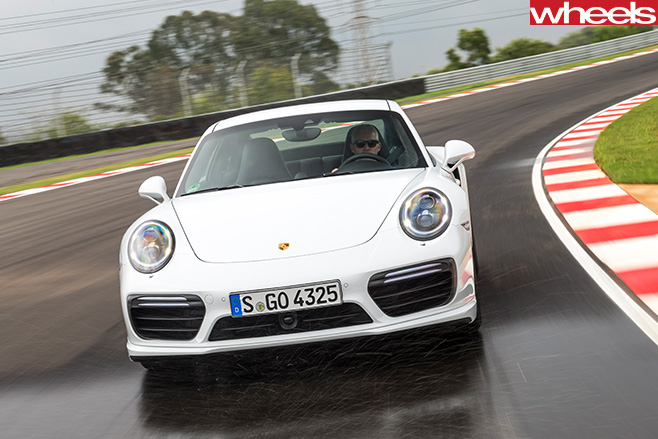 Climbing into the Turbo S, however, made the track feel 50 per cent shorter, or at least the distance between the corners, because this 911 really is twice the car. Porsche’s official 0 to 100km/h claim for the S is 2.9 seconds, but they chuckle about this being deeply conservative and admit they’ve seen it pull 2.6.

The way it puts all that torque to the ground from launch, or low revs, or even in mid-gear acceleration, is absolutely ferocious. If the lesser 911s have lost something in the noise department with turbocharging, they should just make them all sound like The Turbo, because it’s a jet-engine whine of rocket-like intensity.

On the track, it’s damn near too much car to handle - or at least one you’d like to sneak up on with a few more practice laps - and yet on the road it is surprisingly calm and easy to drive, only making the middle distance go wobbly when you demand it.

Truly, in the new, huffing Porsche world, the 911 Turbo still stands out. Other Porsches might be turbocharged now, but there’s only one Turbo worthy of the badge.