This Chevrolet Camaro is an electric Formula Drift car

It’s strange to watch a mostly-silent Chevrolet Camaro drift car attack the turns at a Formula Drift event, but spectators are going to have to get used to it.

A battery-powered Camaro has entered the renowned drifting competition under the Napoleon Motorsports banner, a Texas-based team familiar with Chevrolets and not afraid to shake up the status quo in the drift community.

For some, though, the shake-up was a little too much. Though the car (dubbed the EL1, by the way) showed up to the Long Beach round earlier in the year, it wasn’t permitted to compete. The Long Beach Fire Department claimed it was ill-equipped to fight fires from electric cars.

A little over a year ago the department was a little late to save a ‘regular’ car - Federico Sceriffo’s Ferrari 599 drift car – from being engulfed and destroyed.

Speaking of destroyed, that’s about the state the Camaro was in before it became the ‘EL1’. In an interview with Jalopnik, the eponymous owner of Napoleon Motorsports, Joe Napoleon, said the car had been offered to the team after being hit by a train. 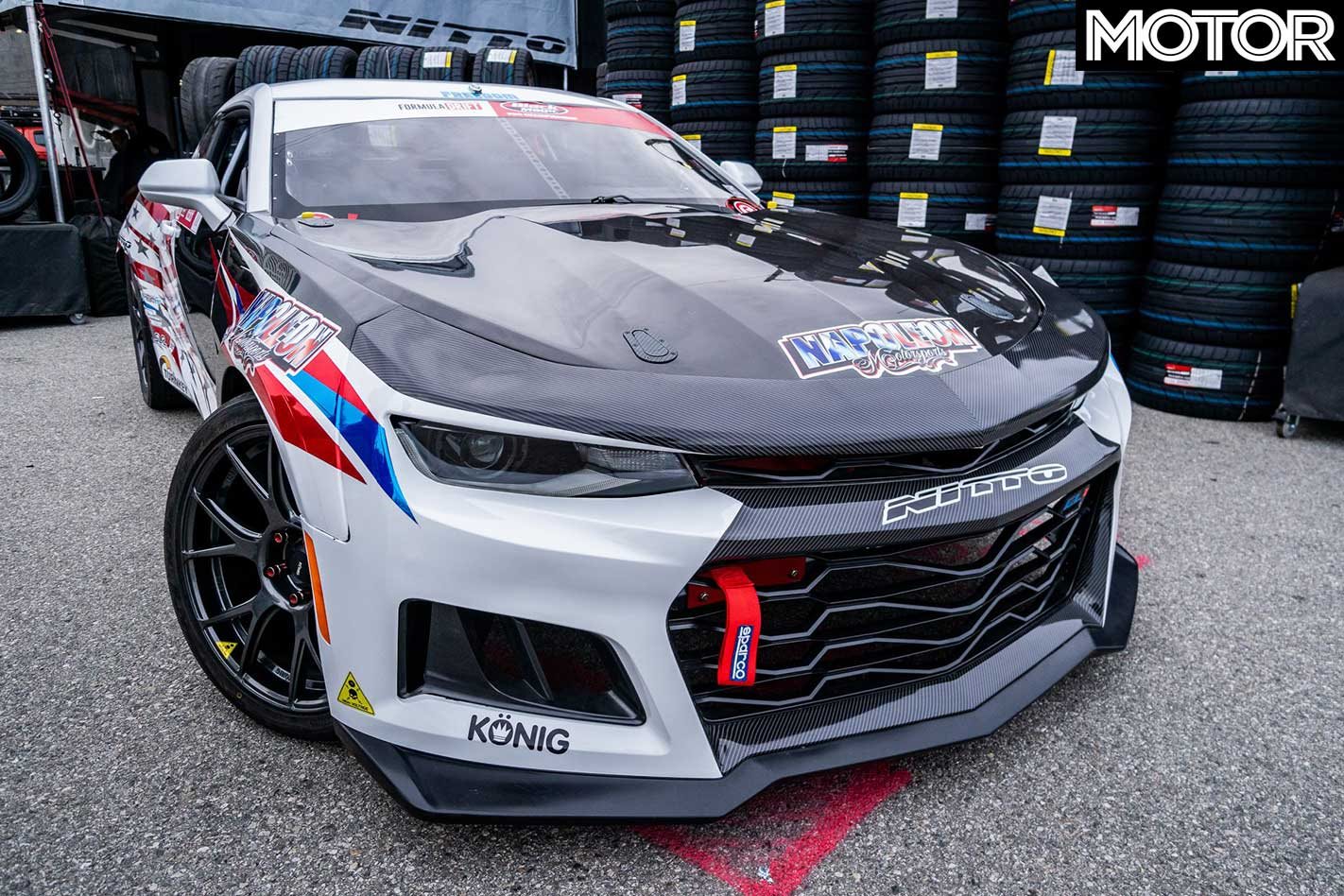 “We went and picked it up, and it was obviously an insurance job,” Napoleon told Jalopnik. “It got hit, and it was a relatively light hit in the right front by a freight train, of all things.”

But after being stripped and rebuilt from around October in 2018 as a fully-electric drifter, the EL1 makes 383kW. Though that’s down on its rivals by a long way, those cars don’t have access to full torque instantly.

They do make better sounds though, so they’ve got that going for them.