Latest onboard video looks like an awesome Sunday drive on hyperdrive

When famed YouTuber Ken Block isn’t busy pulling audacious stunts for his next Gymkhana production, he is busy competing in rallies around the world.

Recently the online star has released the raw onboard footage of his stint on Stage 13 of the Donegal Rally, Ireland. 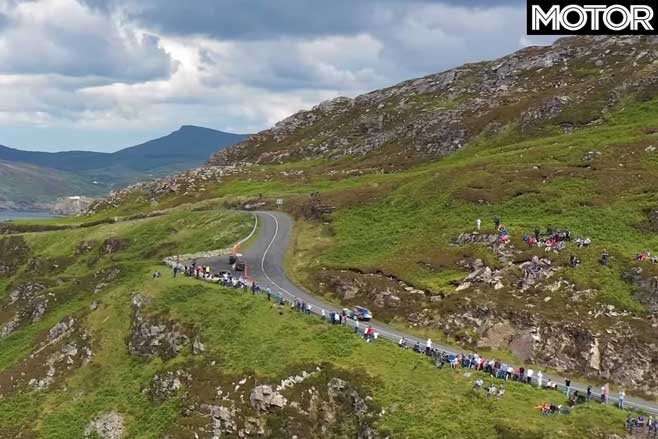 Shot from Block’s new Ford Escort ‘Cossie V2’ RS Cosworth, as part of his new ‘Cossie World Tour’ video series, the 10min 44sec footage gives you an idea of the chaos that goes on in a typical rally car cockpit on full tilt.

Though the route takes the team from the broad sweeping roads that snake along the Irish coastline and up into the tighter forest roads and through otherwise quiet rural townships, the view from the cockpit isn’t for the faint hearted.

The footage is full of heart stopping moments such as 4:20 mark as he launches over a curved crest right in front of a wall of bricks and spectators, or from the 5:50 point where he goes flat out through a country pathway that looks a few sizes too narrow. 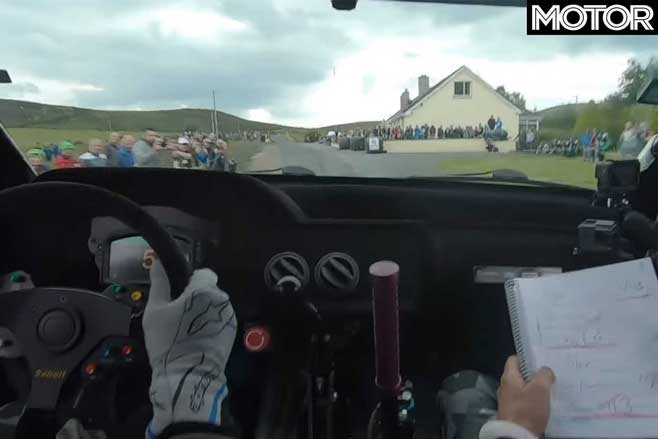 Yet, amidst the jumps and the high speed corners, Block’s co-driver Alex Gelsomino becalms the atmosphere, firing off directions from his pace notes with the metronomic cool and consistency or a radio sports announcer.

Unlike his Gymkhana video series, there is no need for “Don’t try this at home” disclaimers as it is good enough proof that rally drivers and their co-pilots are on an entirely different level of wheelmanship.