Mount Panorama has a new official lap record, and we’ve found footage of it.

Christopher Mies was at this year’s Challenge Bathurst in an Audi R8 GT3 car to set a lap time of 1min 59.321sec.

That’s almost two seconds clear of Shane Van Gisbergen’s previous record which he set during 2017’s Bathurst 12 Hour qualifying at 2min 1.286sec. He was in a McLaren 650S GT3. 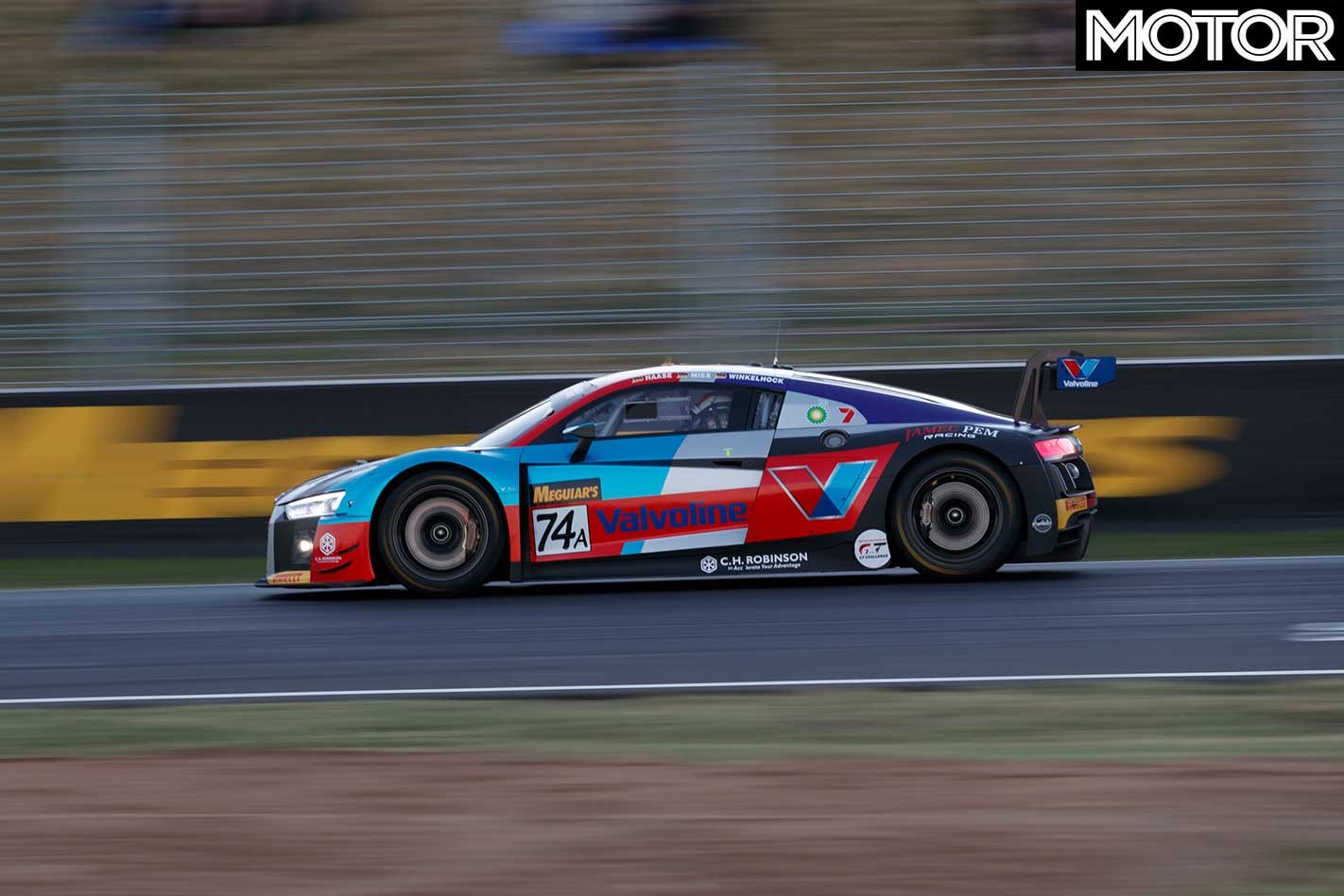 Audi Sport’s Customer Racing outfit was at The Mountain for testing ahead of February’s race where GT3-spec machinery from the likes of McLaren, Bentley and Porsche battle for the vaunted endurance trophy.

While they race in Balance Of Performance specification that does exactly what its name suggests, no such rules apply at Challenge Bathurst, a CAMS sanctioned sprint event where times are officially counted.

Mies’s 2018 Audi R8 LMS was derestricted when it set the outright lap record. That involved removing weight from the chassis and restrictors from the 5.2-litre V10’s engine to bump power by 75kW. It was making over 400kW.

The onboard footage on the factory driver’s YouTube channel reveals the car easily reaches its 291km/h top-speed on Conrod Straight before The Chase. An R8 in race trim is more likely to top out 10km/h slower than that.

The two-time Bathurst 12 Hour winner was frustratingly held up on the final corner of his lap by another competitor, leaving more time in the effort. However, his elated yells show that he was more than satisfied with the end result.

Mies was also joined by Garth Tander who managed a 2:00.3 lap against some traffic and a different set of tyres, according to Speedcafe.com.

Couple of days at Bathurst in this beast! Was cool to get some laps in ahead of next years @bathurst12hr.

If you haven’t seen the video, make yourself a cuppa, get your headphones, go full screen and enjoy the ride.