While that may seem comparatively unimpressive next to other race cars, it does fit in well with Audi’s ‘ideal-for-amateurs’ message. 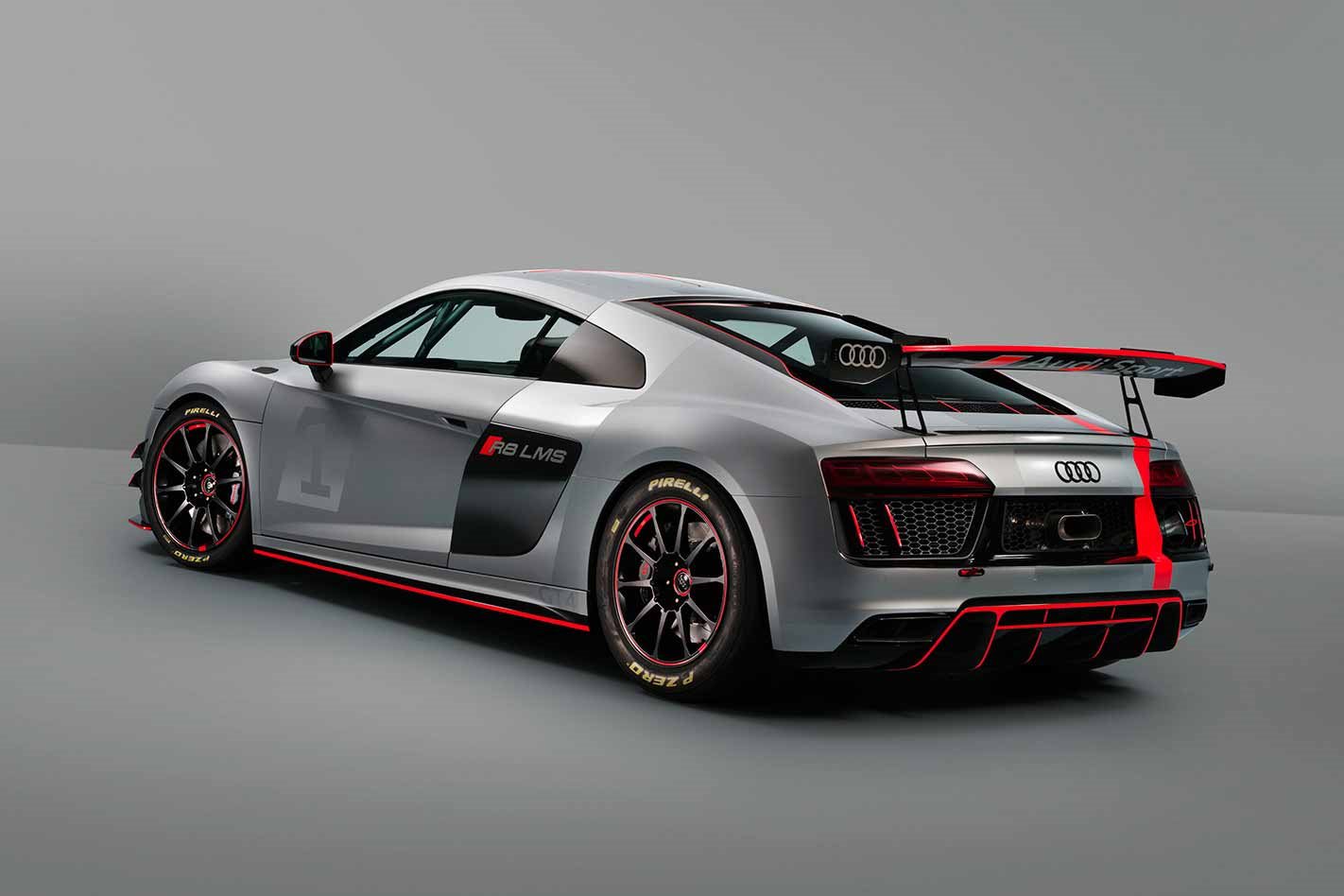 Audi says the power output has not been finalised, “depending on its rating, during the course of the 2017 season before a final homologation level has been achieved and approval for racing is requested”.

It says production of the car will be prepared during the second half of 2017.

“Consequently, the first customers will be able to receive the new Audi R8 LMS GT4 before the end of the year.” 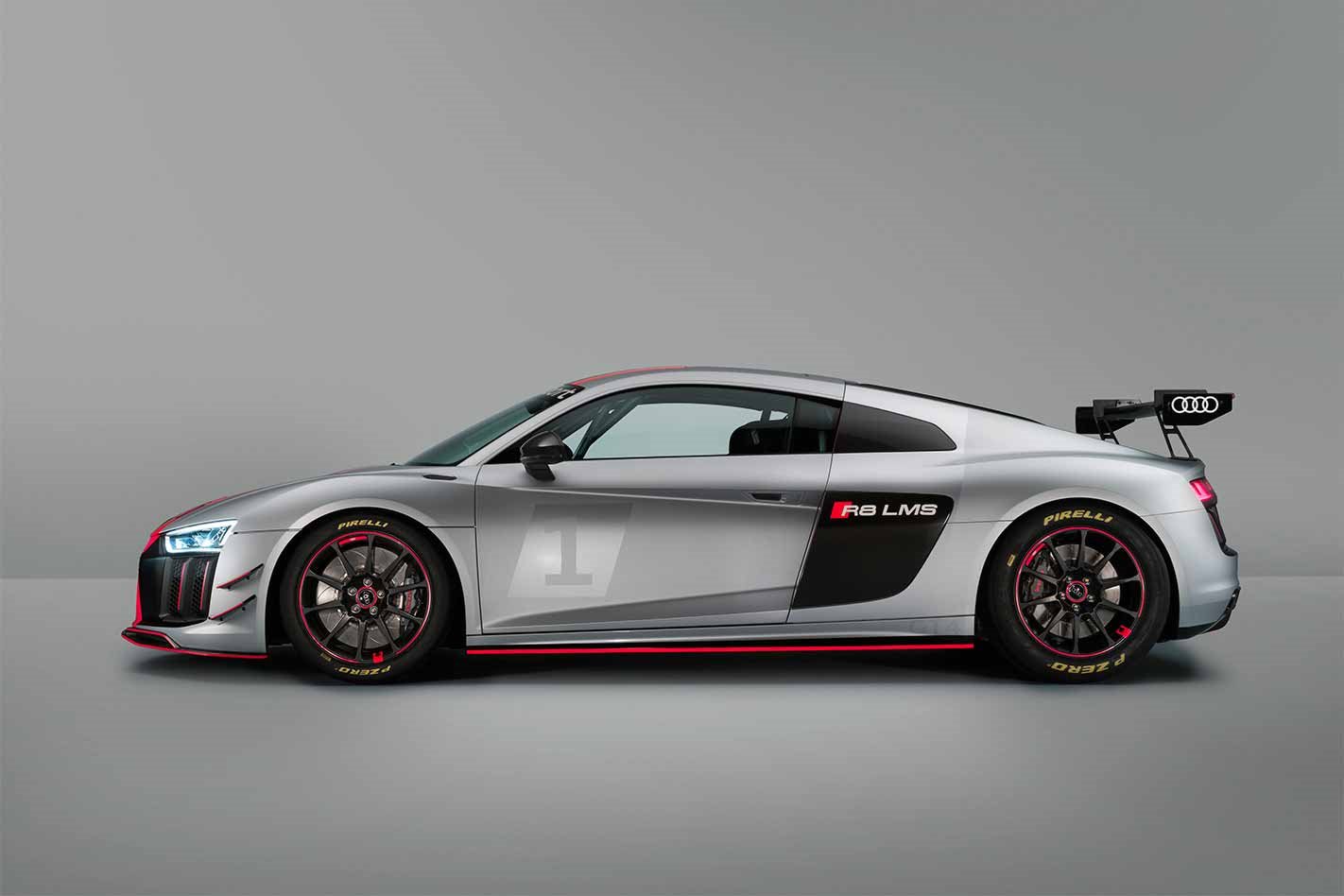 The LMS GT4 shares over half of its components with its road-going brother, and will be produced at the same plant at Böllinger Höfe.

Audi says this has allowed it to make the GT4 easier to purchase and own, as production costs have not been excessive.

Audi Sport managing director Stephan Winkelmann says it will be eligible to compete in over a dozen already established series. 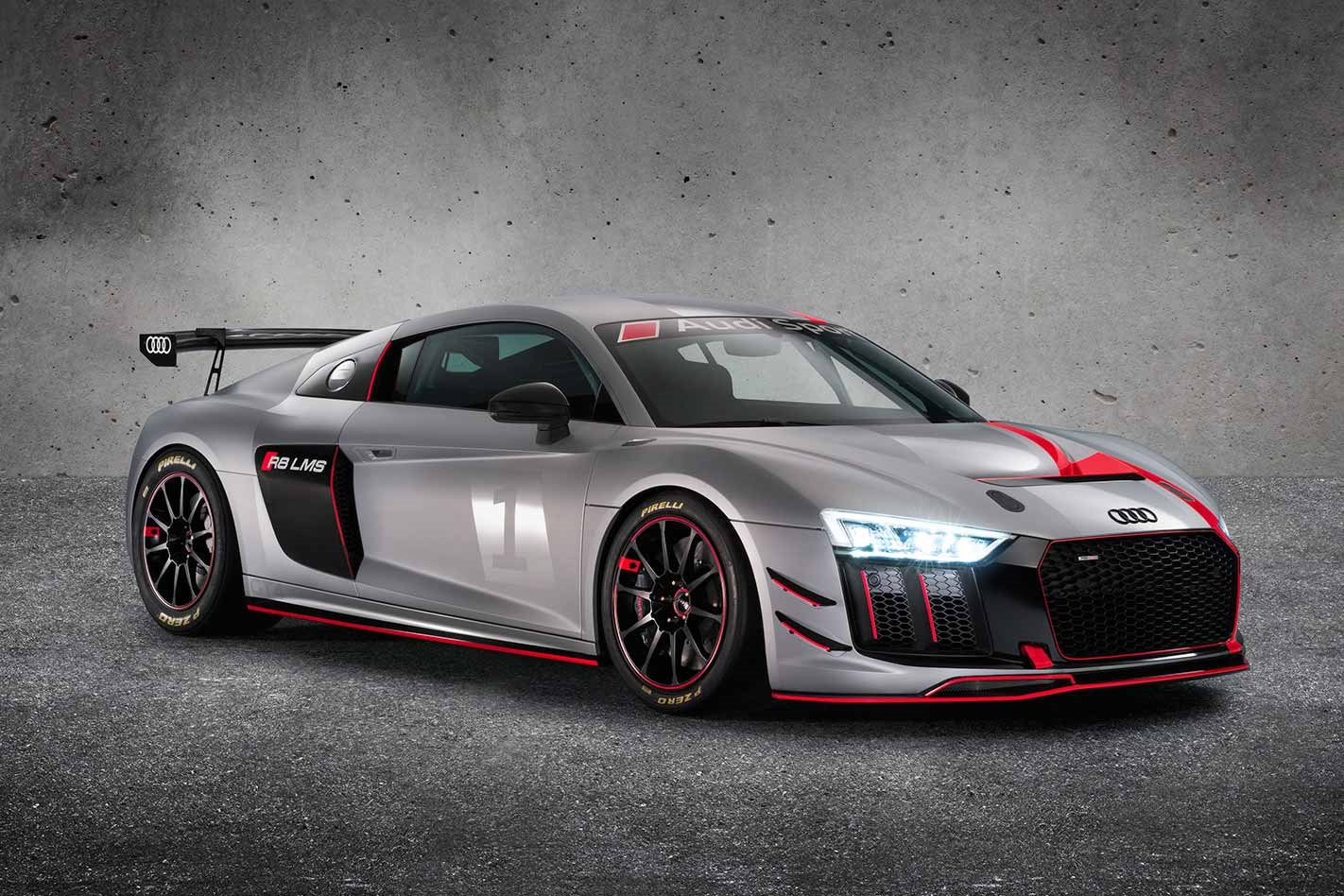 He adds that the GT4 will fill a gap Audi sees between the GT3 and TCR categories, which Audi already manufactures cars for.

“Now we’re targeting the GT4 class at exactly the right time. These fast-growing business segments and the DNA shared by our race cars and production vehicles underscore our ambition to become a true global player in the high-performance league.”