The automotive world’s most illegal record just got broken… again

Cannonball veterans Alex Roy and Ed Bolian have verified the new record of 26 hours and 38 minutes according to Road & Track, while at the same time condemning the new record holders.

That’s because the new record was attempted earlier this month, amidst the global COVID-19 pandemic.

Read next: The insane numbers of the new Cannonball record will melt your brain

Shelter-in-place laws are in effect across much of the USA, meaning traffic on the country’s highways has lessened, while law enforcement has a different set of priorities.

While the new time beats the record set last year by more than 45 minutes, the team behind it remains a mystery.

What is known is they used a 2019 Audi A8 with a pair of large-volume marine fuel tanks ratcheted into the boot. Road & Track also reports that an unknown number of drivers – possibly four – were used for the run. 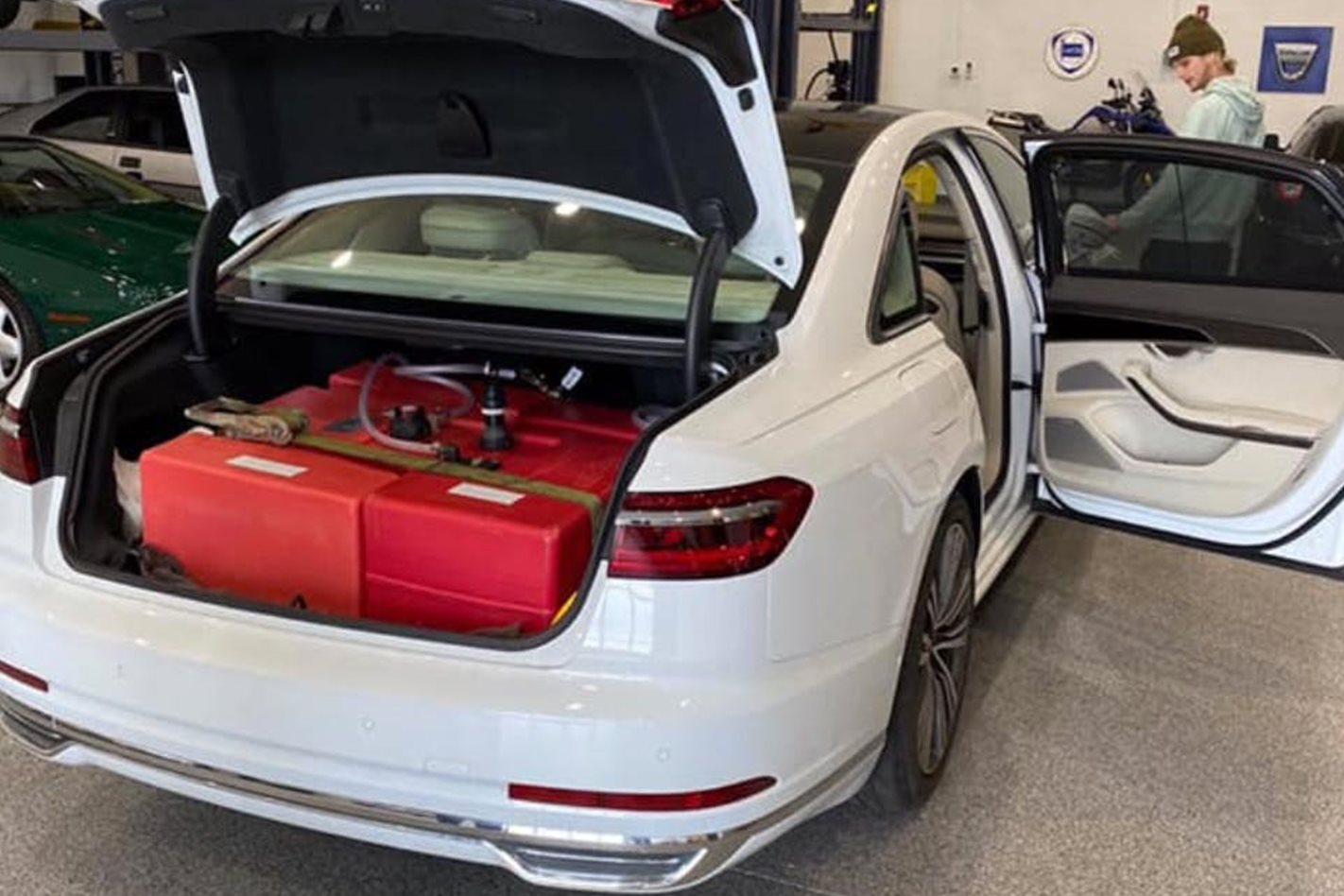 The route used for the 2020 run has not been confirmed; however, the new record holders started at the Red Ball Garage in New York City and finished at the Portofino Hotel & Marina in Redondo Beach, California, as is traditional for Cannonball Runs.

If the team used a similar route to 2019 record breakers Arne Toman and Doug Tabbutt, who traversed the 4546 kilometres across the US in a modified 2015 Mercedes-Benz E63 AMG, the average speed needed to achieve the new time would be frankly ridiculous.

Rough calculations would indicate that the Audi drivers were averaging 170km/h for the duration of the run. Remember, that is an average, and it’s highly likely the Audi’s cruising speed during the record run was well north of 200km/h.

Some Cannonball veterans have noted that this new Audi team were relatively unprepared compared to previous record runs – most notable is the lack of visible radar-jamming equipment from inside the A8.

If you want to get a sense of how far some people go with planning, you can read about the last highly-illegal run here.

Read next: How Australia's Cannonball crumbled

Condemnation of the new record began flowing soon after it became public knowledge.

However, as former record-holder Bolian notes, there is a level of hypocrisy involved in criticism from fellow Cannonball Run competitors.

"Do I think this is the best use of time while the country is staying in during a pandemic?" he told R&T.

"Probably not, but for me to say it's awful is like a cocaine dealer saying a heroin dealer is awful."