With an updated aero kit and new livery due to a partnership with Swiss luxury watchmaker Roger Dubuis, the new Huracán will debut in the Northern Spring (or Autumn for Oz) in 2018.

The racer will clearly be an improvement over previous cars, though current teams will be given the option to upgrade their existing Huracáns to the new spec. 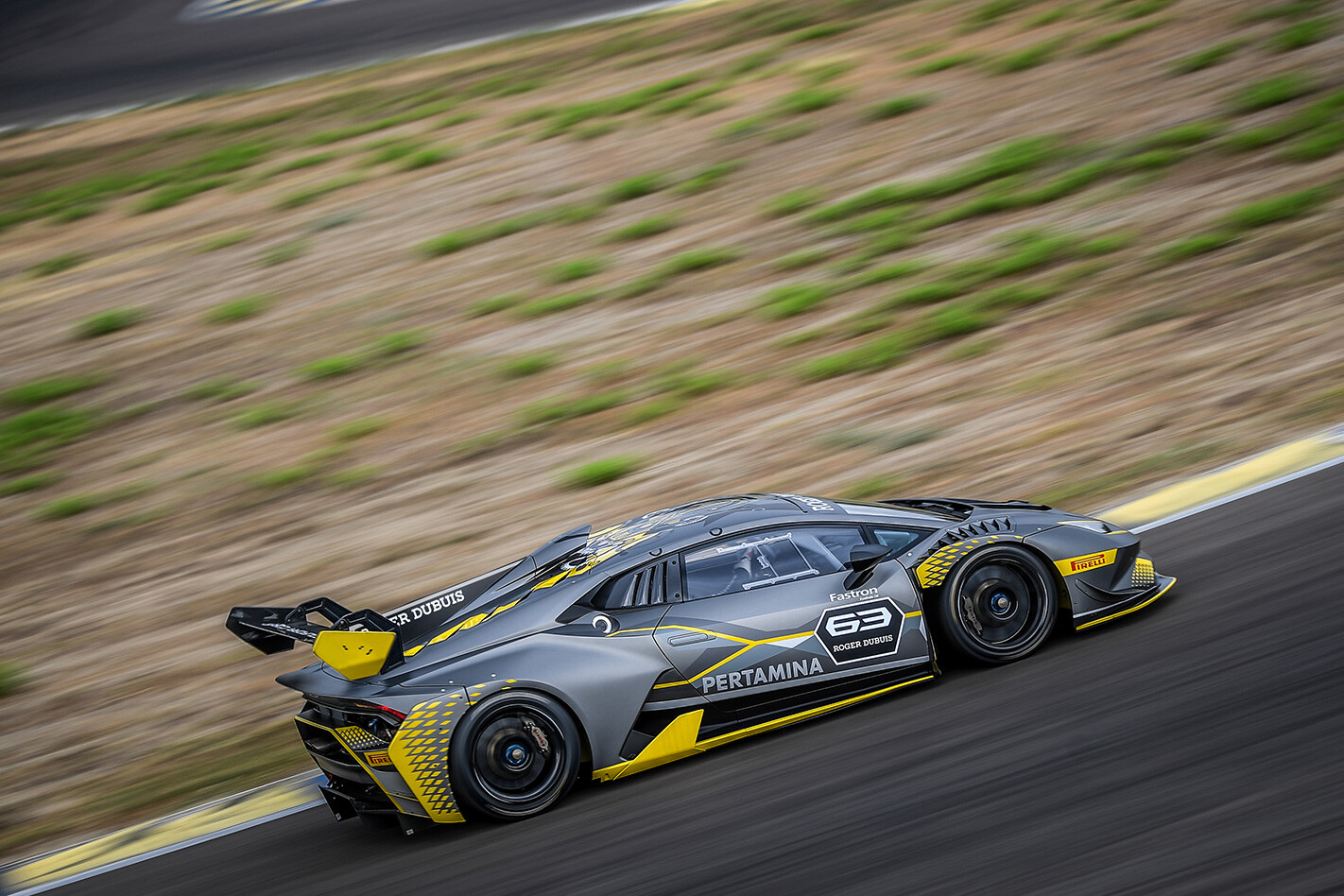 Lamborghini says the car is also safer, thanks to a new roof hatch for easier access in emergencies.

Huracán Super Trofeos retain the road car’s 5.2-litre V10, which puts out a slightly improved 456kW on the track.

That power reaches the wheels after a brief travel through a six-speed sequential gearbox and, of course, the Pirelli P Zero Trofeos wrapped around the rear wheels. What’s most unique about the race car as opposed to the road car is the addition of an air scoop, which directs air back to the engine. It also means the race car doesn’t have the same double air intakes as the road-goer.

Moving back from the scoop, the Super Trofeo Evo has a “shark fin” which Lamborghini says “improves dramatically the handling of the car at high speed corners.” Fin tapers off just under the car’s rear wing.