AHEAD OF its launch at the Frankfurt Show next month, more detail has leaked about the updated Porsche 911.

Pre-production drives of test cars in South Africa have been followed by a slew of spy photographs snapped in Germany, showing undisguised ‘991.2’ models.

The headliner has long been that the Porsche 911 Carrera models will gain forced induction, a feature long reserved for the flagship 911 Turbo. Since 1975, the evocative Turbo script has signalled something special, a vehicle a few grades up the performance ladder from the normally aspirated Carrera.

While the hierarchy will remain as before, from 2016 turbocharging will spread across the 911 range. The Carrera and Carrera S will lose their 257kW 3.4-litre and 294kW 3.8-litre flat sixes respectively, gaining evolved and downsized turbocharged six-cylinder units now predicted to be of 3.0-litre capacity. 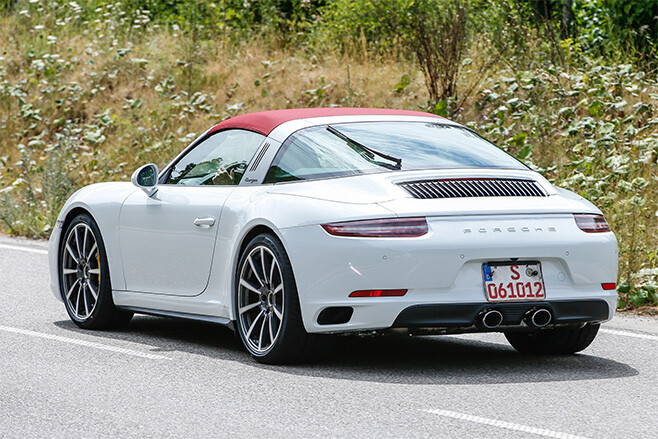 Step up to the facelifted 911 Carrera S and the blown motor is expected to produce about 309kW, with 500Nm of torque at just 1700rpm. That’s an improvement of 15kW and 60Nm on the naturally aspirated 3.8-litre of its predecessor, which produces 294kW and 440Nm.

An optional power kit will also be offered to lift peak power to 335kW.

The Carrera S also gets a four-wheel steer system similar to that already seen on the GT3 and Turbo, the rear wheels counter-steering up to 50km/h and then nudging in to three-degrees of parallel steer at higher speeds.

Porsche engineers stress the improvement in low-end tractability and flexibility across the rev range, which peaks at 7500rpm.

Performance will be suitably ballistic. Initial reports suggest a 4.3 second sprint to 110km/h in the Carrera and 4.0 seconds in the Carrera S. The manual gearbox will tack around 0.2 seconds on to those numbers.

Top speeds are said to remain unchanged for the two models, at 180mph and 189mph respectively. 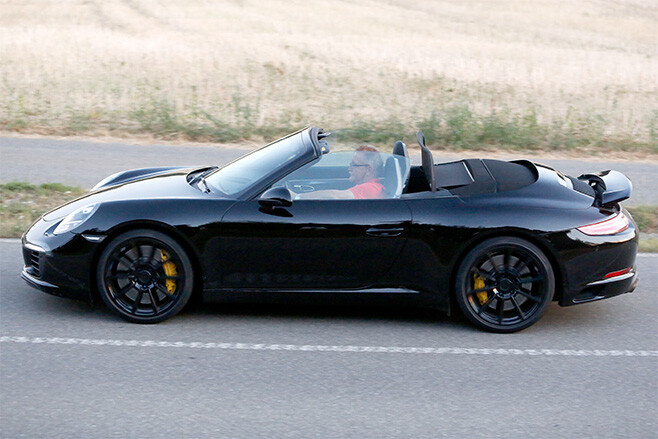 Purists who can’t live without a naturally-aspirated engine will rejoice at the news that there are no plans to lever the turbocharged engine into the back of a GT3 model, with the new GT3 mooted to get an improved and enlarged 4.0-litre version of the current unit.

Photos show Coupe, Cabriolet, Targa, and Turbo body styles. On the outside at least, the mid-cycle makeover seems to be a gentle but typically thorough update of the rear-engined sports car icon.

With new high-performance rivals looming – including the reborn Acura/Honda NSX, the Mercedes C63 AMG Coupe and even the McLaren 570S – Stuttgart’s product planners are aiming to make the 2016 911 the sharpest yet. 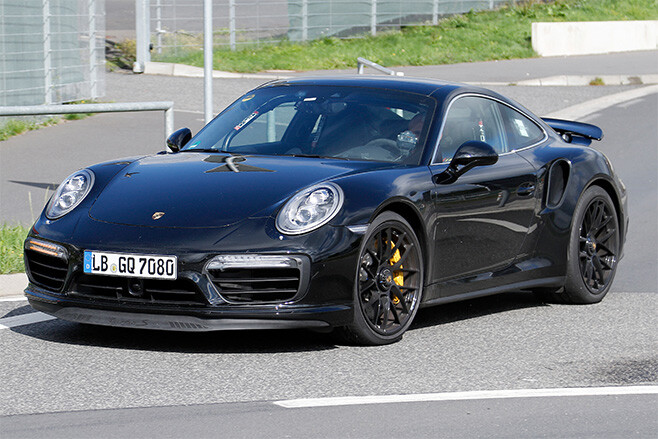 However closer inspection reveals a fresh level of detail between variants. For example, the Cabriolet and Turbo coupe as snapped here boast quad exhausts, while the Carrera and Targa feature dual outlets.

Also due for the 991.2 is a systematic upgrade of the cabin, ushering in the latest multimedia system with maybe even a cleaner console display, as touchscreen functionality steps up a notch in the latest Porsches.

And the damage? Currently the MY15 911s start from $208,600 for the Carrera manual, reaching beyond $466K for the Turbo S Cabriolet PDK. Downsizing might be all the rage right now, but with a tumbling Aussie currency, bet on an upsize when it comes to 2016 911 pricing.