Audi has disclosed details on its second-gen R8 unveiled yesterday at the Geneva show.

As previously reported on, there will be two versions of the coupe powered by 5.2-litre V10s as well as a fully electrified e-tron version, together with a revamped gen-two LMS racecar.

2. The regular V10 model produces 397kW and 540Nm and, with its claimed 3.5sec 0-100km/h performance, is as quick in a straight line as the old range-topping Plus version.

3. Both engines feature dual (direct and indirect) fuel injection and dry sump lubrication, while also new is a ‘coasting’ function that disengages drive off throttle and above 55km/h as a fuel conservation measure.

4. As predicted, both versions will be seven-speed twin-clutch only and fitted with new Quattro drive system capable of transmitting up to 100 per cent of torque to either axle.

5. Official stats confirm that at 1454kg dry weight for the V10 Plus, the new breed is lighter than the outgoing range, with savings of up to 50kg depending on the variant.

6. Perhaps the biggest R8 news is that the electric e-tron version has been given a green light for series production.

After a false start with a first-generation R8 e-tron, engineers have overcome the primary issues of battery range and weight to put the fully electrified supercar into series production.

Crucially, the e-tron brings with it proper high-performance credentials: 340kW and a whopping 920Nm, with an acceleration claim of 3.9sec for the 0-100km/h sprint.

7. The e-tron will also be Audi’s only road-going rear-drive production car.

8. Recent advances in lithium ion technology for its load-bearing battery assembly effectively doubled the maximum range of the stillborn prototypes, with the R8 e-tron offering up to 450km between charges.

The capacity of the battery has blossomed from 49kWh to 92kWh while energy density has also doubled to 154Wh/kg. Using e-tron’s onboard Combined Charging System, which allows charging with direct and alternating current, Audi claims that the battery can be fully charged in “significantly less than two hours”.

9. Other e-tron engineering features include an electromechanical braking system that provides high-energy recuperation and a ‘targeted’ torque vectoring system to govern output across the rear axle.

While it’s yet to be confirmed if the R8 e-tron will be sold locally, it’s available for order to European customers this year.

10. Audi has also updated its R8 LMS racecar in preparation for 2016 competition, which shares around 50 percent of its parts with the road-going R8, produces 430kW from a V10 engine that’s “virtually identical to the series-production engine” and weigh in at 1225kg.

All four second-gen R8s are due to hit the Audi show stand in Geneva next week. 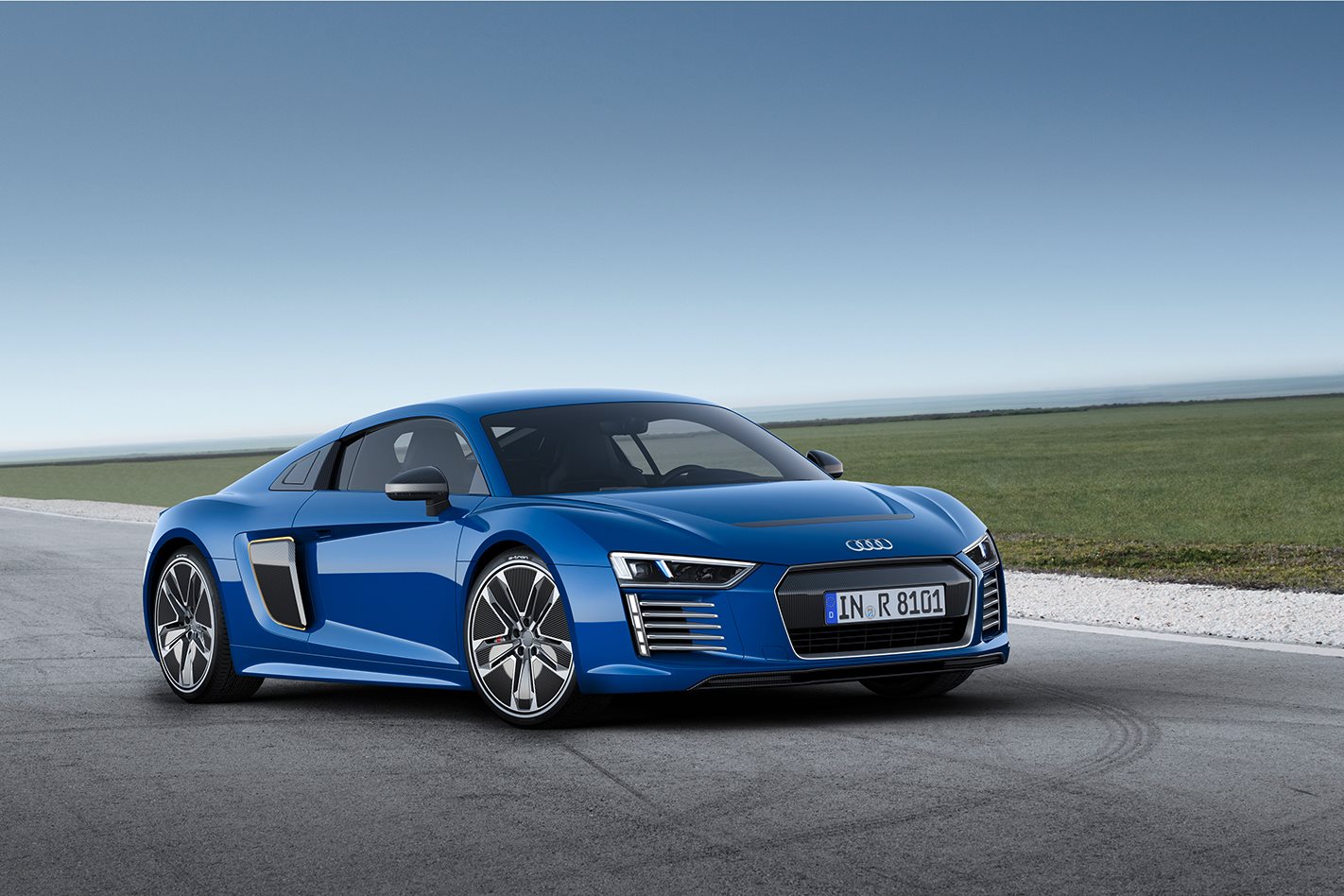 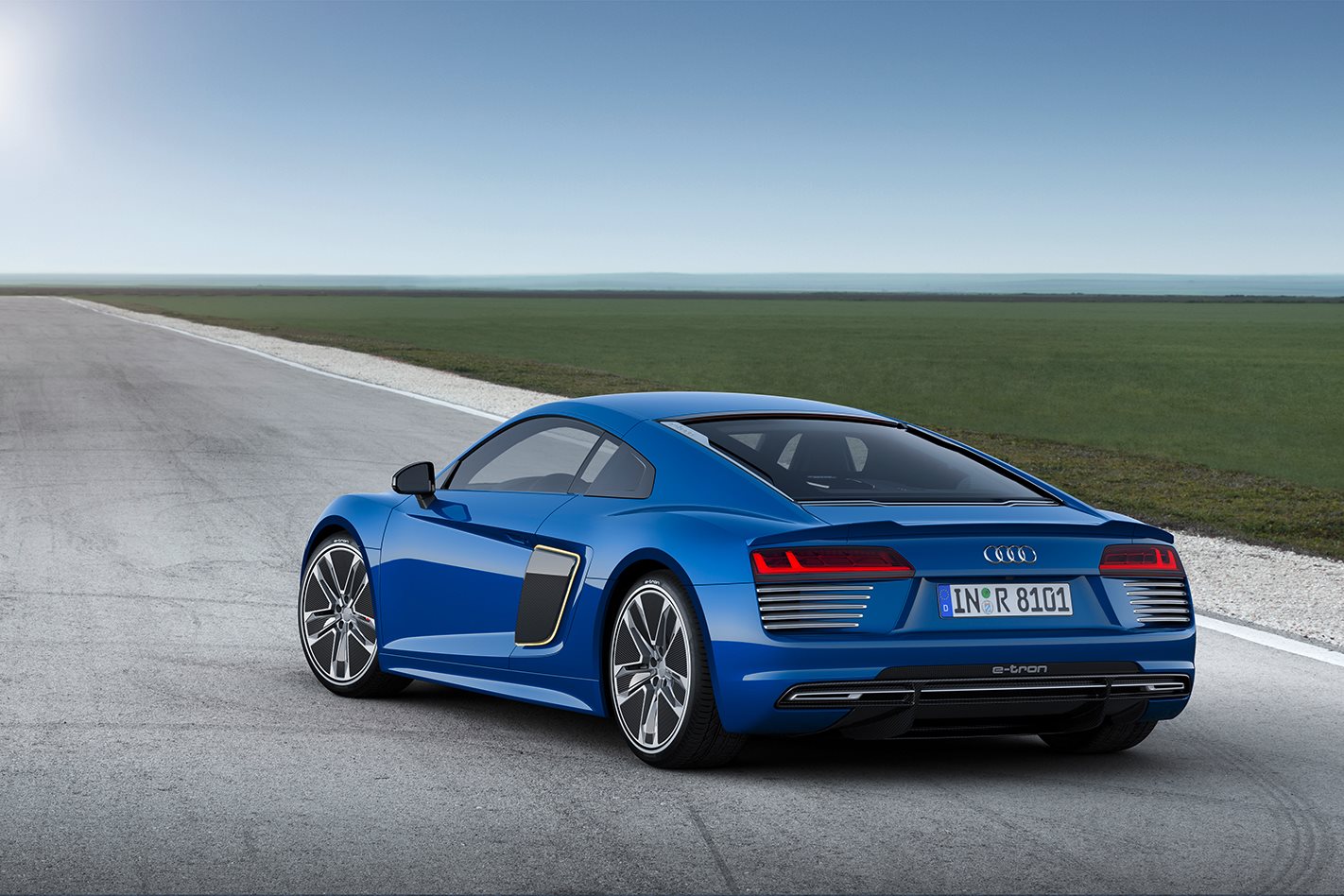 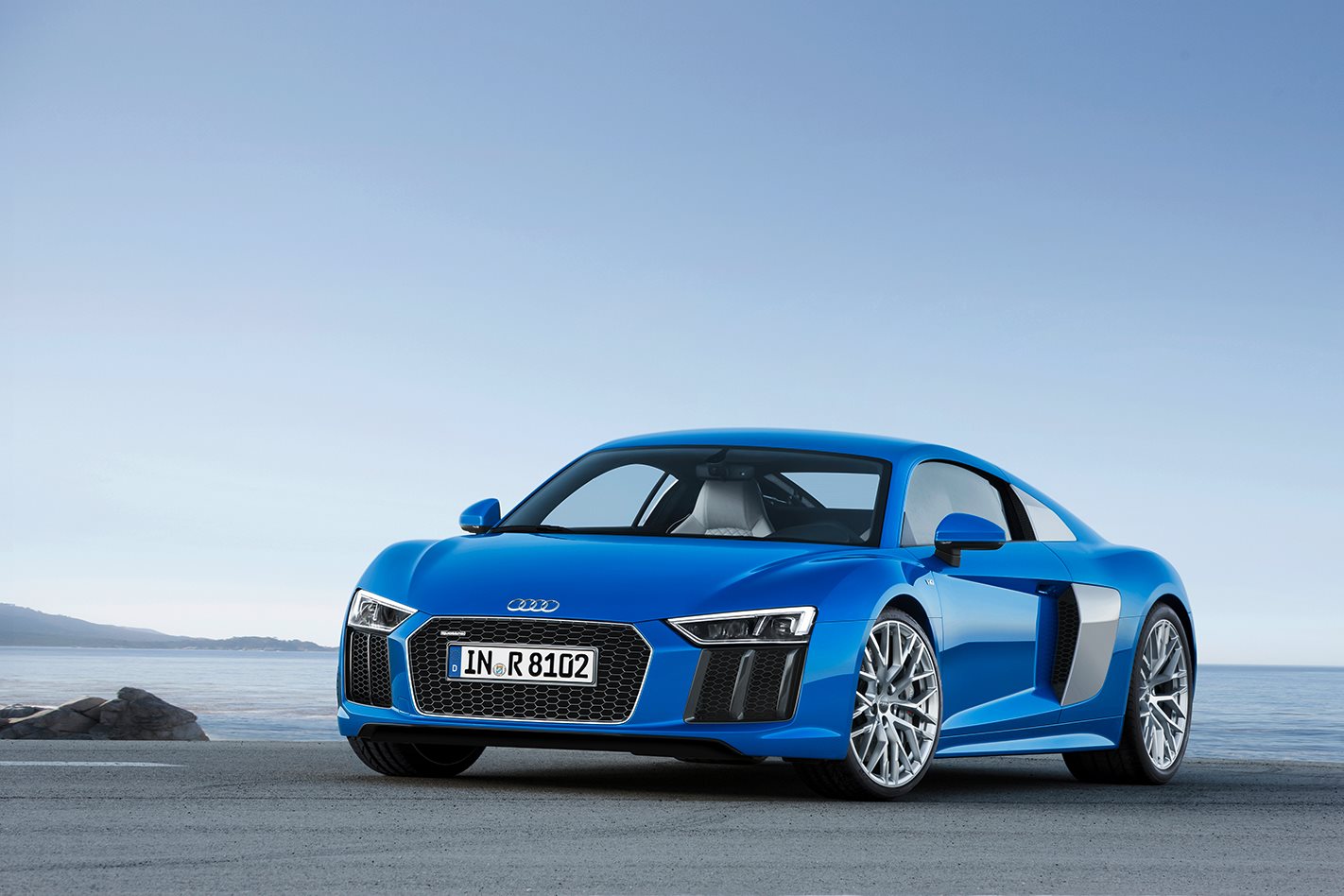 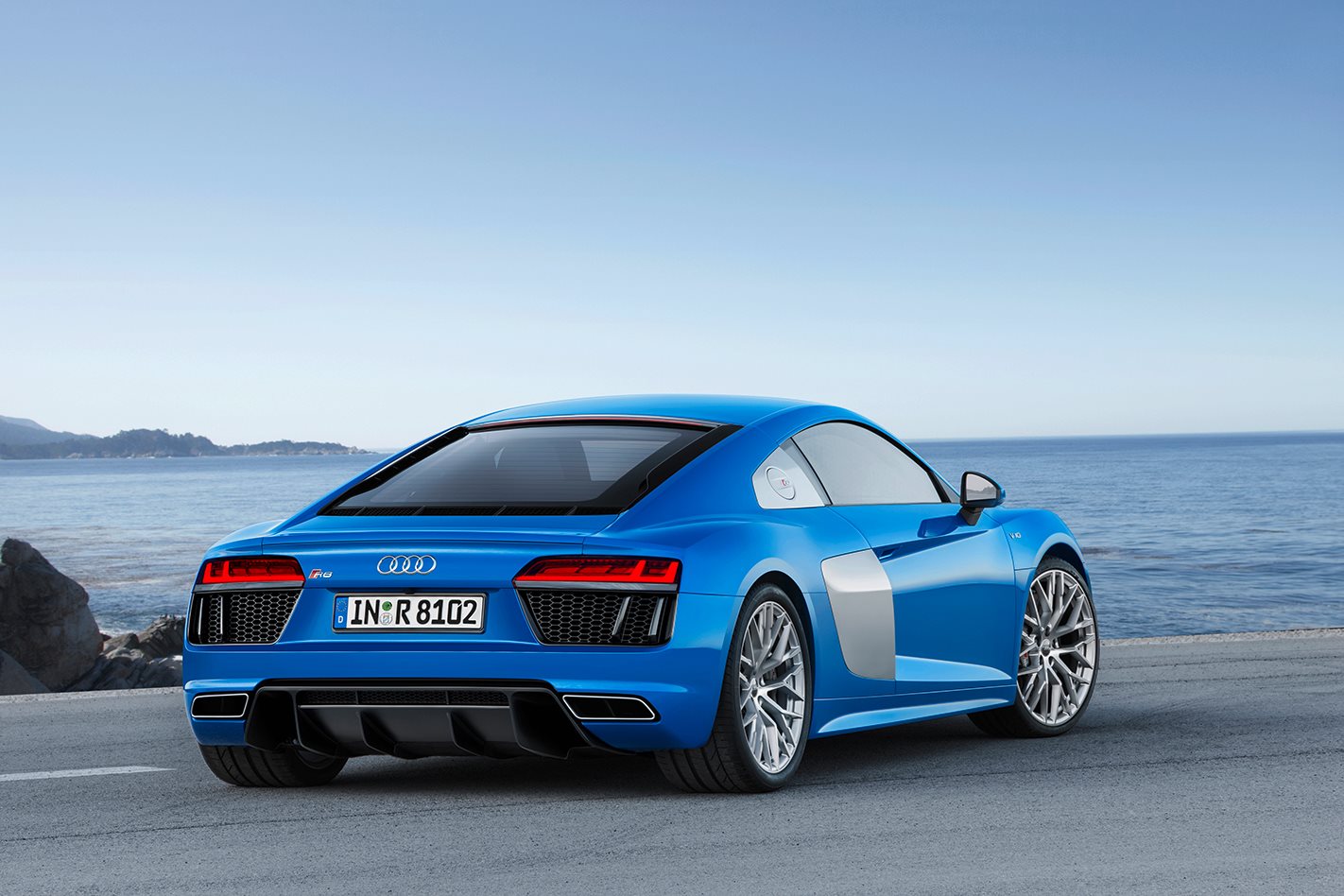 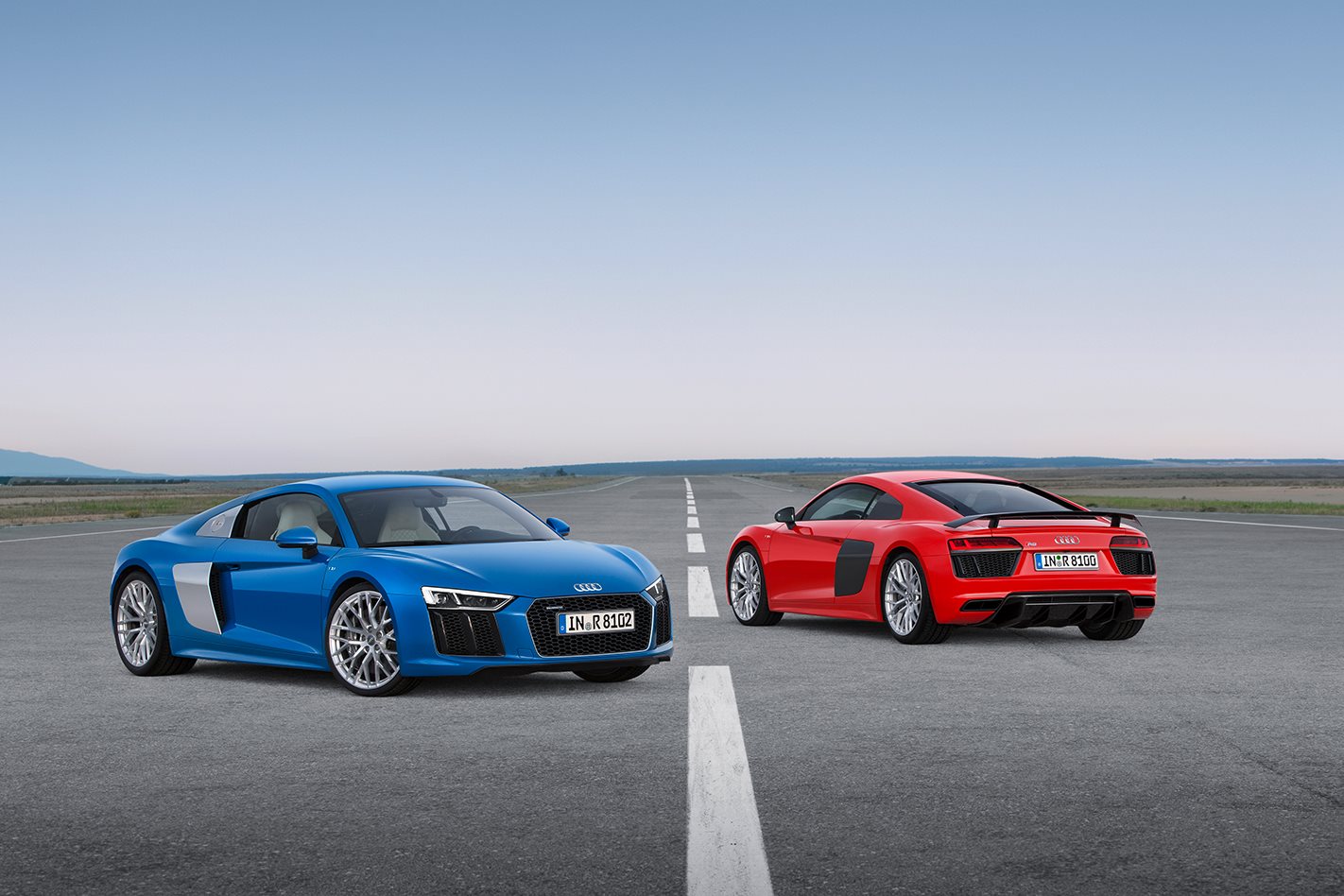 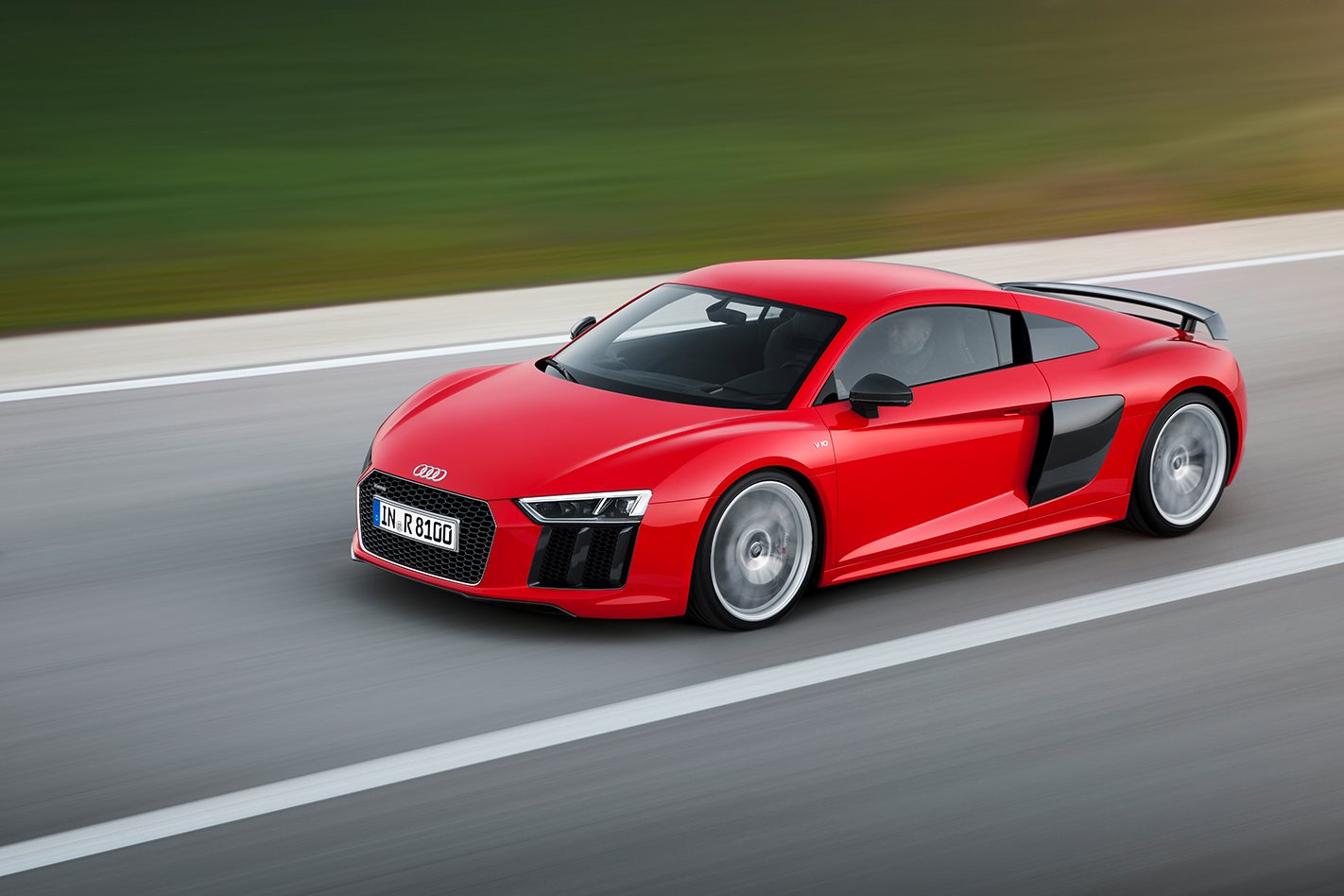 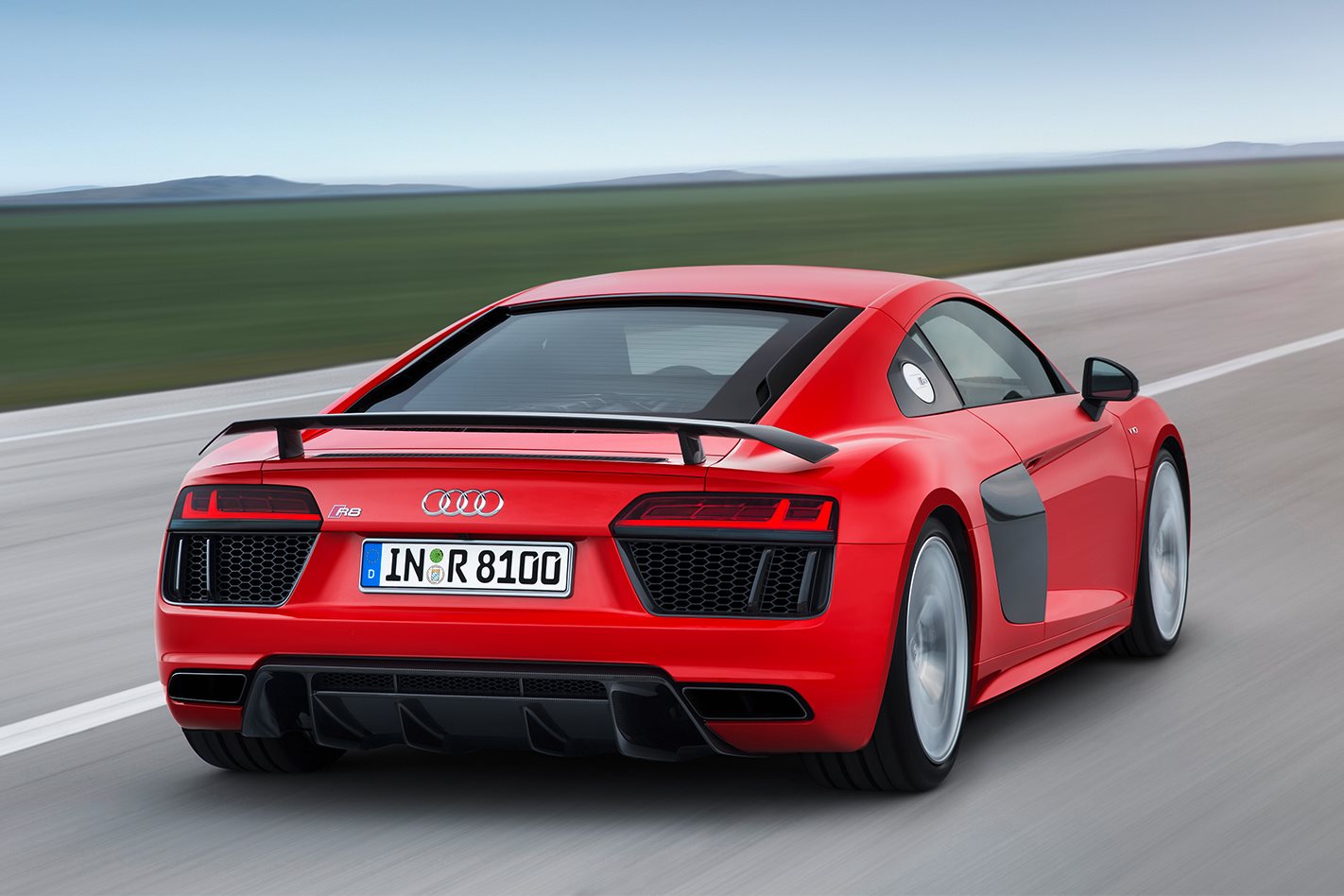 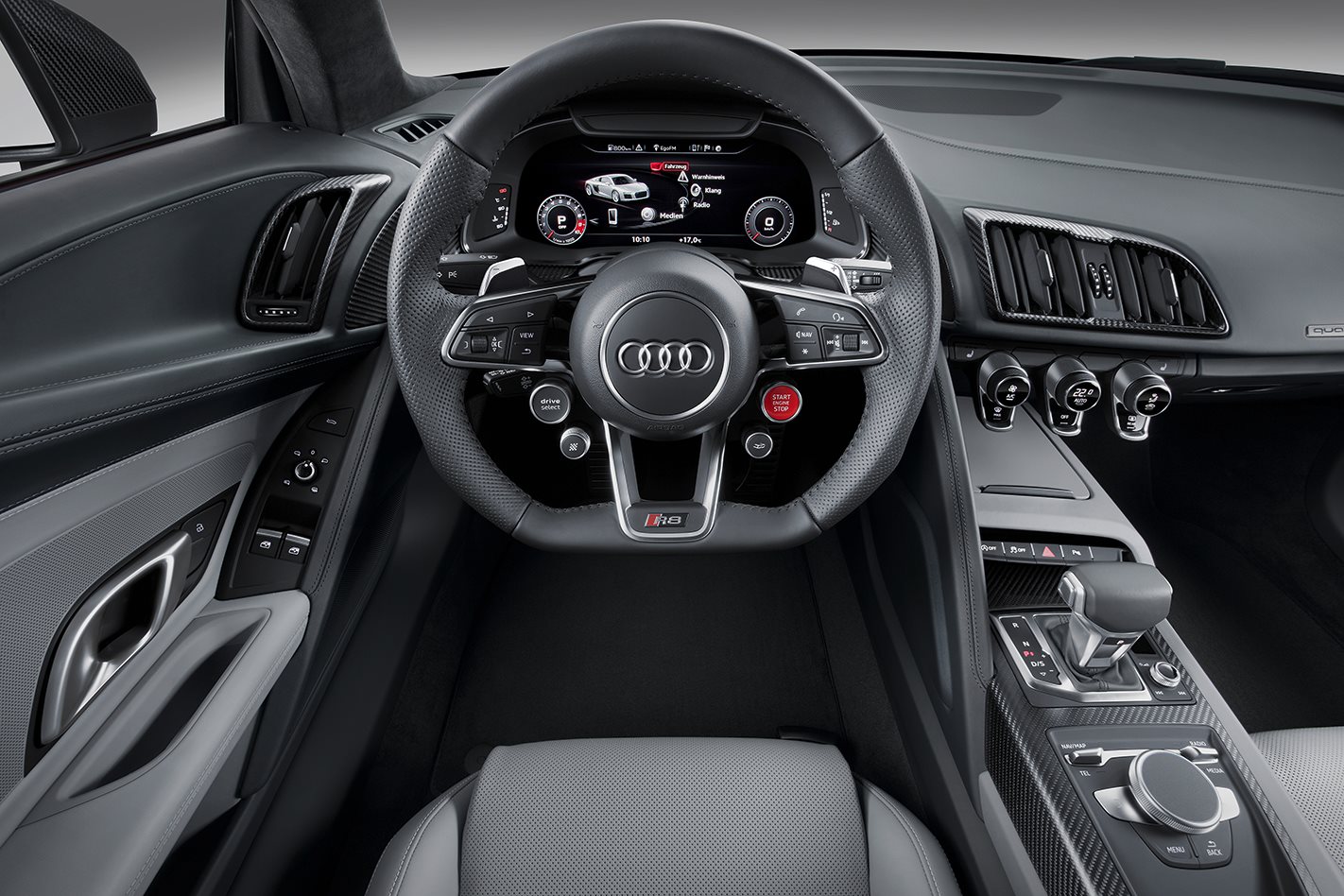 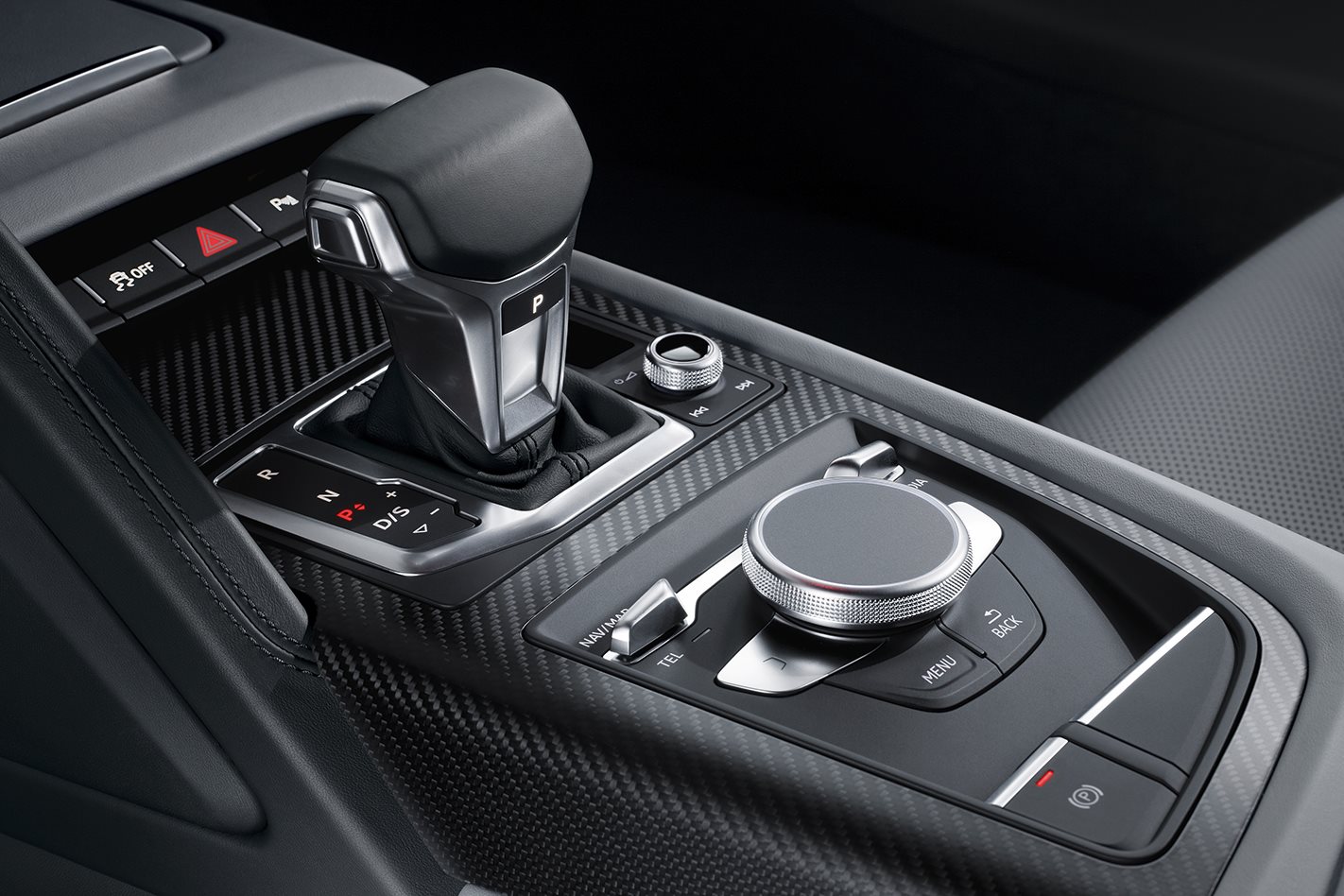 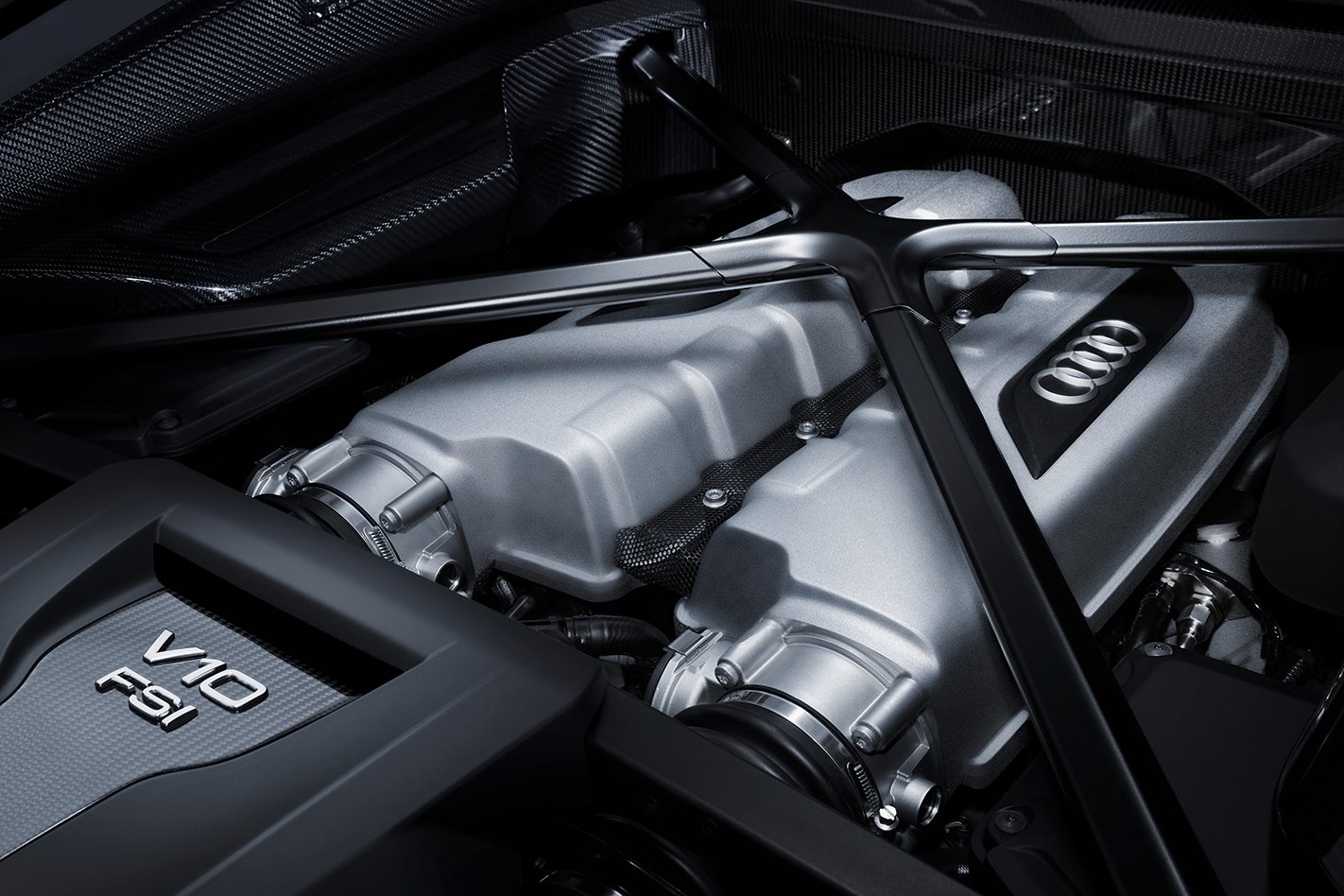