The new Audi R8 will focus on evolution rather than revolution as hard data lobs ahead of the production range’s Geneva show debut.

A number of European outlets have been given access to a camouflaged pre-production example of Audi’s forthcoming next-gen R8, revealing crucial details about Ingolstadt’s flagship sports car.

Despite the signature ‘camo’ treatment, the new R8 closely resembles the outgoing version save for a sharper TT-esque treatment to its exterior design.

Although underpinned by a new chassis, the new coupe’s body is, dimensionally, almost identical to the old and features more-or-less the same wheelbase and track measurements.

As is tradition, the R8 will remain technologically ‘twinned’ with Lamborghini’s ‘baby’ supercar, in this case the Raging Bull’s Huracan, though the Audi is said to be 30mm longer in wheelbase.

In breaking tradition, though, there will be no V8 offered, at least initially. Instead, two petrol ten-cylinder variants will use marginally more powerful versions of the existing 5.2-litre unit, outputting around 400kW in base V10 form and 450kW in V10 Plus spec.

The V10 Plus not only tops R8 heritage for outputs, it also sets new performance benchmarks, including a 0-100km/h acceleration claim of just 3.2sec on its way to a limited 330km/h v-max.

The interior treatments promise less ‘parts-binning’ of more humble Audi stock – a long-standing criticism of the current model range – while customizable Virtual Cockpit instrumentation, as debuted on the gen-three TT, is a welcome addition.

Sadly, according to online reports there will be no conventional manual transmission option – a seven-speed dual-clutch S-tronic transmission will be offered exclusively.

Underscoring the handling package is a new quattro system that, reports suggest, can feed up to 100 per cent of torque to either front for rear axle depending on drive mode and conditional/operational requirements.

At 1555kg in kerb weight, the new V10 Plus is more lightweight than the older bent-ten coupe despite what’s claimed to be a 40 per cent improvement in overall structural rigidity.

Despite more light being shed on upcoming petrol-powered R8 versions, speculation remains around the anticipated all-electric E-Tron version that may lob alongside its V10 kin at Geneva in March. 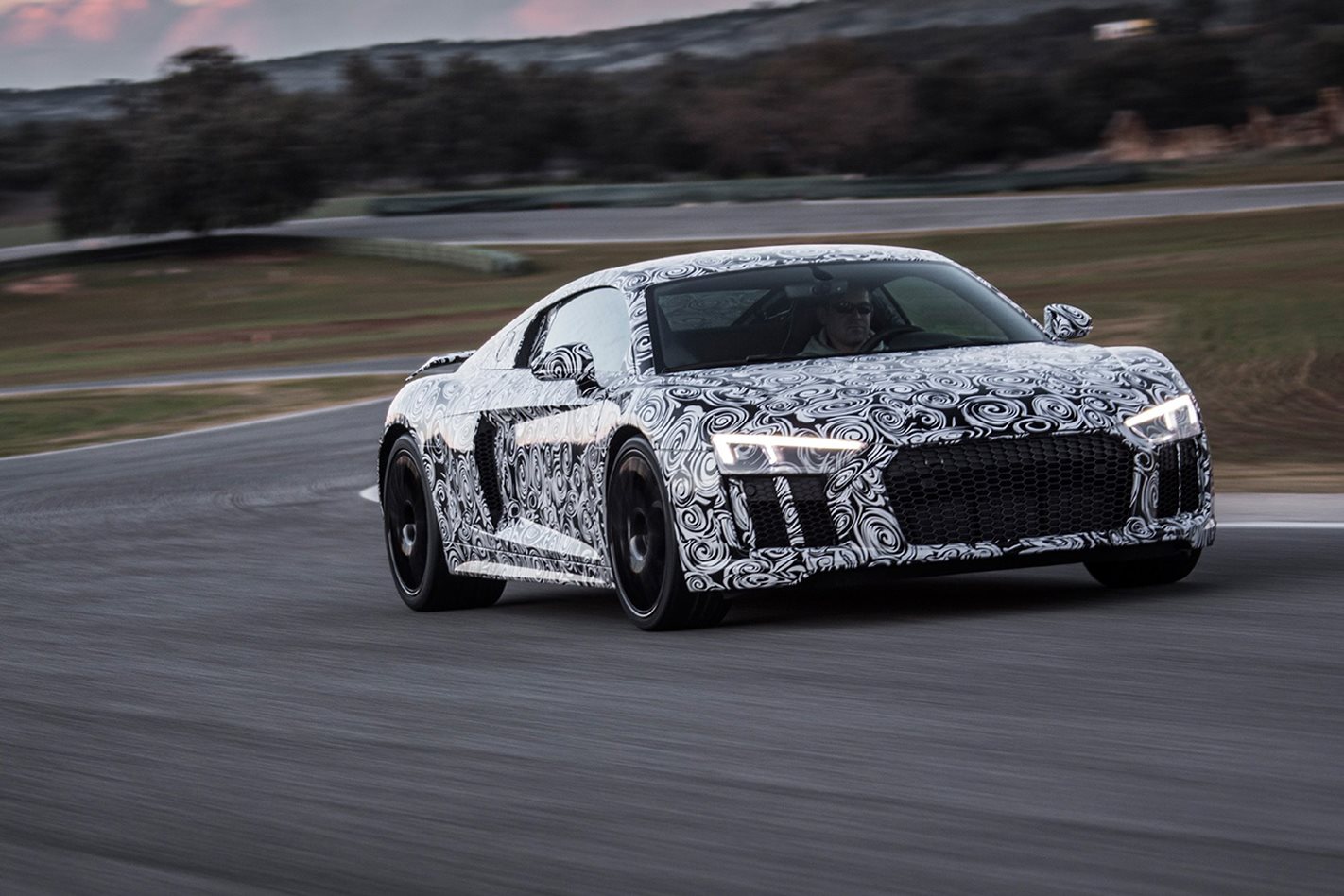 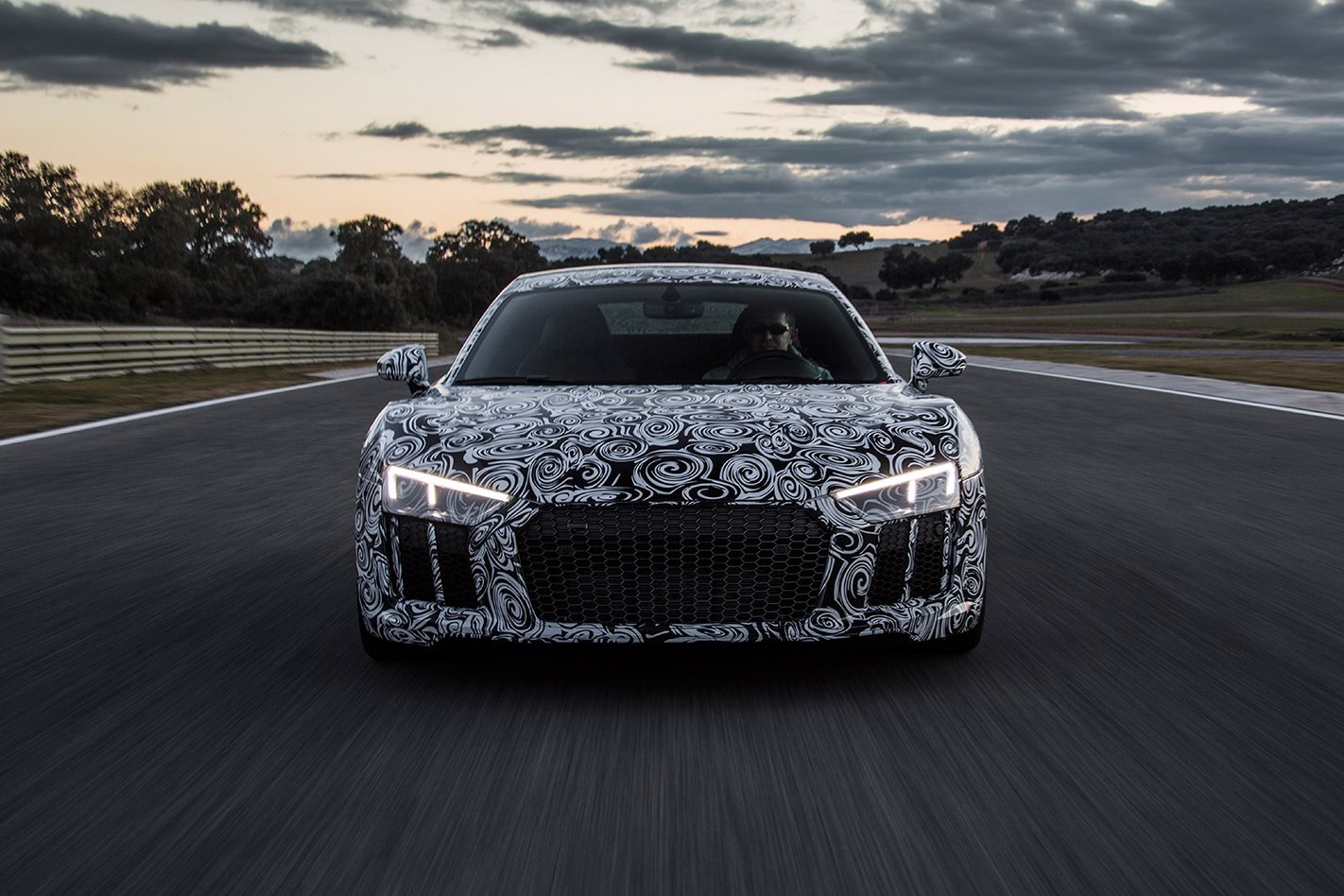 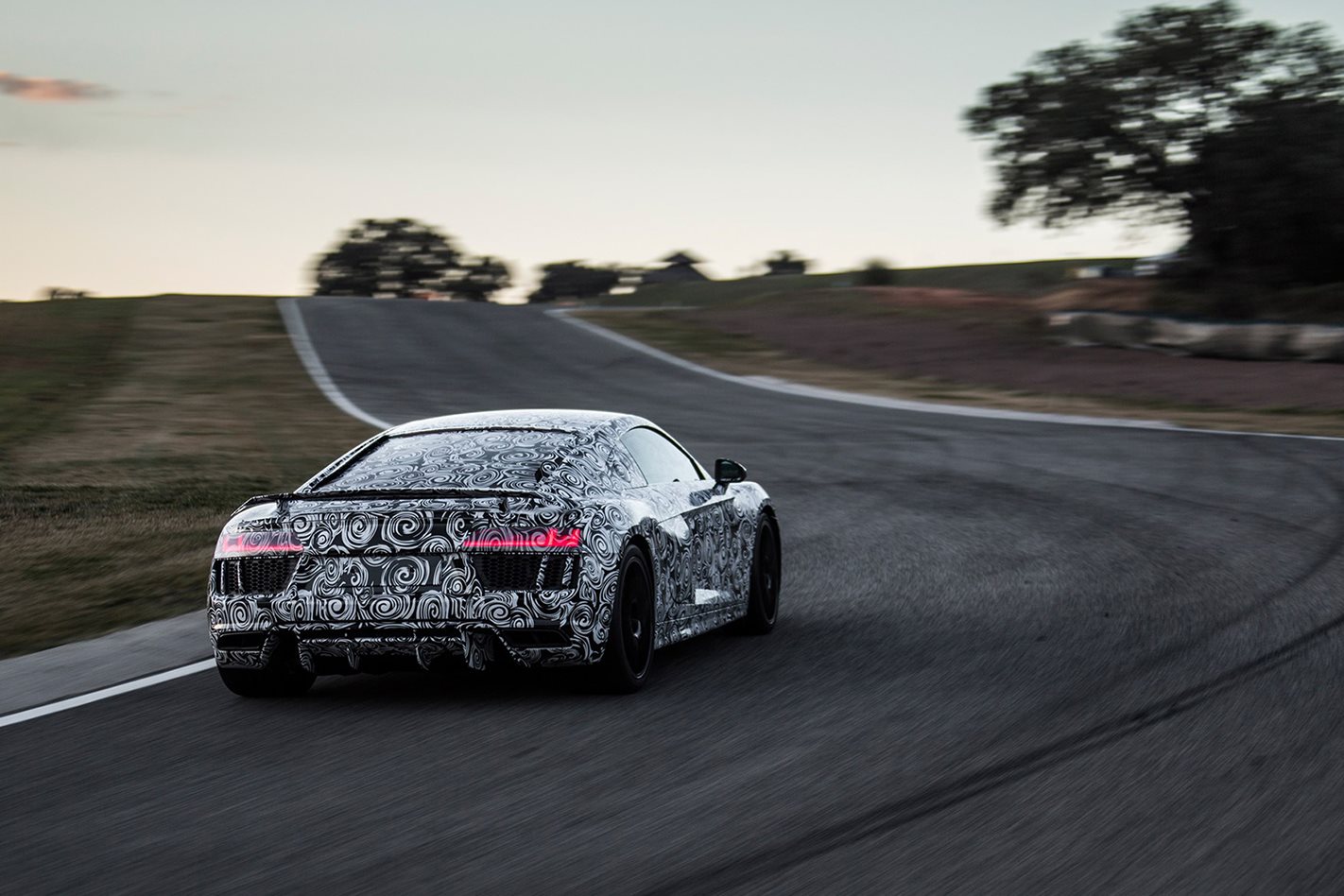