Audi has confirmed the long-awaited replacement for its flagship R8 supercar will be unveiled at the Geneva motor show in March.

And after all but killing off an all-electric e-tron branded version, the Ingolstadt marque will debut an electrified version to complement the 5.2-litre V10 that will carryover from the current car.

Audi’s only rear-wheel drive R8 model was, however, on production hiatus because of a lack of suitable range due to shortcomings in the battery technology engineers were pursuing in development.

The original stillborn e-tron, which claimed a slightly dubious electric ‘production car’ record around the old Nurburgring Nordschleife in 2012, could only manage a best-case range of 230km.

According to Audi’s technical development boss, Ulrich Hackenberg, the next-generation and now-production ready R8 e-tron will offer a range well beyond 400 kilometres on a single charge.

It is unconfirmed whether the electrified hypercar maintains the working concept car’s rear-wheel drive or whether Audi has adopted supplementary range-extender technologies.

The forthcoming R8 range, which will share much of its engineering DNA with Lamborghini’s recently launched Huracan supercar, replaces the current, now eight-year-old version. 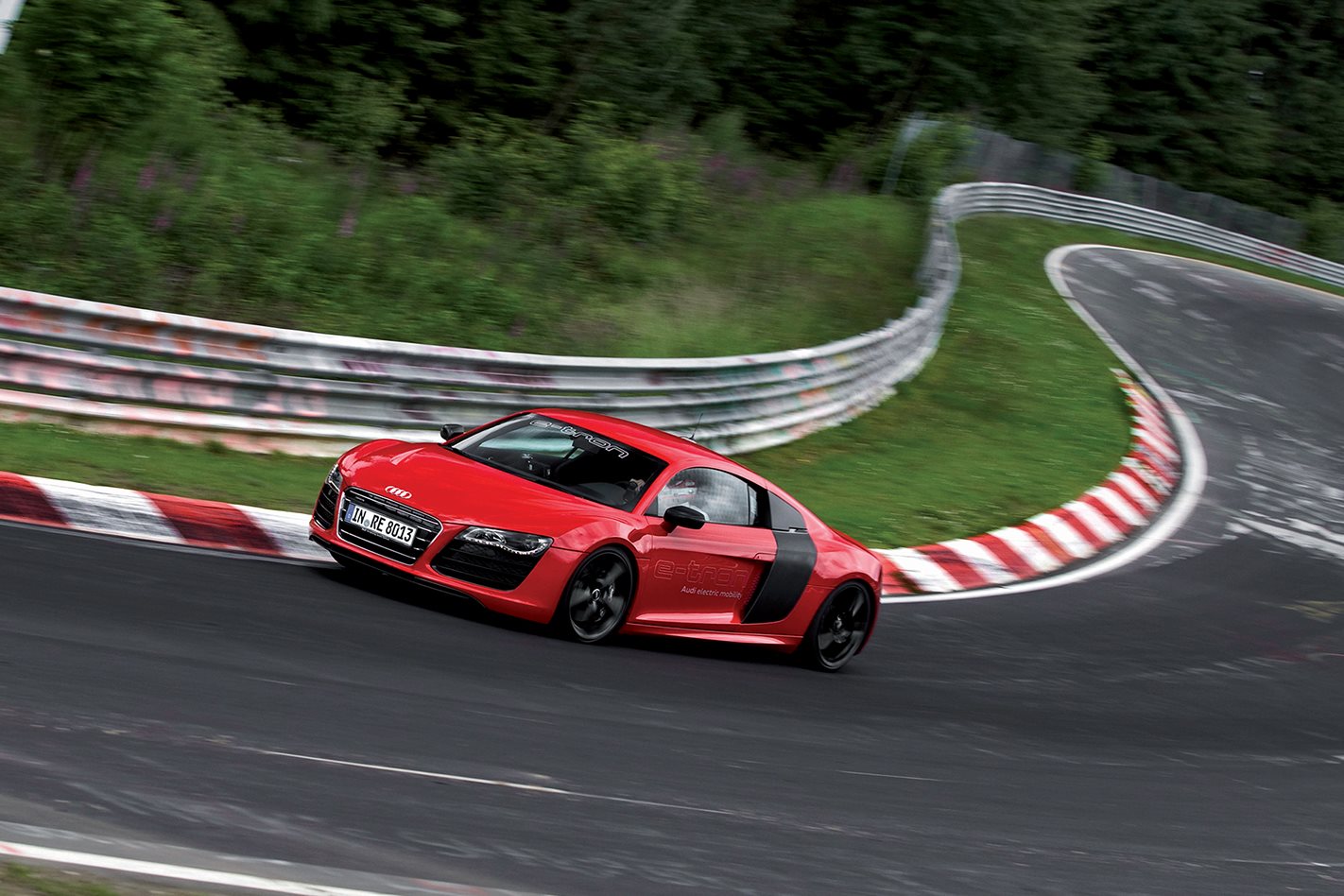 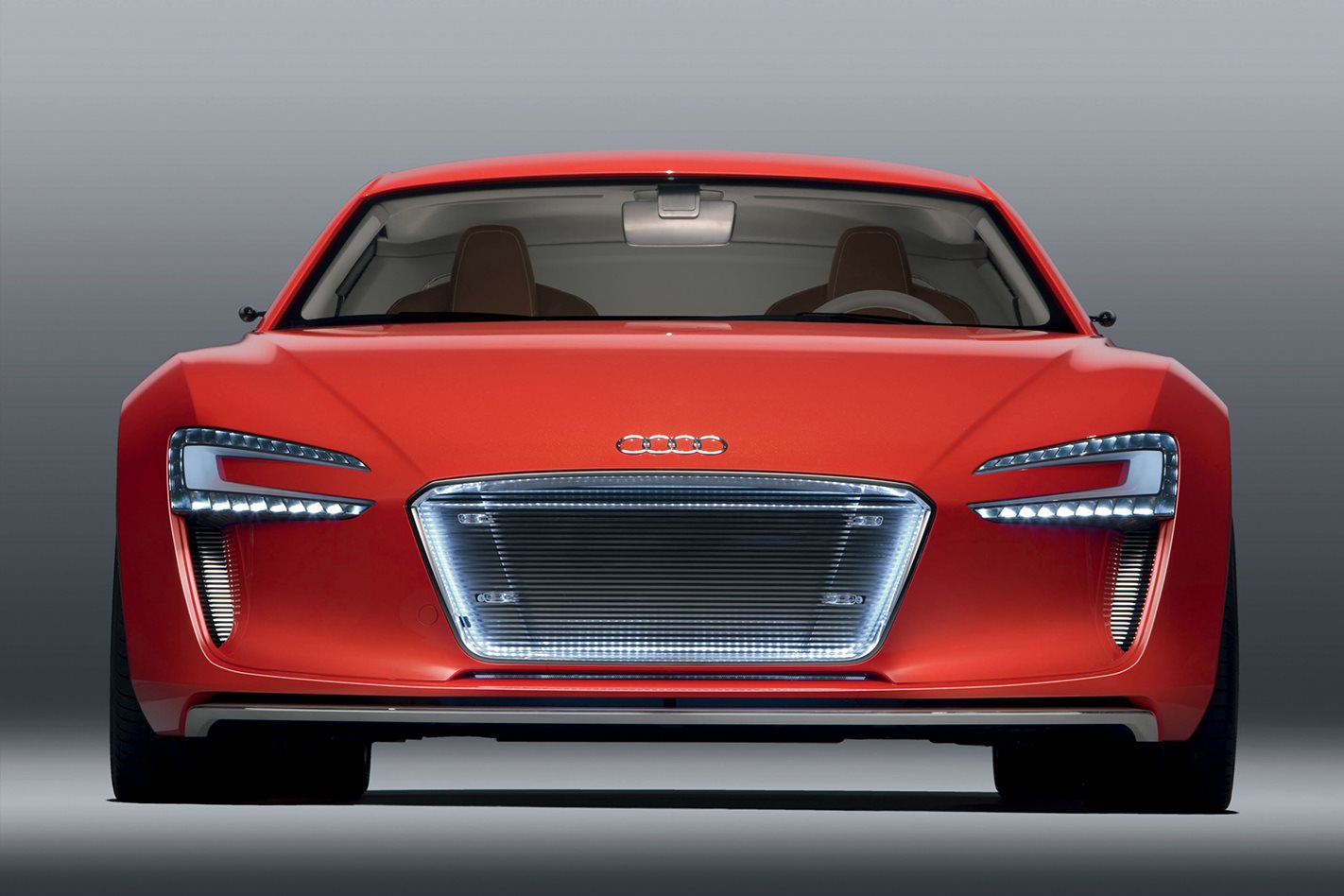 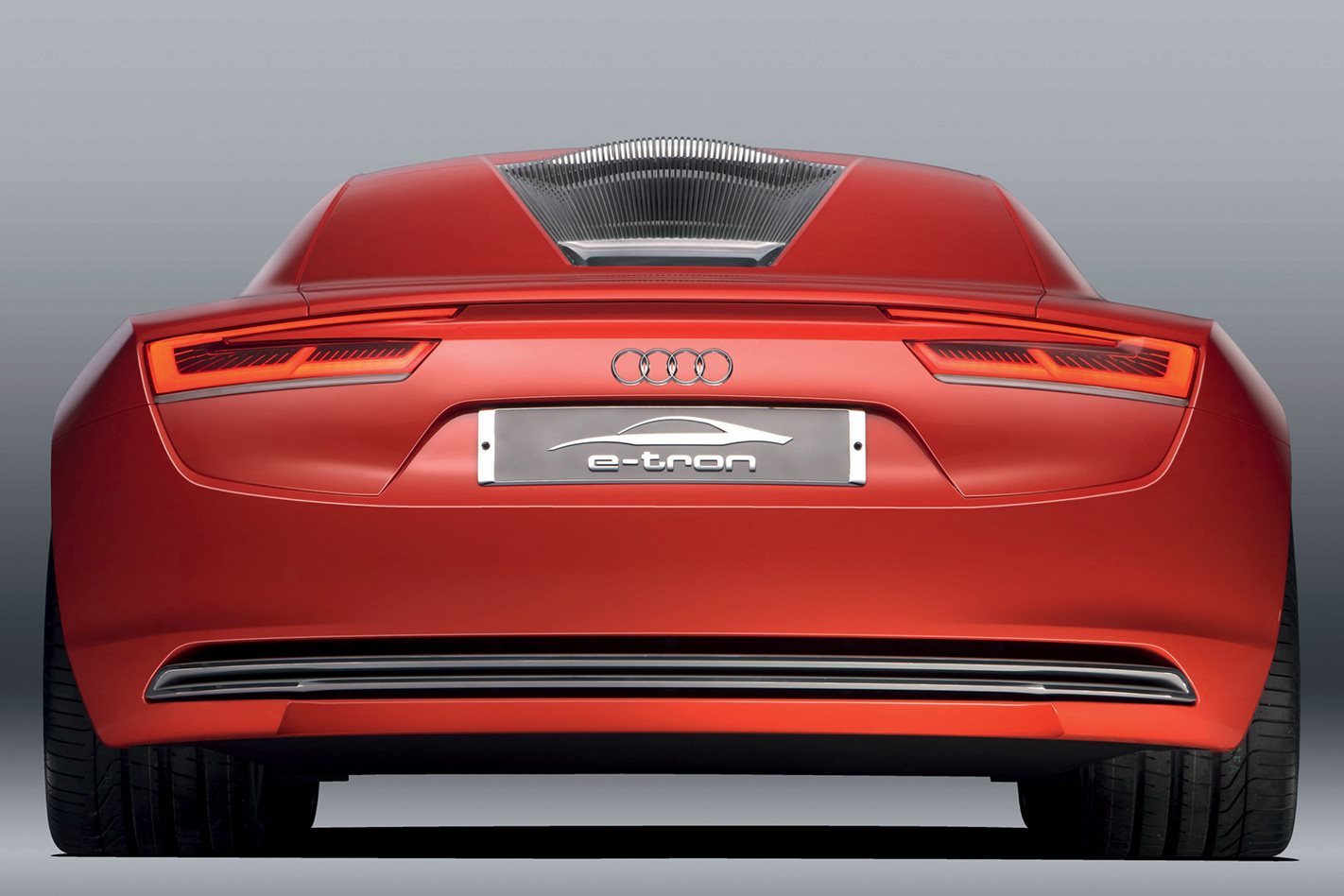 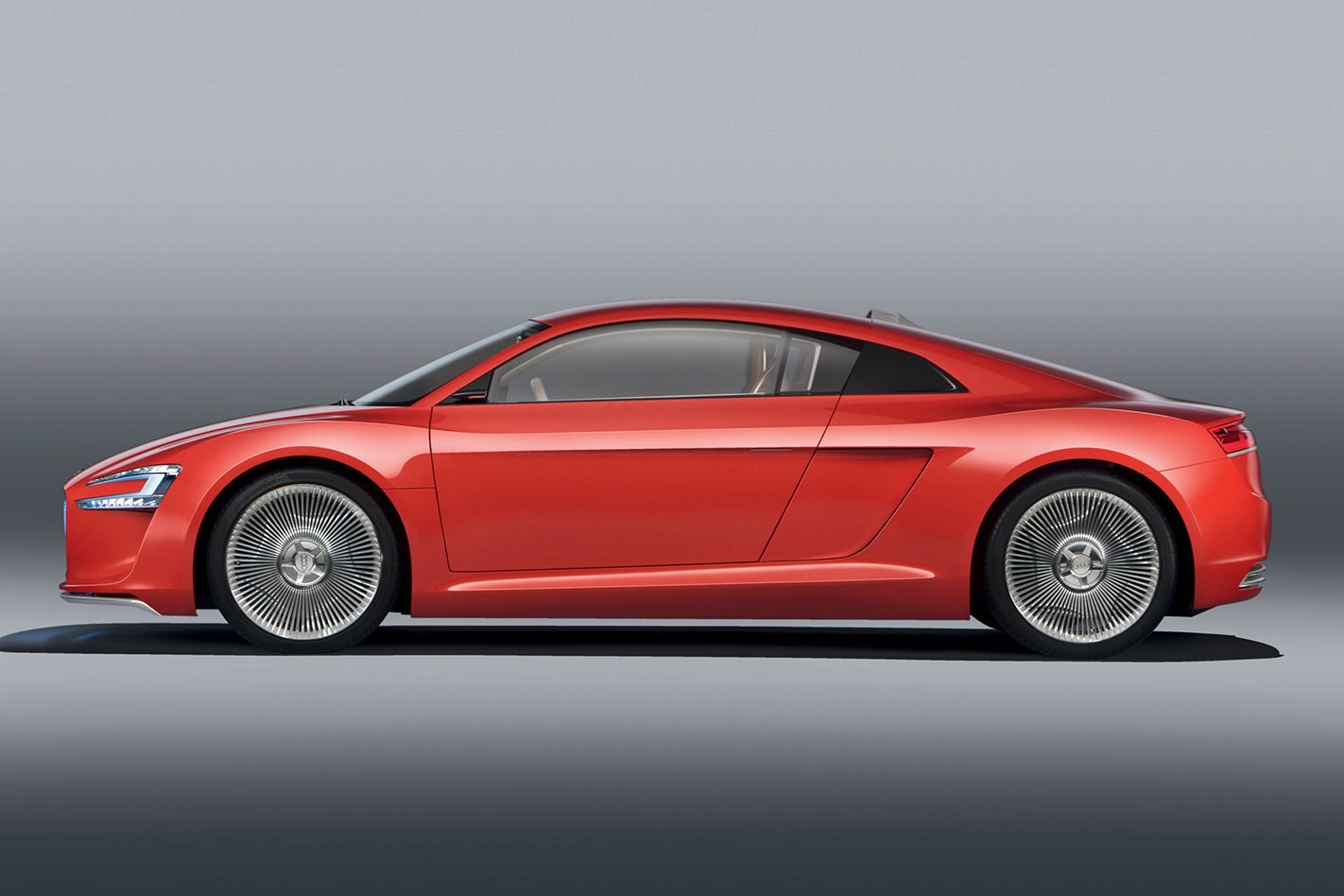