NOBODY LIKES being beaten. Especially Porsche, by the looks of it. Recently Porsche went as far as to chop its own outright record at the infamous ‘Green Hell’ with a scarcely believable 5min and 19.546sec lap around the 20.832km circuit.

With the firm’s 919 Hybrid now finished with racing, after winning three-straight Le Mans 24 Hour races and World Endurance Championships, Porsche had a little task for it to complete before letting it kick up its feet on a beach in retirement. 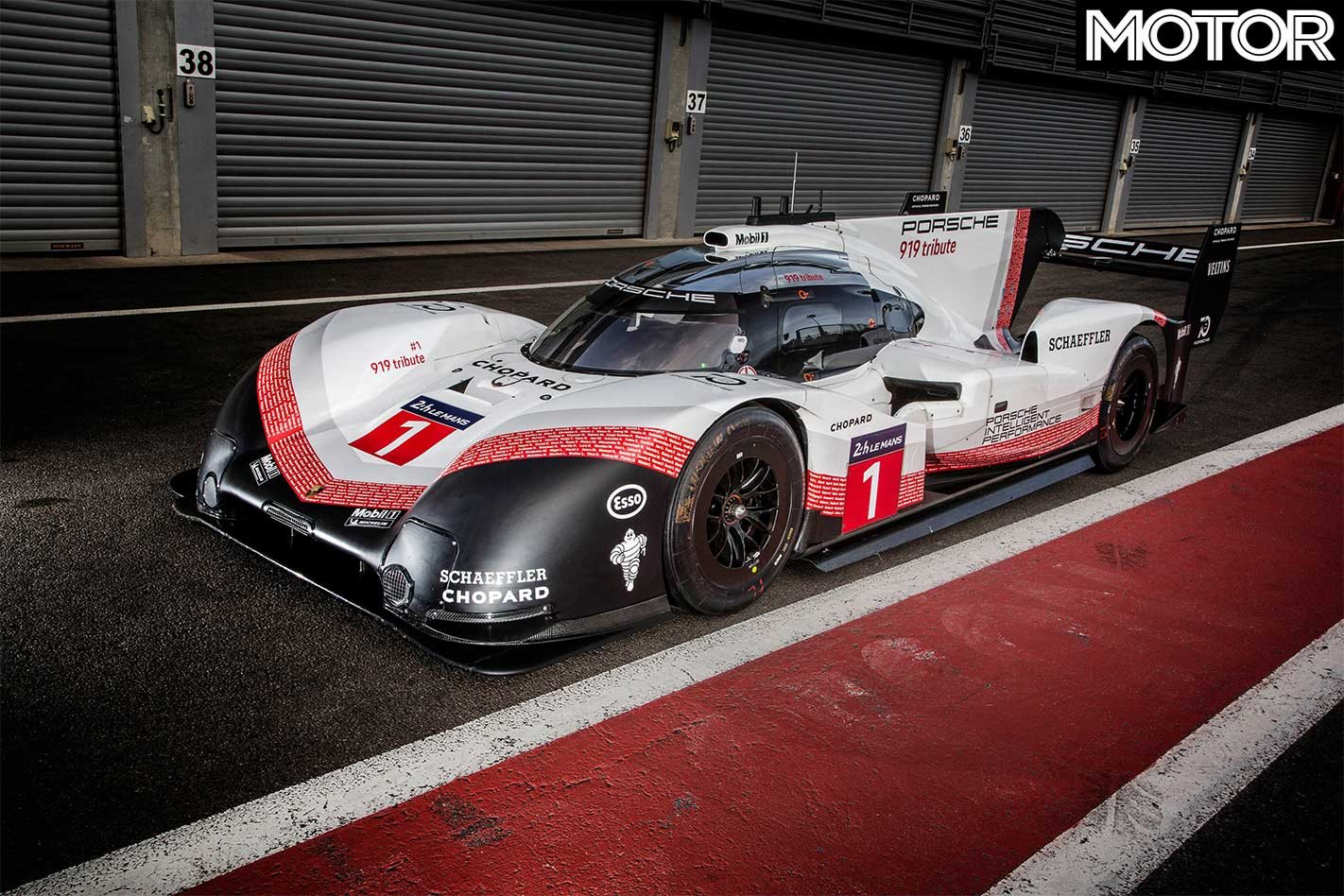 Engineers were instructed to ‘derestrict’ the 919 Hybrid and see how fast it could tackle some of the world’s most famous tracks.

Spa Francorchamps was its first victim. It tore around the 7.004km track in 1min and 41.770sec, eclipsing the qualifying lap Lewis Hamilton set at the 2017 Grand Prix in his Mercedes-AMG F1 car by 0.783sec. That was in April. It set the scorching Nurburgring lap on the morning of June 29 in cool, sunny conditions.

Known as the 919 Hybrid Evo, the car’s seen its weight, power and downforce upgraded to levels beyond the realm of LMP1. All equipment unnecessary for a handful of qualifying laps was ditched, including air-conditioning, windscreen wipers, certain sensors and electronic devices, lights and pneumatic jacks. This dropped its dry weight by 39kg to 849kg.

Aerodynamics was the next area of focus. The floor and vanes were tuned for maximum attack, while a new diffuser was installed to balance the massive rear wing. With two drag reduction systems, downforce is up 53 per cent and efficiency by 66 per cent. 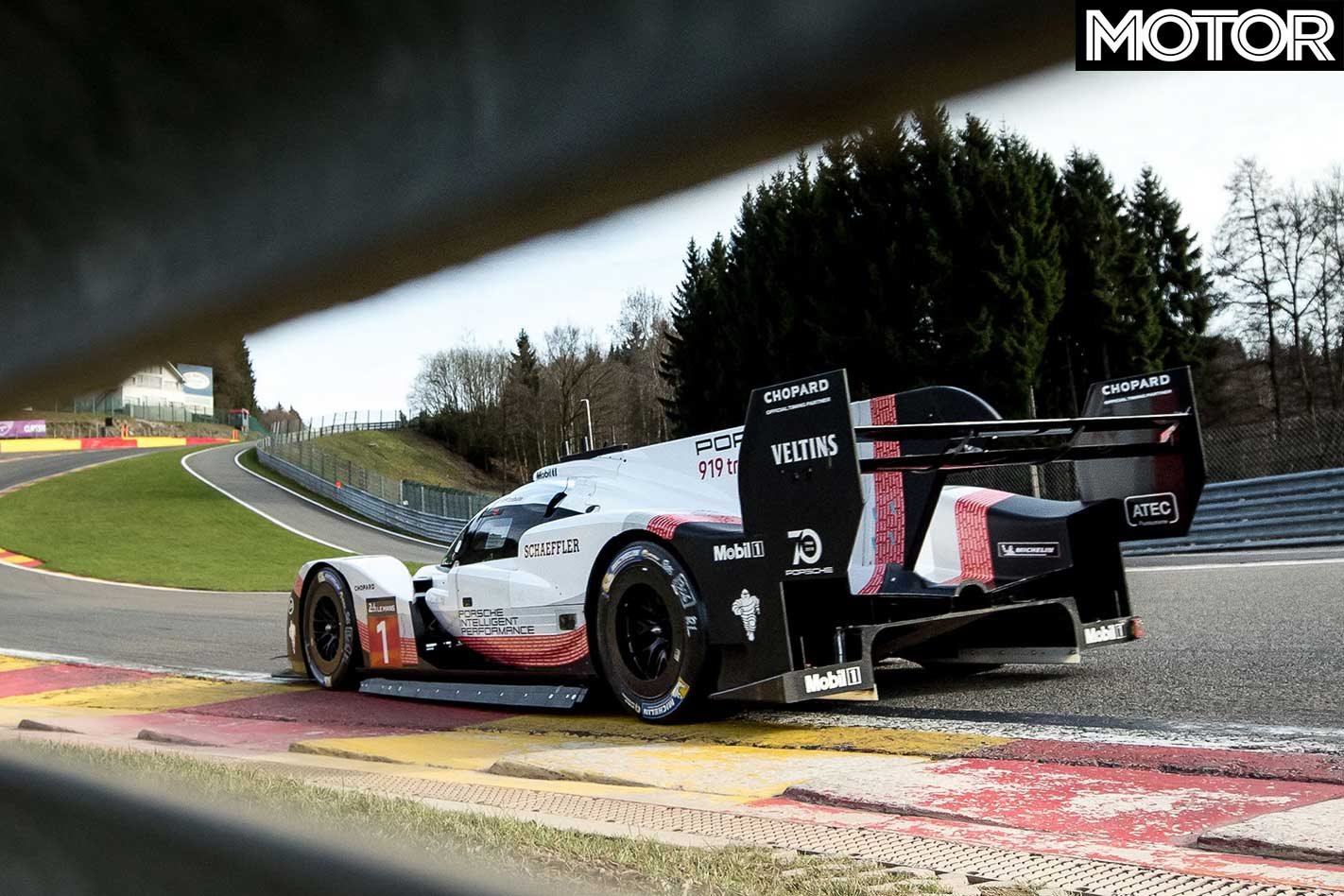 Power was tweaked by way of its turbo 2.0-litre V4 and hybrid systems. The former spinning 530kW (162kW extra) through the rear axle and the latter contributing another 324kW (29kW), which is deployed via the front-axle electric motor. All up, that’s 854kW at its disposal.

If all these dizzying statistics are starting to make the 919 Hybrid Evo’s achievement seem less surprising, the gap to Porsche’s fastest production road car around The ’Ring (though no longer outright, thanks to Lambo) restores the achievement’s rightful lustre. Of course, the car in question is Porsche’s own 911 GT2 RS, which swiped the crown (from Lambo… funny that) with a 6min 47.25sec lap, 87.754 seconds slower. Check out the speed differences below. 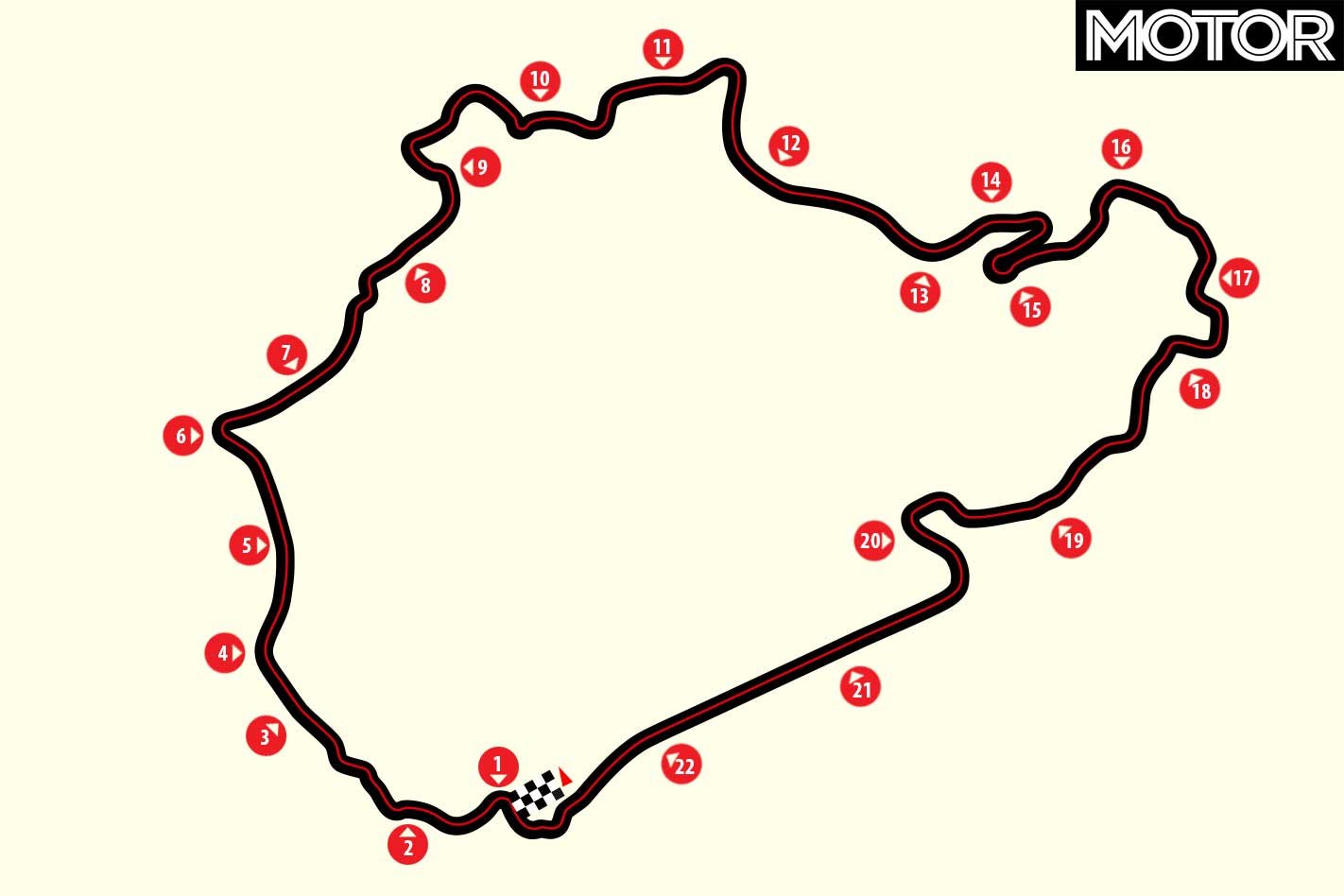 The last outright record stood at 6min 11.13sec at the hands of Stefan Bellof in 1983. The German native piloted Porsche’s 956 during that year’s World Sportscar Championship race. The next quickest lap that day was 6:27.36. 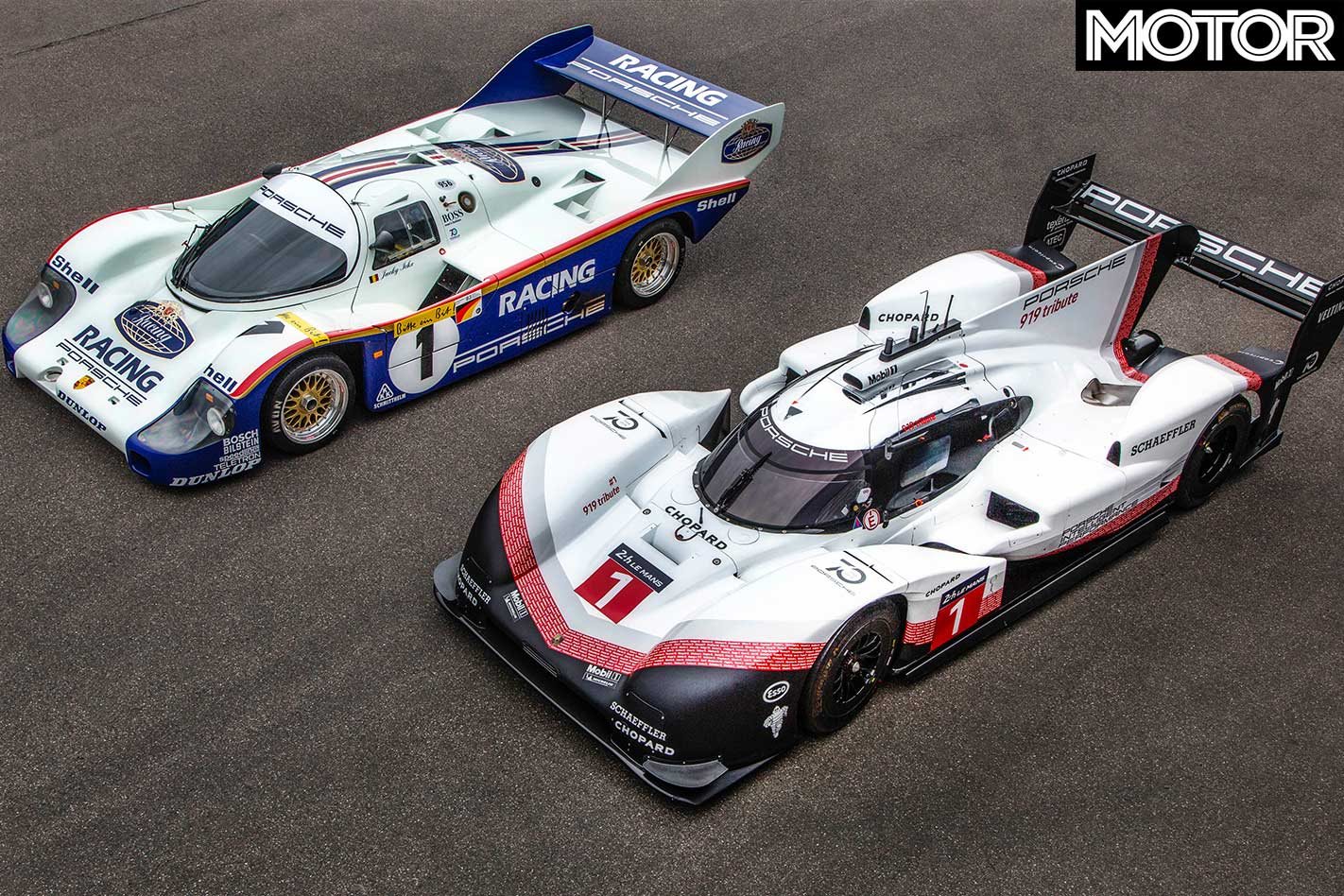 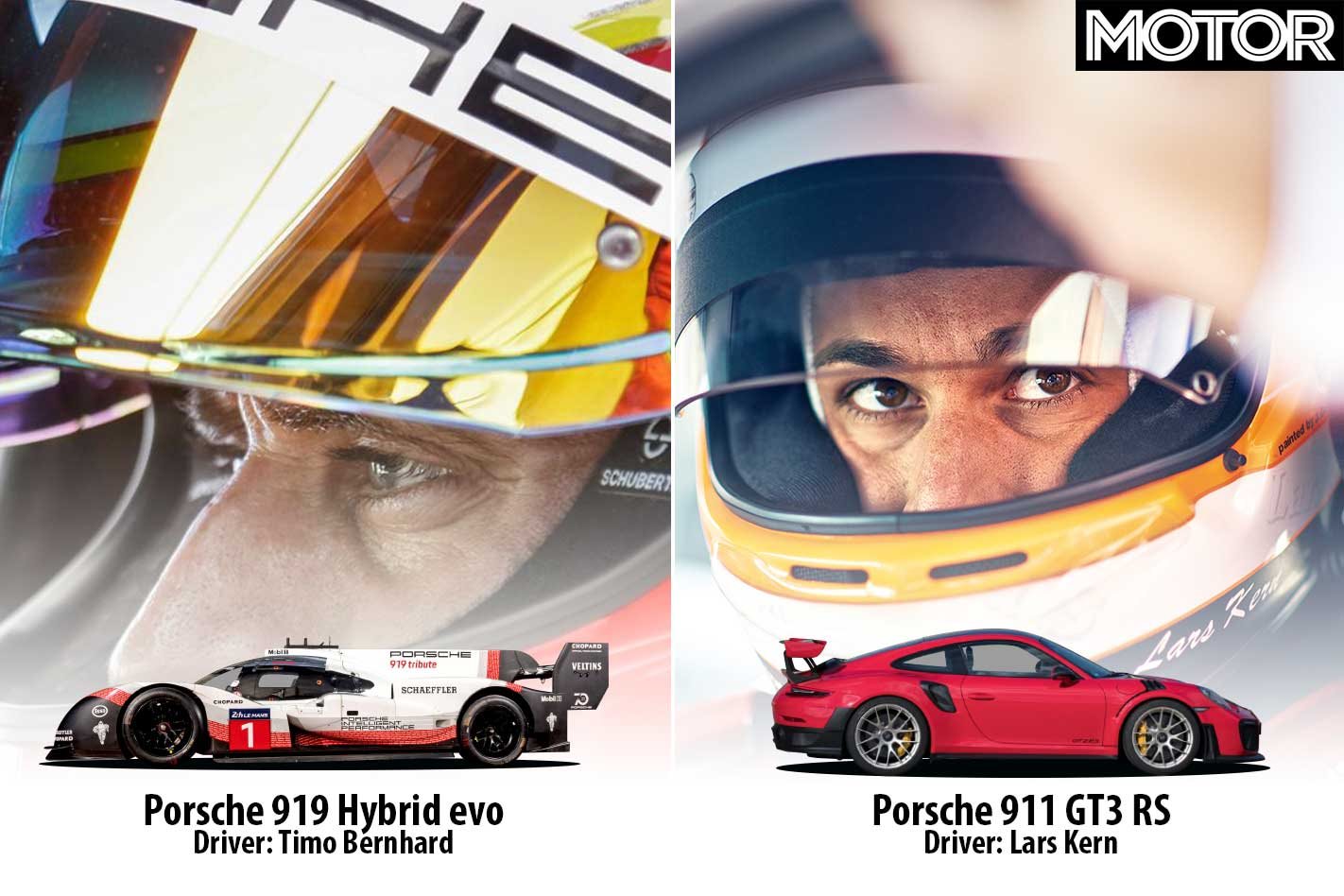