Is this the stripper-spec 911 keen drivers have been clamouring for?

WITH PORSCHE, less is often more. Weissach’s greatest products have regularly been the ones that were most surgically pared back; a purer distillation of the company’s essence.

Can the latest Porsche 911T elbow its way into that pantheon of greats? Is this the 911 we’ve been screaming out for?

Inspired by the philosophy of the 1967 911T, the latest version is, ostensibly, a 911 Carrera with the Porsche Active Suspension Management (PASM) option ticked and then a whole lot of unticking going on. 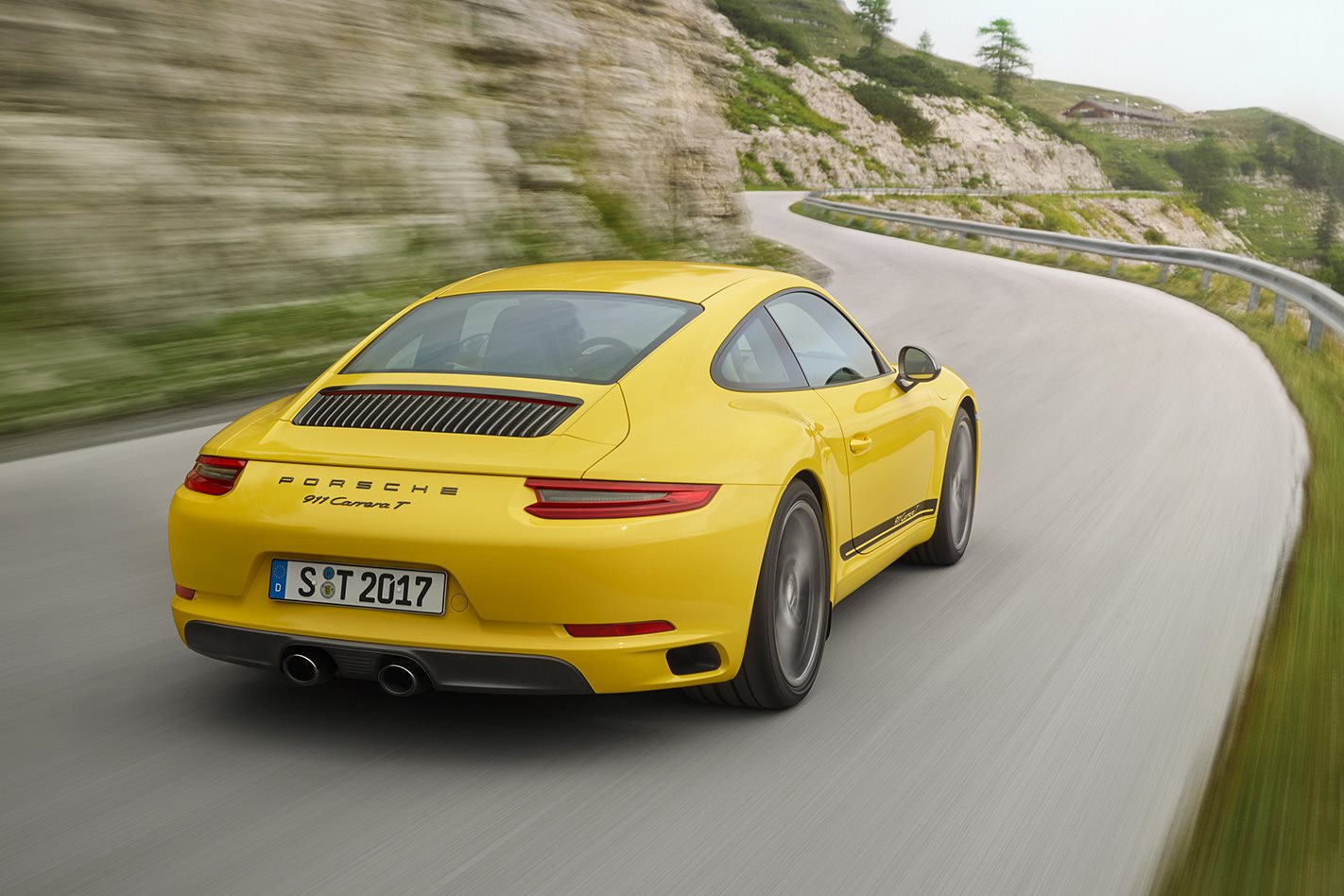 Porsche Torque Vectoring features on the rear end, then out go the rear seats and a whole heap of sound deadening. Lightweight glass rear windows and cloth door pulls shave a few grams. The only deletion we’d question is the infotainment system, which is now replaced by a dour pair of in-dash storage pockets.

In come a shortened gear shift lever for the manual car, a subtle front spoiler lip, grey mirror shells and 20-inch titanium grey Carrera S wheels. A sports exhaust is fitted as standard with black tips and the interior also gets Sports Seats Plus. Purists will doubtless prefer to option in the bucket seats. The price? $238,400 for the manual car, with a PDK twin-clutch option offered as well. 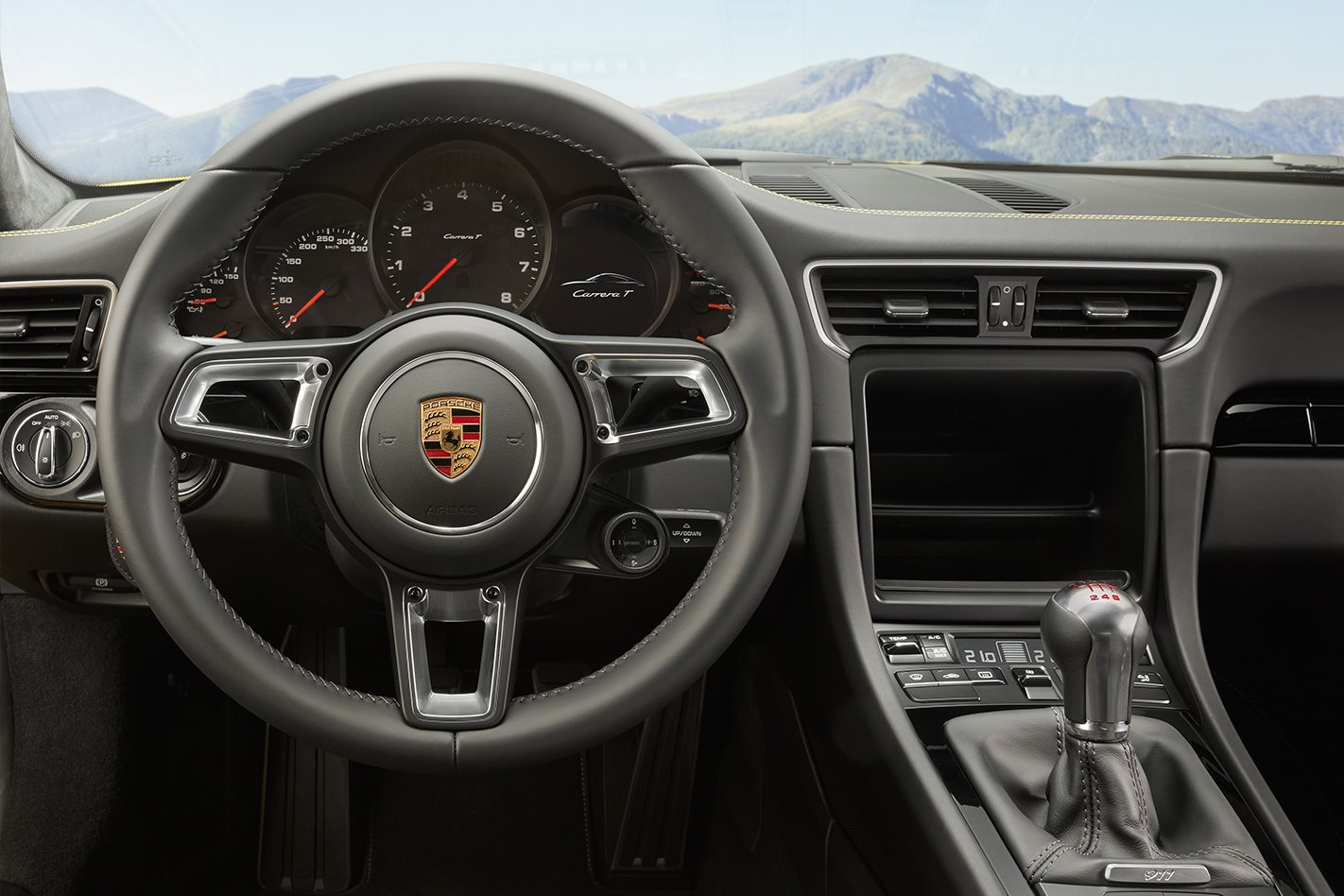 Power is rated at 272kW and torque 450Nm, the same as a base Carrera, and acceleration to 100km/h is shaved by 0.1s to 4.5 seconds in the manual model. Were you to option the infotainment system back in, it’s hard to see how the 1425kg 911T would be a lot lighter than a 1430kg Carrera, but perhaps that’s not the point.

With prior 911 generations, we’ve had to wait for the GTS models to get a ‘best-of’ compilation of the Carrera range and even then, it was possible to come away with the feeling that a lot had been loaded on, and that the 911 had strayed so far from its original source that the 718 Cayman seemed a more accurate inheritor of the philosophy of the fast and focused Porsche coupe. 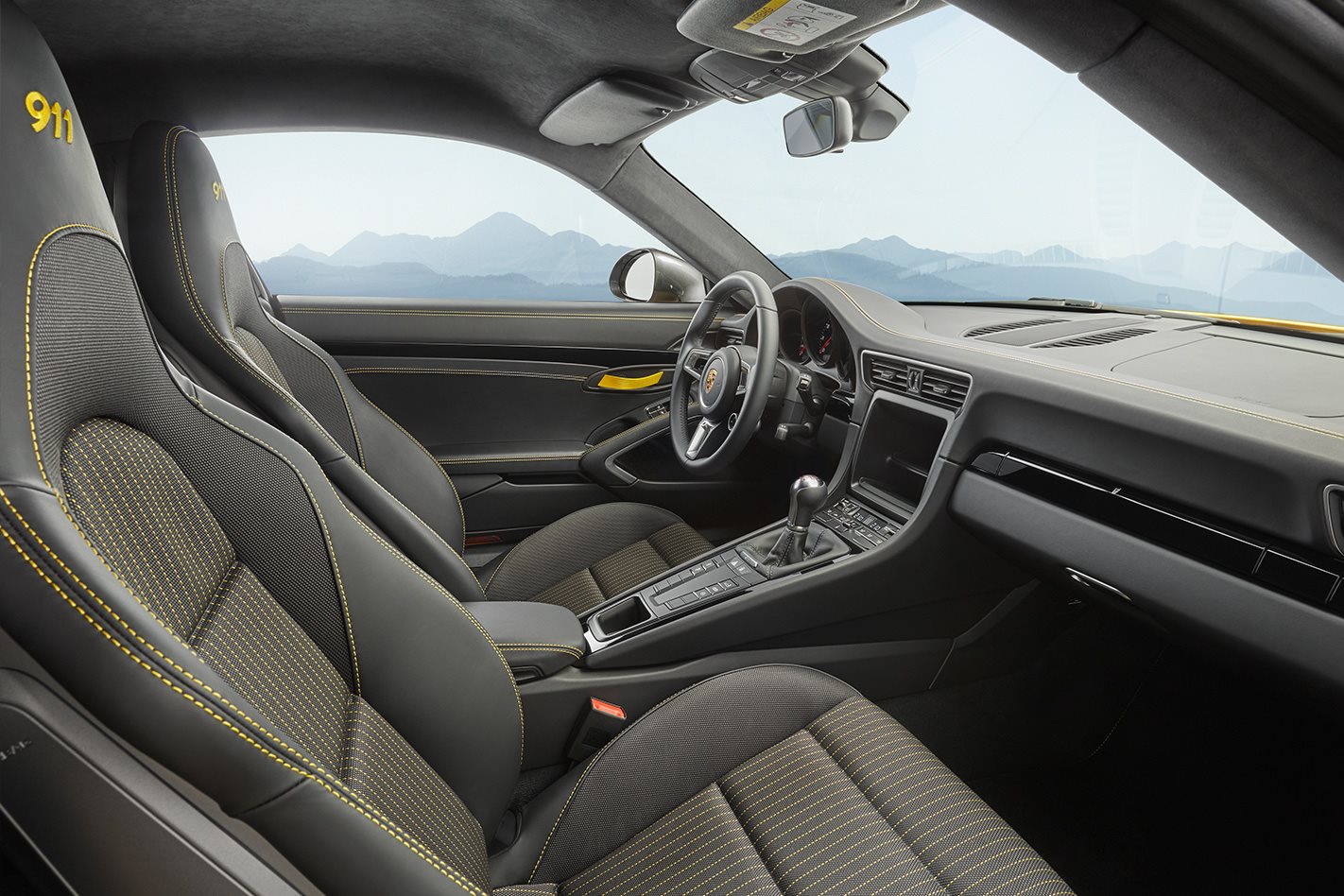 The 911T rectifies that. It looks a really well-judged suite of changes that brings something new to the entry-level end of 911 ownership.  With a Carrera GTS running you from $282,400 and a GT3 from $326,800, we’ve been crying out for just this sort of addition. Don’t get too hung up on the relatively unimpressive weight savings. The 911T is, at heart, chiefly a base Carrera with some judicious options added. This isn’t the second coming. But it does look bloody good fun.