The days of a charismatic car company boss ordering a new model on a whim, or a vendetta, are behind us, but it’s still natural to contextualise a company’s efforts and direction through the character of the person in charge.

In the case of the road cars developed by Porsche’s GT Division – the ones that get to wear the GT and RS badges – that bloke is Andreas Preuninger.

While he’s predictably keen to argue we should see GT Division’s work as a team effort by the 200 engineers handling its racing and road car activities, it’s also hard to see past Preuninger as the perfect encapsulation of the brand he works for. Preuninger is a hugely talented engineer, but also an enthusiast with an obvious love for his division, Porsche itself and performance metal in general. And while he won’t talk about the specifics of forthcoming models, he’s happy to speak freely and honestly about the future direction of his part of the company, while dropping as many clues as an episode of Colombo.

He wouldn’t share anything new on the next Porsche Cayman GT4, but he did confirm that GT Division isn’t working on any four-cylinder engines at present.

That, along with his evangelical enthusiasm for natural aspiration, backs up rumour about the GT version of the 718 Cayman sticking with a atmo six, most likely a detuned version of the Porsche 911 GT3’s donk.

“Natural aspiration is one of our main USPs,” he says. “We offer a car for people who want to feel something special; who want to have as much emotion as possible, as much throttle response and immediacy from a sportscar engine. And at [GT Division] we think that can be achieved a little bit better with an atmospheric high-revving engine.” 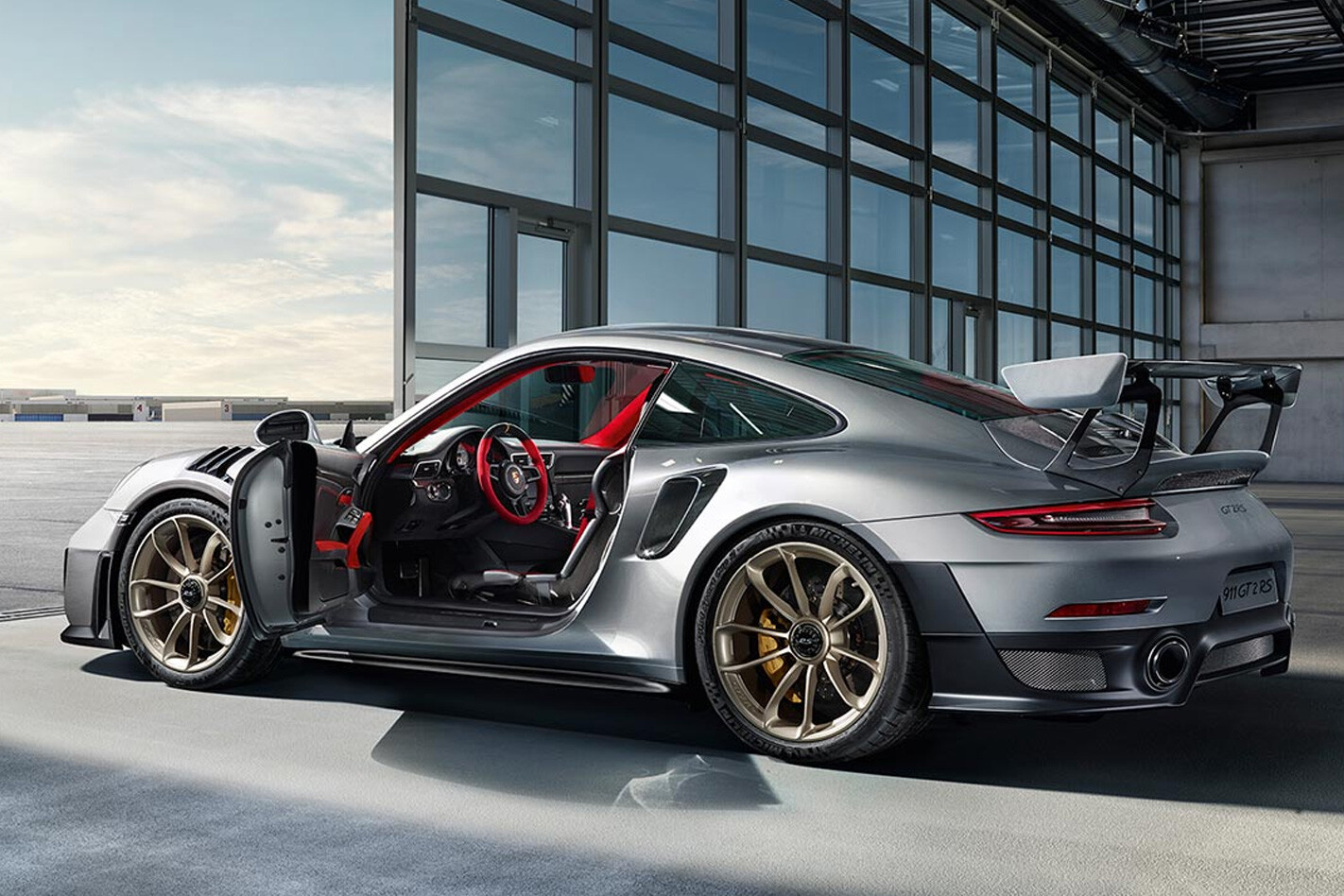 Obviously that thinking skips the next GT2 RS, though Porsche has relied on forced induction for peak 911 performance since the mid-1970s.

“We don’t think it would be a wise move to shy away and turn around at the pinnacle of success of these cars and try something else without any necessity to do it,” he says.

He makes the same point about manual gearboxes; an option offered again in the new GT3 after its predecessor switched to PDK-only – “giving choice is definitely our intention for the future.”

He admits it’s something the market will ultimately decide, saying that the engineering costs of creating the new gearbox for the GT3 and last year’s 911R were agreed on the expectation a reasonable number of buyers will go for them: “Let’s just say that if it’s less than 20 percent, then I’m in trouble,” he adds. Mention of the limited-run 911R – which has attracted crazy asking prices – gives the chance to segue to another topic close to Preuninger’s heart: people speculating on the rising values of GT Division cars by flipping them. It’s clearly something he feels strongly about.

“I like to see my cars being used; if you’re flipping cars then I think it’s understandable that you won’t get on the list for the next car if we have more demand than supply. I think that’s just fair.”

Most reassuring is Preuninger’s insistence that commercial pressures won’t force GT Division to do anything that’s not right for it. While other manufacturers pile into uber-SUVs, we’ll never see a GT-badged one. Well, almost certainly not.

“The credibility of the GT car is based on direct bloodline to the race car,” Preuninger says. “If we were to enter the Dakar rally with a Macan or Cayenne – something we have no plans to do – then maybe the Motorsport department would develop that car and bring it to the race, and then I would see a good excuse to make something for the street that is very close. But to just use a badge on a Panamera or Cayenne to make it more attractive would not be credible…”

Things will continue to happen slowly at GT Division, but that’s the way it should be. The department’s total production is tiny compared to Porsche’s global sales, but Preuninger is happy with that. There will be more variants in the future, he says, and shorter gaps between them – but no expansion just to increase volumes.