Speed isn’t inborn. It’s a skill. One racers hone in the gritty world of motorsport.

And there’s a place, half an hour south of Brisbane, where race-hardened drivers will impart you secrets of the craft.

But this tutelage comes at a fee, $1485 in fact, as part of Porsche’s Sport Driving School; a five-stage program designed to boost your skills from rookie to racer. 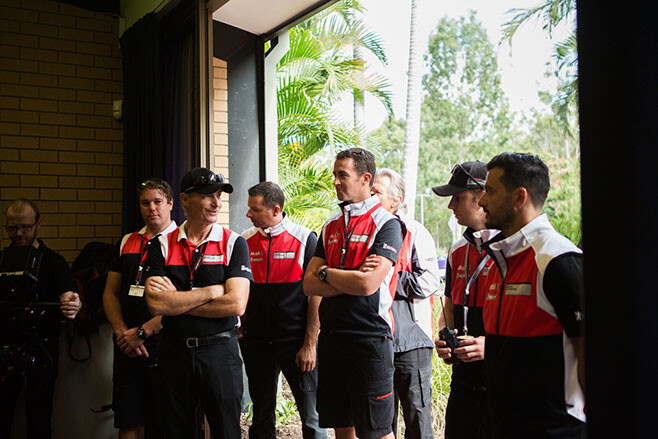 It begins with the Precision course. The day is designed, at a bush shaded complex known as Mt Cotton, to teach drivers ‘the basics of mastering a vehicle’.

It lays the crucial learning blocks for customers who can end up at Master, which involves a full track day in a 911 GT3 road car and telemetry analysis, before eventually finding GT3 Cup – where you strap into a 911 GT3 Cup racer. If their wallet’s big enough.

So Porsche’s most basic lesson is a serious affair. In fact, even experienced MOTOR readers will learn a lot, and fang many Porsches in the process (everything bar GT cars).

Sure, the day alone won’t make you a racing driver. But it’ll get you started. Here are our top-six speed tips from the day...

REACT WITH SOMETHING REPEATABLE

It’s best to counter-steer with a technique that’s repeatable, says V8 Supercar driver Steve Owen. There’s no use saving a yaw movement if you can’t catch the second. SPORT ESP MAKES YOU QUICKER IN THE WET

During a wet motorkhana competition Daniel Gaunt, ex-A1 GP driver, said leaving ESP half on will make the car faster. It’s electronic brain able to manage slip much better than you.

…well, they are. But according to Tomas Mezera, ex-Bathurst winner and the program’s headmaster, engineers are more focused on stiffening a car’s chassis when they design a roll-cage. Drivers are changeable “light bulbs”, he jokes.

Sitting low down in a car not only helps you feel what the car is doing, but also forces you to raise your vision and look further down the road.

Turn into a corner slow and smoothly. Every input should be considered. Remember, where you look, you steer, and that’s where the car will go. 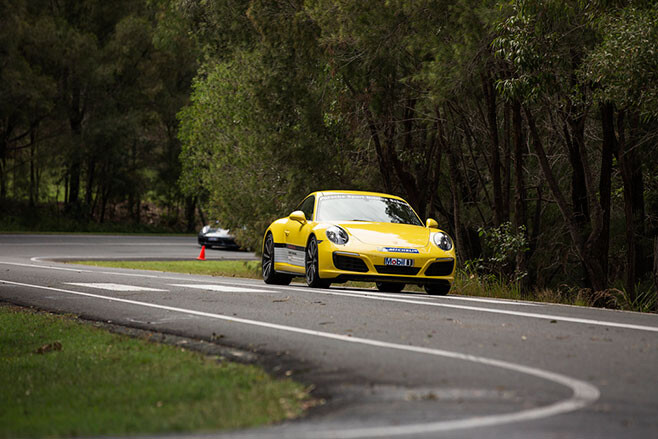 That dead pedal underneath the steering wheel? While a convenient rest during cruise control, it’s also a great way to brace yourself during hard driving – keeping your body firmly in place.