Porsche’s new twin-turbo V8 will raise the stakes on Mercedes-AMG and BMW M with class leading twist and the possibility of hybrid power despite its smaller size.

The reduction in capacity is believed to allow Porsche’s five-door models to limbo under the tax threshold in China. But even with 800cc less it’s claimed to make 404kW/769Nm, the latter online soon as 1960rpm thanks to the turbos now nestled in the unit’s vee. 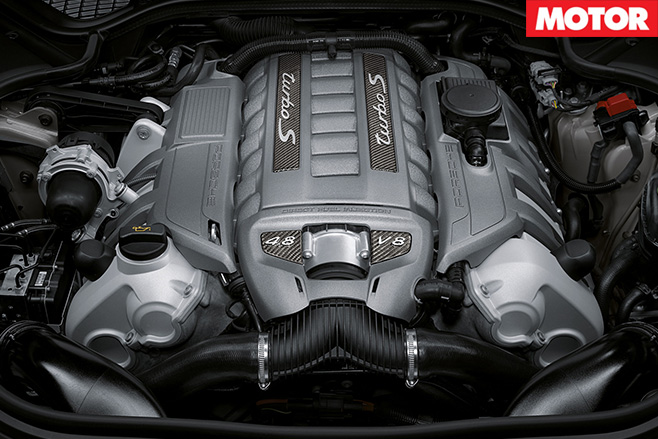 Departing from the undersquare nature of the 4.8-litre, the 90-degree V8 features a square bore/stroke ratio, spanning 86mm for both measurements, and a swept capacity of 3996cc, reports Autocar.

It’ll also be hybrid friendly, laying the path to even more power but also improving its fuel efficiency, which cylinder deactivation technology will improve by 30 per cent.

Destined to find use throughout Volkswagen’s brand empire, the engine’s shares architecture with a 3.0-litre V6 destined for Audi’s new S4. Audi will also drop it into MLB platform cars (A4, A8) where it’ll be married to an eight-speed auto, while it’ll be linked to a dual-clutch eight-speed for Porsche’s MSB platform vehicles.

Expect it to debut in Porsche’s first MSB-based vehicle, the new Panamera, next year.