Third place on the podium in any 11-car comparison is a pretty stout effort.

But when it’s PCOTY we’re talking about and simply making the field is confirmation of legend status, then the bronze medal is an even bigger deal. Still, the AMG GT S is a car that arrives with high expectations, so it’s nice to see that it can walk the walk as well as talk the talk.

AMG admits that the GT S is based on the old gullwing SLS, however we can’t help but think the new version is way better. For a start, it’s diced those dopey gullwing doors for conventional units and, while you can still see the basic proportions of the SLS poking through in places, overall it’s a better looking car.

More practical, too. Or should that be less impractical, because, let’s face it, something this big with but two chairs is no Family Truckster, right? And anyway, there are other AMG models for that role. One of the things the GT S does so well is dispel any fears that the move to turbocharging over large-capacity atmo V8s will spell the end of the dream. True, some manufacturers have struggled to make their turbomotors live and breathe like the good old days, but AMG has shown it can be done. The soundtrack is as good as ever and, with that evil surge of snot when the snails kick in, there’s not much on four wheels that can stay with the GT S once it’s off the chain. I’m not kidding: this thing shifts.

Its performance on the racetrack confirmed that it’s a serious piece of hardware, although its sheer size and bulk plays against it a little in the tighter stuff. But the layout that places your butt more or less over the rear axle, as well as the wonderful surging driveline, gives it that old speedboat-taking-off thing. 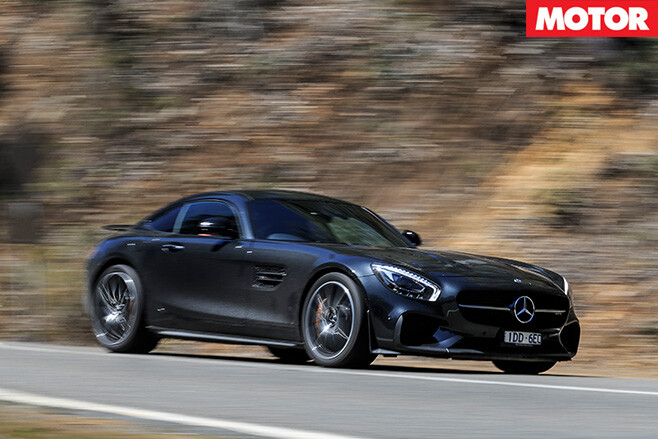 You can almost hear it get up on the plane and settle into whatever cruising speed you’re game enough to dial up. It’s not overly fond of the change of direction once you’re committed, though, so in that sense it still requires some planning to get a lap just so.

It’s expensive, but you should have guessed that. However, in the company of the BMW i8, the Porsche and, to a lesser extent, the Jaguar, the AMG’s near-enough-to-300K sticker is a little less confronting than it would be in isolation.

If you want to pick nits, we reckon it could do with a little less small-amplitude ride control, but, who knows, maybe that would blunt its ability to rattle off the second-fastest lap-time of this year’s crop. The dimensions also mean that it can feel a bit difficult to place accurately out in the world of white posts and centrelines. 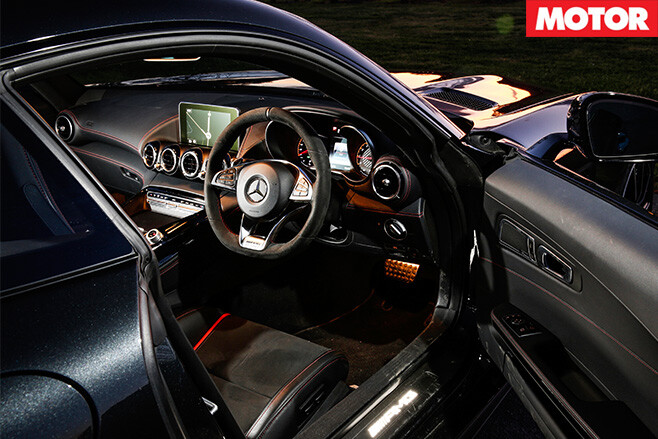 And for all the beautifully made quality bits and pieces on the inside, it still manages to make us wonder a little with its switchgear and gear-selector placement. The row of identical-looking circular switches for example, kind of look cool until you try to actually use them on the run, at which point it all gets a little un-ergonomic.

In the end, though, this is a supercar, so you can forgive stuff like that. And when you do take it out and give it a thrashing as the AMG engineers intended, then it also emerges as a pretty complete supercar. There’s no mistaking what it is and there’s absolutely no mistaking what it’s about once you’ve so much as heard it start up. That the C63 pipped it for second place this year says more about the latter’s practicality and price tag than it does about any flaws the GT S might be harbouring.

On the basis that high-end cars need to make you smile as well as cover miles, the AMG GT S is as worthy a bronze-medallist as we’ve ever seen at PCOTY. 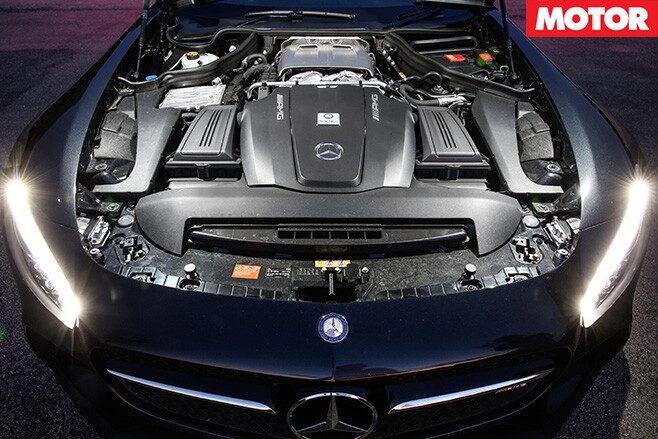 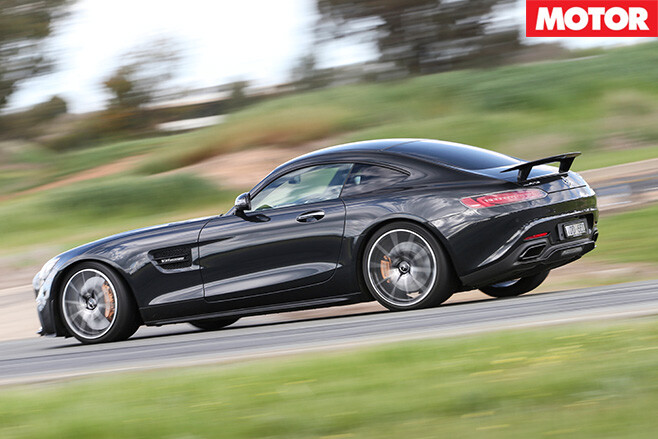 JUDGES' RANKINGS
Dylan Campbell: 4th
“This thing is pretty serious. So, so fast – at times mildly terrifying. Wish it had the C63's steering"

David Morley: 4th
“SLS replacement is a better gullwing for having ditched the, er, gullwings”

Warren Luff: 3rd
“Unbelievable engine and so much grip at the front. A big improvement over the SLS”